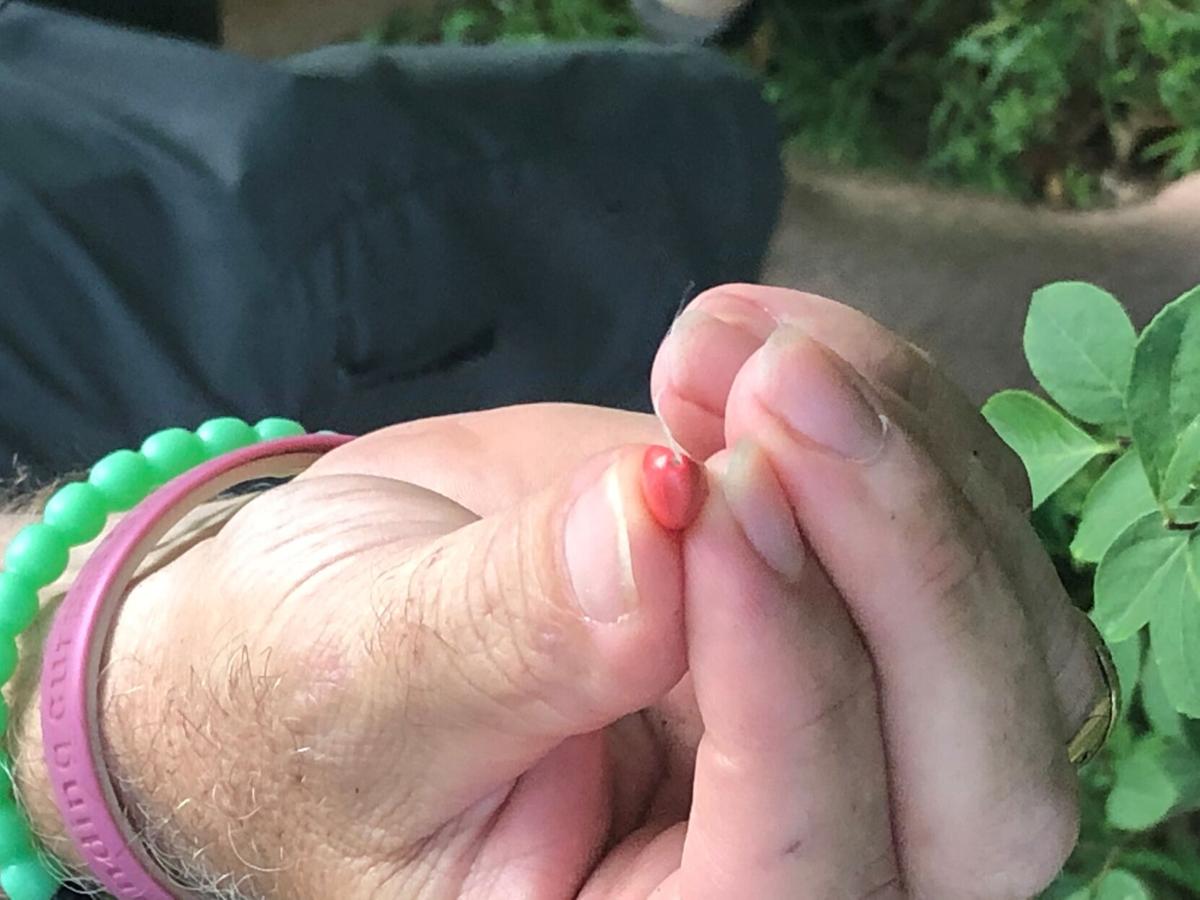 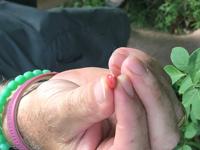 Scott Courtright plucks a seed from a magnolia tree pod to show those participating in 'forest bathing' at LSU Hilltop Arboretum. 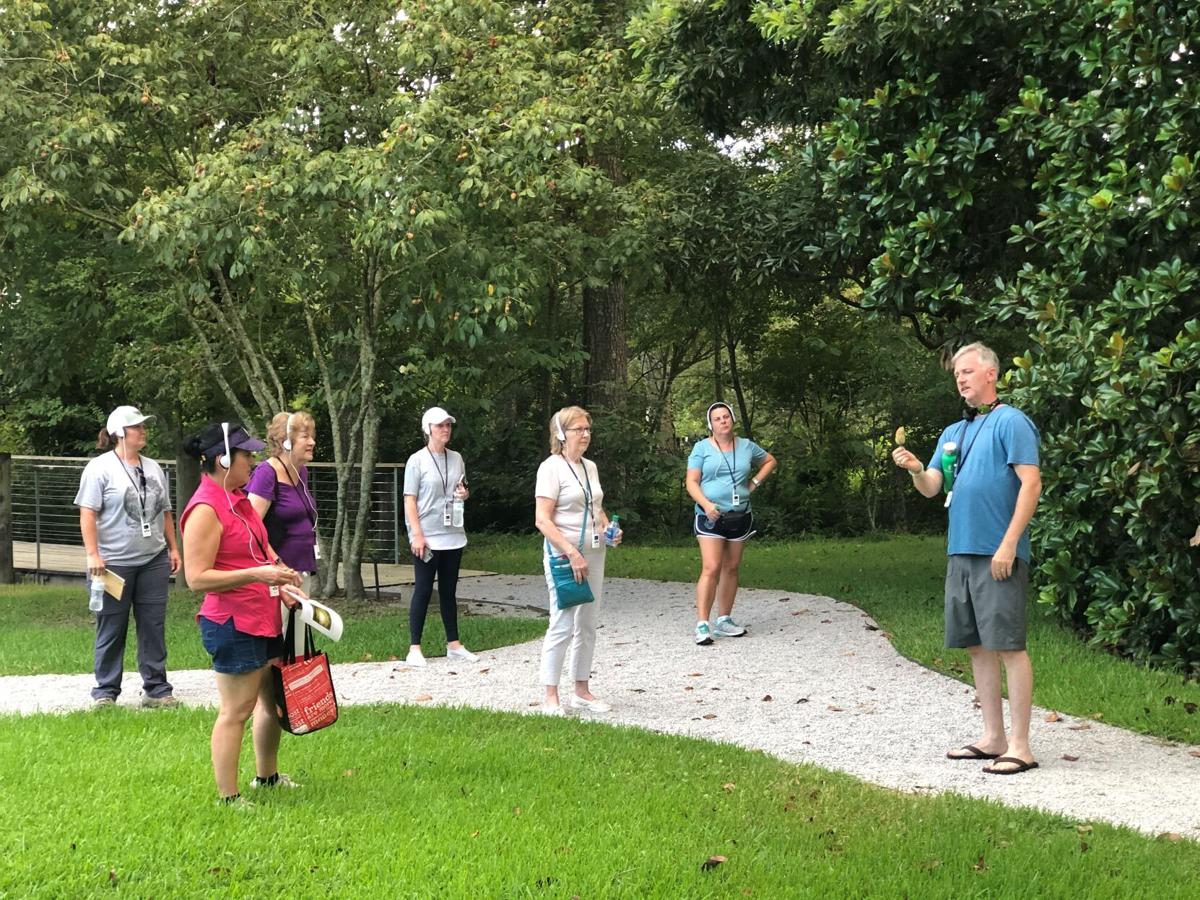 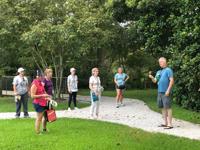 To maintain physical distance while 'forest bathing,' participants listen to Scott Courtright through headphones as they immerse themselves in the sights and sounds of the wooded area at LSU Hilltop Arboretum. 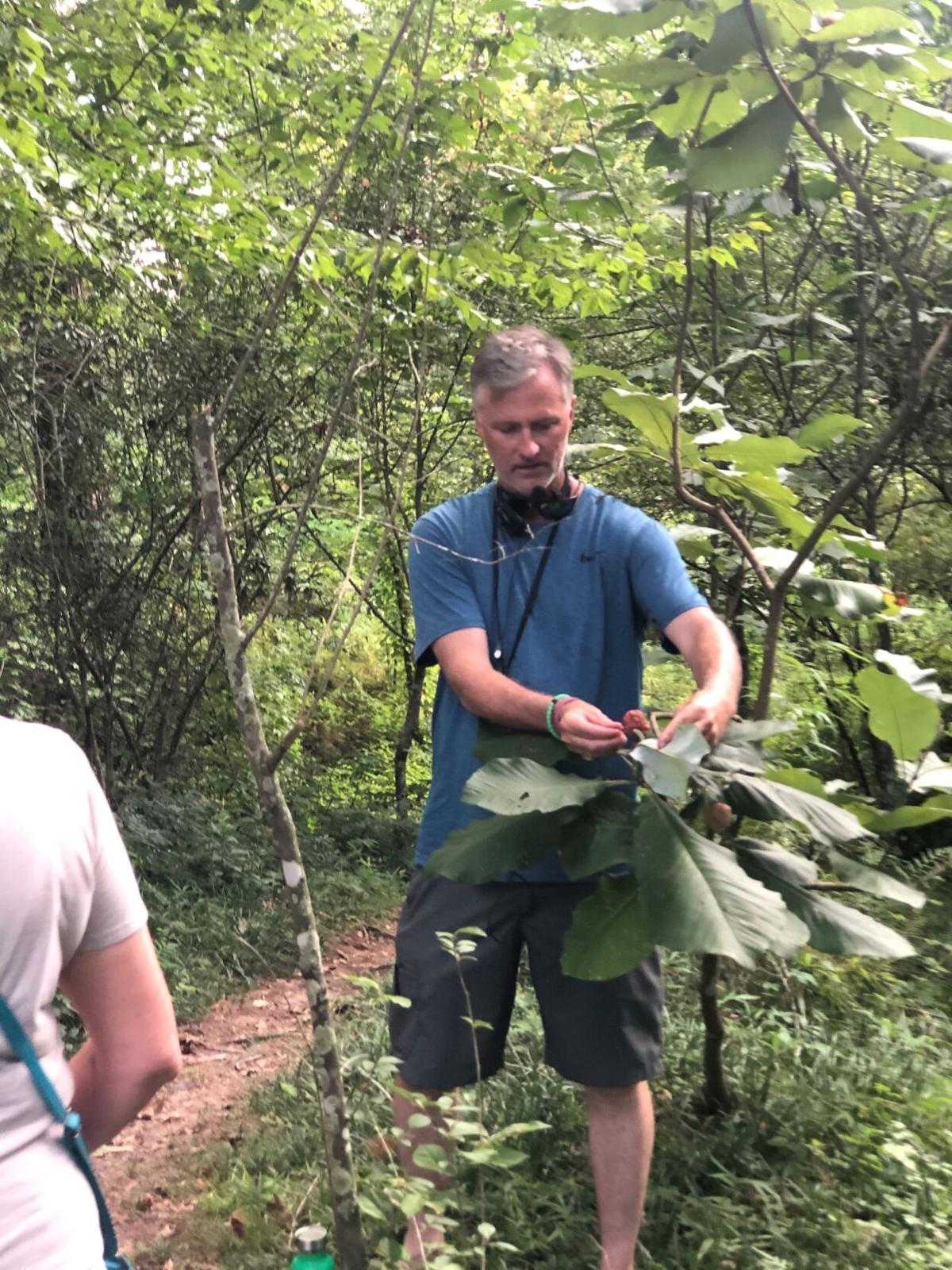 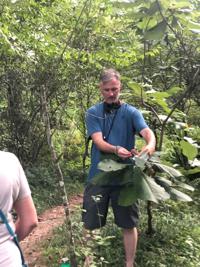 Scott Courtright points out the leaves, seed pods and other details of a magnolia tree during a forest bathing excursion at LSU Hilltop Arboretum.

Scott Courtright plucks a seed from a magnolia tree pod to show those participating in 'forest bathing' at LSU Hilltop Arboretum.

To maintain physical distance while 'forest bathing,' participants listen to Scott Courtright through headphones as they immerse themselves in the sights and sounds of the wooded area at LSU Hilltop Arboretum.

Scott Courtright points out the leaves, seed pods and other details of a magnolia tree during a forest bathing excursion at LSU Hilltop Arboretum.

On a recent Sunday afternoon, a group of people came together for a "bath" out in a wooded area at the LSU Hilltop Arboretum.

And, while it's called bathing, no water was involved. Or bathtubs. And everyone kept their clothes on. Shoes, however, were optional.

Forest bathing, or shinrin-yoku (shinrin means forest, yoku means bath) as it is called in Japan, is immersing or "bathing" yourself in the forest to absorb the sights, sounds, aromas and textures.

It is not hiking. It is slowing down. Stopping. Taking in the surroundings with all of your senses.

“We want to pay attention to the minute details," said Scott Courtright, who conducted the session. "To listen, take in the smells and meditate.”

The excursion is planned for physical distancing, with Courtright speaking to participants through headphones so they can stay 6 feet apart.

Courtright, owner of Trinity Tree Consultants, first asked those assembled in the open-air pavilion to name their favorite tree and why. His, Courtright said, is the magnolia grandiflora, one of which grew in his grandparents’ yard in Bogalusa where he spent many summers.

For him, the giant magnolia tapped into memories: the fragrant smell of the blooms, the seedpods used for combat with playmates, and, most importantly, a safe place to climb and nestle in the branches.

“That tree was my escape from a parent situation (divorce) and from being picked on at school,” Courtright said.

“I try to tap into the nostalgic details of nature at the start of each walk,” Courtright said.

He plucked a leaf off a sassafras tree and crushed it. The "bathers" took in the smell — some said it reminded them of Froot Loops cereal. They learned the roots and bark were once used as the base for root beer. The crushed leaves are still used for gumbo file.

While relatively new in the U.S., the practice of forest bathing began in Japan in the early 1980s, when the Japanese Ministry of Agriculture, Forestry and Fisheries coined the term shinrin-yoku. The idea was to offer an antidote to tech burnout and to inspire residents to reconnect with and protect the country’s forests.

In the U.S., medical researchers who have studied the concept have demonstrated several benefits to health.

“Urban forests reduce health issues, such as respiratory diseases and skin cancer, and promote an active lifestyle which can reduce obesity,” Courtright said.

Stress and low physical activity are two of the leading contributors of premature death in developed nations, he said.

Researchers were able to document a decrease in blood pressure among forest bathers, partly due to relaxation. Also, he said, beneficial compounds found in forest settings, known as phytoncides, can reduce concentrations of stress hormones cortisol and adrenaline and enhance the activity of white-blood cells, boosting your immune system.

Some of the compounds are very distinctive, such as the scent of cedar.

Courtright, a self-described tree hugger, said a career in forestry made perfect sense to him.

“Unfortunately, I knew I wasn’t going to be able to make LSU Tiger Band work as a career,” he said with a laugh.

After working for various companies through the years as an arborist, he started his own company and carves out time to guide folks in forest bathing.

“When my family learned I was starting to do forest bathing classes, my son, 16, asked, ‘Is this a bunch of people who go into the woods who don’t wear clothes?’”