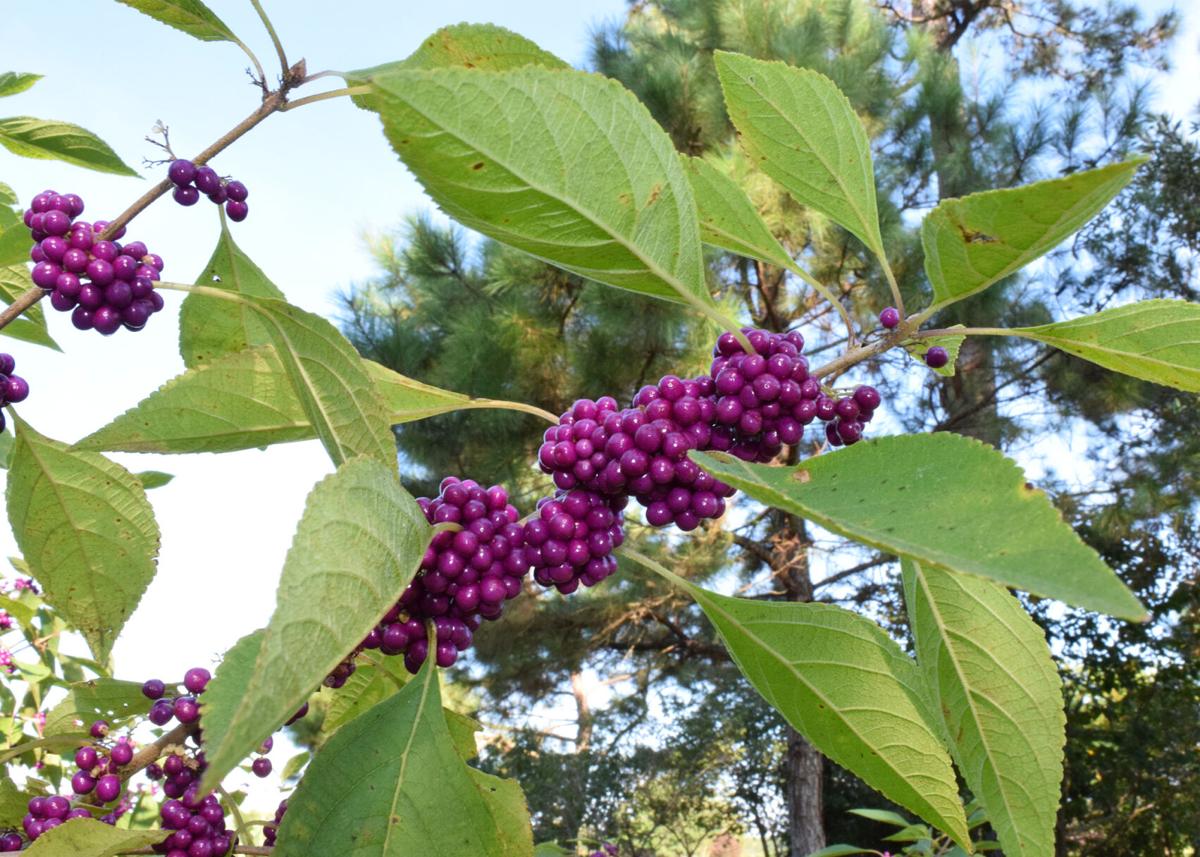 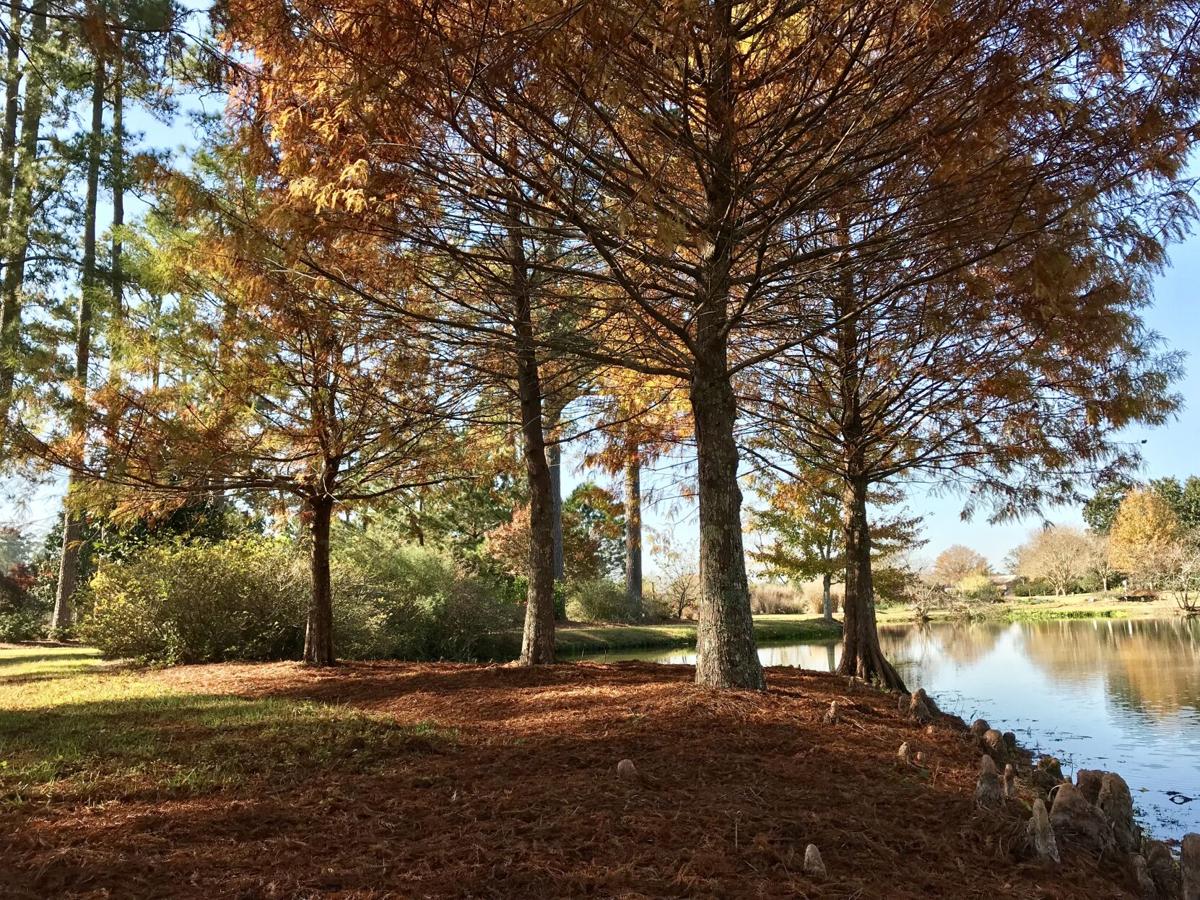 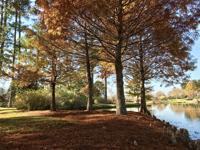 This year marks the 10th anniversary of the Louisiana Super Plants program, an educational and marketing campaign that highlights tough and beautiful plants that perform well in Bayou State landscapes.

Each spring and fall, LSU AgCenter horticulturists unveil those plants evaluated and selected for the list. This fall, two true native woody plants — American beautyberry and our state tree, the bald cypress — made the cut.

American beautyberry (Callicarpa americana) is a deciduous, native shrub of North America that can be found growing naturally in the southeast along the edges of forests, in low rich bottomlands, at the edges of swamps, in piney woods and in coastal woodlands.

In Greek, the genus name Callicarpa means callos, “beauty,” and carpos, “fruit.” And the species americana indicates its origins in America.

The name is fitting for this shrub because of its beautiful, purple berrylike fruit. It produces the most berries when located in full sun and makes for a great understory shrub with a moderate-fast growth rate.

American beautyberry requires very little maintenance. It grows well in most soils, even poor clay soils, and is considered to be both drought tolerant and relatively pest free.

The seeds and berries are an important food source for many songbird species, including robins, brown thrashers, northern bobwhites, purple finches and eastern towhees, in addition to being a nectar source for pollinators such bees and butterflies.

The berries were once used by Native Americans and early settlers in traditional folk medicine. The berries also can be used to make jellies and jams.

American beautyberry is most notable for its seasonal color change and early autumn color here in Louisiana as an ornamental landscape plant. It is available at most local nurseries and can be found growing wild throughout the state.

The bald cypress (Taxodium distichum) is a deciduous conifer native to the southeastern United States and it's Louisiana's state tree.

Bald cypress trees are hardy and strong and have adapted to a wide range of soils, including, dry, wet and swampy areas. They thrive in hot, humid environments with faster growth during hot growing seasons.

Bald cypresses are long-lived and although they have a relatively fast growth as a young tree, growing slows as the tree ages. At maturity, a bald cypress will reach 50- to 70-feet tall and as much as 25-feet wide.

The National Champion Bald Cypress can be found in Louisiana at the Cat Island National Wildlife Refuge near St. Francisville. It is estimated to be 1,500 years old and is 96 feet tall and 56 feet in circumference.

Bald cypress is known for its pyramid shape; ornamental, exfoliating bark; and lacy needles when young. These needles turn a striking russet color in fall before dropping and becoming a natural blanket of mulch. The bark is brown to gray in color, and it forms long, scaly ridges in the trunk that peel off in strips as the tree ages, lending to the name “bald” cypress.

In addition to its use as an ornamental landscape tree, the bald cypress has been used as valuable lumber for building homes, boats, doors, river pilings, cabinetry and more. Cajun pirogues, or the flat-bottomed boats used in the marsh and swampy areas across the state, were typically dug out of bald cypress trunks.

Bald cypress can form “cypress knees,” which provide additional aesthetics for some and headaches for others. While it's not fully understood why cypresses grow knees, it's thought they help bring oxygen to the roots and provide support to the tree. Knees can form in both wet and dry environments.

Homeowners should always take into account the possibility of knees and consider concrete driveways and sidewalks when deciding where to plant a bald cypress. It should be as far away as possible from homes, septic systems and swimming pools.

Bald cypress trees are a great choice for planting around lakes and ponds for stabilizing the soil near the water’s edge in addition to the aesthetic beauty they add. Bald cypress is able to withstand strong winds even in marshy soils due to its strong, durable wood.

Many wildlife, including birds and fish, rely on these trees for nesting, food and shelter throughout the year in marsh and swampy areas.

Those tiny moths you see are producing webworms that are killing your lawn; here's what you can do

Across the state, lawns are in trouble.