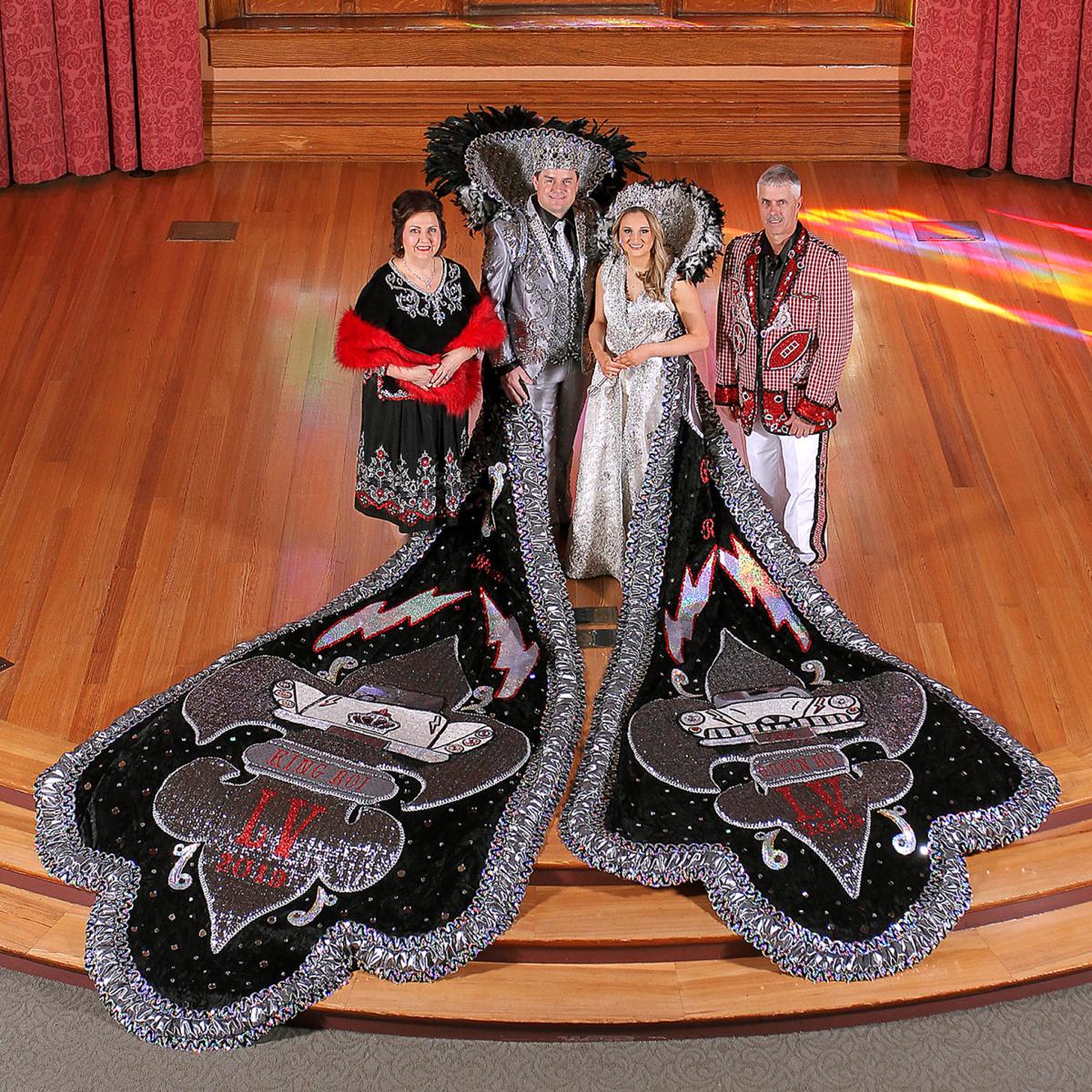 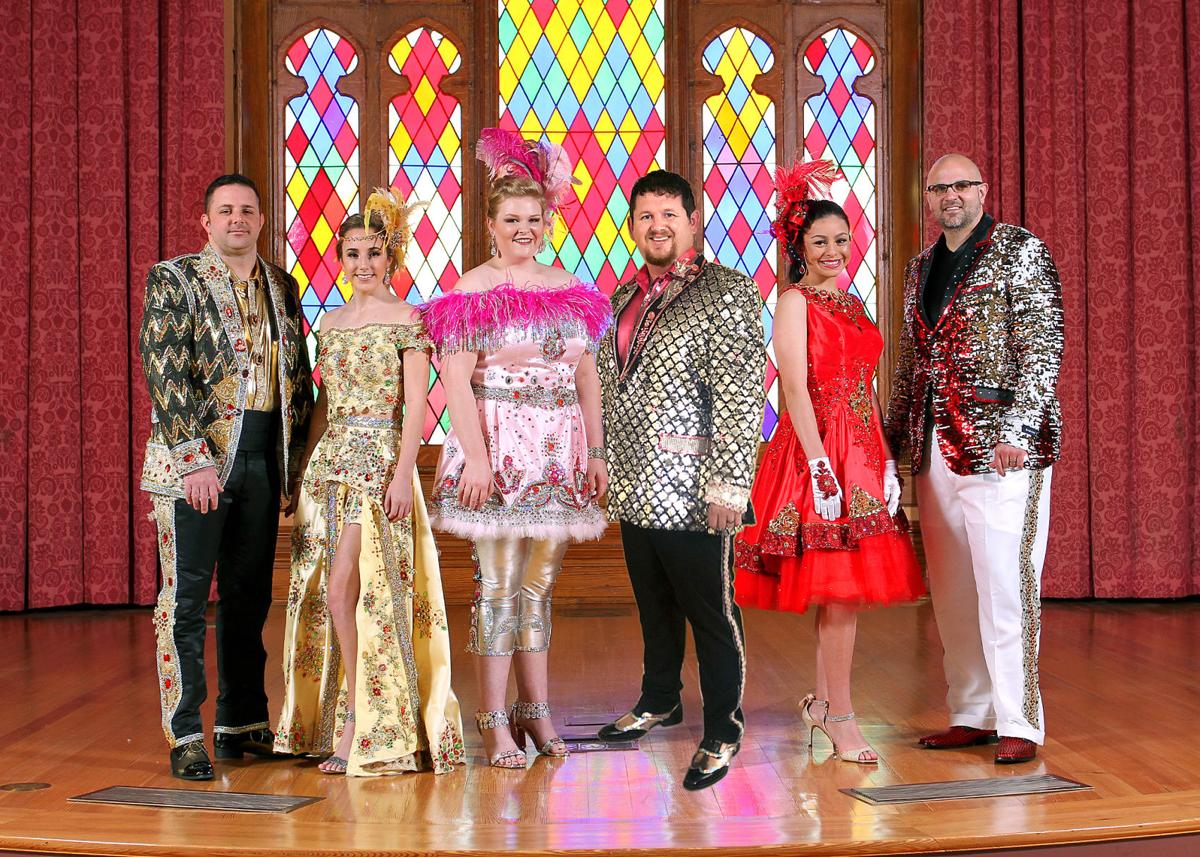 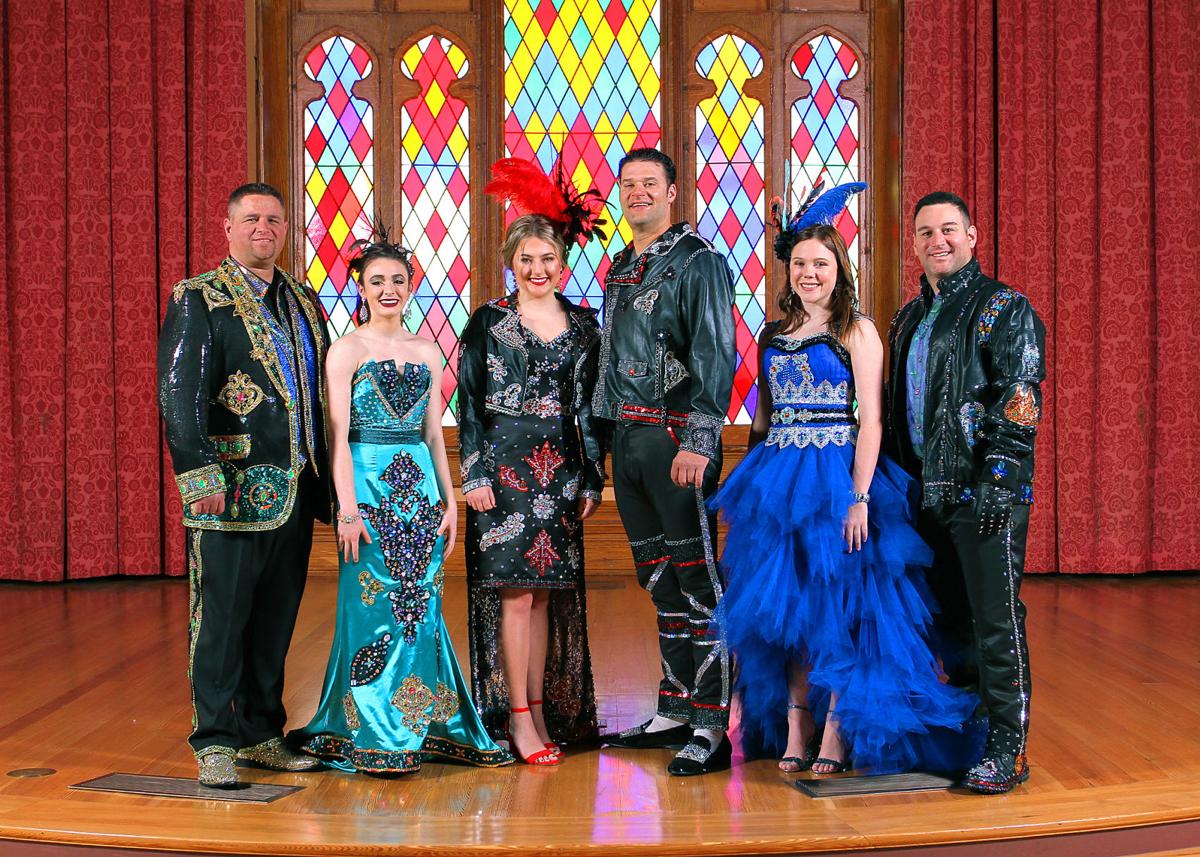 With a theme of "Grease: The Reunion," King Roi LV Daniel Durand reigned as Danny and Queen Roi LV Devin Catherine Durand as Sandy. The queen is the daughter of Daniel and Janeé Durand.

Masters of ceremonies John Morgan and Britni Landry welcomed members and guests. Morgan opened the tableau with the singing of the national anthem and a moment of silence honoring those deceased, followed by the presentation of the returning 2018 Royal Court.

A pep rally kicked off the evening’s tableau featuring a performance by the MSA West competition cheer team, as well as children and grandchildren of the krewe.

Then characters of "Grease" gathered for their 40th class reunion at Roidell High.

Tom and Patty were represented by Timothy Fabre and Kamryn Messina, daughter of Amanda Fee and Brandon Messina and granddaughter of krewe member Hal Martin.

Then came Doody from Frosty Palace Diner and beauty school dropout Frenchie, portrayed by Leon Guillory and Lydia Richard, daughter of Alison Richard and David Richard and granddaughter of members Danny and Patsy Williams. She was serenaded by her guardian angel, which was performed by the Chase Tyler Band.

Jan and Putzi, portrayed by Sydni Schnebelen and Landon Courtade, then entered the reunion. Schnebelen is the daughter of members Donnie and Jeri Schnebelen.

Portraying Marty was Katie Carville, daughter of members Brian and Tina Carville, along with her T-Bird boyfriend-Sonny, portrayed by Mark Graves.

Next to the party came the T-Birds and Pink Ladies rivals, with Richie Bolotte playing Scorpion member Leo and Victoria “Lillie” Bradford as Cha-Cha. Bradford is the daughter of Jerry and Amy Bradford.

High school sweethearts Rizzo, played by Madison Schnebelen, and Kinickie, played by Monty Migliacio, were next introduced. Schnebelen is the daughter of members Donnie and Jeri Schnebelen.

All Greasers gathered and waited at the carnival for the finale of the tableau, which began with a flashback performance of “You’re the One that I Want” by a young Danny and Sandy, played by Seth Landry and Dannie Clare Durand, as well as other children of the krewe.

Following a royal toast and grand promenade, the Chase Tyler Band provided entertainment for the evening.