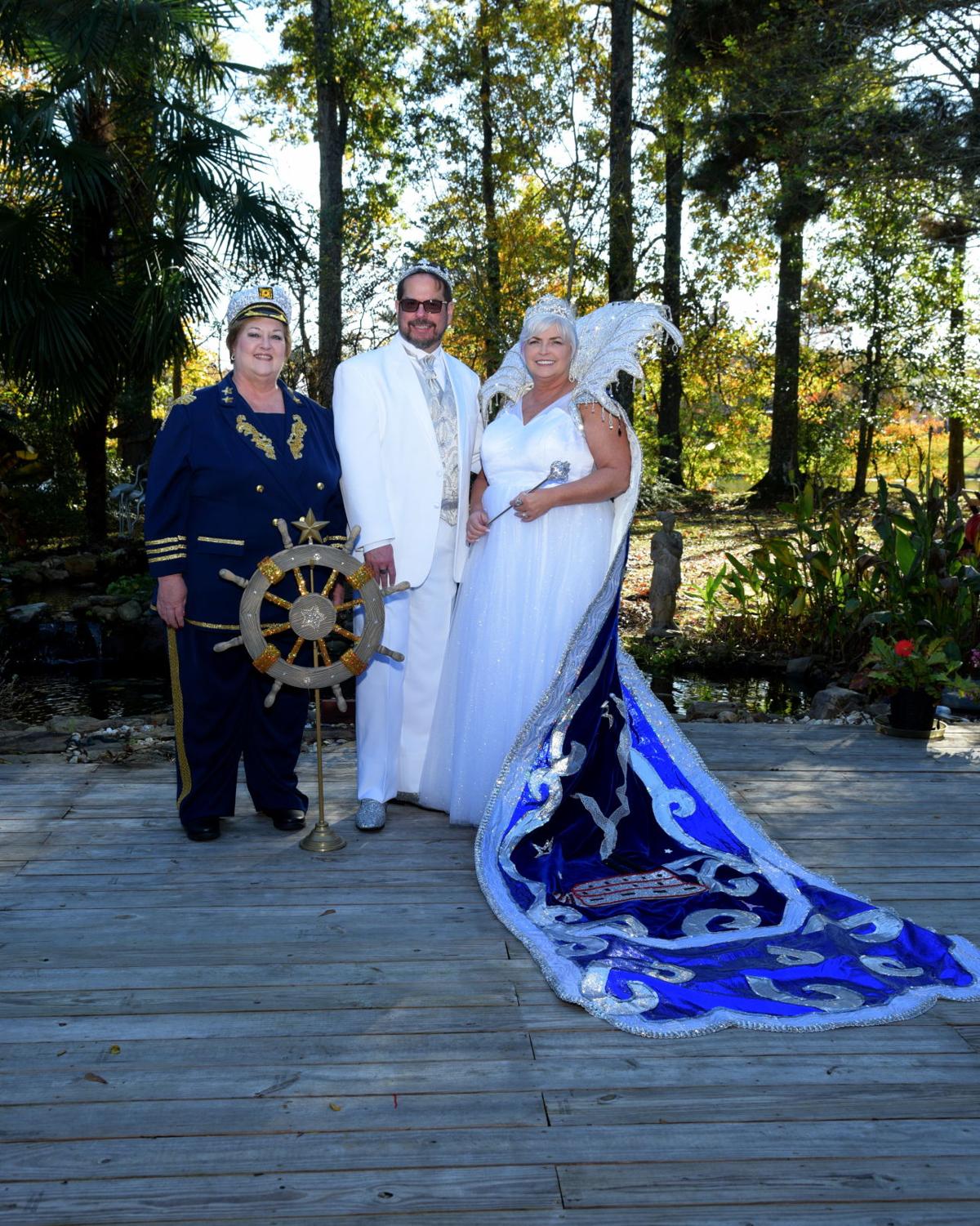 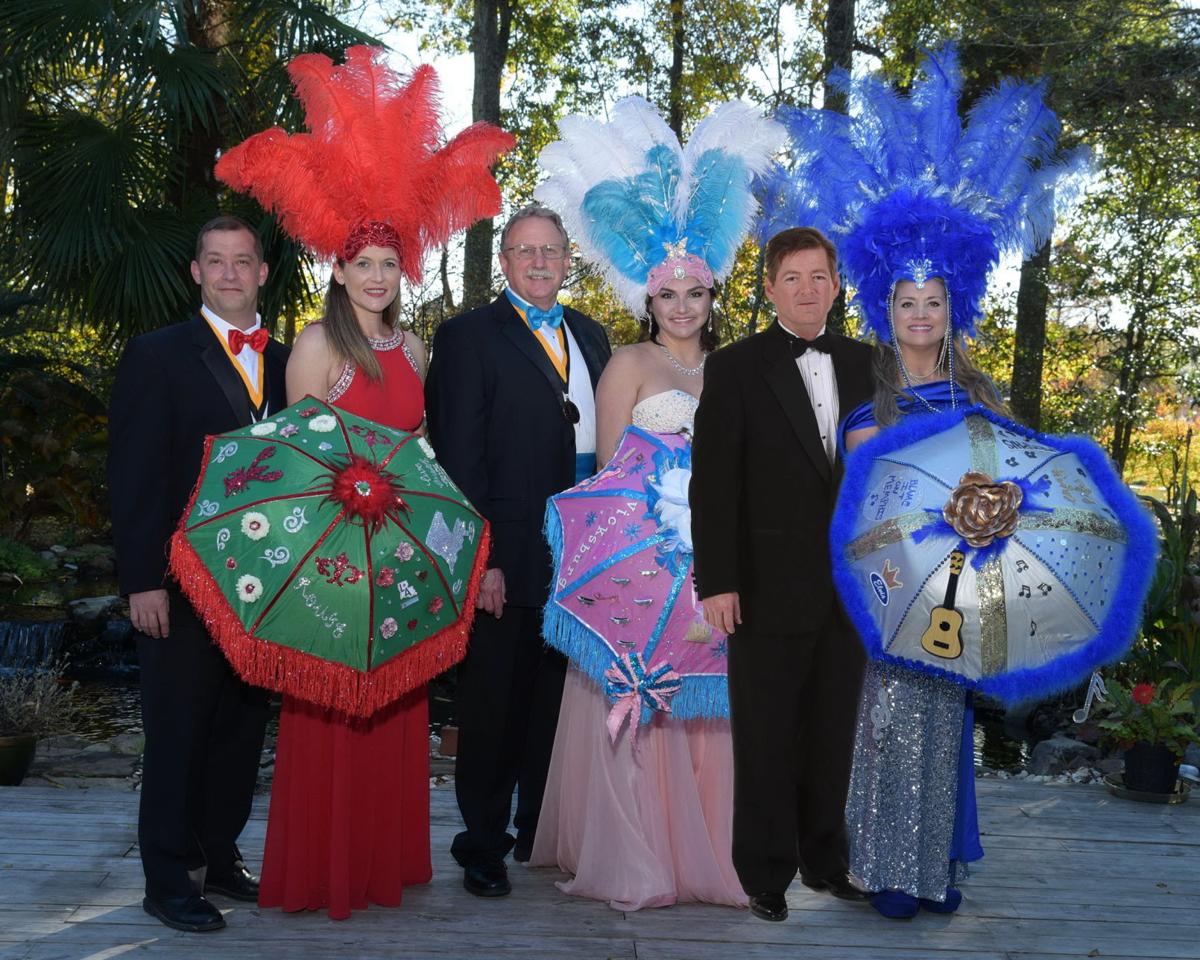 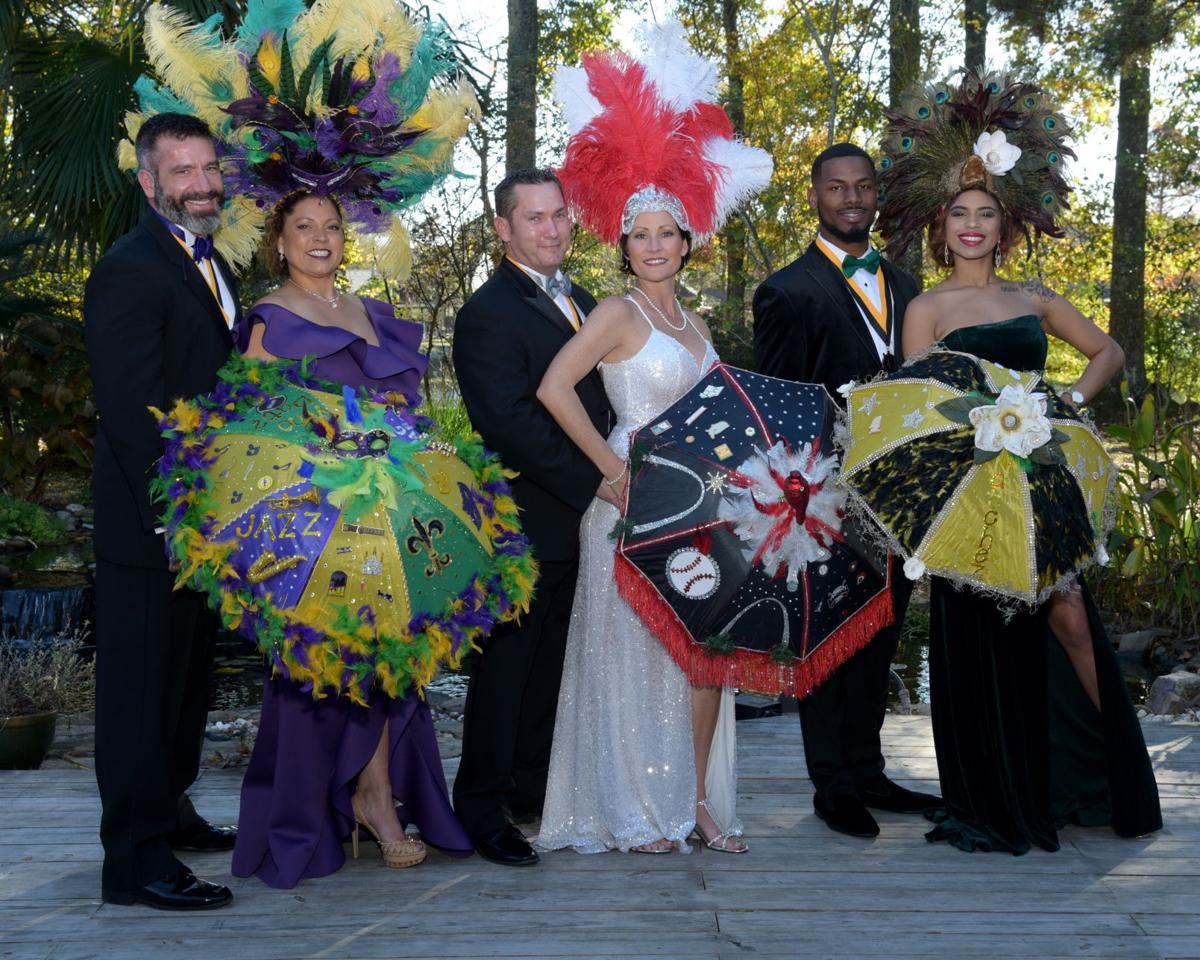 The American Legion Hall on Wooddale Boulevard was the venue for the Mystic Krewe of Desk and Derrick’s 58th annual Industry Appreciation Mardi Gras Ball. “Along the Mighty Mississippi” was the theme as the krewe visited cities along the river.

Queen Dee Fellows and King John McCormick, who is retired from ExxonMobil Refining and Supply, reigned over the gala.

Handmaidens to the queen were Nadya and Arden Chandler. Page to the king was Caden Dix.

The evening began with the final promenade of the 2018 royalty, Queen Cherri Kinsey and King Earl Heard, of BIC Alliance. Ball Captain Jan Sauls made her entrance costumed as a ship’s captain complete with a pilot’s wheel for the journey to several river ports.

Memphis, Tennessee, was portrayed by Elena Branzaru, escorted by Keith Schell, with Olin.

The Natchez Trace was portrayed by Jade Waldron, escorted by William Wyatt, of Advanced Auto Parts.

Representing Baton Rouge was Jennifer Thompson, who was escorted by John Thompson, of the Department of Veterans Affairs.

Following a toast to the queen, the court had a grand march to the second line, tossing beads to the guests. Following the tableau, members and guests danced to the music of the Don, Jared and Konspiracy Band.