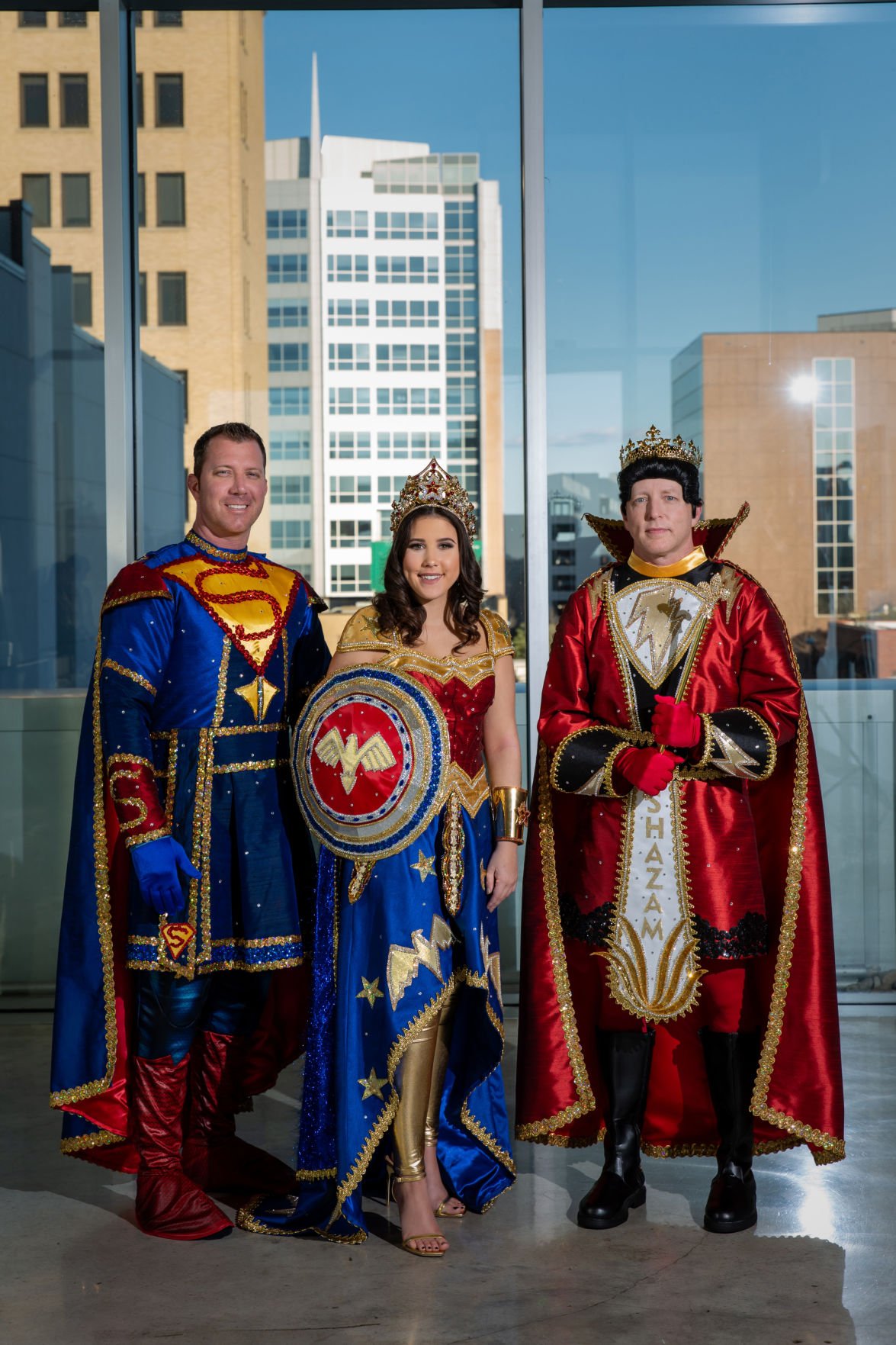 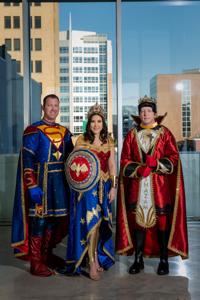 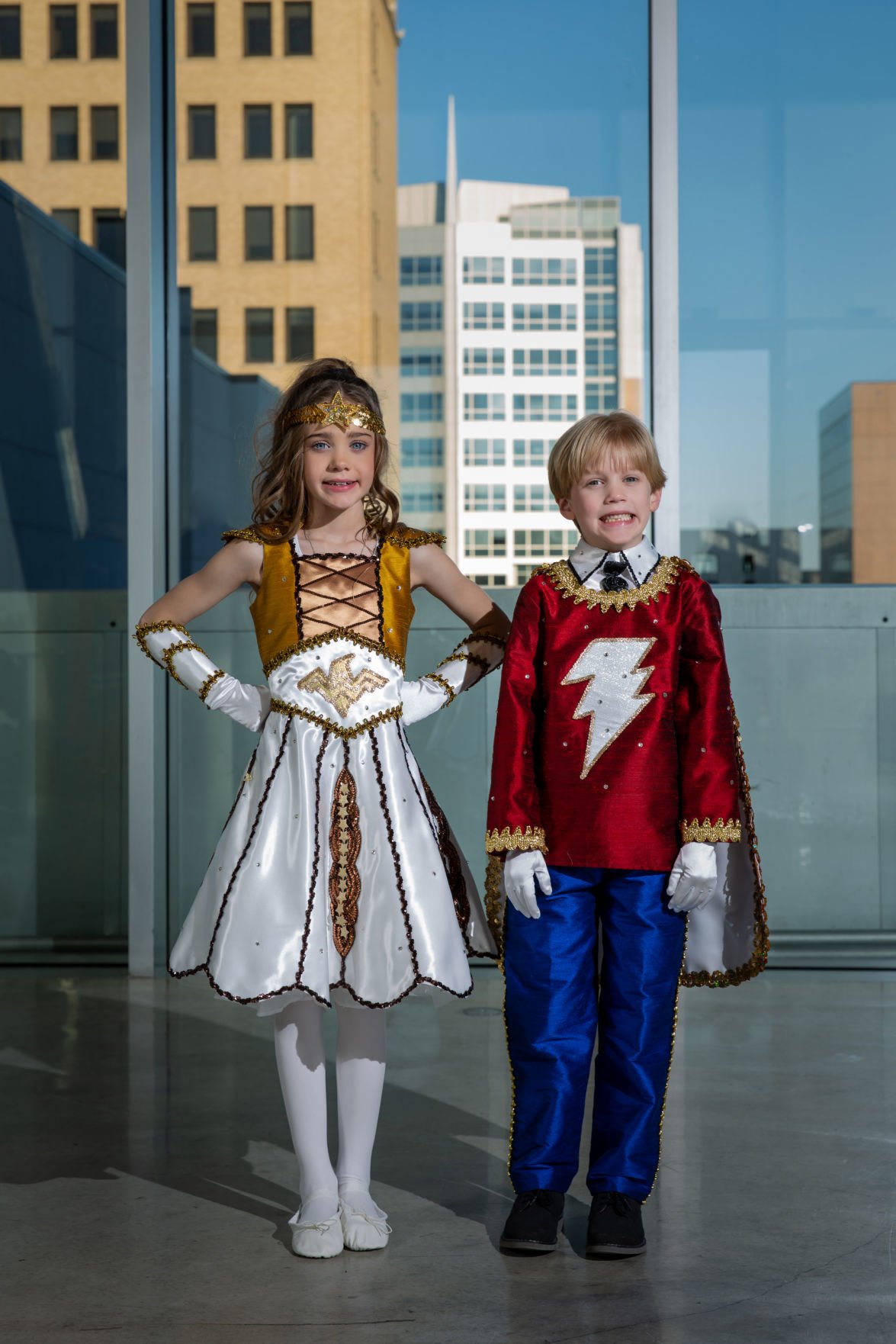 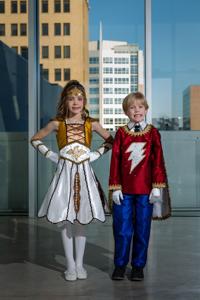 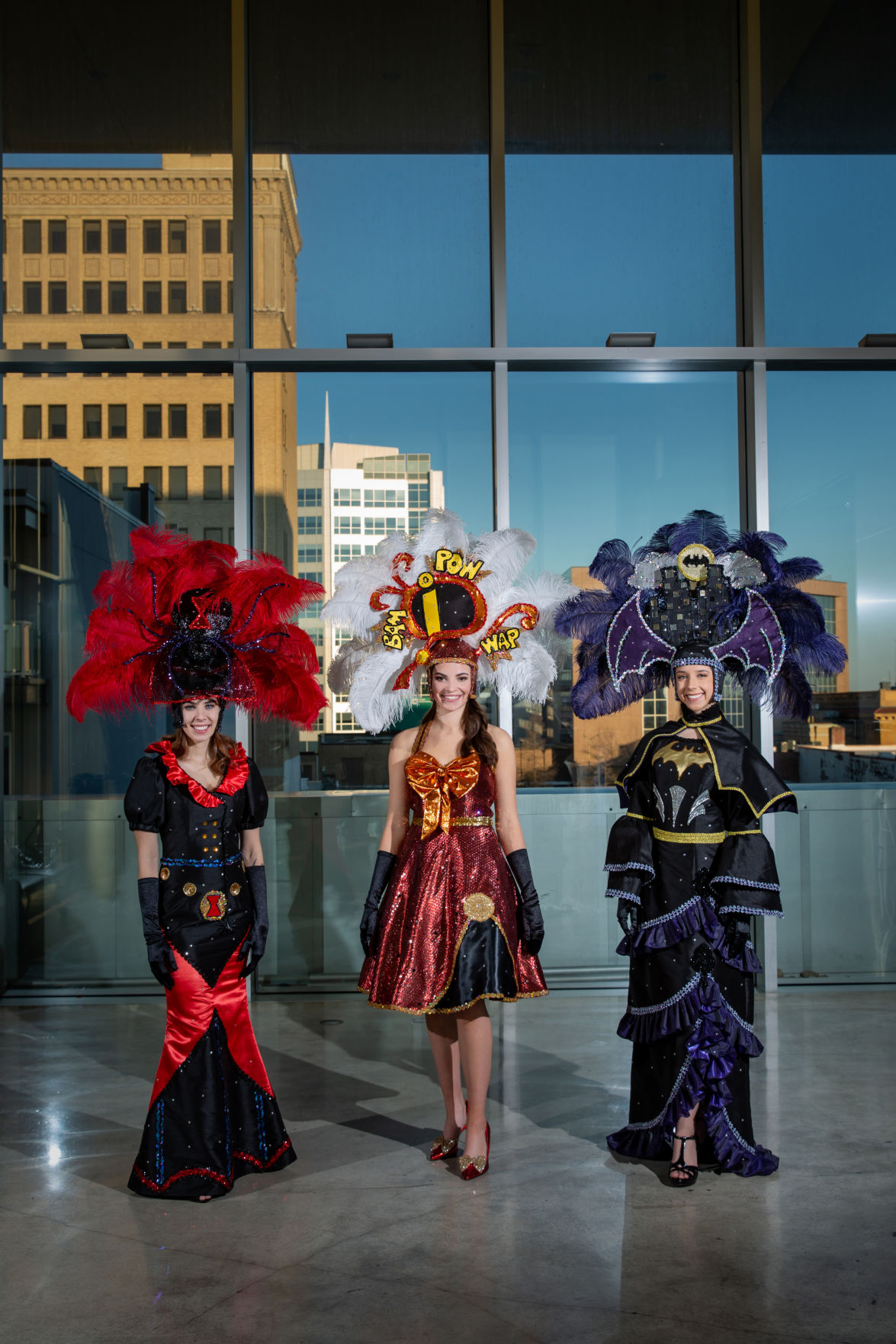 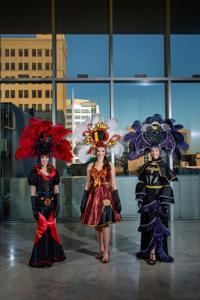 Amanda Jane Ourso sang the national anthem to open the ball, where the stage featured vivid oversized cartoon images and captions from favorite superheroes. A cascading backdrop of lightning bolts and stars framed the throne of King and Queen Tucumcari LXXIII.

Krewe President Joey Culmone passed the ceremonial ball captain’s whistle to 2020 ball Captain Brandon Brion Broussard, portraying Superman. Broussard is an operations supervisor at Shell — Norco Manufacturing Complex. He was a duke in 2019. He is married to Angela Fabre Broussard, and they have three children.

Broussard whistled to call forth krewe members, who entered the ballroom sporting purple and gold capes to celebrate the LSU Tigers as they paraded and threw beads to “Get the Gat!”

King Tucumcari LXXIII John Dixon Allen then entered as Shazam. A duke in 2009, Allen is retired from Reliant Energy and is now a stay-at-home dad.

The king’s page was Jack Dalton Allen, son of the king and his wife, Jamie Webb Allen, and sister of Queen Tucumcari LXX London Allen Fougerousse and this year's queen.

Queen Tucumcari LXXIII Sloane L’Anne Allen made her debut as Wonder Woman. She is the daughter of the king and his wife and was a maid in 2017. She is a senior at Baylor University in Waco, Texas, and will enter the master’s program this summer.

The queen’s page was Brooklynn Grace Broussard, daughter of the ball captain and his wife.

The maids, escorted by dukes, then entered representing various heroines.

Maggi Claire Barksdale, daughter of Jon Erik Barksdale and Josephine Michel Barksdale, was Elastigirl. She is a senior at St. Joseph’s Academy and was escorted by her father.

Riley Claire Richard appeared as Bat Girl. The daughter of Jason and Brandi Jobes and Allen Richard, she is a senior at St. Amant High School. Her father served as her escort.

The tableau concluded with President Joseph “Joey” Culmone offering the toast of Tucumcari to celebrate the reign of the new court. At 11 p.m., Culmone led a traditional second line dance.