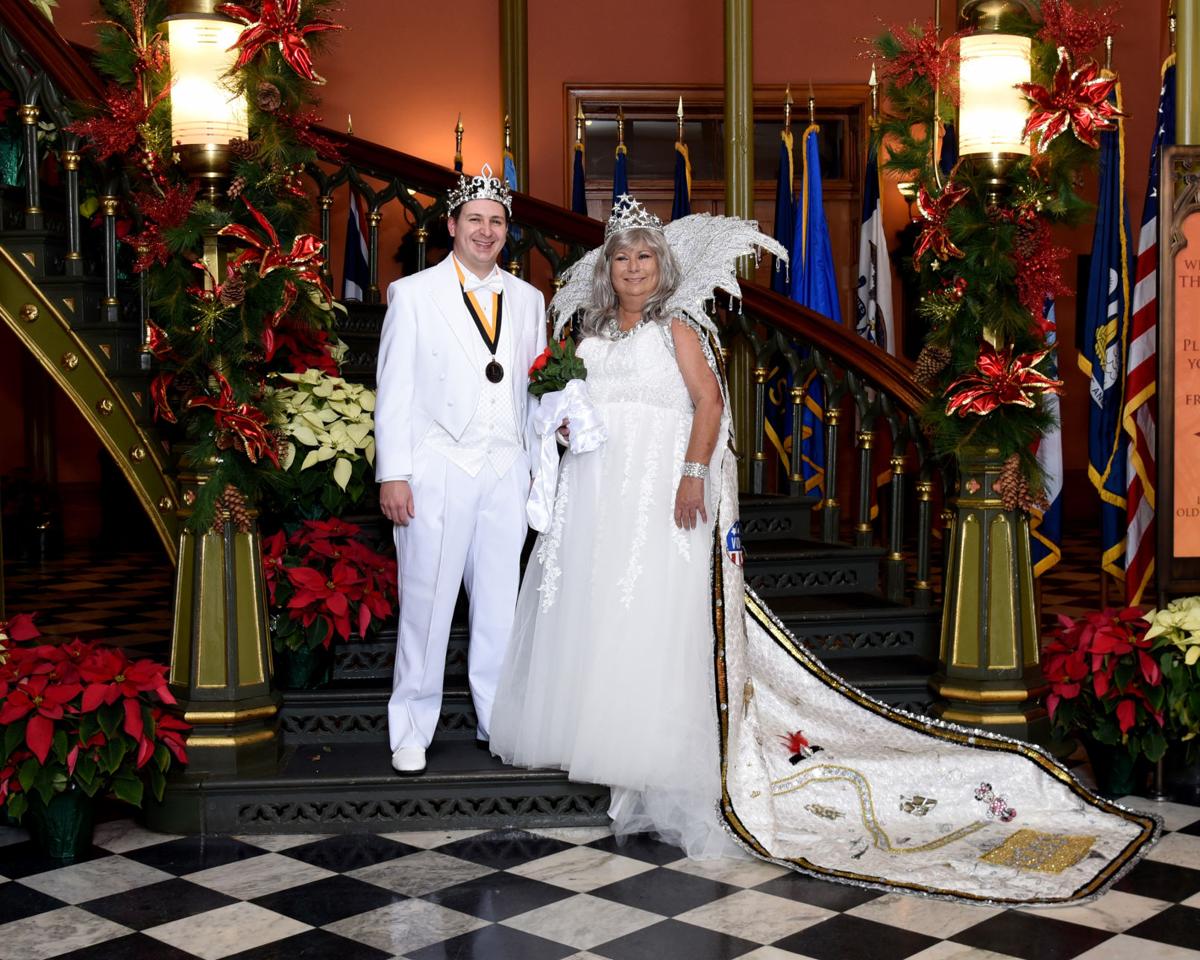 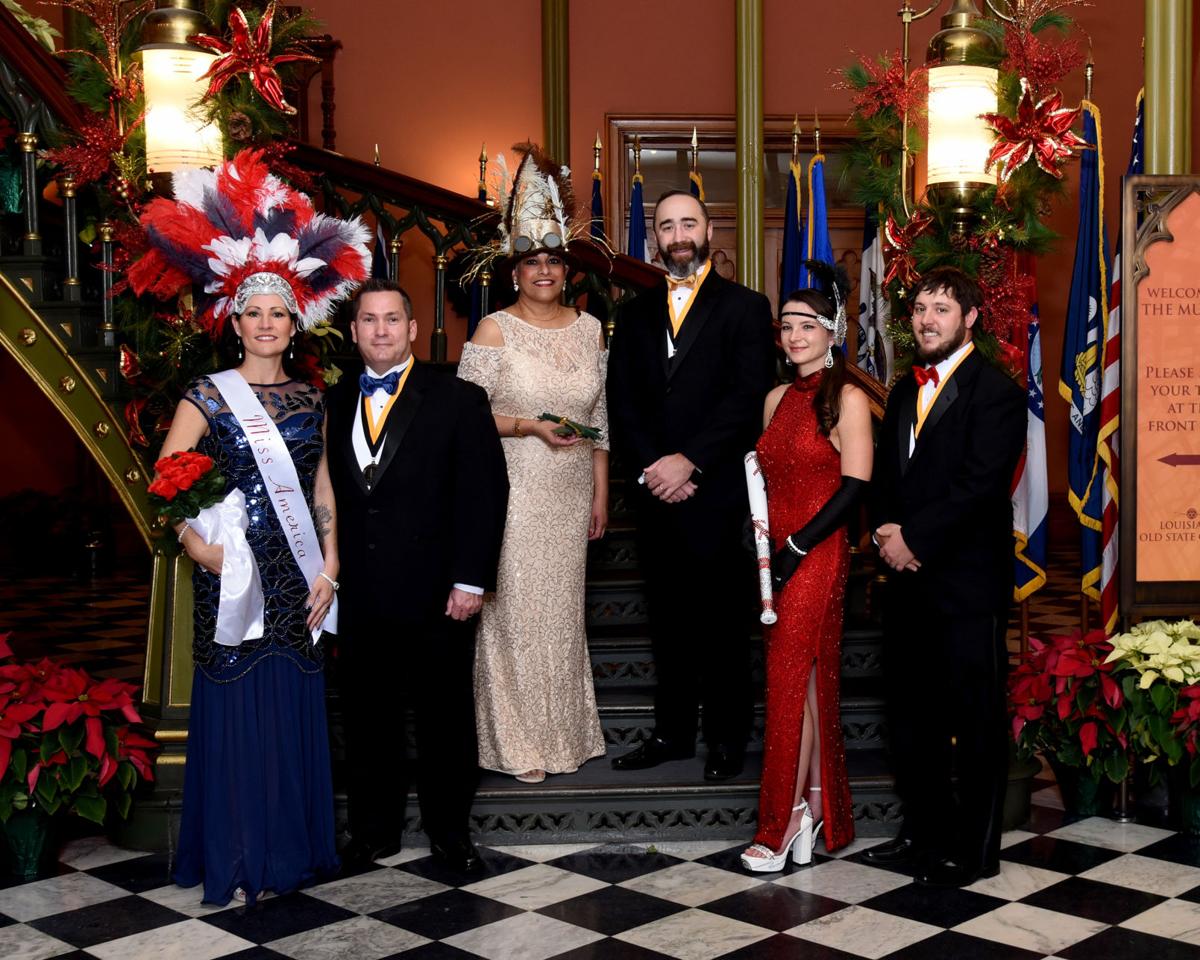 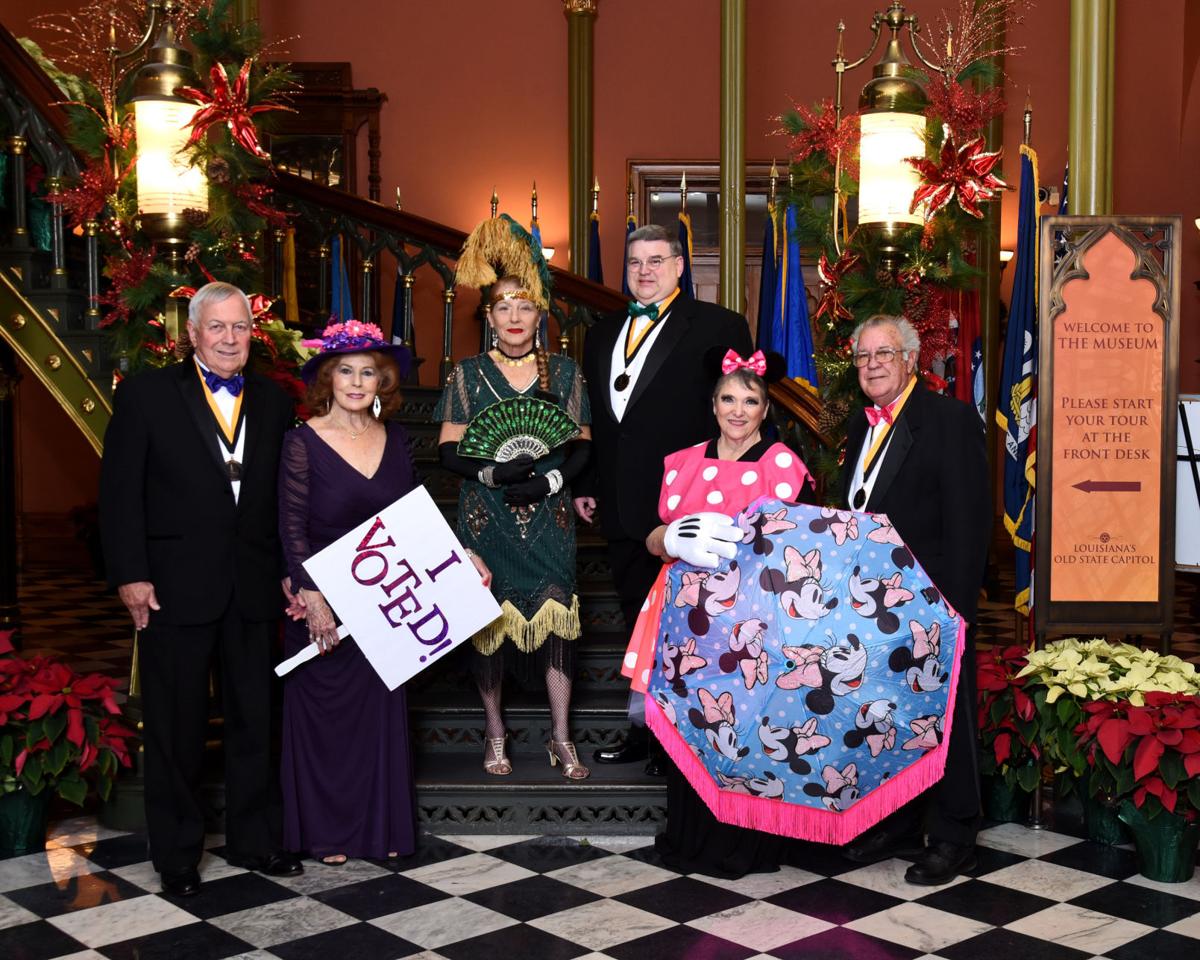 “The Roaring 20s, Then and Now” was the theme of the Mystic Krewe of Desk and Derrick’s 59th annual Industry Appreciation Mardi Gras Ball held Jan. 11 at the American Legion Hall on Wooddale Boulevard.

Queen Lisa McCoy, of Real Motion Notary Services, and King Graham Ulkins, of WAFB Channel 9, reigned over the gala that showcased events from the decade of the 1920s.

Ball Co-Chairwoman Lois Folse welcomed members and guests and Vice President Angie Corvers introduced Chuck Perrodin, with the Coastal Protection and Restoration Authority, as master of ceremonies for the pageant.

2019 Queen Dee Fellows and King John McCormick, retired from ExxonMobil Refining and Supply, made their final promenade, then ball Captain Cody Jokinen, with After 5 Formal Wear, opened the decade portraying a 1920s gangster.

On this year's court were Leigh Pitchford, escorted by Jim Pitchford, with Annuity Marketing Services, who portrayed the victory of the suffragettes winning the right to vote in 1920 with the passage of the 19th Constitutional Amendment.

Representing the first radio broadcast of a play-by-play baseball game, the 1921 World Series, was Kareena McCoy, escorted by Paul McCoy, of Real Motion.

Portraying the Flapper, symbol of the new woman and the Jazz Age, was Alphia Medine, escorted by Steve Albin, with Shell.

Handmaiden to the queen was Penny Pepper Saucier. Stage attendants were Phillip Rupp, with Honeywell, and Christopher Rupp, with Custom Actuation and Machine Service.

Following a toast to the queen, the court held a grand march while tossing beads to the guests who then joined in. Following the pageant, the Don, Jared and Konspiracy Band provided the music.