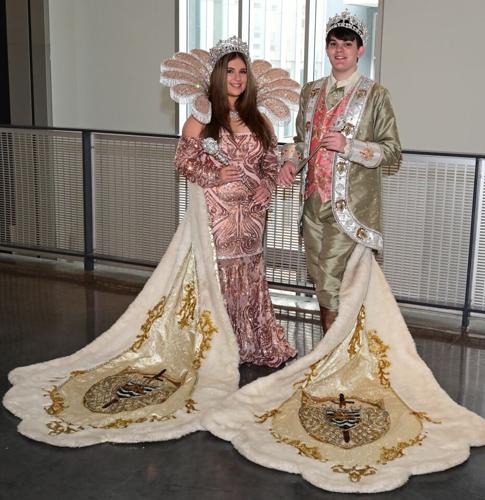 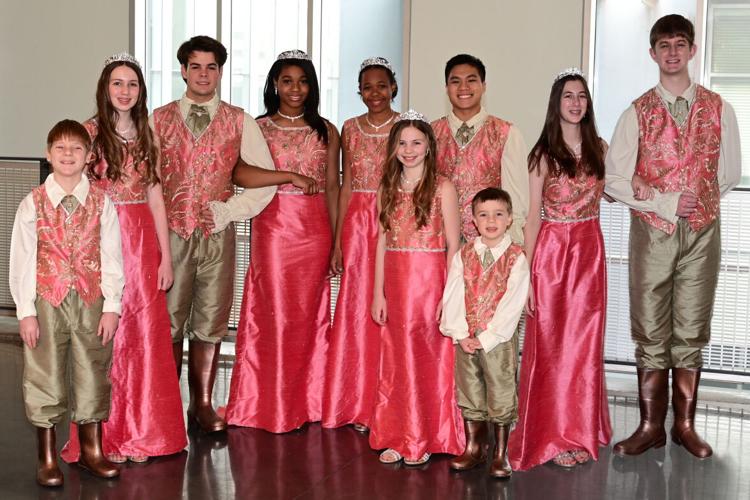 “Wishing Upon A Star” was the theme for the Krewe of Lyonnesse 24th annual Mardi Gras ball on Saturday in the Riverview Room of the Hilton Capitol Center.

King Lyonnesse XXIV Adam Rodney Tessmer and Queen Lyonnesse XXIV Elizabeth Alexandra Odeh reigned over the festivities. President Carol Mosely-Breland welcomed members and guests to the Royal Hall of Lyonnesse. This year’s ball captains are Melanie Uzee and Annette Droddy. Serving as mistress of ceremonies was Marisa Nuzzo, a meteorologist at WBRZ. King Lyonnesse XXII Ben Papizan blew the opening whistle and led the krewe in the Pledge of Allegiance.

The queen is the daughter of Mary E. Roper and Eiad M. Odeh. A sophomore at St. Joseph’s Academy, she is the granddaughter of Sudquia Abu-Jaish and the late Mohammed Odeh, Mary Ann Daws Roper and Mitchell Lee Roper.

The king's parents are Dawn Guillot Tessmer and Edward “Eddie” Tessmer. He is a junior at Catholic High School and is the grandson of Mary Comeaux Guillot and the late Rodney Guillot, Jeanine Tessmer and Paul Tessmer.

The mission of the Krewe of Lyonnesse is to celebrate the family, while enjoying the southern Louisiana tradition of Mardi Gras. Lyonnesse consists of children age 3-high school students, who take part in its ball processional and ride in the Southdowns Parade. Founded in 1996, it takes its name from the tale of Lyonnesse in "The Legends of King Arthur."