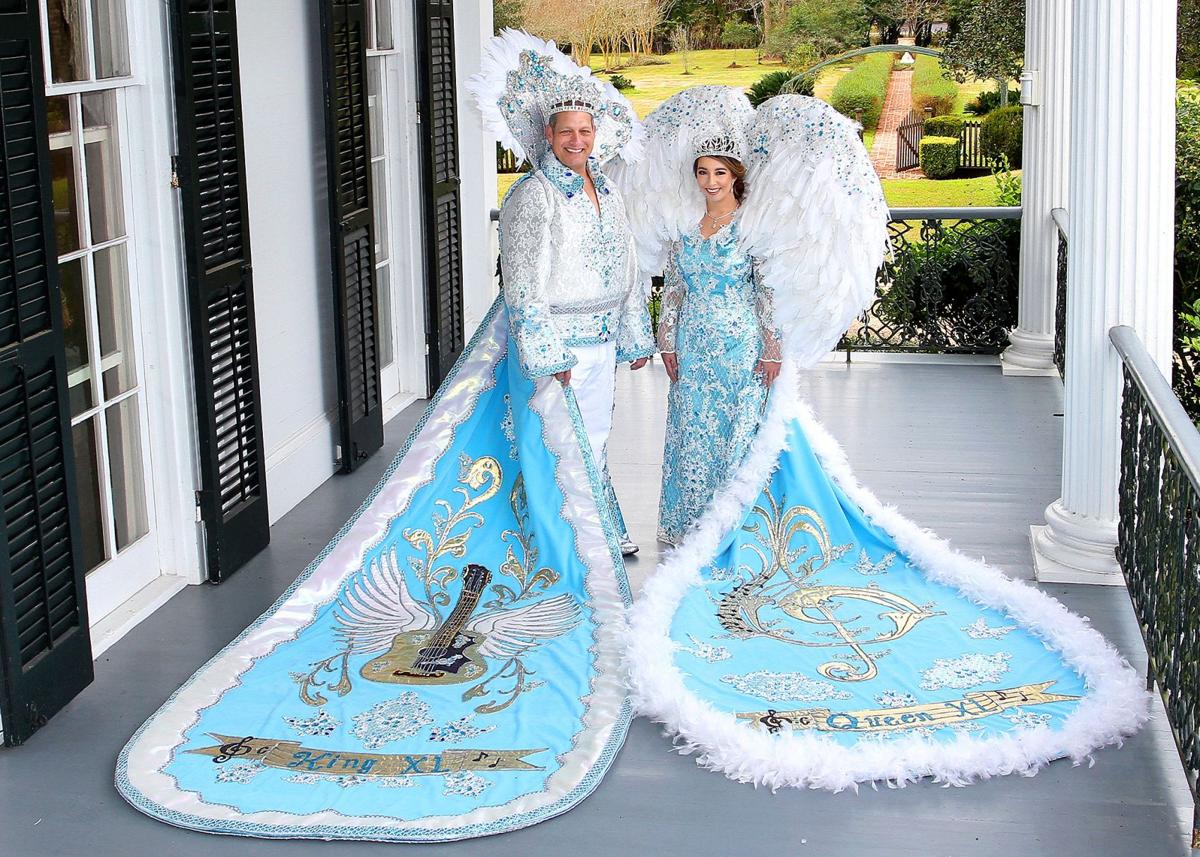 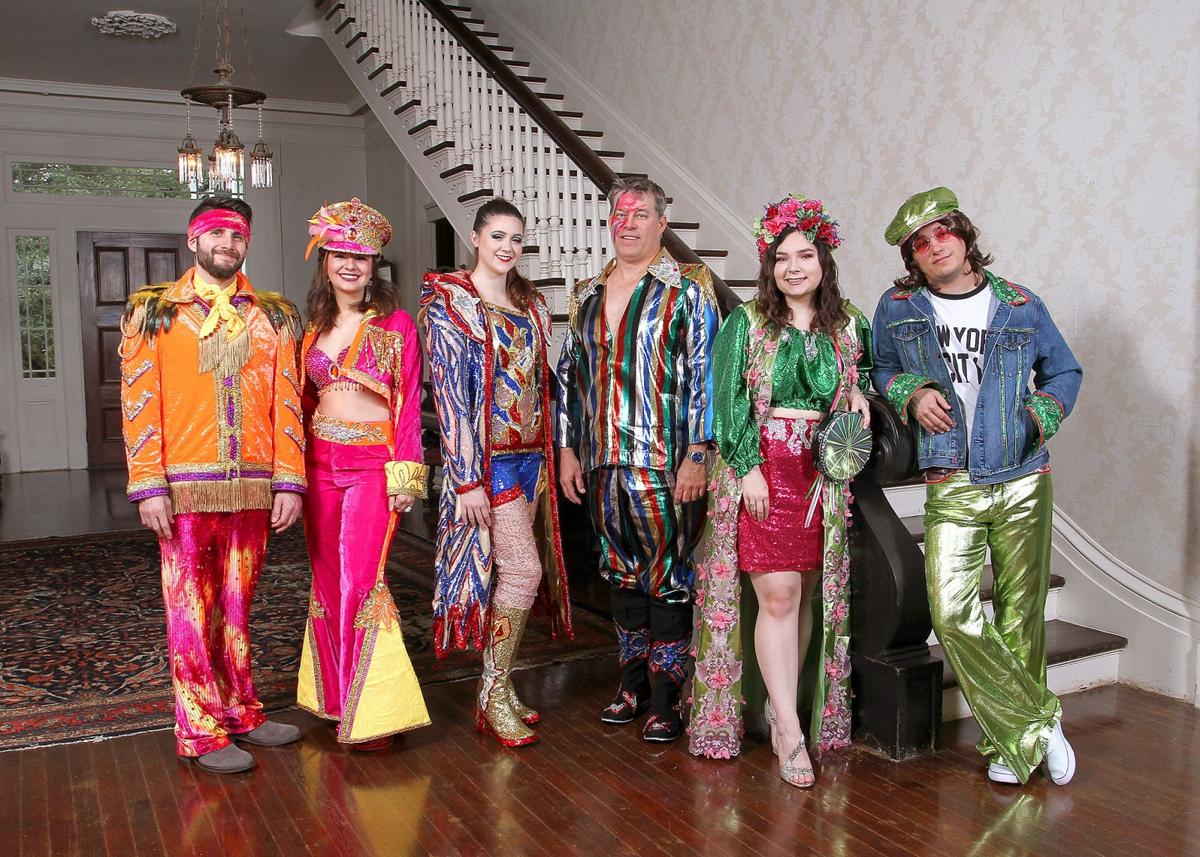 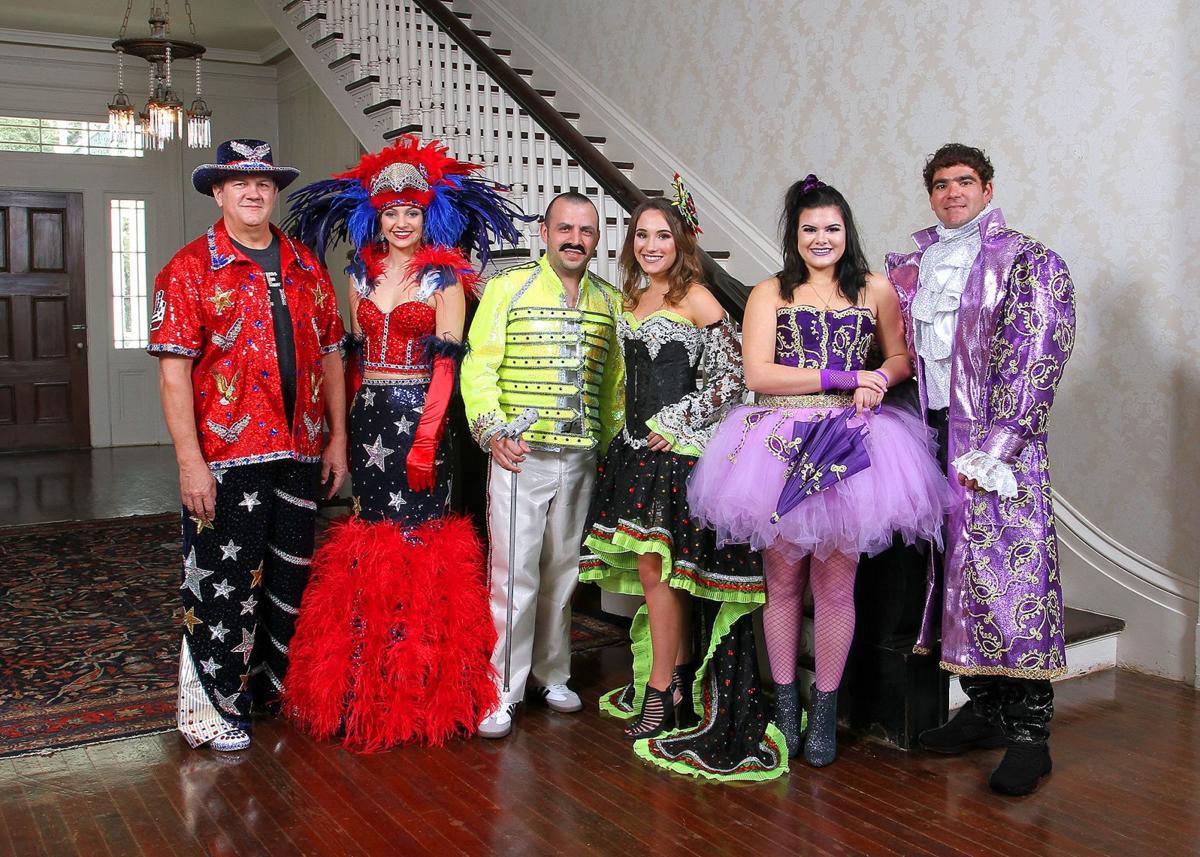 PLAQUEMINE — The Krewe of Cypress danced the night away to a theme of "Rock-n-Roll Heaven — The Day the Music Died" for its 40th annual Mardi Gras Ball on Feb. 16 at the Carl F. Grant Civic Center.

Ball captains were Meg and Walter Braud, portraying Peggy Sue and Buddy Holly; Carrie and Jeremy Booksh as La Bamba and Richie Valens; and Suzanne and Timmy Aucoin as Chantilly Lace and The Big Bopper.

Presented in the tableau were Olivia Francis Ledet and Darren Daniel Kattan as Foxy Lady and Jimi Hendrix. Ledet is the daughter of Ragan and Kynan White and the late Brad Ledet. She is the granddaughter of Dolores and Gary Pruitt and Larry Ledet and the late Betty Ledet. She was presented by her parents.

Representing Free Bird and Ronnie Van Zant were Grace Mercedes Acosta and Brett Francis Bergeron. Acosta is the daughter of Tara and Erik Acosta and granddaughter of Janet and Charles Bujol and Jeanne Acosta and the late Paul Acosta. She was presented by her Bujol grandparents.

Representing Freddie Mercury and Bohemian Rhapsody were Cecil Allen Boudreaux and Taylor Whitney Hurdle, daughter of Tricia and Brady Hurdle and granddaughter of Patty and Andrew Major and Sandy and Carroll Hurdle. She was presented by her parents and her Major grandparents.

Following the tableau and promenade, members and guests partied to the music of Souled Out.

Pam's Party Line: Charity Ball and Cypress debs are in the spotlight

Happy New Year! I hope you rang in 2020 in style, getting this new decade get off to a great start. I know it’s going to be a busy one — the s…