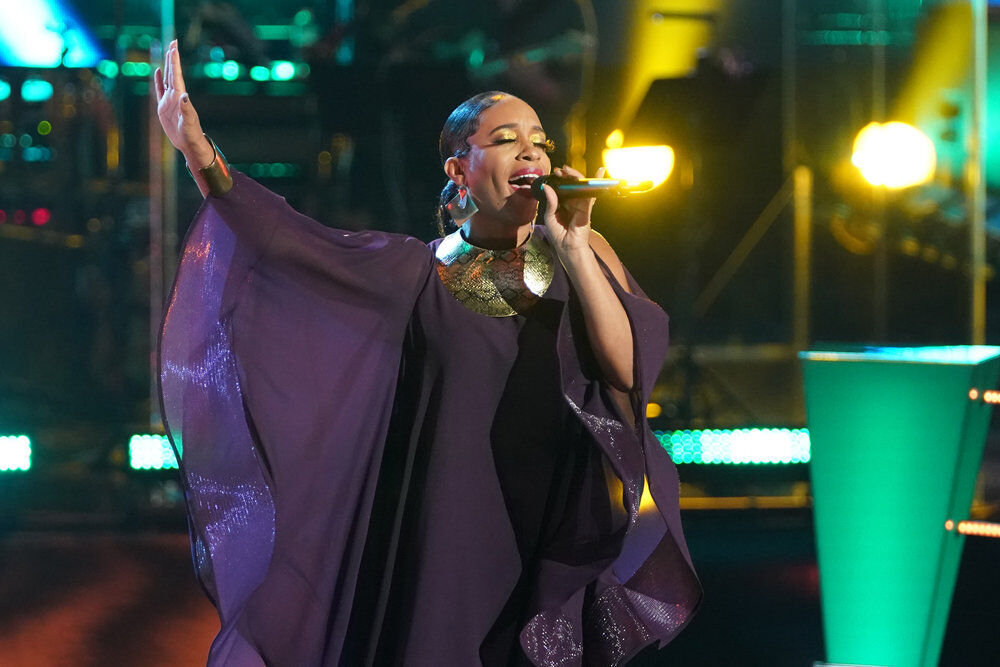 Glittering in purple and gold, New Orleans singer Casmè puts her spin on 1968's 'You're All I Need to Get By' on Monday's 'The Voice.' 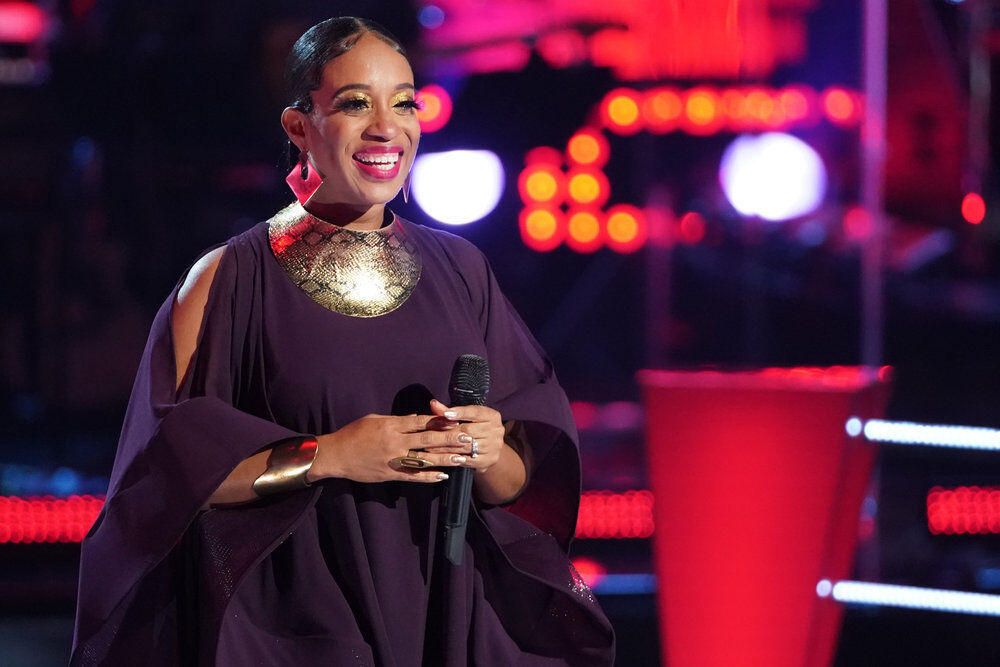 New Orleans singer Casmè listens to the judges' critiques after her 'battles' round performance on NBC's 'The Voice' on  Monday. Casmè advanced to the 'knockouts' rounds, which begin Tuesday night.

Glittering in purple and gold, New Orleans singer Casmè puts her spin on 1968's 'You're All I Need to Get By' on Monday's 'The Voice.'

New Orleans singer Casmè listens to the judges' critiques after her 'battles' round performance on NBC's 'The Voice' on  Monday. Casmè advanced to the 'knockouts' rounds, which begin Tuesday night.

Being mentored by Miguel, advancing to the "knockouts" AND being compared to Diana Ross all in one evening?

It was clearly a big night for New Orleans singer Casmè on NBC's "The Voice" on Monday.

Casmè, who turned 40 earlier this month, belted out the 1968 Marvin Gaye-Tammi Terrell hit "You're All I Need to Get By," edging out Detroit singer, fellow Team Legend member and duet partner Rio Souma for a spot in the next round of the singing competition series, the knockouts.

Prior to their performance, Casmè and Souma fine-tuned their song in a mentoring session with their coach, John Legend, and mentor for the night, Miguel.

"I actually was living in Nashville at the time of Hurricane Katrina. My entire family moved to Nashville with me because our home was pretty much ruined, so they really had to start from like ground zero," Casmè related in a background clip. "I take this moment very seriously because it can change my life."

Both technically-polished singers, Miguel encouraged Souma to try to up his energy level to better compete with that of Casmè.

"Their soul vibes work perfectly. They're going to sound incredible," Miguel said. " … The energy that was coming from you gave me a lot of joy. No one is going to match your energy, Casmè. It's just coming off of you, you know?"

After their electric, soulful rendition of "You're All I Need," which brought Legend to his feet for a bit of swaying, praise from the judges commenced.

"There are few people in this world that were born to be on a stage and Casmè, you're like, I mean I'm a very comfortable, confident person in my own skin, but like you made me seem not," Kelly Clarkson gushed. "How into the song you are and how happy you are in the moment, I was like, Diana Ross is here. I think you're one that everybody should be worried about, honestly."

"I think this was the most thoroughly engrossing, joyful, well put together performance we've seen in the battles of any of the artists on any team, it was just beautiful," Legend added. "Casmè is who she is, she just walks in the room like that. We talk a lot about your presence, but your voice is wonderful, it's flawless, it's soulful, you were just completely on point as a vocalist today."

Viewers can expect to see New Orleans singer Casmè on "The Voice" at 7 p.m. Monday, as "battles" rounds wrap up on the NBC reality singing com…