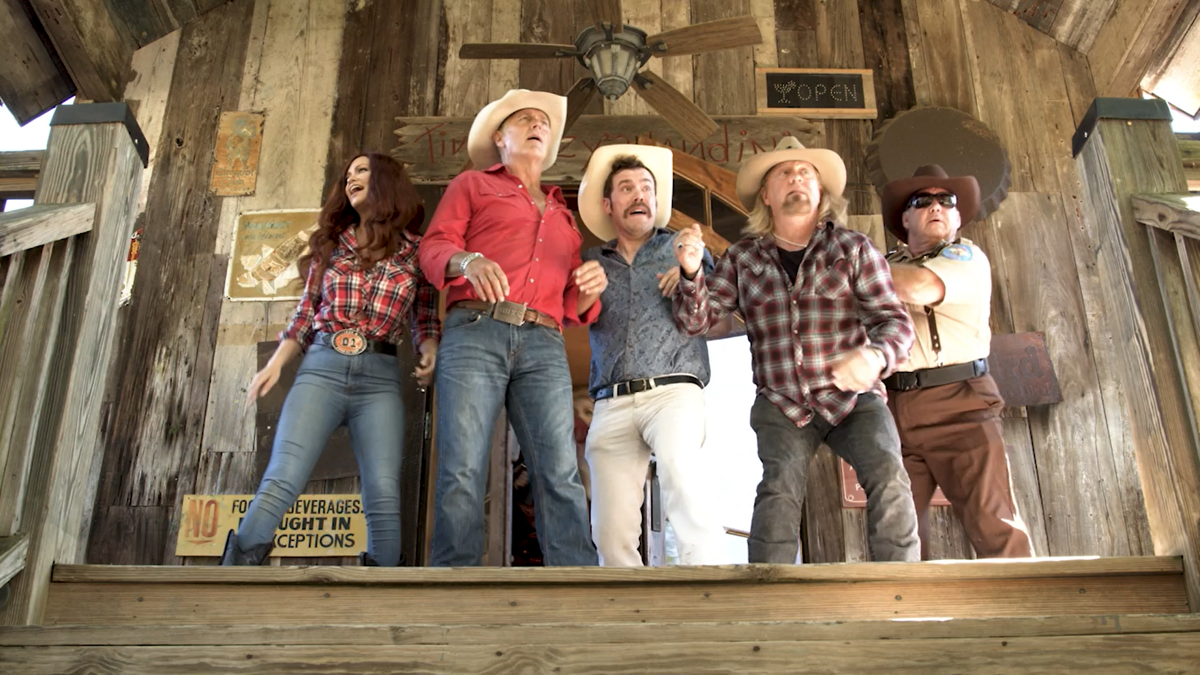 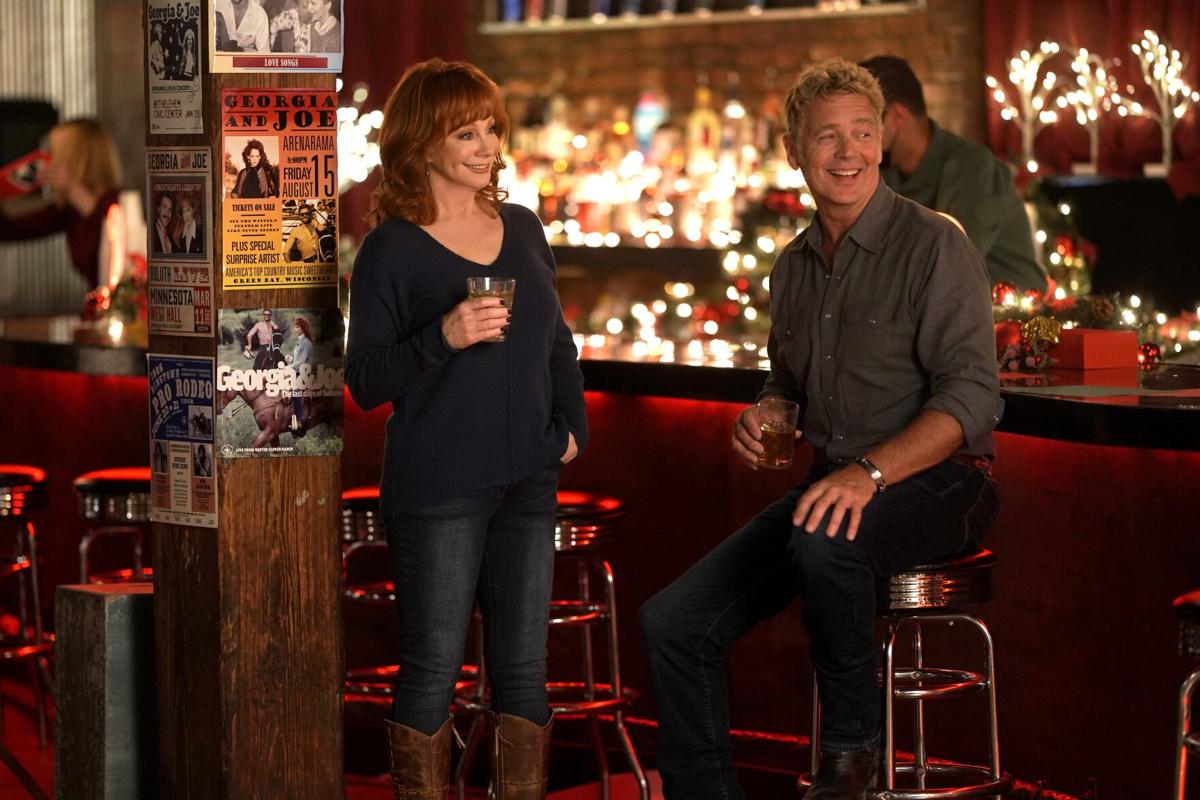 Can the estranged Georgia (Reba McEntire) and Joe (John Schneider) reunite long enough for a charity Christmas performance? Find out on Lifetime's 'Reba McEntire's Christmas in Tune' Friday on Lifetime. 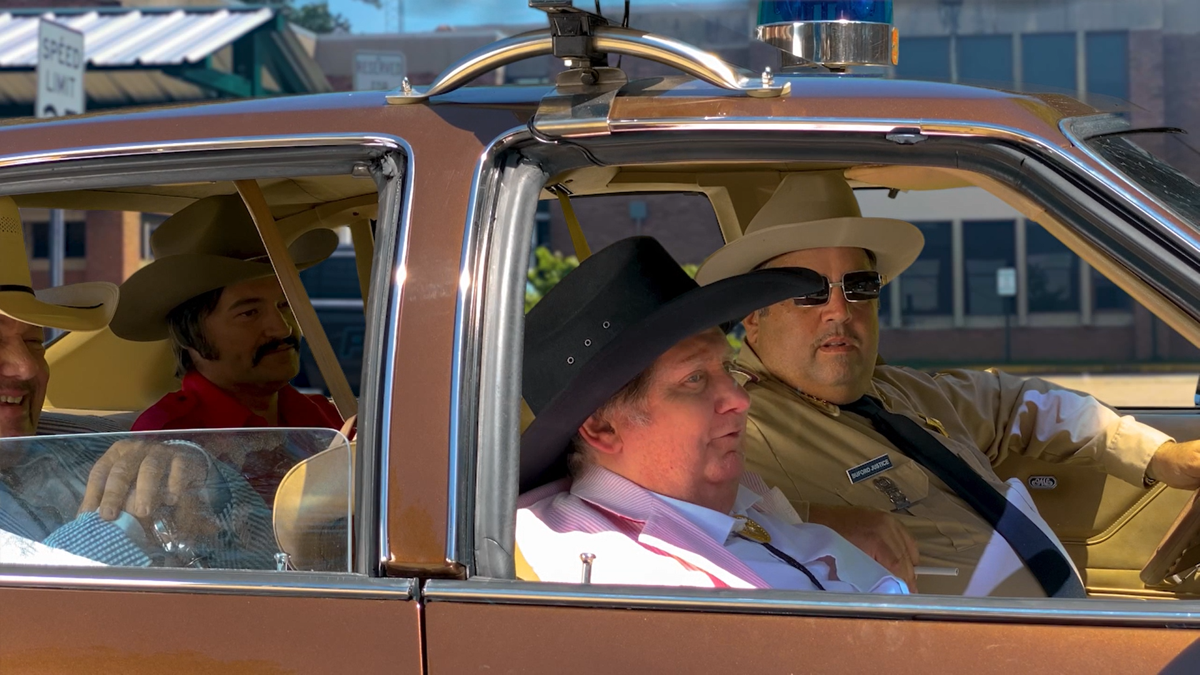 Can the estranged Georgia (Reba McEntire) and Joe (John Schneider) reunite long enough for a charity Christmas performance? Find out on Lifetime's 'Reba McEntire's Christmas in Tune' Friday on Lifetime.

Friday is debut day not only for John Schneider's new Louisiana-shot Southern car comedy "Poker Run," but also for the feel-good holiday flick "Reba McEntire's Christmas in Tune," in which she and Schneider star.

The independent film "Poker Run" — a sequel to Schneider's 2020 "Smokey and the Bandit" tribute film, "Stand On It" — is available starting Friday at johnschneiderstudios.com or http://cineflixdod.com. "Christmas in Tune," filmed in Nashville, Tennessee, premieres at 7 p.m. Friday on Lifetime.

We caught up with actor/country singer/producer and Louisiana transplant Schneider to talk about the projects. The interview has been edited for length and clarity.

You've said that "Poker Run" picks up where "Stand On It" left off. Tell us about the new plot.

"Poker Run" takes our same cast of characters and pits them against each other when Tiny Needham fronts each of them half a million dollars to bet in a single hand of poker. It takes them from dirt roads to the bayous of the Amite River and back again, stopping at several local hangouts like The Prop Stop.

And you're using the same cast? Any notable substitutions?

Because of his schedule, Tyrus (pro wrestler and Fox News commentator) was not able to make this one. The night before we were to start filming him, we called our dear friend Dane Rhodes and ask him to substitute. He learned the part (Sheriff Cletus T. Necessary) overnight and delivered a hysterical performance.

How many days did filming last, and what stunts scenes were filmed during Bo's Extravaganza (Schneider's annual birthday bash) and otherwise?

Filming with the cast and what you would call a normal crew regarding dialogue and traditional scenes was right at 24 days. However, I have been filming with a splinter crew on and off for the last six months. That’s where we did most of the chase scenes and stunts like jumping over our lake at the studio (John Schneider Studios in Holden) and jumping a speedboat through a Cajun shack. Those two stunts were done right at the studio.

How many extras (many of whom were at the birthday event) are in the film?

My educated guess is we had upwards of 150 extras in this one. And they all look like they were having a wonderful time.

And you again wrote the script for this one? Is it a tribute to anyone or any other movie, like "Stand On It" was?

This one is not a tribute but rather an extension to the first one. The goal was to create new characters for people to fall in love with and then take them on subsequent journeys.

Walk us through the locations for the actual "Poker Run" stops.

First and foremost there is the Ponchatoula caboose (which Schneider purchased in 2020 and moved to his studio). That’s where the game is set up and the first cards are dealt. We then go to The Prop Stop on the Amite for the flop and then immediately get in boats and go to what we call “The Black Pelican,” which is also on the Amite, for the turn. Then it’s a race back to the caboose and the Extravaganza that takes us onto a dirt track race which includes Baton Rouge. We used La. 190 a whole lot as well as (La.) 22 from Port Vincent to Springfield.

What might you have learned from shooting "Stand On It" that you were able to use in "Poker Run"?

The biggest lesson I learned from "Stand On It" that I brought to "Poker Run" is that there doesn’t need to be any continuity whatsoever while filming second unit (secondary shots). What I mean by that is if we find a beautiful location as I did in Pointe Coupee, all I have to do is make note of it and then grab a few crew members anytime in the near future and go over to film. Because of that, several of the most beautiful shots in the movie were single shots that I drove 60 or 70 miles to get. In a standard production schedule, you would never be able to go that far for one shot. Because of that, this movie is absolutely beautiful.

Will the movie be available other places besides the websites? Any premiere event planned? Showings at your drive-in?

We will be showing our movie at the drive-in and it also will be available in our physical store. We are taking it on the road and showing it at drive-in movie theaters throughout the Southeast starting Friday in Sparta, Tennessee. Once we are back, we will put it up on our big screen.

And Nov. 26 isn't just about "Poker Run." When did you have time to shoot "Reba McEntire's Christmas in Tune"?

When I was working with Reba, I had my computer and entire edit there in the motorhome. When I wasn’t on the set, I was in the motorhome working. It was really fortunate because as soon as that movie was finished we got back to Louisiana and I was able to do mini pick-up shots that were missing from the edit.

I guess you were friends with Reba before this. How was the experience working with her?

Tell us about your character in "Christmas in Tune."

I am Reba‘s ex-husband in this movie and my name is Joe. Joe is a singer and songwriter and performer just like his ex-wife. However, he has not pursued his dream after their breakup to the extent that she has. While he was playing bars she was playing stadiums. This is a great fuel for our relational fire. Joe is also a bit of a cut-up and loves every minute of life. An awful lot like me!

'Stand On it': John Schneider channels his inner Burt Reynolds for tribute film

Have you heard about the renewed interest in putting together jigsaw puzzles during the pandemic?