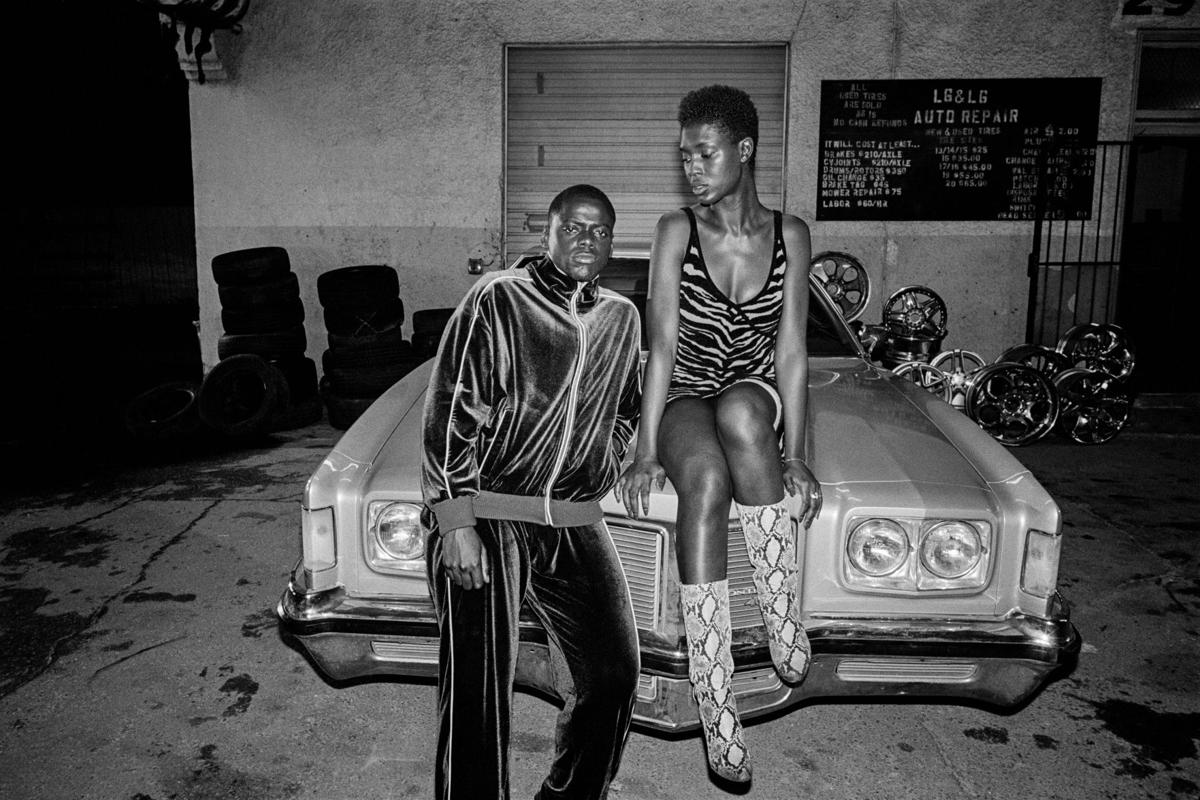 Daniel Kaluuya and Jodie Turner-Smith are on the run from the cops in the Melina Matsoukas-directed 'Queen & Slim.'

Daniel Kaluuya and Jodie Turner-Smith are on the run from the cops in the Melina Matsoukas-directed 'Queen & Slim.'

No disrespect to director Arthur Penn's 1967 movie, but "Queen & Slim" is a more human tale, and one that is worth watching when it debuts Aug. 22 on HBO Max.

Directed by Melina Matsoukas ("Insecure," Beyoncé's "Formation" music video) and written by Lena Waithe ("Master of None," "The Chi"), "Queen & Slim" is a patchwork tale of Black America, inspired by sad but true and all-too-common stories of inequality.

The movie starts quickly, zooming in on an awkward first date between Slim (Daniel Kaluuya, "Get Out") and Queen (newcomer Jodie Turner-Smith). On the way to drop off Queen, a cop (country star Sturgill Simpson) pulls over the couple.

A routine stop turns life-threatening as the "excellent lawyer" Queen questions the cop's intentions. The situation escalates as the officer draws his gun, but it's the cop who ends up dead. Matsoukas shoots the confrontation from the police car's dashboard camera before jolting back to the new reality of the couple.

Accidental as it was, the couple goes on the run. Queen decides that the two should drive from their Ohio home to New Orleans, where they'll meet up with an uncle (an amazing Bokeem Woodbine), then take a plane to Mexico.

With each turn, Waithe and Matsoukas give audiences another look at Black America. Some of these scenes are hidden in back roads, like the blues club where Queen needs to stop to find some peace before continuing. Later, even while staying with a White couple, Queen and Slim feel paranoid, wondering when they'll be given up to the cops in exchange for money.

While Bonnie and Clyde were outlaws shown in a graphic, yet slapstick quality (as was Penn's intention), Queen and Slim never have the luxury of even thinking about committing such a crime. Consider too the reaction to both stories: "Bonnie and Clyde" is a legend, told countless times with a childlike grin; "Queen & Slim" is a more grim tale that should make audiences reel but has largely been forgotten.

When watching "Queen & Slim," perhaps more audiences will see a movie that can't — and shouldn't — be so easily shaken from memory.

Stream this: Before you watch 'Palm Springs,' don't miss 'Popstar' and these comedies

Andy Samberg is overdue for some respect. This month, he has another shot with the romantic comedy "Palm Springs," premiering on July 10 exclu…