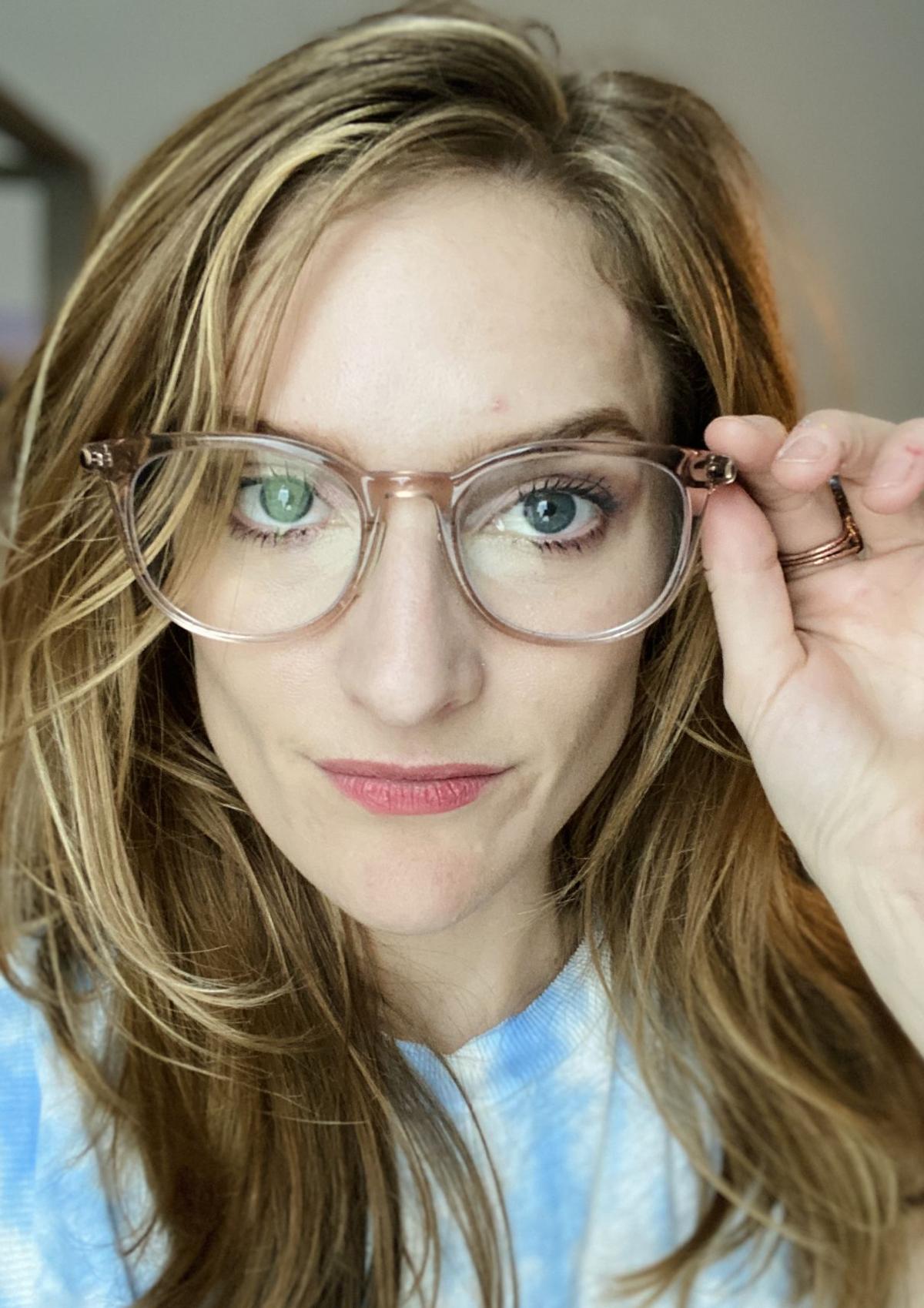 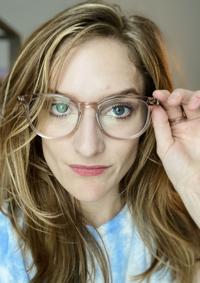 Baton Rouge native Kelly Murtagh and her family are back in New Orleans after spending nearly two months isolating in Lake Worth, Florida. 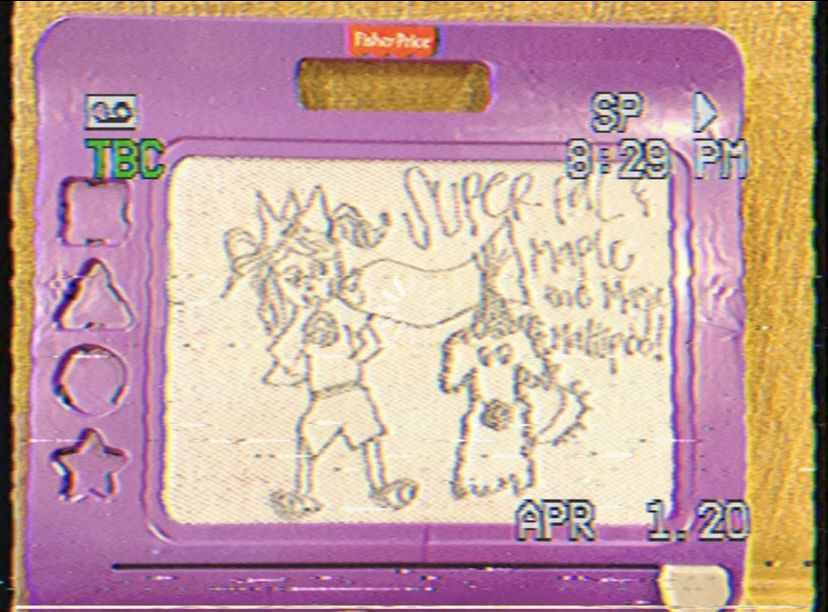 Baton Rouge native Kelly Murtagh and her family are back in New Orleans after spending nearly two months isolating in Lake Worth, Florida.

Editor's note: As Americans continue to deal with the coronavirus pandemic, we're catching up with some Louisiana actors to find out how the crisis is affecting them, and what they're doing during this unprecedented upheaval in our daily lives.

The Baton Rouge native has a co-starring role in the Michael Showalter-directed romantic comedy spiced with action, crime and mystery.

"They are two of the most talented, down-to-earth, intelligent, creative and kind people I’ve had the pleasure of working with," Murtagh said. "I had also admired director Michael Showalter’s work and was so thrilled to get to meet him and work with him. He allowed us to improvise (which is one of my favorite things to do). It was magical to be able to watch Issa and Kumail work off one another and then to be able to jump in and do it alongside them.

"I play Evonne in the film and am basically Issa Rae’s annoying, drunk friend. Issa and Kumail are both super cool, the kind of people you just want to keep hanging out with and hope their coolness rubs off on you. I was sad when my role wrapped."

To see a trailer for "The Lovebirds," click here. (NOTE: strong language)

It was Rae's and Nanjiani's first Mardi Gras.

"They were quite intrigued and inspired by how seriously we take Mardi Gras," Murtagh said. "Since I grew up in Louisiana, I became the resident 'Mardi Gras expert,' answering questions from what a king cake is to which parades they should check out while in town."

Murtagh, seen in last year's "Looking for Alaska" miniseries on Hulu, also has been featured in USA's "The Purge," Hulu's "The First," Freeform's "Cloak & Dagger" and Netflix's "Tall Girl," among others.

The 33-year-old wife and mother of one also writes, directs and sings. After graduating from Episcopal High School and Elon University, Murtagh moved to Los Angeles to pursue her career. On the West Coast, she trained with Emmy Award winner Hank Azaria and studied improvisation at the Upright Citizen's Brigade and The Groundlings, as well as with Emmy winner Chick Vennera at the Renegade Theatre Group.

She and her husband, fellow actor and director Robert John Gilchrist ("Queen Sugar," "The First"), live in New Orleans with 2-year-old daughter, Fallon.

This interview has been edited for length and clarity.

How has this crisis affected you professionally and personally?

Something I have had to learn is that so many things can be true at the same time. I can be grateful for my health and that of my family, thankful for this time to pause and spend time with my husband and daughter, Fallon, while also feeling sad, angry, scared or frustrated. I was definitely frustrated and terrified at the beginning of quarantine that the momentum of post-production for my feature film "Shapeless" would cease, but we’ve adapted as best we can. "Shapeless" is a feature film I wrote, starred in and executive-produced with my husband and fellow actor Robert J. Gilchrist. We filmed in New Orleans in August 2019, which was HOT, but my dream came true. I play Ivy, a singer in New Orleans who is losing her singing ability because of bulimia. The film is based on my own struggle with an eating disorder and body dysmorphia and dives deeply into the mental health component of what it is really like to live in the prison of addiction.

Are you able to work on any acting and other projects at home?

My husband and I filmed a home-movie style series starring our daughter and dog called “Super Fal & Maple the Magic Maltipoo.” The title card was written on our daughter’s Magna Doodle and we shot it to look like it was filmed on an old camcorder to capture that “home movie” style. It became a fun, creative thing to do as a family while in quarantine. Now I understand that I can’t, nor should I, try to structure my creativity. It can be anything or come from anywhere. I think the main thing here is that we didn’t put pressure on ourselves to create it. We grabbed our camera, made a cape for Fallon out of a pillowcase and started filming. The narrative formed as we filmed, and our main focus was to have fun together as a family.

Where are you isolating?

We are back home in New Orleans. We spent almost two months quarantining in Lake Worth, Florida, with my in-laws at their horse farm. We spent a lot of time outside soaking in nature, which was very healing for us.

What are you listening to, reading?

I’ve been reading "Untamed" by Glennon Doyle, which is about becoming free by learning to love yourself for who you are. It’s been the perfect manifesto to read during this time.

My husband and I are huge music buffs so we listen to music constantly. We have an alphabetized vinyl collection and listening to records is a mainstay in our home. We also have loved streaming concerts that artists have been putting on in their living rooms like the Futurebirds and Jack Johnson’s Kokua Festival. Nick Waterhouse also did a "cocktail hour" where he played his records from his apartment. It is so intimate and authentic, and we love the connection music provides. I’ve also been working on teaching myself guitar and singing with my daughter.

I love to cook! I find it to be a very creative process, especially now as I’m trying to stretch the time between grocery trips as long as possible. My husband and his family are originally from Pennsylvania, so while I was in Florida, I cooked jambalaya and Mr. B’s barbecue shrimp for everyone. They loved it (obviously, because Louisiana cooking is the best!).

My daughter and I have had extra time to go outside and play pretend. I think play is such an important part of life. I loved playing pretend when I was little and now it is also one of my daughter’s favorite things to do. I think playing gives a chance for you to be silly, be present and be free. And I believe allowing yourself space to feel free is where creativity lives.

I’ve also been singing more in quarantine than I ever have since a doctor told me I had ravaged my vocal cords from severe acid reflux many years ago. That’s when I stopped singing. Silenced by shame. It is also what inspired me to write "Shapeless."

You have gone through bulimia and body dysmorphia. What advice can you give others with these disorders, especially during the pandemic?

Fear of the unknown and perceived lack of control can be triggering as we might feel tempted to reach for old, unhealthy ways to numb. But we have to give ourselves space, compassion and love so we can do the same for others one breath at a time. To those struggling with your mental health, I hear you, I understand you.

Editor's note: As Americans continue to deal with the coronavirus pandemic, we're catching up with some Louisiana actors to find out how the c…