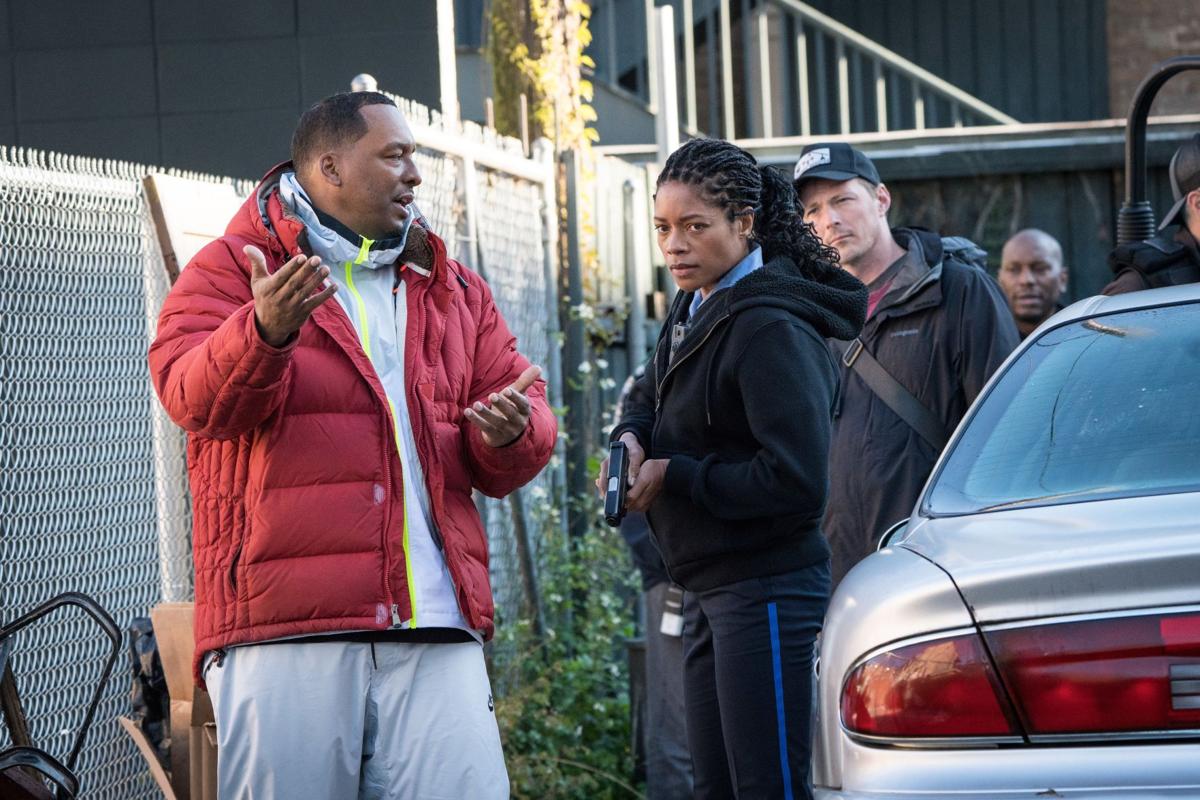 Director Deon Taylor, left, and Naomie Harris with cast and crew on the set of the New Orleans-filmed ‘Black and Blue.' 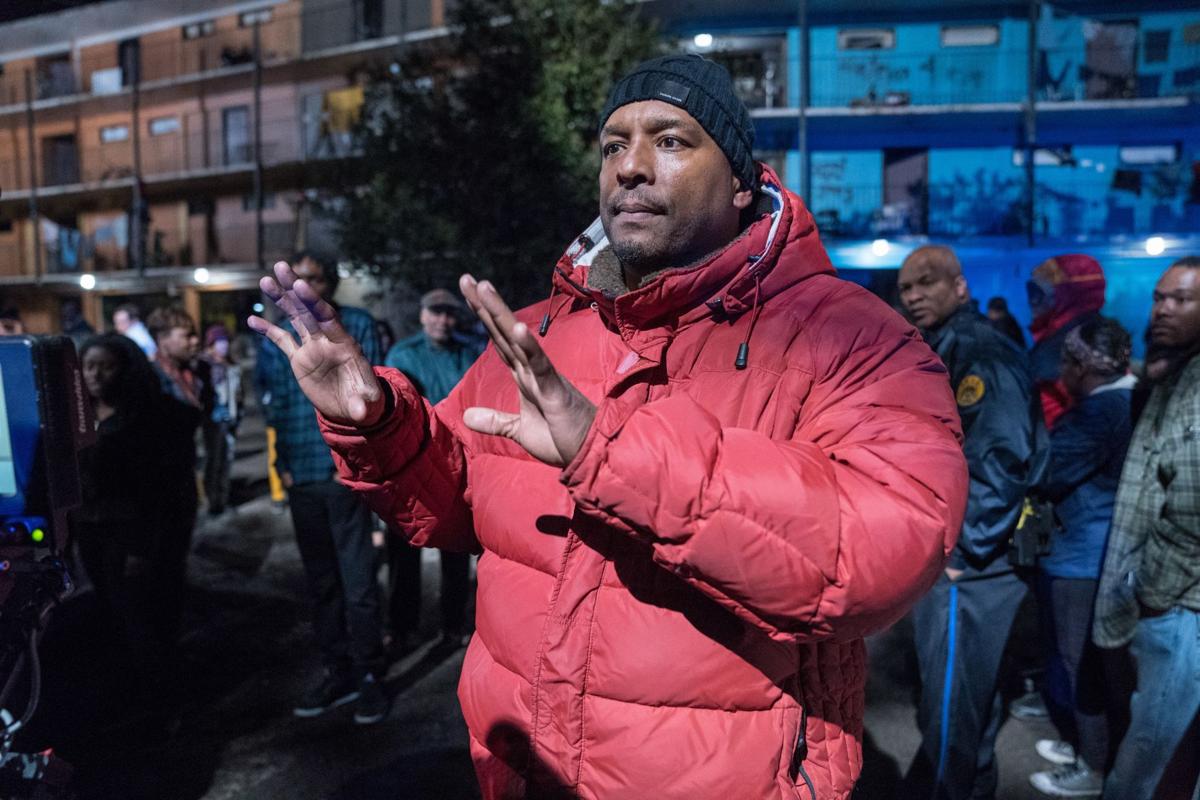 Director Deon Taylor on the set of ‘Black and Blue.’ 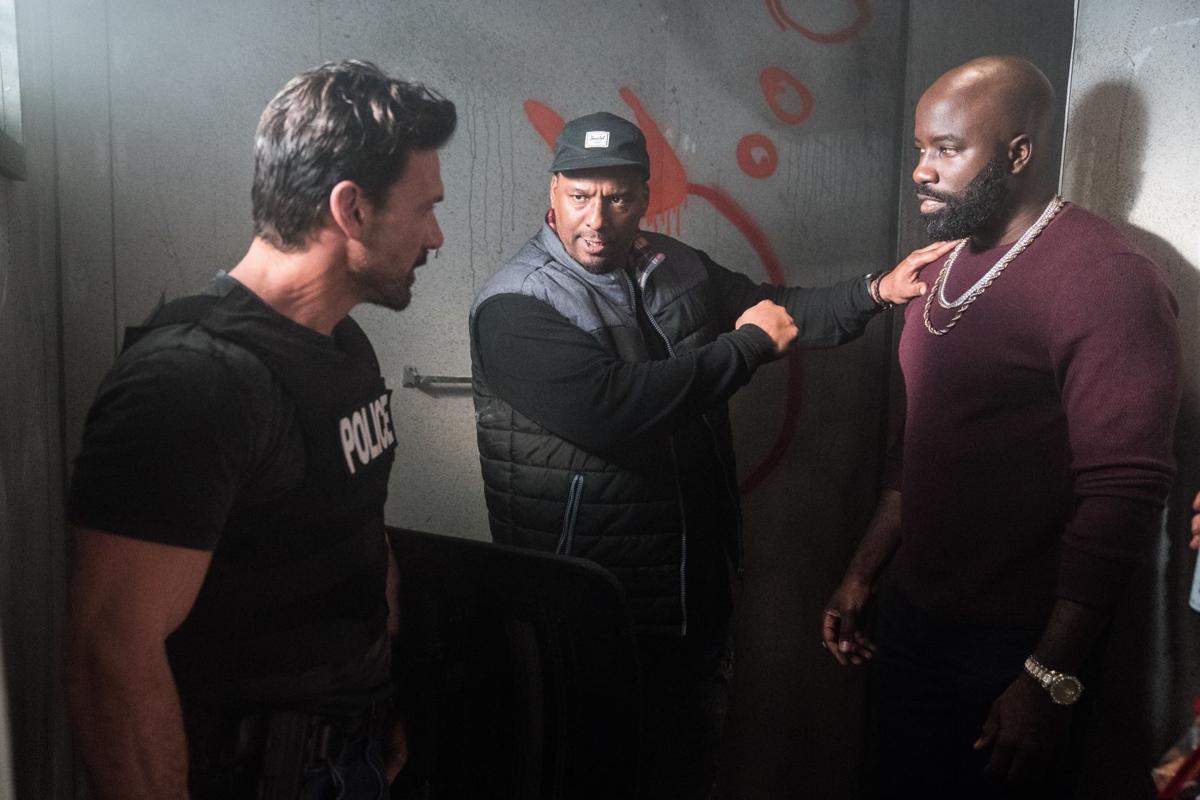 Frank Grillo, left to right, director Deon Taylor and Mike Colter on the set of ‘Black and Blue.' 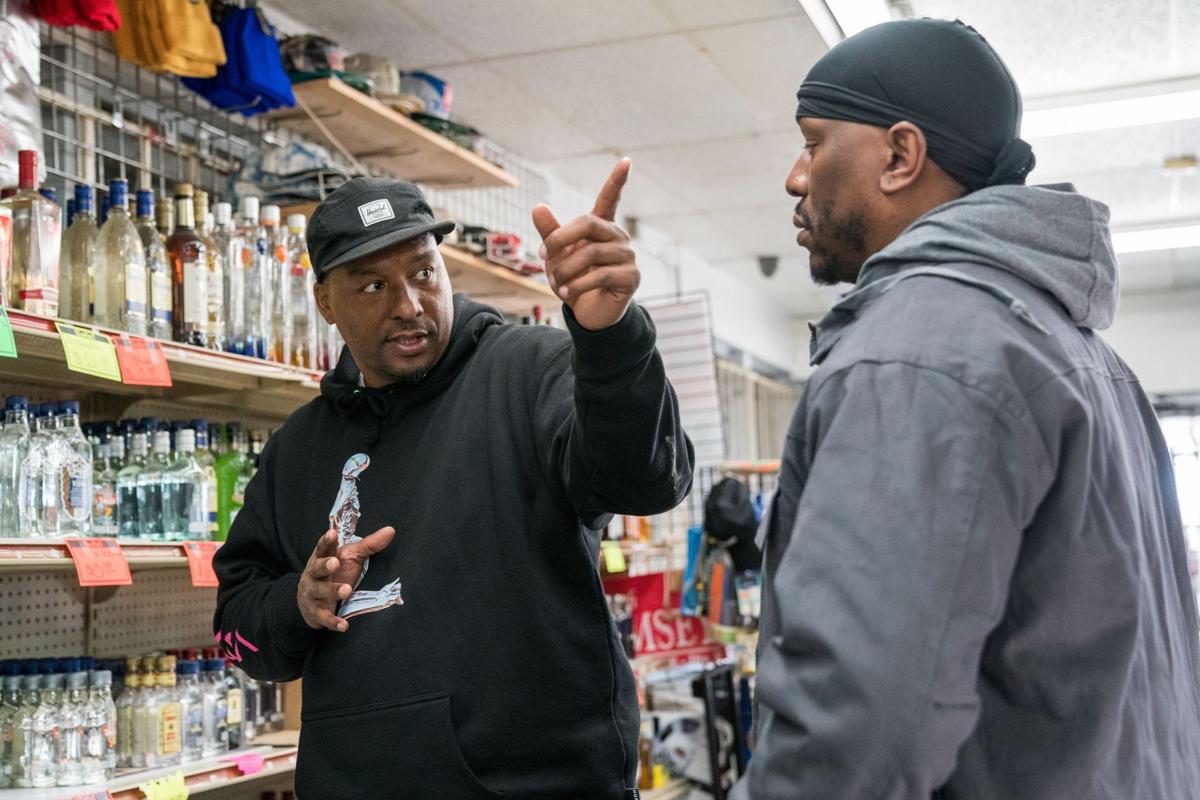 Director Deon Taylor, left, and Tyrese Gibson on the set of ‘Black and Blue.’

Director Deon Taylor already knew that his New Orleans-shot action-thriller, "Black and Blue," is a crowd pleaser. Even so, the electric reaction to the movie when it screened recently at the AMC Elmwood Palace 20 in Harahan thrilled him.

“Man, I felt like a million bucks,” the director said. “That was one of the most exhilarating experiences I’ve ever had.”

Taylor, given a choice of cities in which to set “Black and Blue," picked New Orleans. Harris’ character, the community-minded Alicia, is a 9th Ward native and US Army vet who served in Afghanistan. The film’s locations include the abandoned Market Street Power Plant on the Mississippi River, the former De Gaulle Manor apartment complex in Algiers and Lafayette Cemetery No. 2.

“Black and Blue” is the first film that Taylor, a prolific indie filmmaker whose credits include “The Intruder” and “Traffik,” has made for a major studio.

“A lot of times these studio films are angling toward a tax credit,” he said. “But I, as an independent artist, pride myself on shooting movies where they belong. Once I came here to New Orleans, I was like, ‘Yeah, this is the place.’ Visually, tonally, it really sets up the Alicia character.”

“The art, the jazz, the cracks in walls, the raised houses, the bridge, the sounds of boats,” he said, “that entire thing captivated us. We pushed something electric from the city into every frame of the movie.”

New Orleans "is a place where you can’t fake it,” Taylor said. “When Lucky Johnson came in to audition, I said, ‘That’s it. That’s who we need. Man, if I get this guy on the film set, he can be a navigator for me. And shortly after grabbing Lucky, I grabbed seven or eight kids from here. That really helped me adapt the screenplay to the city.”

Taylor further customized “Black and Blue” by changing Harris’ role in the film, originally conceived as a policeman, to a policewoman.

“This is the first time that we have ever seen a black female lead play a police officer in cinematic history,” Taylor said. “Do you know how important that is right now, for young black women to see themselves as police officers? That’s what we need. That’s diversity.”

“Everything for me is always about the script,” she said. “Does it challenge me in a completely different way? Is it a film that’s impactful? And does it represent women, and black women in particular, in a different light? This movie does all of these things.”

An Oscar nominee for her role in 2016’s “Moonlight,” Harris also embraced the film’s message.

“I have so much admiration for Alicia. She says, ‘This is home. I’m going to draw the line here. I am the one who’s going to make a difference and put this wrong right.’ That’s how change happens," Harris said.