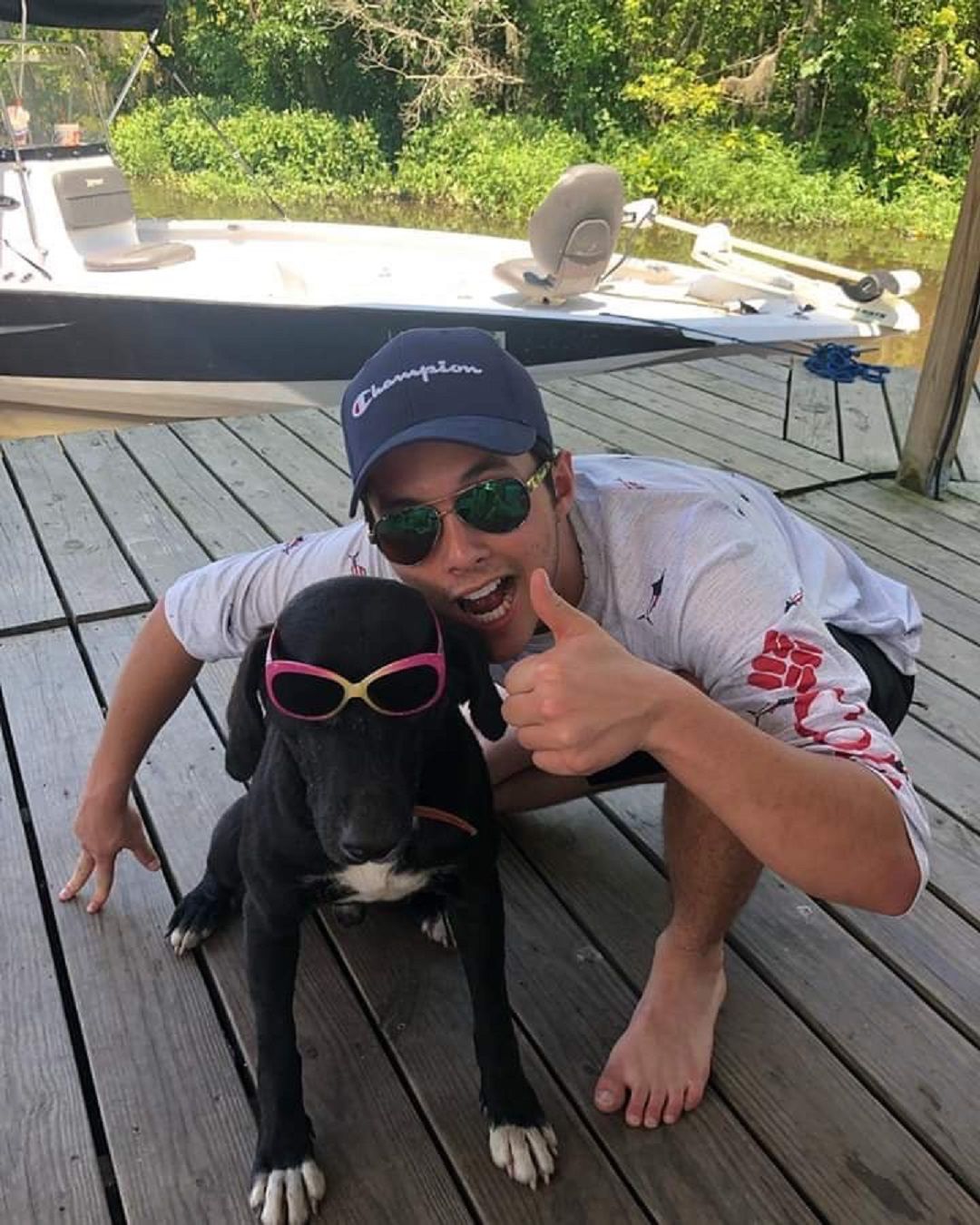 American Idol Laine Hardy goofs off with his dog Dandy before heading out on the river during a Memorial Day weekend visit home to Livingston. 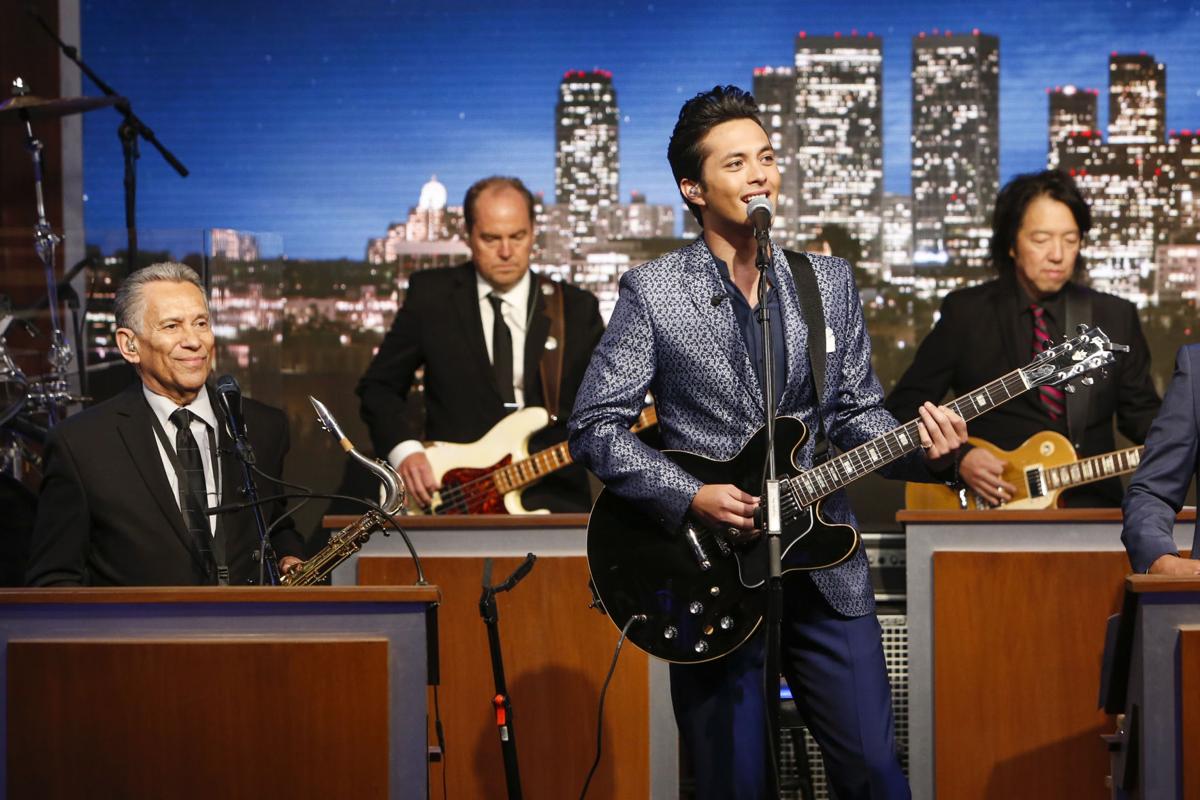 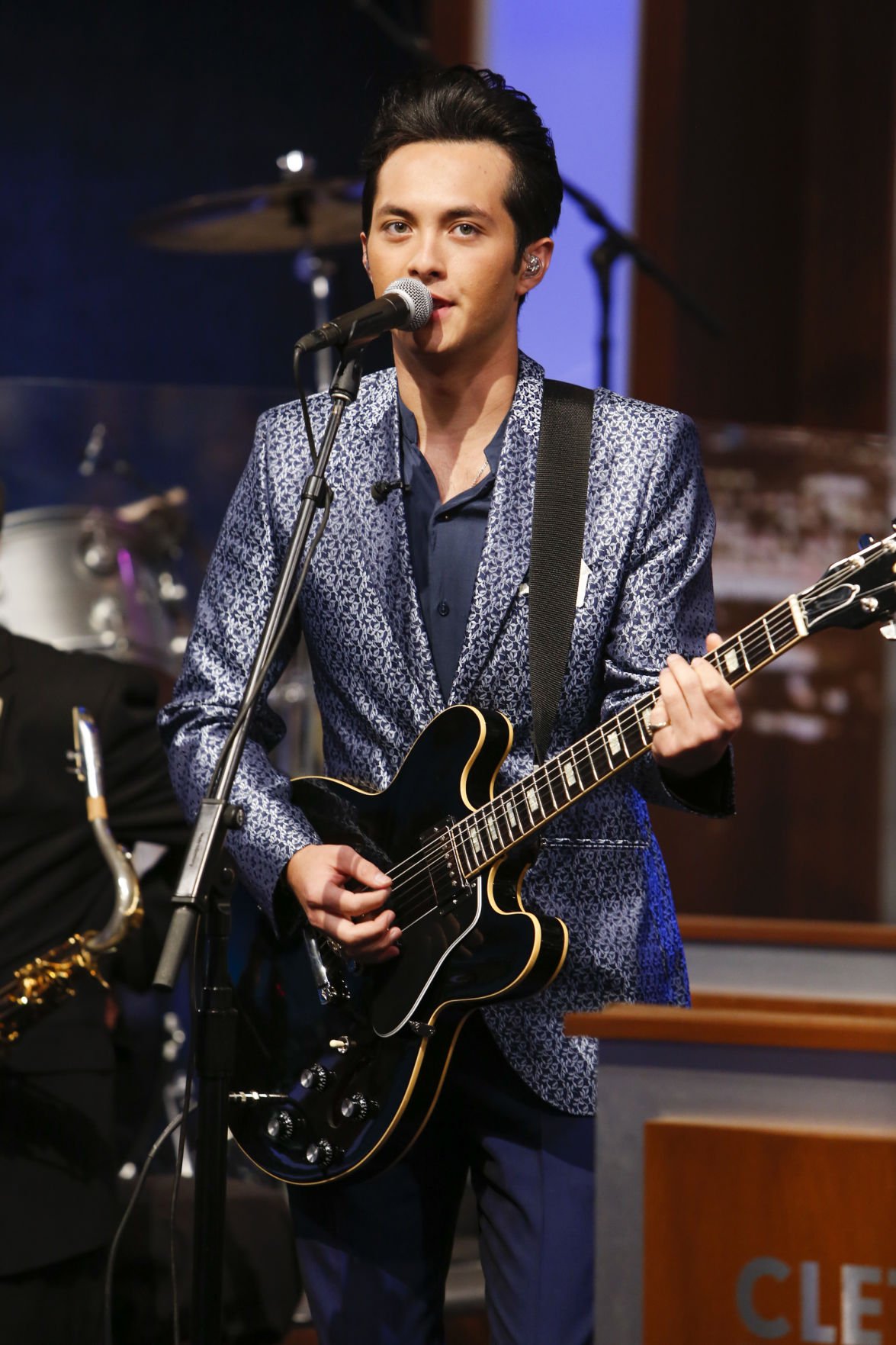 American Idol Laine Hardy goofs off with his dog Dandy before heading out on the river during a Memorial Day weekend visit home to Livingston.

By all accounts, it seems, you can take Laine Hardy out of the country but you can't take the country out of Hardy.

And that's a good thing.

Almost three weeks after being named the new American Idol, the 18-year-old Livingston singer has a hankering to get out of Hollywood.

"I can't wait to go to Nashville. I mean I've been out here in LA way too long," Hardy said Monday, as he fielded phone interviews from media outlets around the country.

Louisiana finally has its idol.

The new Idol has made plenty of appearances, TV and otherwise, since the May 19 finale of the ABC singing competition series.

More confident and relaxed with his answers, the Southern niceties in his speech linger — the 'yes ma'ms,' 'no ma'ms' and adding the word 'Miss' when addressing a woman. You expect an "aw, shucks" to pop out at any moment.

So Hardy should fit right in in Music City, U.S.A., once his West Coast rollercoaster slows.

"I'm going to be in Nashville most of the time working on music, so I'll be closer to home," Hardy explained.

It was a 24-hour, cross-country whirlwind for Livingston's Laine Hardy in his first day as the 17th American Idol on Monday.

There's no timetable on his first album with Hollywood Records, he said, adding that he hopes to get to Nashville this month.

"I'm going to be writing songs for my album. I'm trying to get any kind of music out as soon as possible," Hardy said.

That music will lean more to his country side than his recently-released single "Flame," which he debuted on the "Idol" finale after winning.

"'Flame,' that song was something new for me. That's me, but it's also not me. I was doing it to just try something new, and 'Flame' was really cool," he said. "It's rock, and I'm more of a country artist, but I'm really doing all kinds of music because all of my musical influences being raised in Louisiana are really affecting me."

Hardy will be working with a team of songwriters in Nashville on his all-originals album.

In the meantime, there's a gig at the Embassy of Italy in Washington, D.C. Thursday night. The teen will be a special guest at the BrightFocus Foundation's fourth annual dinner. The event, according to organizers, is "to celebrate and showcase some of the world’s most promising science to end Alzheimer’s disease, macular degeneration and glaucoma."

"I got to meet Jordin Sparks ("American Idol" Season 6 winner), Ally Brooke (singer formerly of Fifth Harmony), Tomorrow x Together, which is a Kpop band," Hardy said. "I introduced them with Tanya (Rad, of "Idol" host Ryan Seacrest's LA radio show on KIIS-FM). It was pretty cool. And I got to introduce the Jonas Brothers (along) with Ryan Seacrest."

On May 30, Hardy sat in with house band Cleto and the Cletones on ABC late-night show "Jimmy Kimmel Live!"

"It was crazy because I've always watched the show on TV," he said. "It was cool talking to (guest) Zach Galifianakis and Jimmy, and being able to play with that band was awesome."

LIVINGSTON — They chewed their fingernails, covered their faces and crossed their fingers as host Ryan Seacrest held the envelope containing t…

Both Galifianakis and Kimmel commented to Hardy on his looks, as he's been compared to a young Elvis Presley and called a "Southern heartthrob."

"If you think Laine Hardy is handsome, you should see him in person," Kimmel said. "He looks like Elvis before he got a hold of the peanut butter jar."

"Laine, I've got some bad news for you," the woolly-looking Galifianakis joked. "I looked just like you when I was your age. It doesn't end well."

"It's been crazy" is how Hardy described the last three weeks. "Everything's so fast-paced. I feel like I'm the same person. It's just crazy to see where I am right now."

Hardy got away from the spotlight on Memorial Day weekend, heading home to Louisiana to spend most of his time on the river — barefoot, of course.

"I wouldn't tell anybody at first," he said. "The first day I got home, I stayed at my house. The next day, woke up bright and early and went on the river with my buddies, fishing and we just relaxed. Later that night I went down to one of the camps on the river with my brother and we played music all night and just hung out, you know."

That Sunday, Hardy took in some of the Bayou Country Superfest at Tiger Stadium.

"I don't want to get used to it (the fame). I'm gonna be the same person that I've always been and nothing's gonna change that. No matter what I go through, I'm going to be the same ole boy from Louisiana. … I'll be back and forth. That's me. I've got to see home every now and then."

Want to be the next Laine Hardy? 'American Idol' auditions coming back to Baton Rouge

On the heels of Louisiana's Laine Hardy winning the "American Idol" title on May 19, "Idol" auditions will return to Baton Rouge on Aug. 25, A…

On the heels of his performance at the Embassy of Italy in Washington, D.C., on June 6, Louisiana's American Idol Laine Hardy will be returnin…