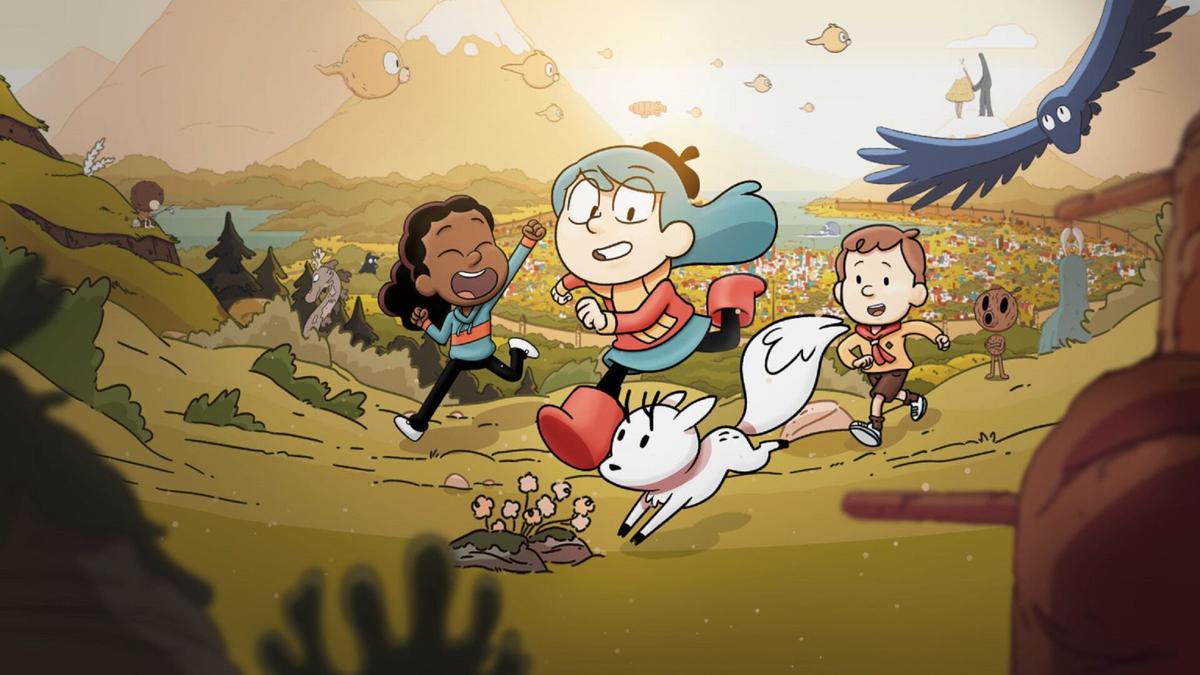 As 'Hilda' opens, the titular character lives in the wilderness of a Scandinavian-esque country with her mother, where she encounters elves, giants and trolls. 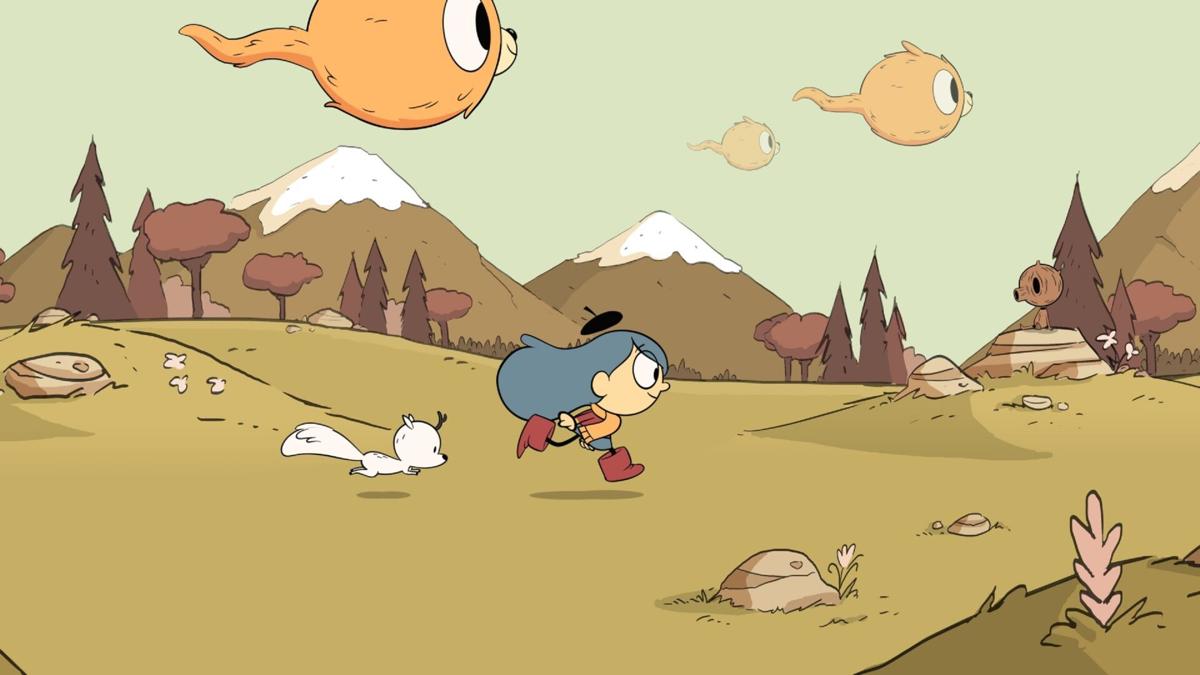 A deerfox as a pet? Yes, it figures into Netflix's animated fantasy, 'Hilda.' 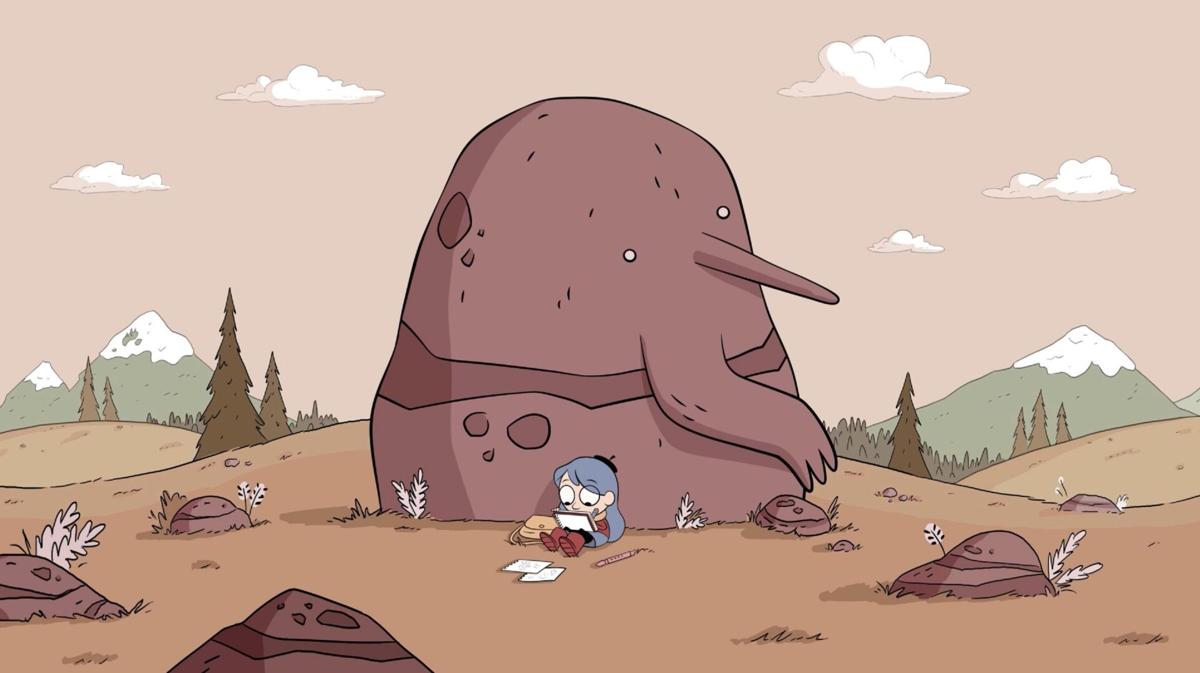 The animation for 'Hilda,' though simple, is full of bright colors, rich background environments and creative, cute characters.

As 'Hilda' opens, the titular character lives in the wilderness of a Scandinavian-esque country with her mother, where she encounters elves, giants and trolls.

A deerfox as a pet? Yes, it figures into Netflix's animated fantasy, 'Hilda.'

The animation for 'Hilda,' though simple, is full of bright colors, rich background environments and creative, cute characters.

After a year spent in lockdown, this April in particular feels full of hope, with spring flowers, longer days and more time spent outdoors. If you want to binge a show that has that same air about it, check out Netflix's “Hilda.”

Based on a series of graphic novels by Luke Pearson (who’s also worked on “Adventure Time"), the British-Canadian-American fantasy “Hilda” follows the titular character through adventures that are sometimes misadventures.

At the start of the series, young Hilda lives in the wilderness of a Scandinavian-esque country with her mother, where she encounters elves, giants and trolls. Eventually, the pair move to nearby Trolberg, where Hilda has some trouble adjusting to city life after the freedom and open spaces of the forest. Luckily for her, the Sparrow Scouts give her an opportunity to keep on exploring, even in a more urban setting, and make some friends along the way.

The turquoise-haired Hilda is full of wonder and curiosity, practically fearless. She helps all sorts of creatures in distress.

While Hilda may not understand the city folk of Trolberg, she is mostly a nonjudgmental girl who is open to new perspectives — and there are plenty to be had as she continues to meet new, and sometimes mischievous, creatures.

The animation, though simple, is full of bright colors, rich background environments and creative, cute characters. Even with an uncomplicated design, the characters have distinct personalities. For instance there's Alfur, a small elf who joins Hilda in Trolberg after meeting in the forest. His arms and legs are drawn as sticks, but his high-pitched voice and preoccupation with paperwork and reports make him unique . Similarly, the Wood Man, a mysterious creature made of wood with a round head and body, is transformed by his low-register, straightforward voice, and he’s one of my favorite characters because of it.

While each episode essentially stands alone, Season 2 gives Hilda a bit of a recurring nemesis in Erik Ahlberg, the head of the Trolberg safety patrol, who’s more interested in glory than keeping anyone safe (or listening to reason). He’s a natural enemy for Hilda, who believes in doing what’s right for all involved, whether that be her family and friends or the creatures she encounters. Her solutions are rooted in empathy and understanding, and it’s a lesson anyone, but especially the younger audience Hilda is geared toward, can learn.

Interesting tidbit: Hilda is voiced by Bella Ramsey, who is most known for her popular turn as Lyanna Mormont on “Game of Thrones.” It feels like the perfect casting, as there are some parallels between Lyanna and Hilda, although the latter is more the peaceful sort. Both, however, are capable young women in strange worlds and worthy role models to boot. Andy Serkis ("Black Panther") also makes a guest-voice appearance in a Season 2 episode.

The brief, self-contained installments make for the perfect little slice of escapism. They're also likely to inspire an answering adventurous spirit. I know that after I watch the show, I want to go on a hike or two and take in nature with the same appreciation that Hilda does. Unlike her, I don’t have a deer fox as a pet, but you can’t have everything.

Each season is only 13 episodes and they go by quickly. The final episode of the second season does end on a cliffhanger, which will be resolved in a 70-minute special episode slated to premiere sometime this year.

Available on: Both seasons are streaming on Netflix.

Binge this: 'Never Have I Ever' brings plenty of hilarity and heart

The highly rated and lauded “Never Have I Ever” has been on my watch list since it debuted on Netflix last April. I’m a big fan of Mindy Kalin…