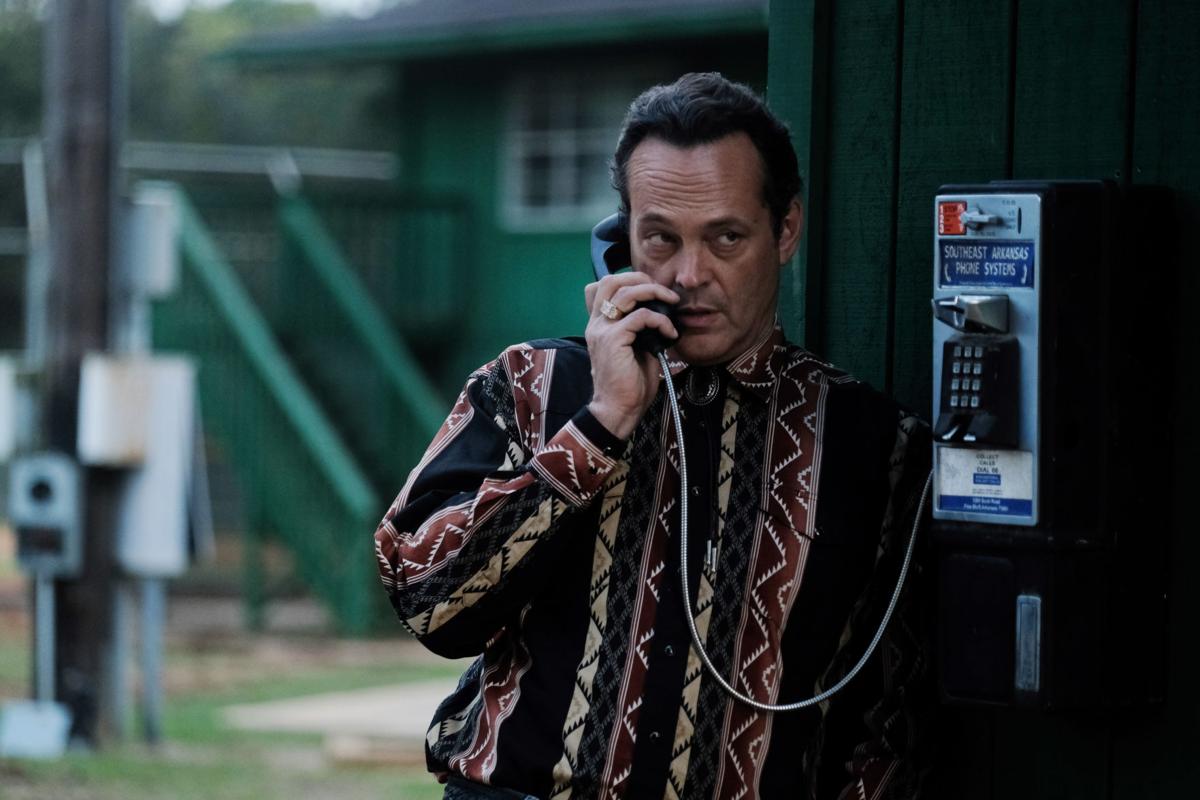 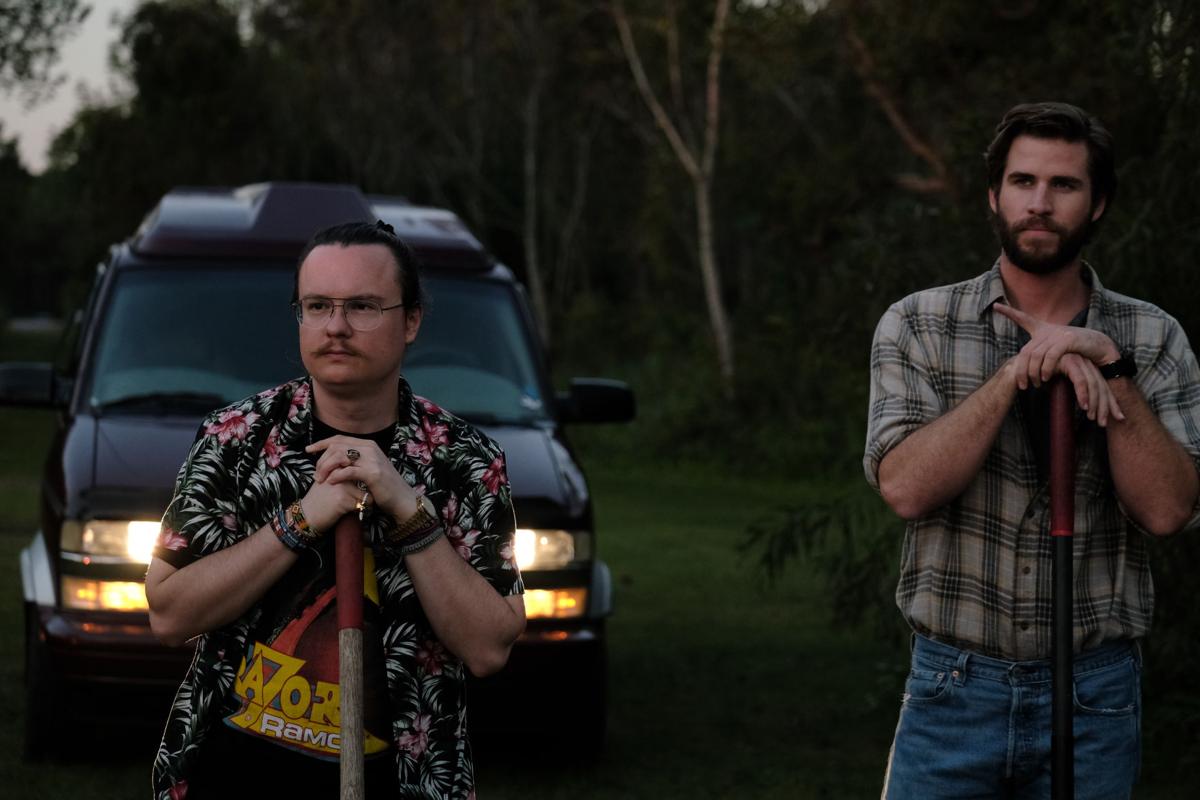 Those kooky characters distract from an otherwise decent movie. In trying hard to be a cult classic, "Arkansas" misses the more effective story at its center. For a feature-length debut, it's not a bad showing for Duke, but it could use some trimming.

Hemsworth stars as Kyle, a petty criminal who doesn't mind boredom but wants to move up in the business. Soon, Kyle gets his chance by driving a shipment of drugs across state lines with another low-tier criminal, Swin (played by Duke). Unlikely as the duo is, they have a common goal: impress the boss, a spooky figure they've never met who is named Frog (Vince Vaughn).

While Kyle and Swin's story forges ahead, with appearances from weird-for-weird's-sake characters like Bright (a grinning park ranger played by John Malkovich) and Her (Vivica A. Fox), we see Frog's come-up in crime. Frog's story is direct, never rambling as much as the movie's younger counter-acts. The reason Frog works is Vaughn.

Talkative and tall, Vaughn dials back the bachelor vibe of characters from "Dodgeball" and "Wedding Crashers." Like his performances in "Brawl in Cell Block 99" and "Dragged Across Concrete," Vaughn paces out his dialogue. With a few more years on him, his calm, good old boy Frog is more convincing than the mastermind from Season 2 of "True Detective."

Watching Frog's story play out in "Arkansas," you see how close Duke is to crafting that midnight noir he wanted to make. Duke has the necessary ingredients: a good lead performance, a few good supporting turns (Michael Kenneth Williams is underused as Almond) and an A-to-B story. The writer-director is nearly cooking.

However, "Arkansas" moves away from Frog, getting needlessly complicated. The body count grows. Wires are crossed. Graves are dug. Such a Southern-fried spin on a crime saga should be more than putting on an accent while checking off the boxes of a Tarantino-like movie. In that mad dash to meet such requirements, a crime saga is replaced with half-baked scenes.

"Very clever!" I yell sarcastically at the TV screen. "Can we get back to Frog?"

WHY IS THIS MOVIE RATED R? For violence, language throughout, drug material and brief nudity

WHY IS THIS MOVIE RATED R? For violence, language throughout, drug material and brief nudity.

An hour and a half into director Justin Kurzel's "True History of the Kelly Gang," a lanky Ned Kelly grimaces at his longtime friend Joe Byrne.