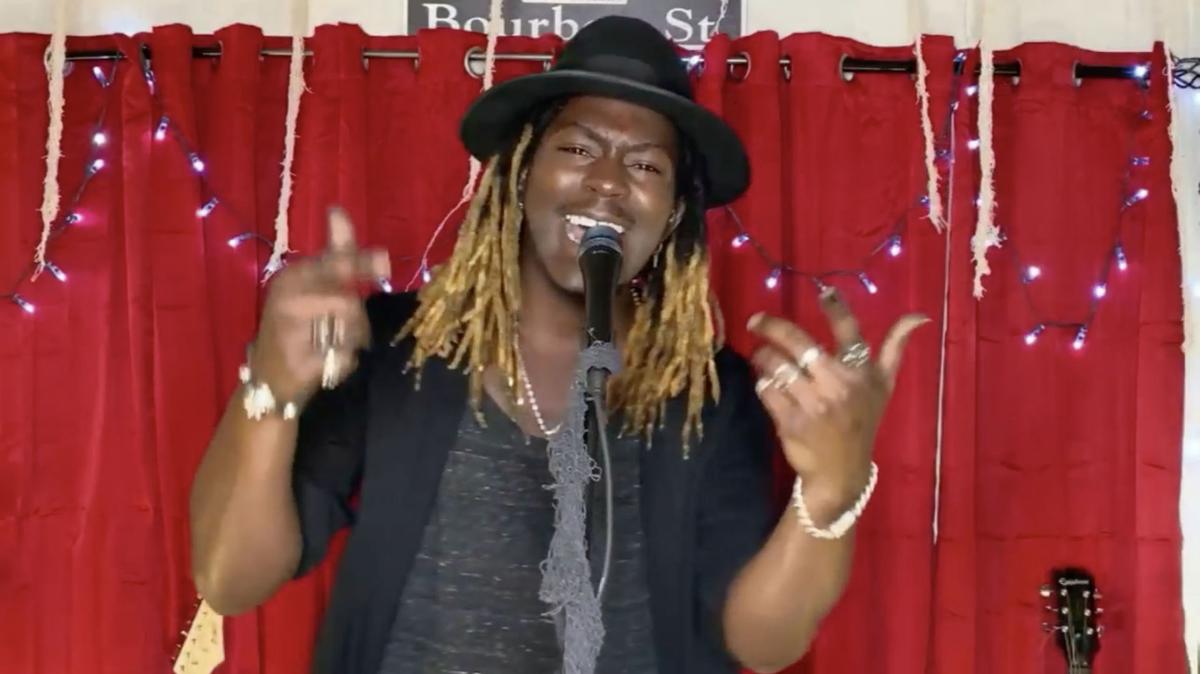 Jovin Webb sang Allen Stone's 'Voodoo' on the May 3 episode of 'American Idol.' He finds out Sunday if he made it to the hit show's Top 7. 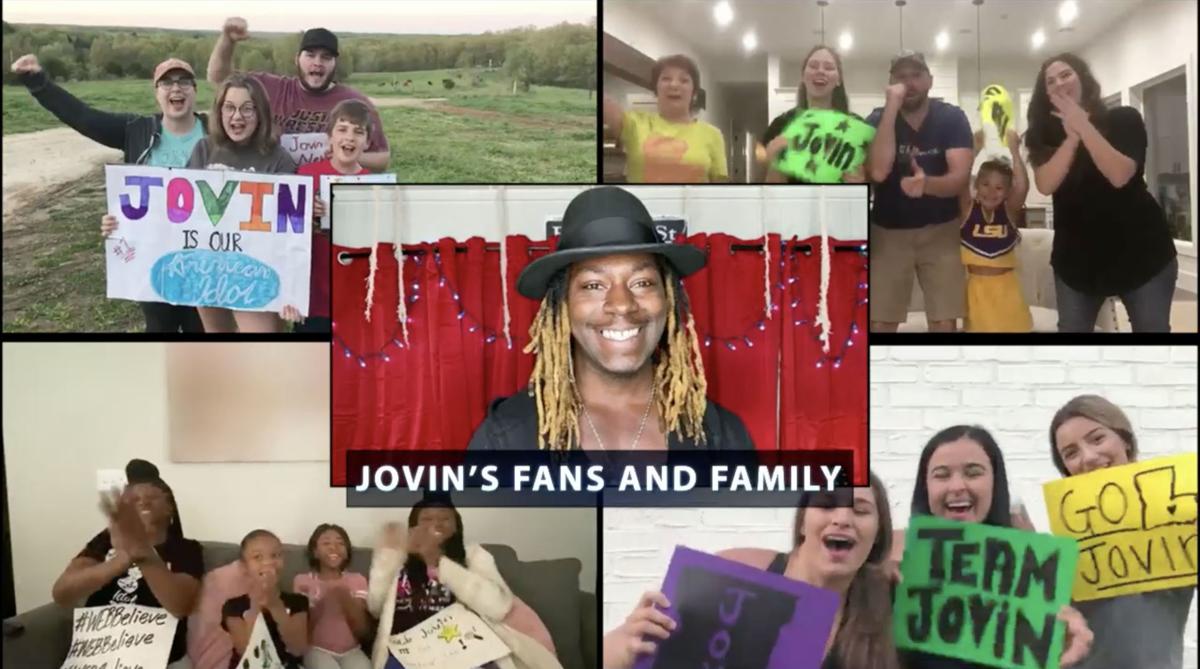 Baton Rouge's Jovin Webb, center, finds out he's made 'American Idol's' Top 10 on the May 3 show, as family and friends cheer him on during the remotely-shot episode. 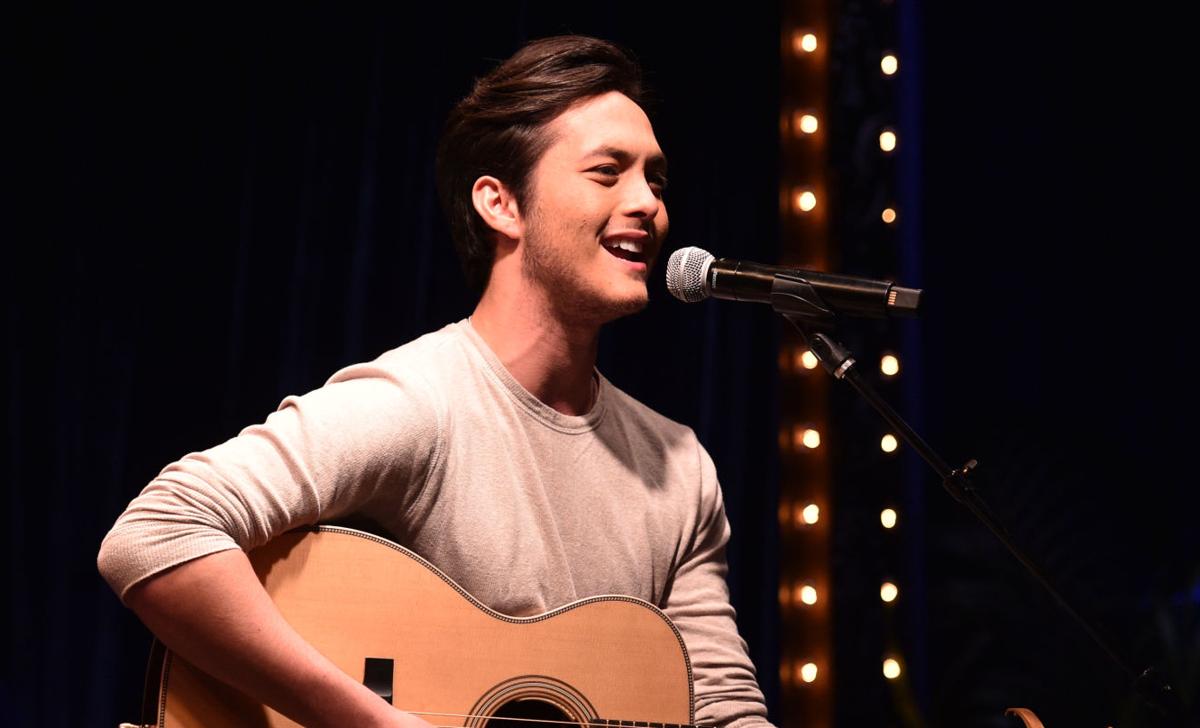 Jovin Webb sang Allen Stone's 'Voodoo' on the May 3 episode of 'American Idol.' He finds out Sunday if he made it to the hit show's Top 7.

Baton Rouge's Jovin Webb, center, finds out he's made 'American Idol's' Top 10 on the May 3 show, as family and friends cheer him on during the remotely-shot episode.

"Ya'll givin' this Louisiana boy his dream," a joyous Jovin Webb said in a Facebook video on Tuesday.

The 29-year-old Gonzales native made it into the reality competition series' Top 10 last week, thanks to America's vote.

Viewers will find out this week if Webb, lead singer for local bands Captain Green and Bayou Bullets, has cracked the Top 7. If so, he's heading in the same direction as Livingston's Laine Hardy did last year. The 19-year-old country singer went on to win the "Idol" title and released two songs, "Let There Be Country" and "Ground I Grew Up On," and an accompanying Livingston-shot video for "Ground" in March. He will perform "Life is a Highway" on Sunday's show.

Fellow Louisianian and Top 20 contestant Faith Becnel, of Destrehan, was eliminated from the competition, and is already in the studio working on her own music, she said on Facebook last week just after the show.

Webb, who now lives in Baton Rouge, is part of an "Idol" season unlike any other thanks to the coronavirus pandemic. All contestants, judges, the show's in-house mentor and host are participating on the live broadcast remotely each week.

Webb sets up a small stage, backdrops, iPhone cameras and lights in his garage each week. Precoronavirus, the show aired from Los Angeles, with the "Idol" hopefuls performing on a big stage with a full band and audience.

Webb is hoping the musical magic he stirred up on the May 3 episode with his rendition of Allen Stone's "Voodoo" will further advance him on the show. To see Webb's performance, click here.

"It's an old-school sound, but it's so fabulous coming out of your mouth," judge Lionel Richie offered.

"Jovin, literally, I was at a bar in NOLA, having an extra dirty martini when you were singing, and I can't do either of those things right now," judge Katy Perry said, referencing the coronavirus lockdown and her pregnancy. "When you set the scene, I escaped with you."

We caught up with Webb to talk about his at-home "Idol" experience so far.

Have you rewatched your last performance, and, if so, how would you critique yourself?

I'd tell myself to smile more and always work to dig deeper on every performance. I always tell myself to remember that you are telling a story through song.

Are you disappointed you’re not in Hollywood, or are there positives to singing in your own garage?

I’m not really disappointed about not performing on the Hollywood stage. It would have been cool, yes, but still not disappointed. I’m blessed for the opportunity. I heard someone once say a star will shine anywhere. In my case, I had to shine in a garage, and I took the challenge head-on.

Who helped you set up your performance space, if anyone?

I did 95% of the stage work for my performance, but I did have some help from Kandice Beard on ideas and guidance.

What kind of response are you getting on social media?

Social media has been all love. It's amazing to see how big this show is, and how many people it reaches from all over the world that genuinely enjoy what I do. It’s unreal, and I’m just so thankful for this opportunity.

How has your preparation for each show changed?

Each show is its own thing depending on the song I picked, but as far as preparation I haven’t changed anything. I always just try to be authentic and stand out.

I thank God and "American Idol" for all of this, and this amazing platform it’s given me. I thank all the fans and friends for watching, voting and believing in me. No matter the outcome of the show, this is just the beginning for me! I can’t wait to see what’s next!