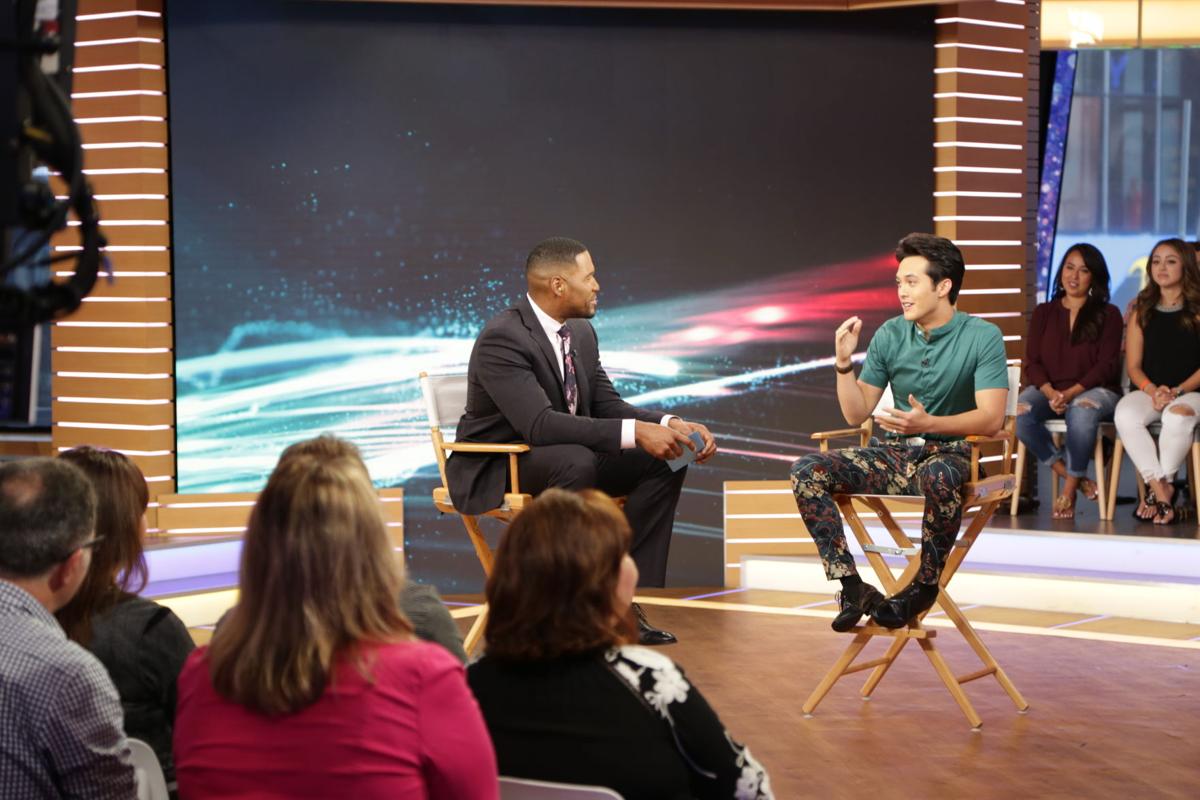 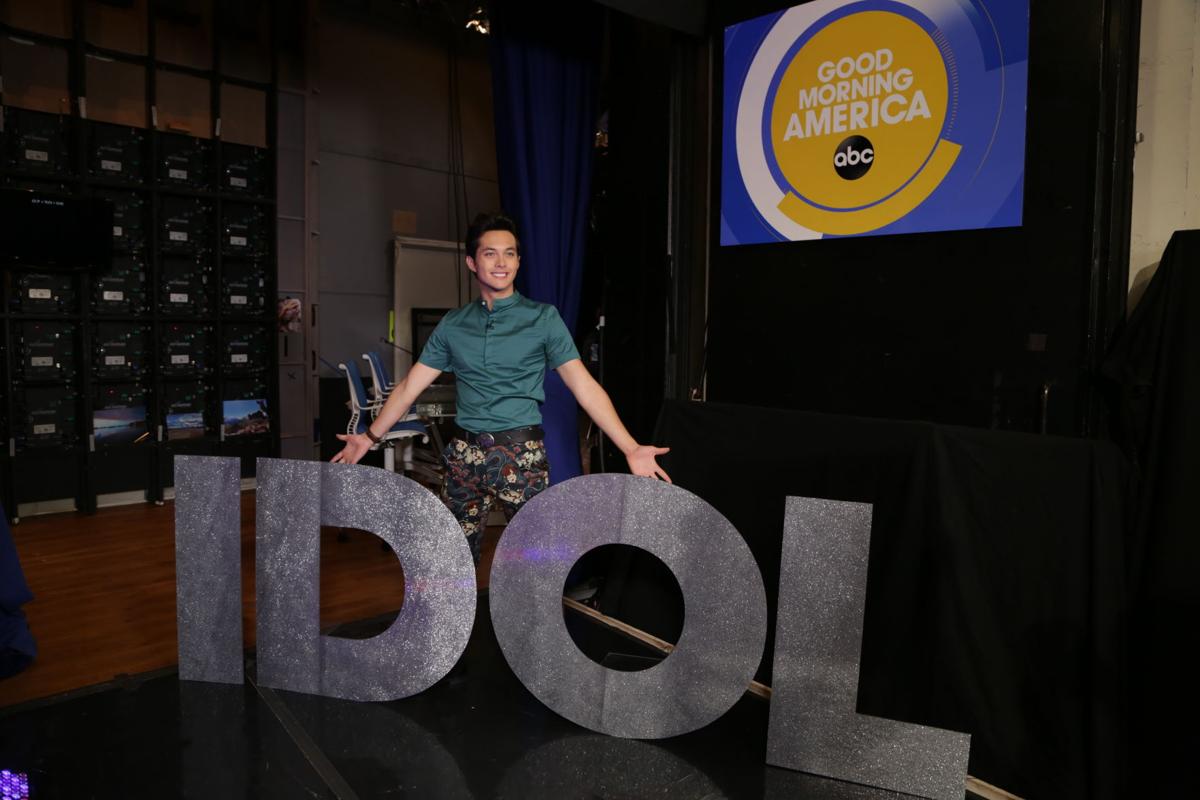 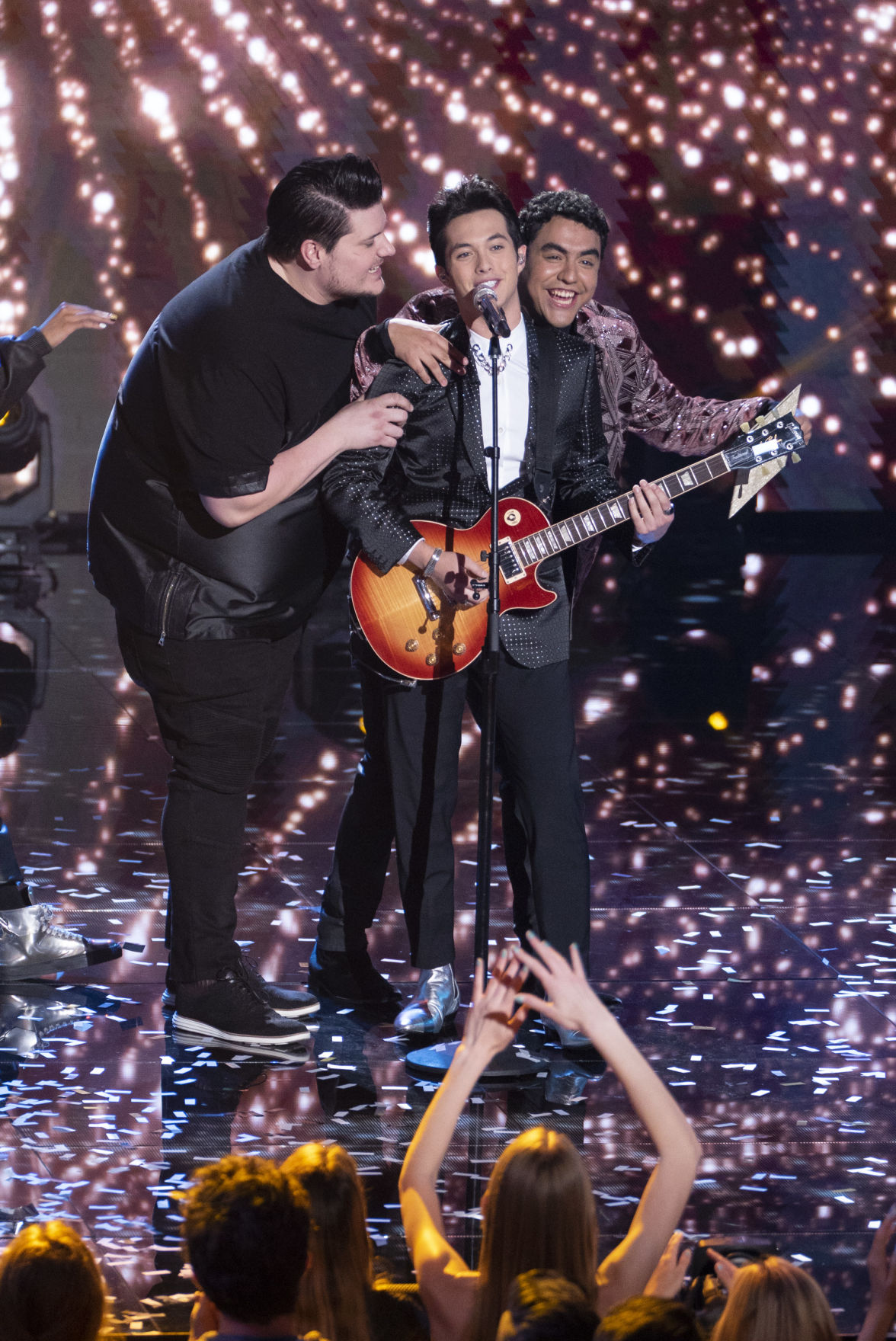 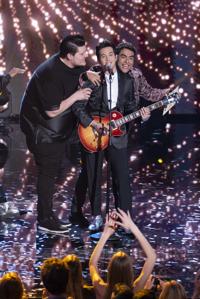 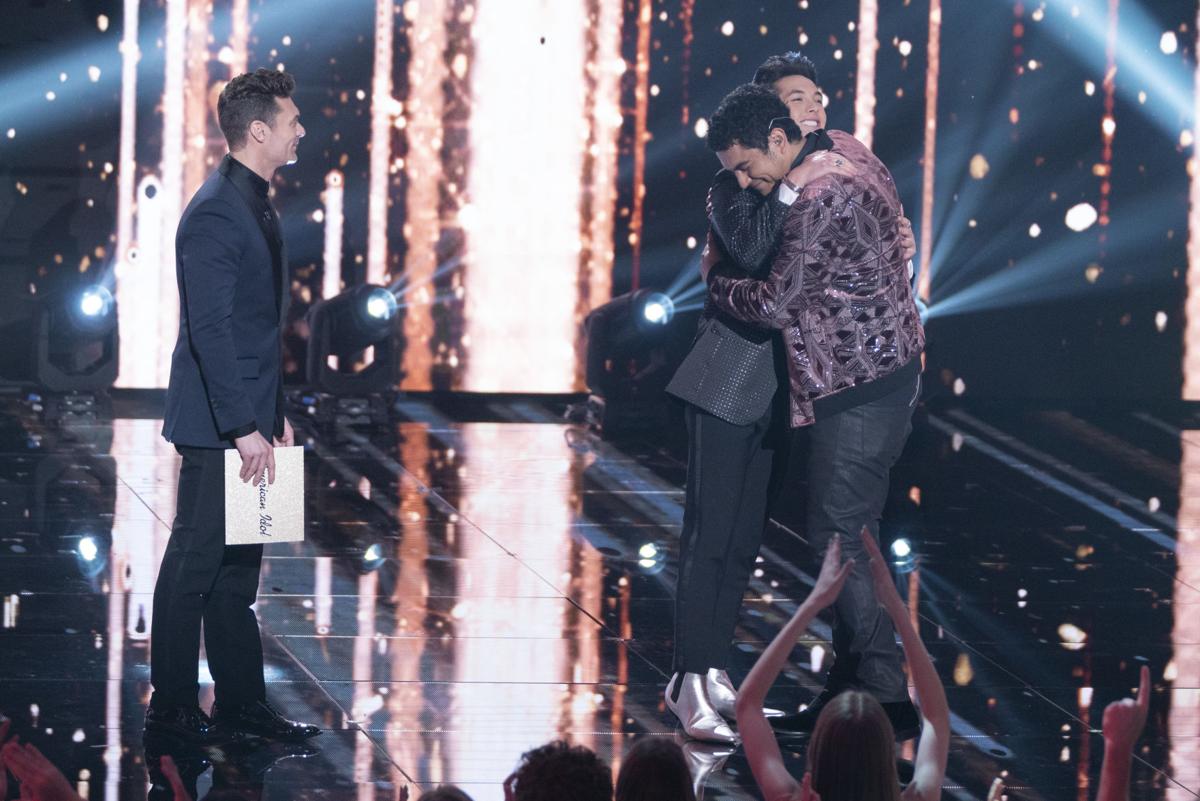 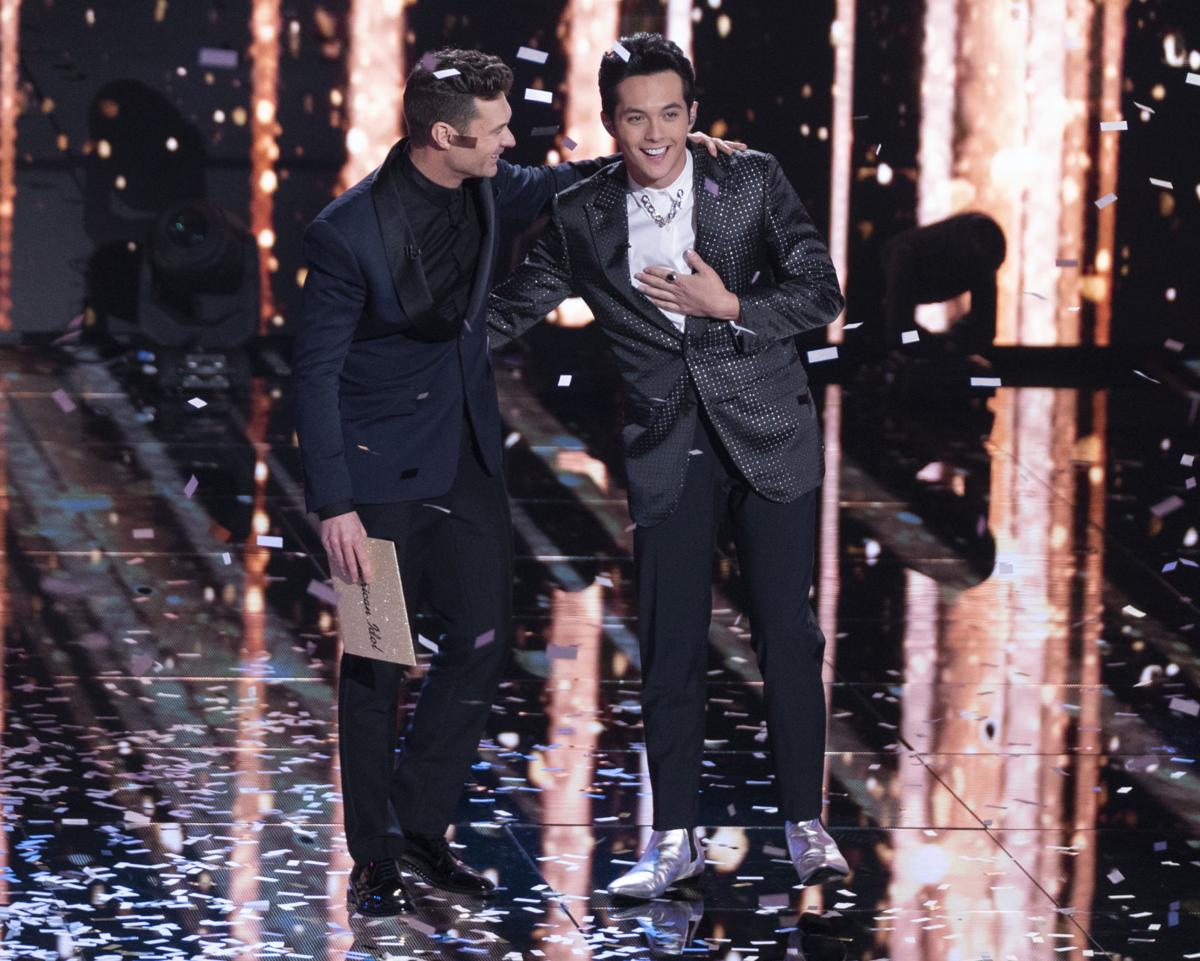 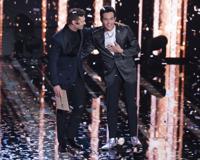 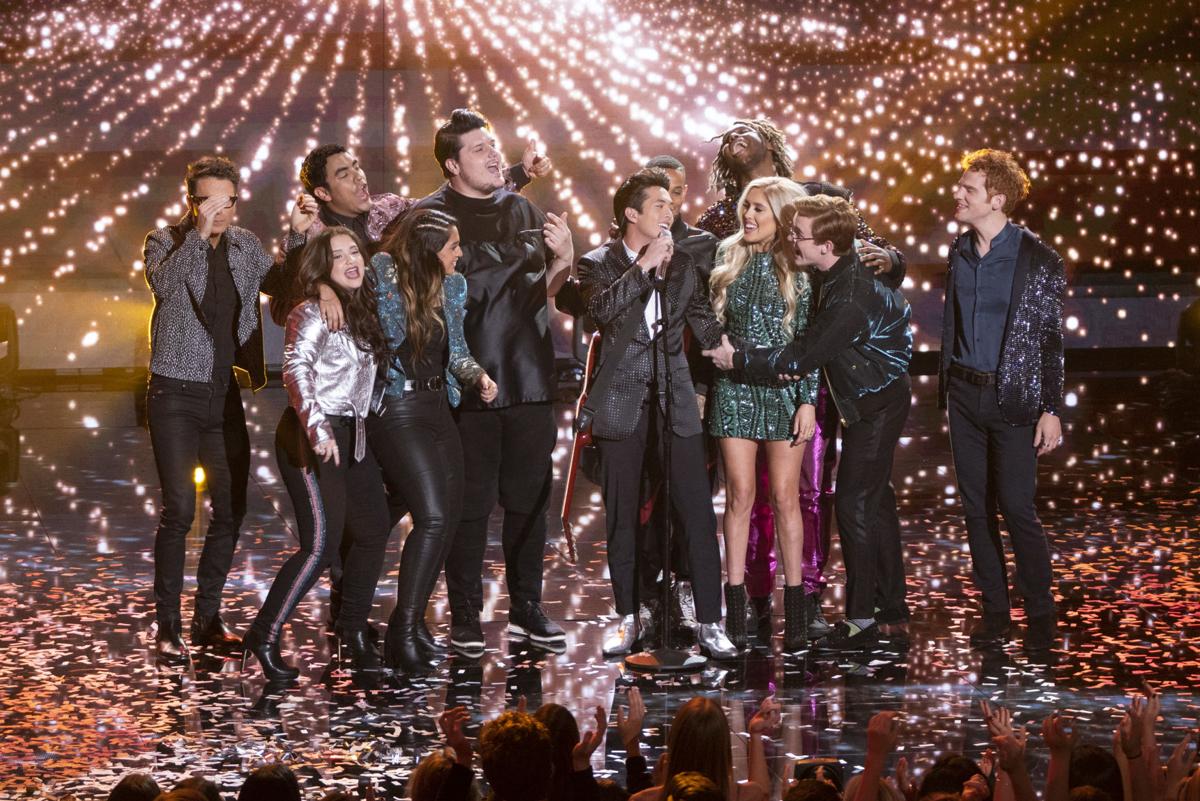 Laine Hardy celebrates his 'American Idol' win with his fellow top 10 finalists on May 19 in Hollywood.

Laine Hardy celebrates his 'American Idol' win with his fellow top 10 finalists on May 19 in Hollywood.

It was a 24-hour, cross-country whirlwind for Livingston's Laine Hardy in his first day as the 17th American Idol on Monday.

Shortly after celebrating on the "American Idol" stage in Los Angeles Sunday night at the end of the three-hour finale of the ABC reality singing competition, the 18-year-old French Settlement High graduate was whisked off to the airport for a red-eye flight to New York.

Laine Hardy was named the winner of the 17th edition of 'American Idol' on Sunday night, becoming the first Louisiana native to capture the 'I…

"I feel like it was seconds ago I was standing there with you," Ryan Seacrest, "Idol" host and co-host of "Live with Kelly and Ryan" told Hardy during his appearance on the morning talk show in The Big Apple.

"Have either of you slept?" co-host Kelly Ripa asked the two.

Seacrest said no; Hardy, teenager that he is, told Ripa he got "like three hours" on the plane.

Hardy, in his trademark shy country boy demeanor, said he was still processing his victory.

FRENCH SETTLEMENT — As a child, Laine Hardy loved to run around barefoot.

"I could barely sing just now," Hardy said after performing his new song "Flame" dressed in one of his now trademark flashy black, red and gray jacket. "I was thinking, 'Wow, I'm here right now.' It's crazy."

"Faith Ford was going crazy last night, because you know she's a Louisiana lady … and she was calling this from episode one, audition one, day one," Ripa commented. "She was behind Laine from the get-go so now she's all puffed up … she's 'I told ya'll so.'"

Earlier Monday, Hardy stopped by ABC's "Good Morning America" and spoke with co-host Michael Strahan about his feelings during the results announcement.

"When Ryan (Seacrest) called my name, my mind blacked out and I didn't know what to do," Hardy said.

Hardy also said he will jump straight into his music career after a quick trip home.

"Now that the show is over, first thing I'm going to do is go home and see my mom," he said. "I miss my mom, my family, my dogs and stuff, for just a couple days or something. Then I'm going to get straight into working on my music and getting it out to my fans."

Back in Louisiana, Hardy’s win drew speedy congratulations from officials throughout the state.

“Me oh my oh, congratulations @TheLaineHardy! You’ve made us all #LouisianaProud back home and we can’t wait to have big fun on the bayou!” Gov. John Bel Edwards wrote on Twitter after the winner was announced.

They came in strollers, all-terrain vehicles and wagons, and of course, cars and pickups.

In an interview Monday afternoon, Livingston Parish President Layton Ricks said he was "ecstatic" about the win and believes Hardy has a long future in the music business.

"I'd like to think we (in Livingston Parish) all helped him win. I know I voted many, many times, and I'm sure everyone else did," Ricks said.

Ricks said he has not yet planned an event to fete Hardy's win, but he'd like to have a celebration and erect a billboard in his honor.

A spokeswoman for Edwards said the governor's office also had not been involved in plans for a celebration.

LIVINGSTON — They chewed their fingernails, covered their faces and crossed their fingers as host Ryan Seacrest held the envelope containing t…

The singing contest had to face off against the series finale of the uber-popular HBO medieval fantasy series “Game of Thrones,” which attracted 19.3 million viewers, according to the network.

Hardy’s new single “Flame” was the No. 4 song on the iTunes Top Songs list Monday afternoon.