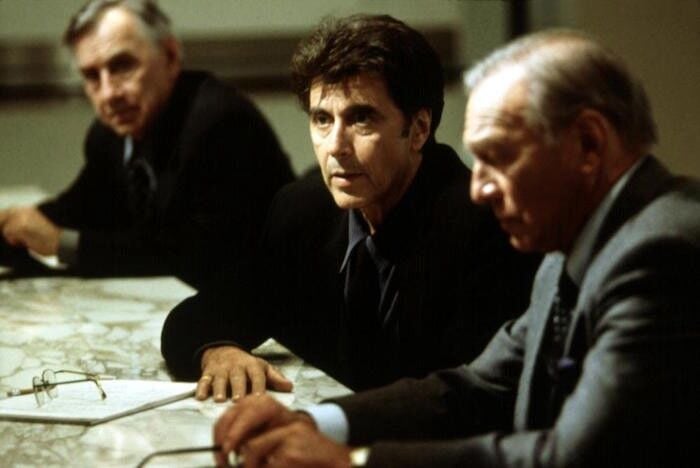 Al Pacino, middle, defends his story in the thriller 'The Insider.' 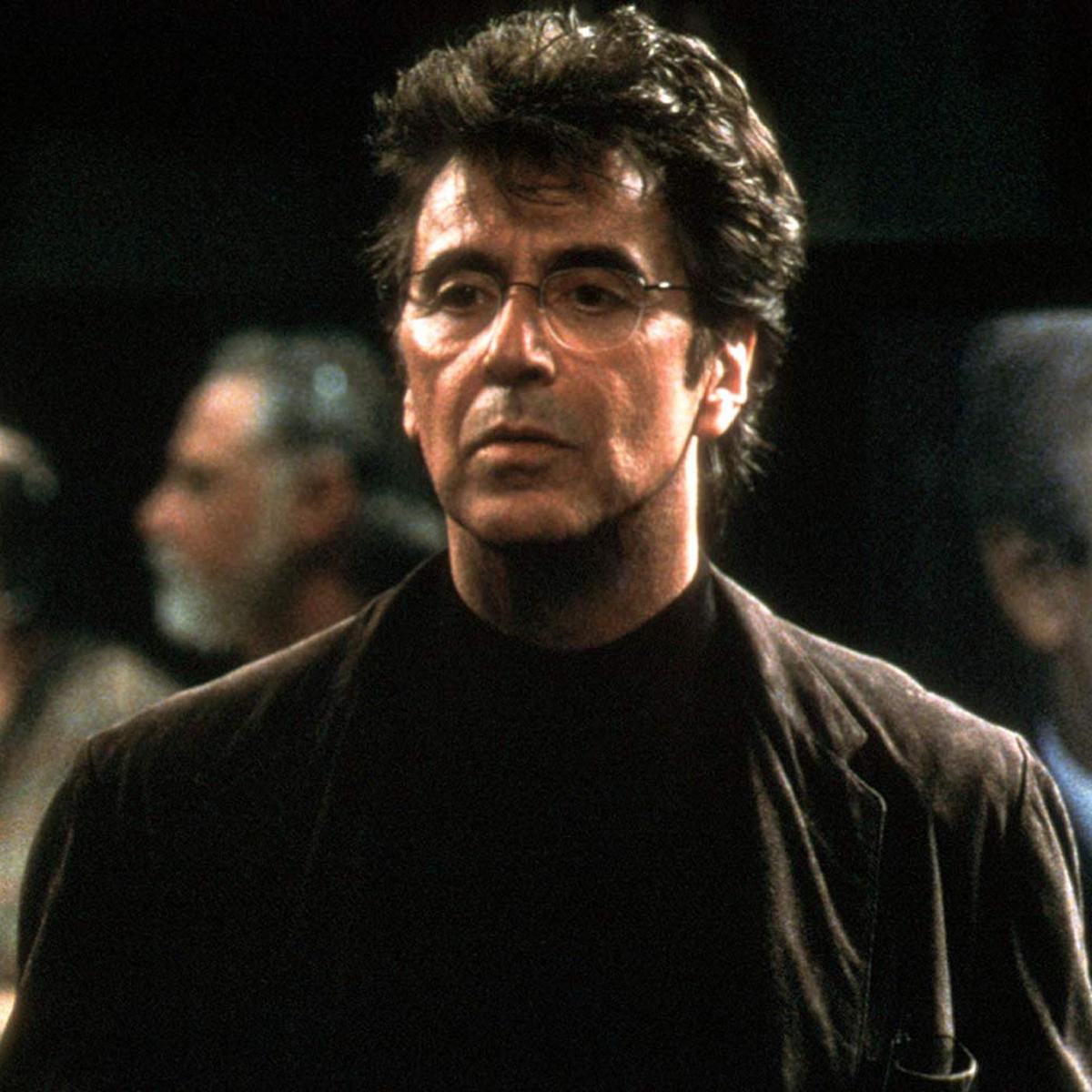 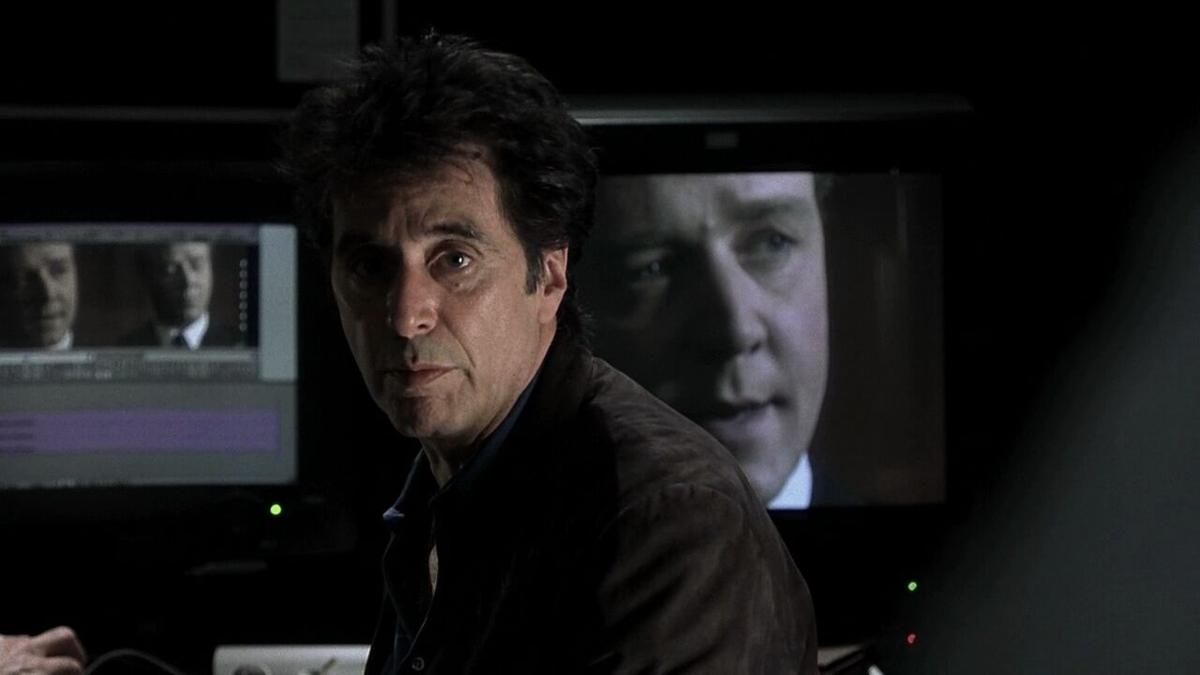 Al Pacino works on a rough cut of his story in 'The Insider.'

Al Pacino, middle, defends his story in the thriller 'The Insider.'

Al Pacino works on a rough cut of his story in 'The Insider.'

Widely regarded as one of the best action filmmakers for his work on 1992's "The Last of the Mohicans," 1995's "Heat" and 2004's "Collateral," director Michael Mann's best work isn't about cops and robbers, but about investigative journalism.

In 1999, Mann reteamed with "Heat" star Al Pacino for "The Insider," a movie based on real-life TV producer Lowell Bergman (Pacino) and tobacco whistleblower Jeffrey Wigand (played by Russell Crowe). Initially, Bergman asks Wigand to look at scientific documents for a possible story on "60 Minutes." However, Wigand is paranoid of any association with the press, given that he was recently fired from his job as a research chemist at Brown & Williamson.

In one of CBS' most bungled interviews, Wigand catapults to a star witness, the key to Mike Wallace (played by Christopher Plummer) and Bergman's exposé on big tobacco. Even as the journalists safeguard their source and storytelling, corporate overlords at CBS and Brown & Williamson threaten the story's integrity.

Like Mann's best action movies, "The Insider" is an urgent and detailed movie that makes suspenseful the smallest events. An early back and forth via fax machine between Wigand and Bergman feels high stakes as Mann constantly cuts between a driven reporter and now-jobless father.

The script, from Mann and Eric Roth, gives the cast quotable moments of glory, too. Playing a Kentucky attorney on Wigand's team, Bruce McGill perhaps has the best moment, turning beet red as he tells a corporate lawyer, "Wipe that smirk off your face!"

Pacino is in peak form, too, telling federal agents, "I'm getting two things: pissed off and curious." When Bergman is told to back off by CBS corporate because of "tortious interference," he responds, "That sounds like a disease caught by a radio."

Intertwined with these memorable moments are realistic depictions of what Bergman describes as "ordinary people caught in extraordinary situations." Mann thoroughly shows the downfall of Wigand as he humbly interviews at a high school as a chemistry teacher, how Bergman is balancing other stories alongside convincing Wigand to get on camera for an interview, and Wigand's gradual disconnection with his once-storybook family life. The scenes are made more vivid with Dante Spinotti's high contrast cinematography.

Unlike Mann's action-thriller filmography, "The Insider" doesn't have a lone, obvious villain. Instead, the movie shows people grappling with their principles while being stifled by lackeys; terms and conditions; and corporate buzzwords. What makes "The Insider" one of the greatest journalism films is how it never bows to sentiment. In this modern-day David vs. Goliath, Goliath has an unlimited checkbook to stifle his small foes, no matter how pissed off or curious they might be.

Stream this: These scary movies will get you into the Halloween spirit

Trick or treat … or maybe just stay in and watch a scary movie.