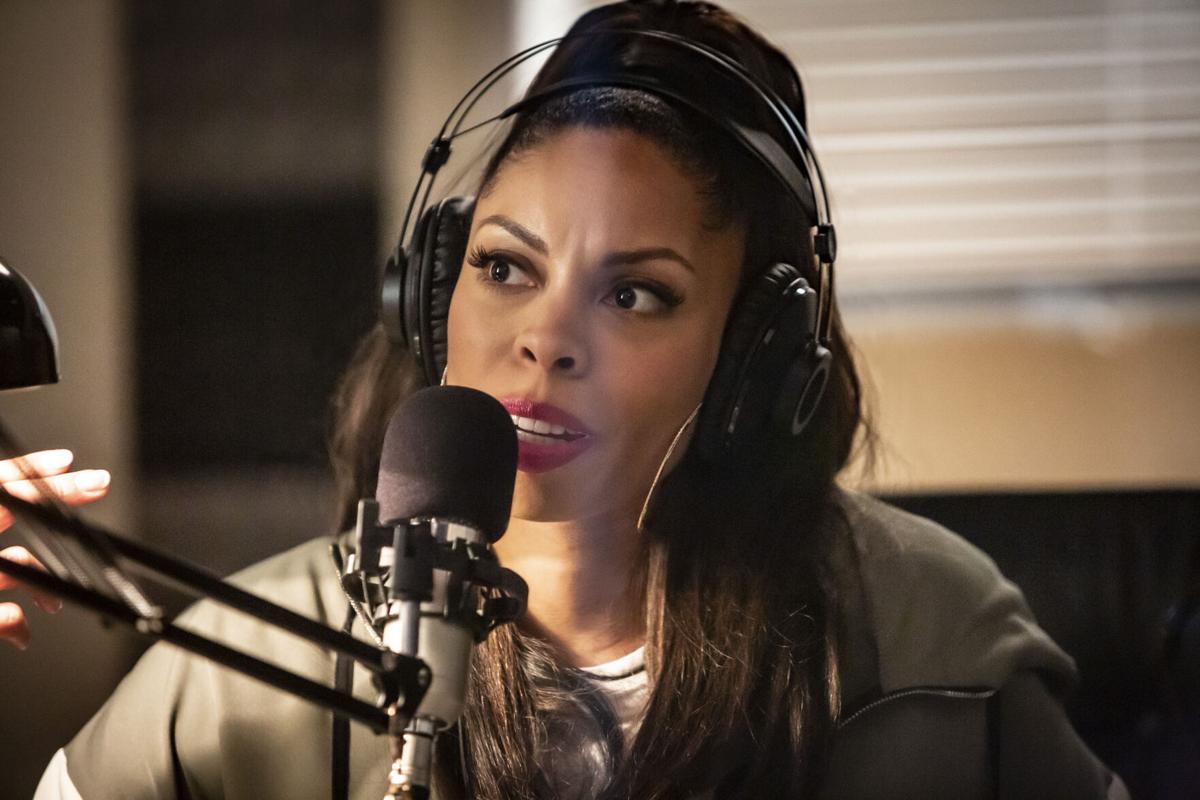 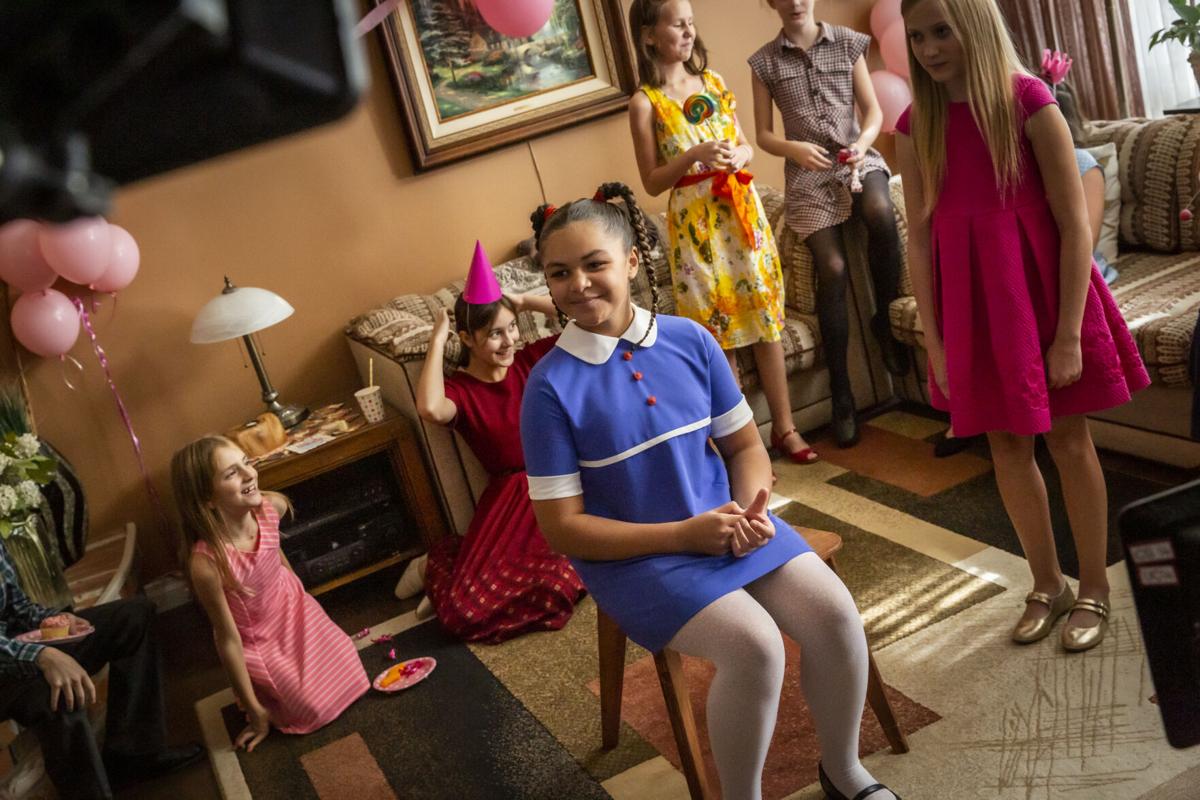 In 'Wendy Williams: The Movie,' Maika Quiashie plays Williams as a girl, who was chastised by family and friends about her weight. 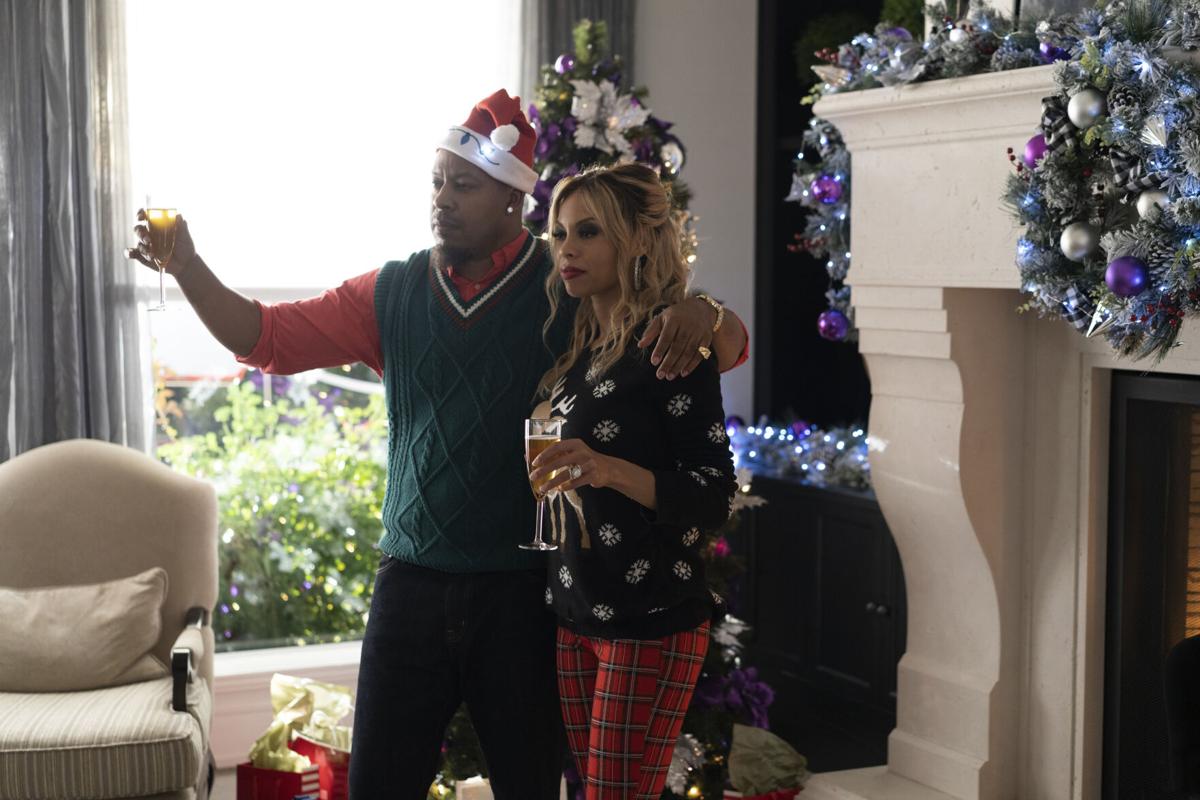 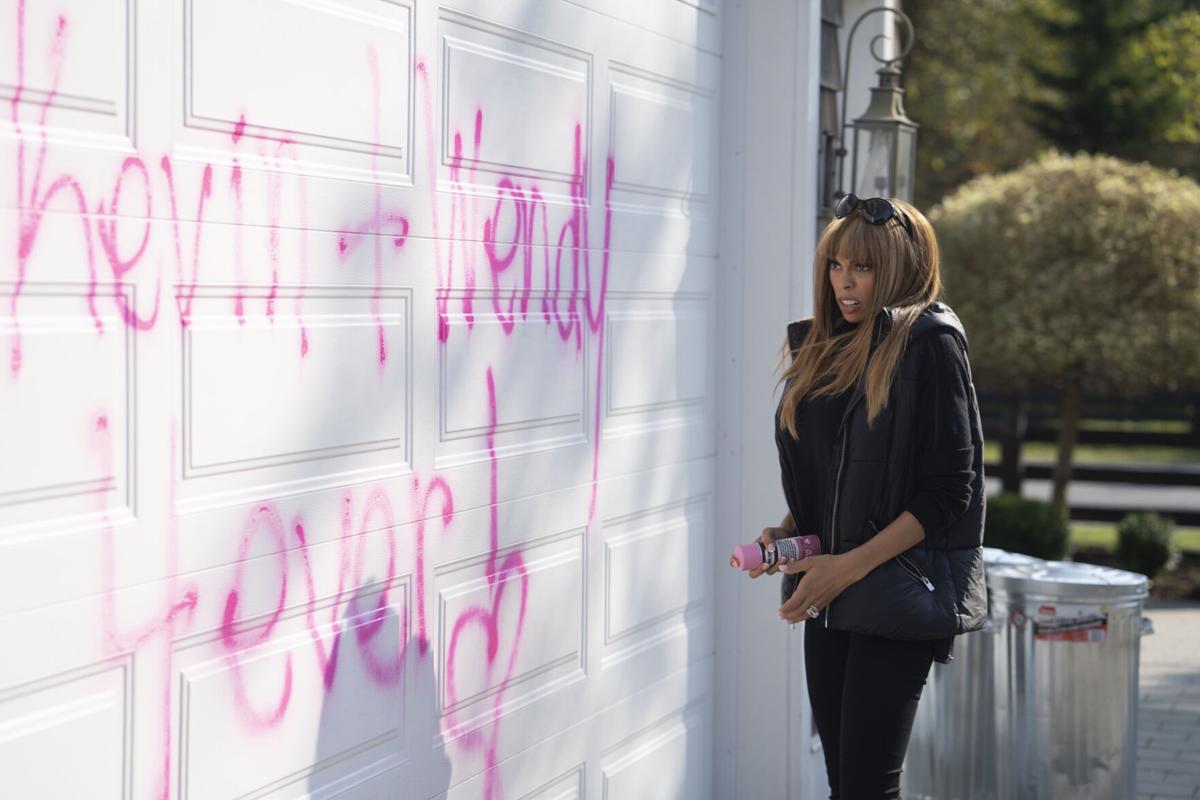 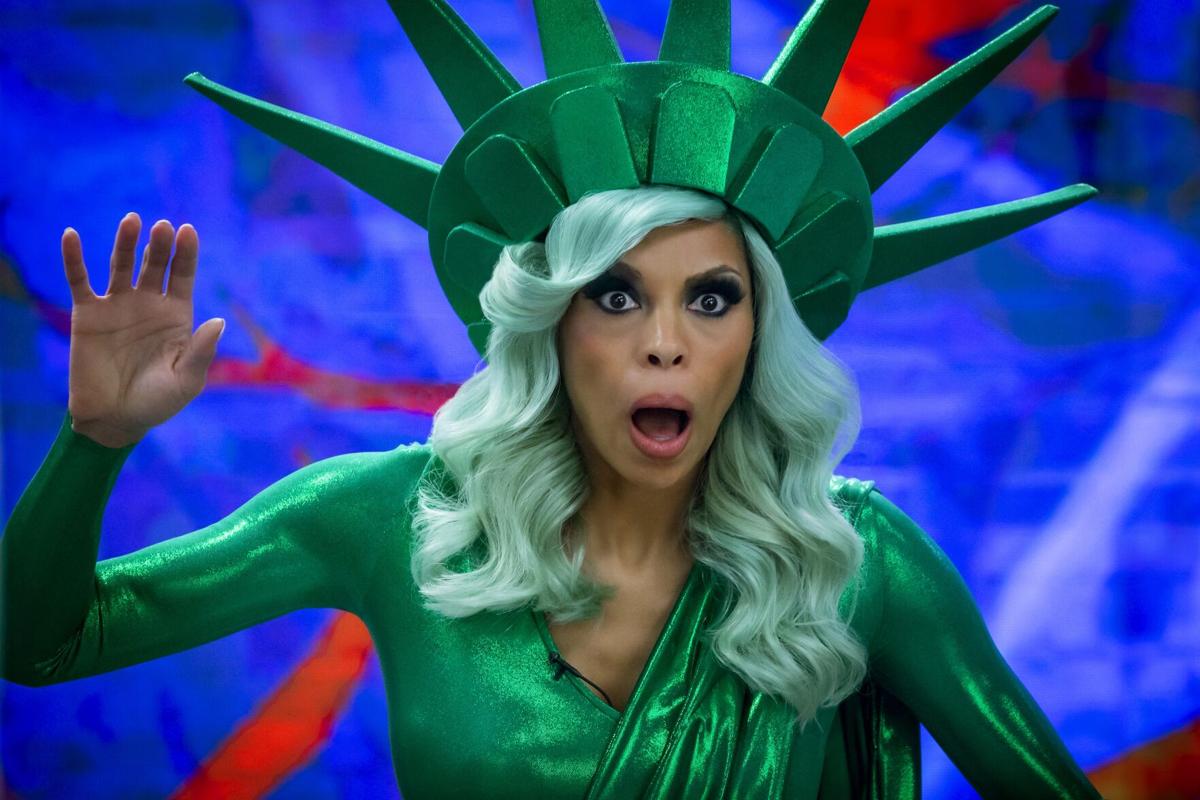 Ciera Payton tackles a scene in 'Wendy Williams: The Movie,' where the TV talk show host, wearing a Statue of Liberty Halloween costumes, faints on air.

In 'Wendy Williams: The Movie,' Maika Quiashie plays Williams as a girl, who was chastised by family and friends about her weight.

Ciera Payton tackles a scene in 'Wendy Williams: The Movie,' where the TV talk show host, wearing a Statue of Liberty Halloween costumes, faints on air.

Wendy Williams is a woman no one really knows.

That's according to New Orleans native and actress Ciera Payton, who took on the challenge of portraying the over-the-top TV talk show host in Lifetime's upcoming biopic "Wendy Williams: The Movie."

After months of research and eight weeks of filming, Payton said she hopes viewers will see a bit of themselves in her interpretation of the oft-controversial, complex Williams.

Just last week, Williams' personal life again made headlines as she and her brother Tommy traded accusations concerning what went down at their mother's recent funeral.

In the midst of a bitter divorce, Williams fainted during her Halloween 2017 show, citing low electrolytes and her heavy, hot Statue of Liberty costume as the cause. The latter incident is depicted in the film, one of many highs and lows in the seemingly no-holds-barred Williams story.

"It started off with me watching her shows, and picking up her mannerisms and kind of the characteristics of her," Payton said from Los Angeles, where she lives now. "But then I realized, you know, all of us, we are different people in different settings, and so I feel like the person we see on the show is somewhat of a character that Wendy created. And so I wanted to try and find out who the woman was behind the show."

Payton pored over YouTube videos of Williams, observing, among other traits, how the unflinching interviewer changed when she became the interviewee.

"In her early radio days, she was very girlie, there were some little bits of her that were very demure," Payton said. "And so I started to just piece together who I felt and thought this woman was.

"But then when things started getting really close to the production, I was like, 'I want to strip all of that away and just be real and authentic and really just play a woman that has had a lot of ups and downs and just so happens to be a talk show host and just happens to be Wendy Williams.' And so I had to really inform a lot of the character based on my own personal experiences and also based on some women I know in my life."

Payton and Williams also had two hourslong phone conversations prior to filming during which Payton said she took note of the cadence of Williams' voice and picked up on her energy.

"Also, I just wanted to hear her tell me stories that were being told in the script," Payton said.

Although Williams was an executive producer on the movie project, COVID-19 restrictions and her syndicated talk show schedule kept her from being on set in Vancouver, British Columbia, during the shoot in September and October, Payton said.

"She definitely was very much involved behind the scenes," Payton said. "I can only assume that she had a lot of involvement with hair and makeup and wardrobe, and what the scenes looked like."

A New Jersey native, Williams, now 56, began her career in radio, gaining notoriety as a "shock jockette" in New York in the 1990s.

For insight into hosting a radio show, Payton sought out Tammi Mac, on-air personality at KJLH-FM in Los Angeles.

"We talked on FaceTime," Payton said, "I picked her brain."

Payton, who turns 35 on Tuesday, also has her own recollections of Williams' radio days.

"After I graduated from college (University of North Carolina School of the Arts), I moved up to New York," Payton recalled. "I lived in Harlem. I had heard a little bit about her. When I'd get into taxis, they'd be playing her radio show."

Payton continued to follow Williams as she launched her TV show in 2008.

"I just remember being, you know, a young single girl in New York, and working waitressing jobs and auditioning, then coming home at night, pressing play on the DVR and watching Wendy Williams and listening to the advice that she would give to young girls in New York," Payton said.

"I will never forget she had said something about 'If you're young in the city, like, always carry a $20 bill with you because if you ever get into any trouble, a $20 bill will get you a ride back home.' I was like, 'Heck, yeah, I'm going to take that advice.' To me, she was always like a friend in my head."

Payton said she could empathize with Williams' difficult childhood. In the film, viewers will see a young Wendy chastised at home and bullied by friends about her weight. As a young adult, her addiction becomes cocaine.

"I experienced firsthand all of that growing up, you know, with my father," Payton said. "We lived in the 3rd Ward. I lived with my father and my grandmother and his two sisters. We all lived in a little two-bedroom apartment. We endured so much with seeing my father struggle with cocaine and crack addiction, and also my aunt struggled with heroin.

"As a child watching that, I didn't understand it. I knew it was bad; I hated it. I hated walking in seeing my aunt shooting up and all that type of stuff, but in some weird way, it made me just love these people in my family so unconditionally."

As far as Williams, there was much to learn before stepping into her heels.

"I didn't know how she was raised," Payton said. "I had heard about some of the sexual assaults that she had endured early in her career, but I didn't know about the miscarriages, the extent of her relationship with Kevin (Hunter, her second husband), and so finding all of that out made my heart grow even bigger for her."

Payton said doing her homework for her first major starring role paid off.

"After the trailer dropped, (Williams) reached out to me and had nothing but good things to say. And she was very happy with the movie," Payton said. "It makes me really happy knowing that."

Payton also will probably use Williams' advice on portraying her going forward into more roles, including her continuing stint as fashion designer Lilly Winthrop in the Tyler Perry drama series "The Oval" on BET.