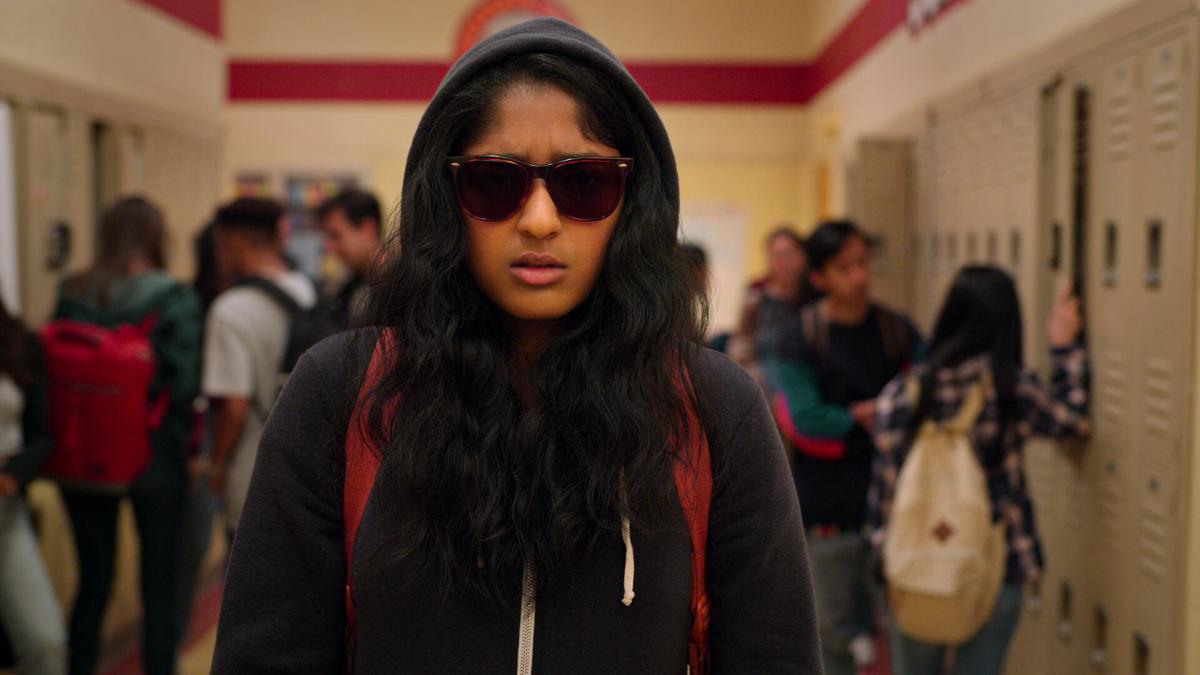 Maitreyi Ramakrishnan is Devi Vishwakumar, a high school sophomore who wants to change her life, break away from her nerdy persona and get a boyfriend, in Netflix's 'Never Have I Ever.' 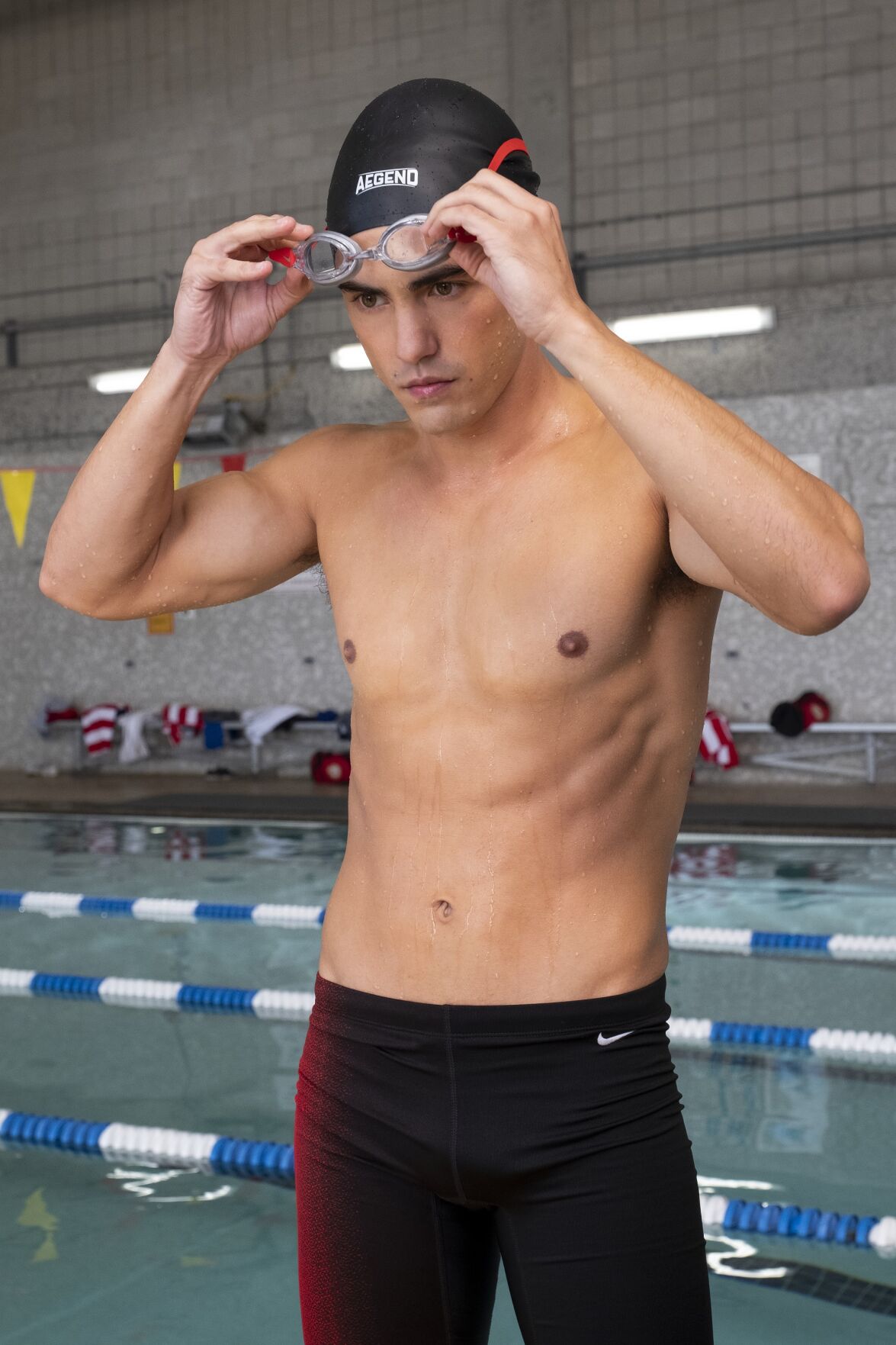 Darren Barnet plays the most sought-after boy in school, Paxton Hall-Yoshida, in 'Never Have I Ever.' 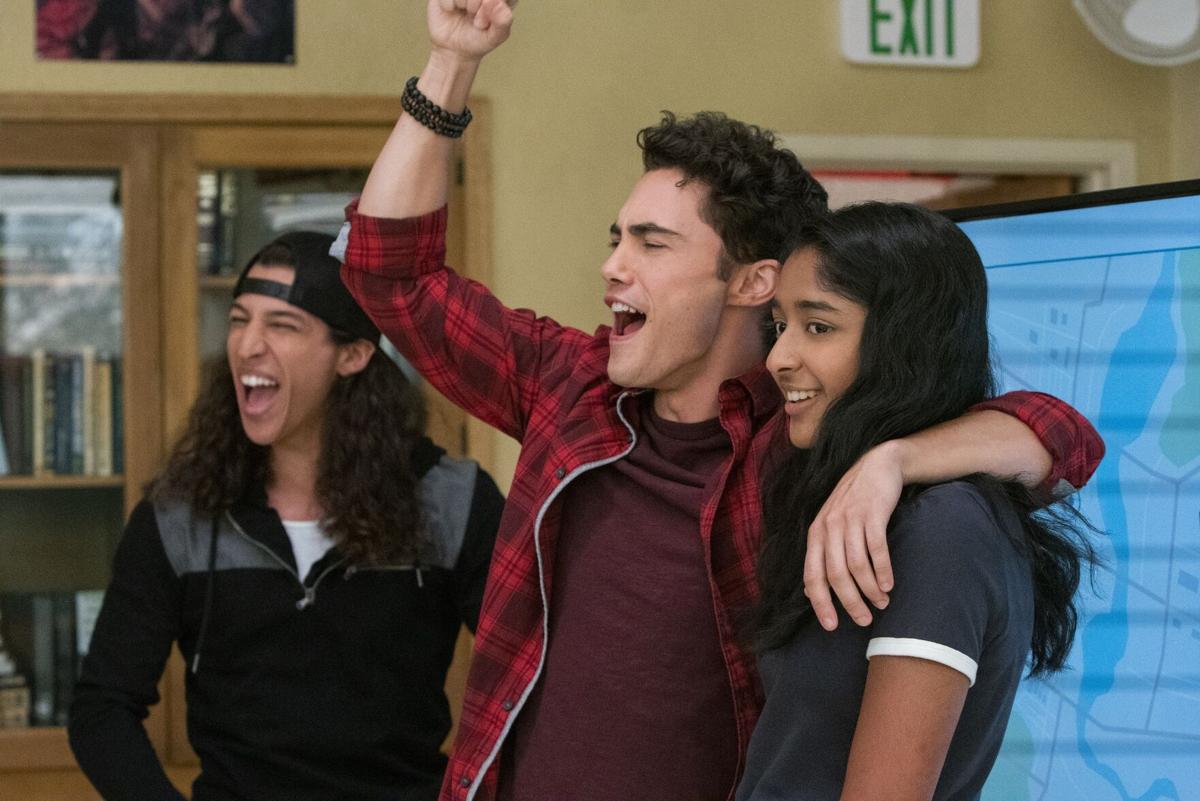 Benjamin Norris as Trent Harrison, Darren Barnet as Paxton Hall-Yoshida, and Maitreyi Ramakrishnan as Devi Vishwakumar star in 'Never Have I Ever.' 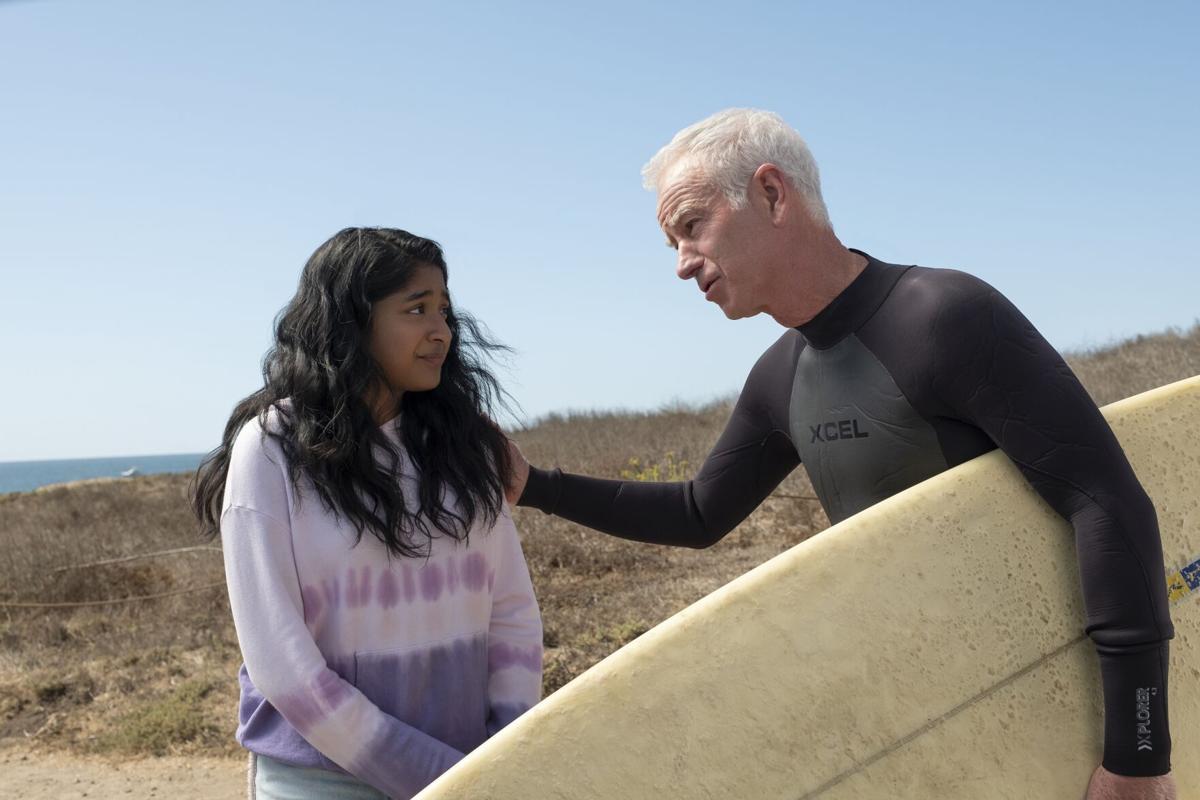 John McEnroe plays himself in and also narrates the Netflix romantic comedy series, 'Never Have I Ever.' At left is main character Devi Vishwakumar (Maitreyi Ramakrishnan).

Maitreyi Ramakrishnan is Devi Vishwakumar, a high school sophomore who wants to change her life, break away from her nerdy persona and get a boyfriend, in Netflix's 'Never Have I Ever.'

Darren Barnet plays the most sought-after boy in school, Paxton Hall-Yoshida, in 'Never Have I Ever.'

Benjamin Norris as Trent Harrison, Darren Barnet as Paxton Hall-Yoshida, and Maitreyi Ramakrishnan as Devi Vishwakumar star in 'Never Have I Ever.'

John McEnroe plays himself in and also narrates the Netflix romantic comedy series, 'Never Have I Ever.' At left is main character Devi Vishwakumar (Maitreyi Ramakrishnan).

The highly rated and lauded “Never Have I Ever” has been on my watch list since it debuted on Netflix last April. I’m a big fan of Mindy Kaling, who co-created the show with Lang Fisher (“Brooklyn Nine-Nine,” “The Mindy Project”), so it's a no-brainer.

February’s the month of love, the perfect time to dive into this coming-of-age romantic comedy series and see what I've been missing.

The short answer — a lot. Within 12 minutes, I was hooked.

Narrated by none other than legendary tennis bad boy John McEnroe, “Never Have I Ever” wastes no time in getting to the core of main character Devi Vishwakumar. She’s entering her sophomore year of high school after her father's death, followed by her three-month stint in a wheelchair. She wants to change her life, break away from her nerdy persona and get a boyfriend. Devi brings along her two best friends, Eleanor Wong (Ramona Young, “Santa Clarita Diet,” “DC’s Legends of Tomorrow”) and Fabiola Torres (Lee Rodriguez, "Grown-ish," "Class of Lies").

Devi is headstrong with a temper to match her narrator, but she’s also incredibly earnest in everything she does: She wants what she thinks is best for her and her two friends. But she doesn’t take well the revelation that Eleanor already has a boyfriend, and she ends up propositioning the most sought-after boy in school, Paxton Hall-Yoshida (Darren Barnet, "American Pie Presents: Girls' Rules," "Agents of S.H.I.E.L.D.").

There are hijinks, misunderstandings and mess-ups aplenty in the unfortunately short 10-episode season, with Devi finding alternating triumphs and pitfalls in her mission to get the guy while also refusing to deal with the grief over the death of her father (played so beautifully by “Heroes'” Sendhil Ramamurthy that it hurts that he’s dead). Devi butts heads with academic rival Ben Gross, who is just as driven as Devi. The episode focusing on him not only features narration by Andy Samberg, it’s also a poignant look at his rather lonely life.

This role is actress Maitreyi Ramakrishnan’s first, and she portrays Devi’s alternating vulnerability and bullheaded stubbornness with heart and charm. The character is believable and hilarious — which is no surprise coming from powerhouses like Fisher and Kaling (Devi is loosely based on Kaling herself and her own experiences as an Indian-American). Ramakrishnan isn’t the only one who kills it: “The Night Of”’s Proona Jagannathan is captivating as Devi’s mother, who is strict and unyielding as she struggles to raise a headstrong daughter in the wake of her husband’s sudden death. Jaren Lewison’s Ben is all straight-laced snobbishness until his own insecurities are revealed and both Devi and you as the viewer will soften toward him.

Eleanor and Fabiola aren’t mere side characters — they have strong, high-stakes storylines that ensure they aren’t thrown to the wayside. Eleanor has a tricky relationship with her flaky, absent mother, who aspires to be an actress just like Eleanor. Fabiola is coming to terms with her sexuality while her own mother pressures her into traditional, “girly” interests. But Devi’s self-absorption puts their friendships to the test throughout the series.

“Never Have I Ever” is the sort of show that brings light and happiness even as it refuses to shy away from deeper topics. I shouldn’t be surprised by this, as it’s what Fisher has been doing on “Brooklyn Nine-Nine” for years, and Kaling knows how to blend smart humor with heart. Even so, this show took me by surprise and carried me away for a blissful five hours. It’s my hope that it does the same for you. Don’t be surprised if you shed a few tears as I did.

Also, the good news is that the show has been renewed for a second season, which is currently in postproduction and slated to premiere in the spring or summer. I for one can’t wait to see how the burgeoning love triangle between Devi, Ben and Paxton will play out, not to mention the other storylines for Eleanor, Fabiola and Devi’s older cousin Kamala (yes, just like our Madame VP).

There are only 10 episodes so far, and they are each around 30 minutes long. Believe me when I tell you, time will fly by and you will be wishing there was more of this vibrant, diverse show.

Bonus: While searching Spotify for the soundtrack (which I like quite a lot with its moody, indie vibes), I discovered “Never Have I Ever … Hosted a Podcast,” which goes episode by episode and examines the plotlines, characters and production. The podcast series is actually much longer than the show itself and the episodes feature actors from the show (including Young and Rodriguez), so if you want more like I did, give this podcast a listen.