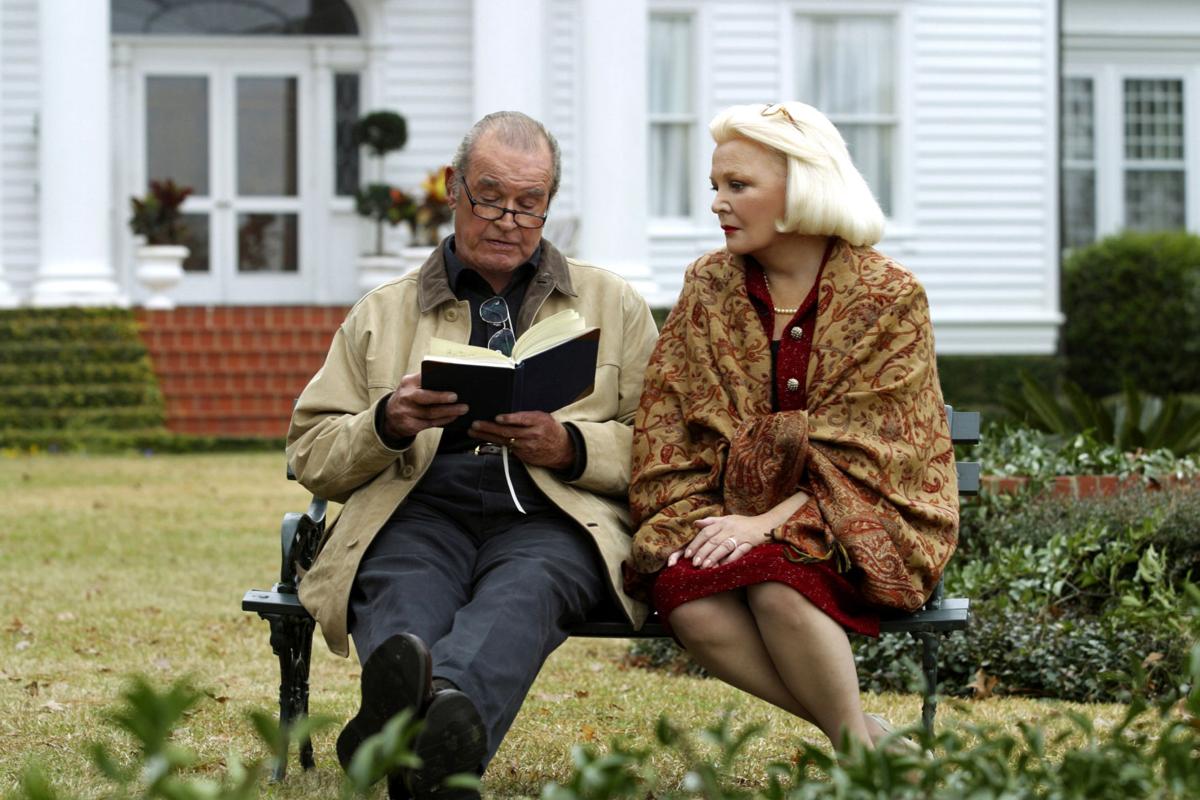 James Garner, left, and Gena Rowlands co-star in the film, 'The Notebook.' The pair play the older versions of star crossed lovers portrayed by Ryan Gosling and Rachel McAdams. 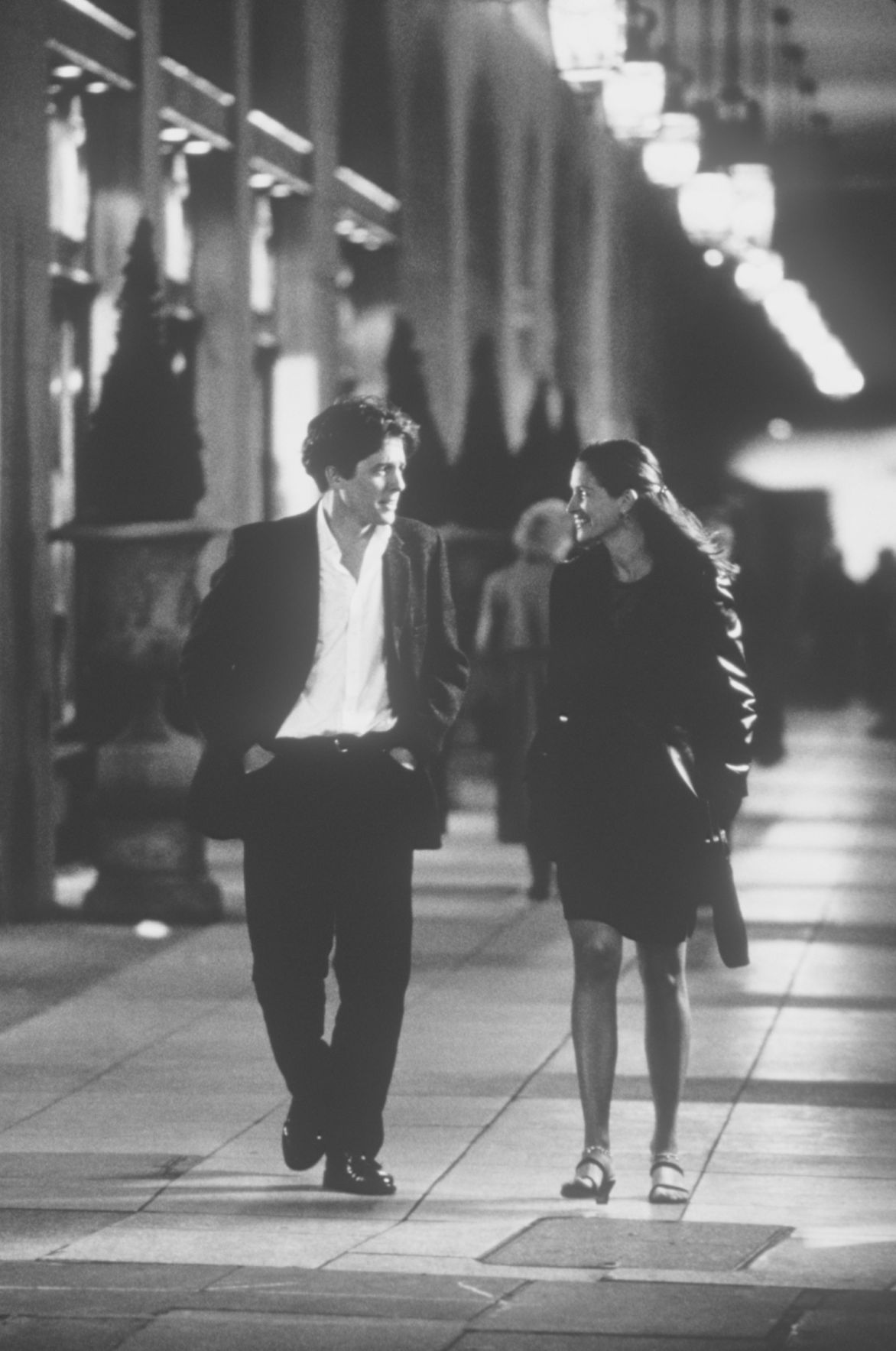 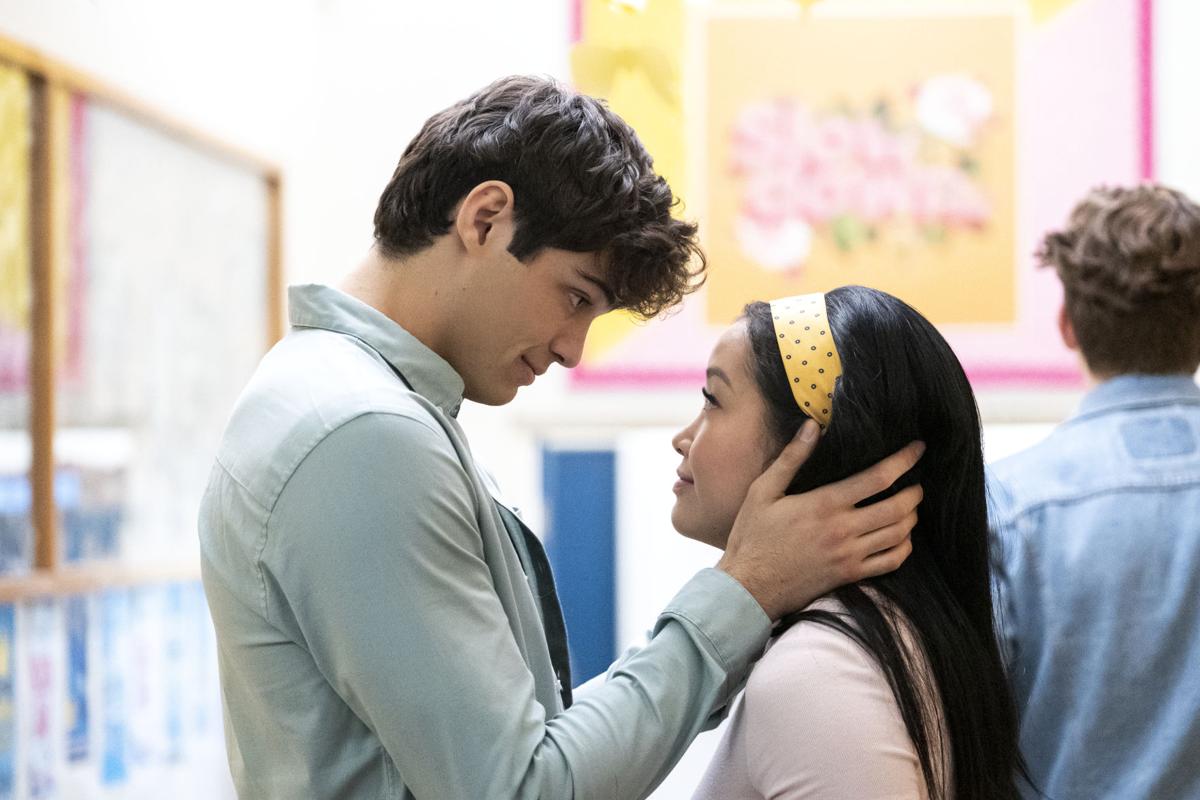 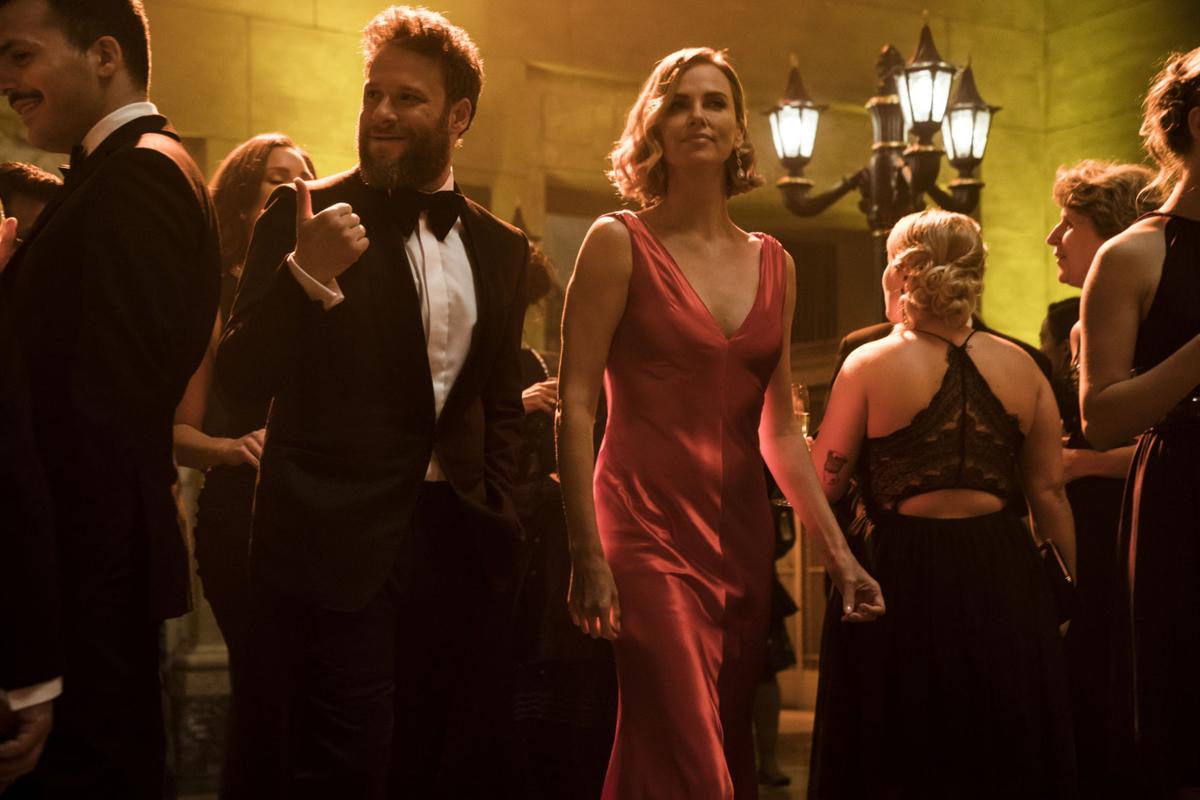 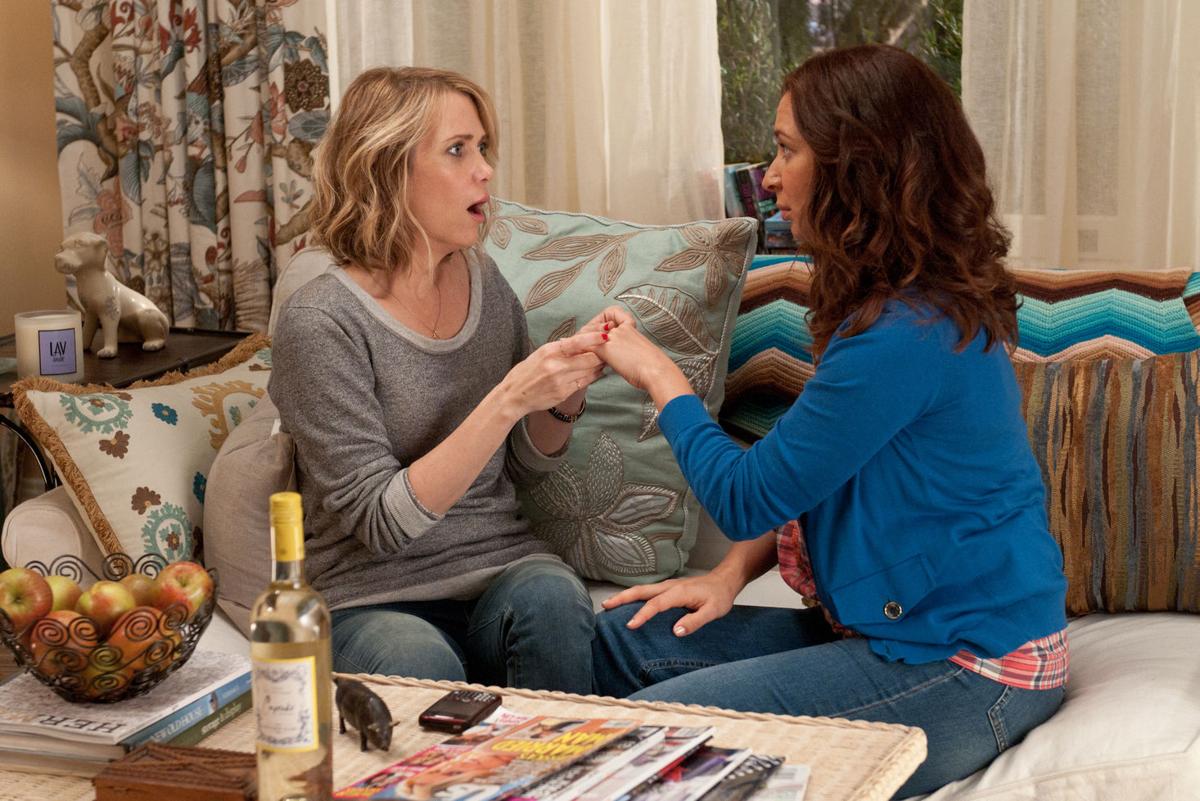 In the comedy 'Bridesmaids,' Kristen Wiig, left, stars as Annie, a maid of honor whose life unravels as she leads her best friend, Lillian (Maya Rudolph), and a group of colorful bridesmaids on a wild ride down the road to matrimony. 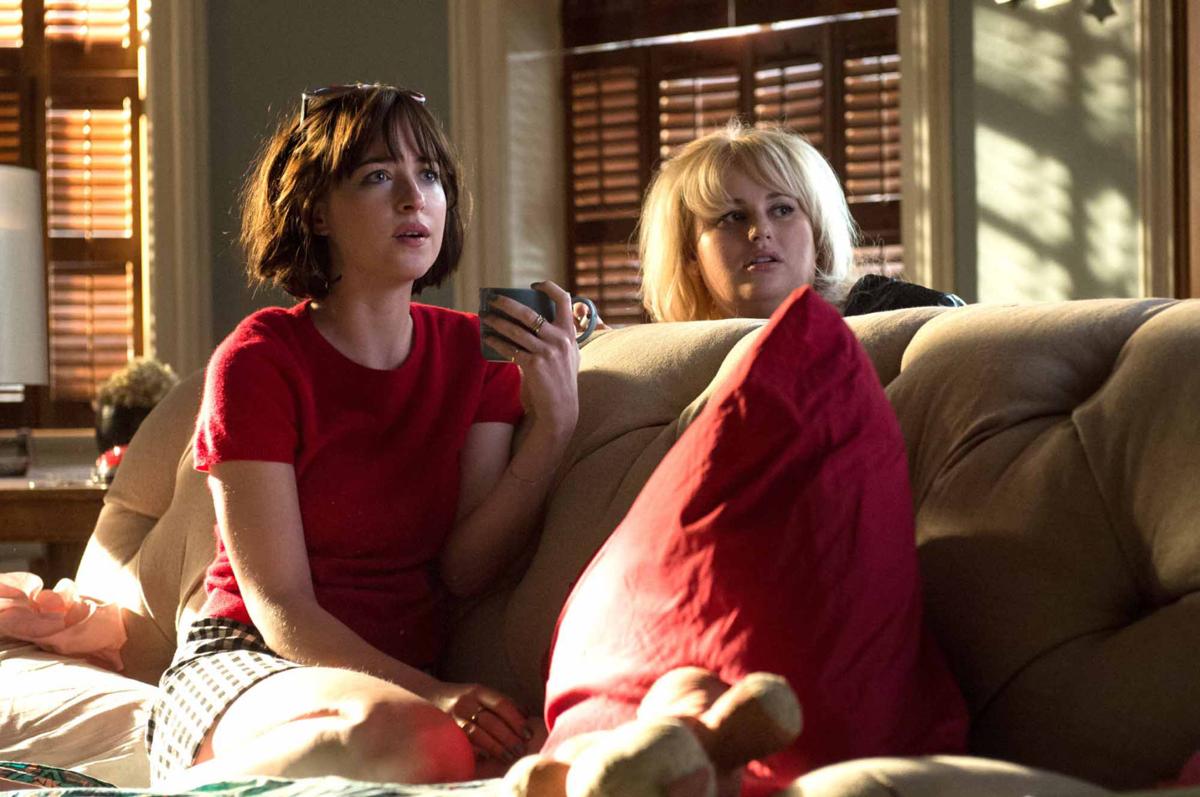 Dakota Johnson, left, and Rebel Wilson and  star in director Christian Dittier's romantic comedy 'How to Be Single.' Although it does have romance, the movie is just as much about Johnson learning how to be on her own and be OK with that.

James Garner, left, and Gena Rowlands co-star in the film, 'The Notebook.' The pair play the older versions of star crossed lovers portrayed by Ryan Gosling and Rachel McAdams.

In the comedy 'Bridesmaids,' Kristen Wiig, left, stars as Annie, a maid of honor whose life unravels as she leads her best friend, Lillian (Maya Rudolph), and a group of colorful bridesmaids on a wild ride down the road to matrimony.

Dakota Johnson, left, and Rebel Wilson and  star in director Christian Dittier's romantic comedy 'How to Be Single.' Although it does have romance, the movie is just as much about Johnson learning how to be on her own and be OK with that.

I love romance. It’s probably my favorite genre, and I will scroll endlessly through streaming services’ offerings. I delight in some truly cheesy romance movies as well as classics that are a treat to revisit. Even better, production companies keep making more.

Here are some of the best:

I consider “Notting Hill” one of the most perfect romance movies. It’s witty and touching, with a cast of delightful, developed side characters. And it isn't Valentine’s Day if Hugh Grant and Julia Roberts don’t make an appearance. Grant plays William Thacker, the owner of a travel bookstore in Notting Hill, London, while Roberts plays a Roberts-esque Anna Scott, a famous actress. A chance meeting and the budding friendship and romance takes off. “Notting Hill” has the iconic “I’m just a girl” speech that is one of the genre’s best, and there’s an incredible time-lapse sequence set to Bill Withers’ “Ain’t No Sunshine” that is amazing filmmaking. Stream on: Hulu

See also: “While You Were Sleeping.” Just like Grant and Roberts, Sandra Bullock is a staple of the romantic comedy genre. Playing the hopeless romantic in love with a stranger, Bullock brings humor and charm to what is ultimately a bordering-on-creepy storyline: Bullock pretends to be engaged to the man she’s loved from afar as he lies in a coma. As she’s embraced by his quirky family, she realizes that maybe her fake fiance’s brother (Bill Pullman) is the right one for her. Stream on: Disney+

Of course, “The Notebook” makes this list. It’s the romance movie of the past 20 years. It almost needs no introduction, but here’s one anyway: Based on the Nicholas Sparks book of the same name, Rachel McAdams and Ryan Gosling play two star crossed lovers in the 1940s who must overcome social class differences and their own egos to find their happily ever after. It launched McAdams and Gosling into superstardom, and it remains a modern classic, despite some problematic scenes (Gosling’s Noah blackmailing McAdam’s Allie into a date, for instance). Stream on: Netflix

See also: “Chocolat.” A criminally underrated romance starring Juliette Binoche as the owner of a chocolaterie in a small village in 1959 France and Johnny Depp as a Roma who moves through the village. It’s just as much about the town as the romance between Depp and Binoche, who have amazing chemistry, as it is a celebration of chocolate. There are truly drool-worthy chocolate-making scenes that will have you reaching for your own heart-shaped box of goodies. Stream on: HBO

The sequel to the wildly successful Netflix original “To All the Boys I’ve Loved Before” based on the book of the same name, “P.S. I Love You” continues the saga of Lara Jean Song and Peter Kavinsky. The first film, which I enjoyed so much I ranked it above the book, revolves around a set of love letters that get sent to Lara Jean’s former crushes, including popular Peter and her older sister’s ex-boyfriend. A fake relationship between Peter and Lara Jean evolves into real love by the end of the movie, which continues into the sequel where the couple must navigate the complications of another of the letters’ recipients who shows up looking to rekindle some romance. Stream on: Netflix.

See also: “Set it Up.” Another Netflix original that was a delightful surprise for me. Zoey Deutch stars as a harried personal assistant who conspires with her rival to set up their bosses so the two of them can have more personal time. It’s cute and cliché, and that’s enough for me. Stream on: Netflix

In a pairing I was sure wouldn’t work, Charlize Theron stars alongside Seth Rogen in this modern working-woman romance. Rogen is a passionate journalist who ends up covering Theron, his former babysitter and current secretary of state looking to run for president. Somehow, the pair works and the romance is believable. Theron doesn’t compromise her career to be with Rogen, and it’s so refreshing to see a powerful woman find love with a man who isn’t interested in diminishing her. Stream on: HBO

See also: “Always Be My Maybe.” Starring comedians Randall Park and Alie Wong, this is another tale of a career woman who finds a man who will happily hitch his wagon to her star. Park and Wong are childhood friends who drifted apart and find each other after Wong becomes a wildly successful chef. There’s a truly hilarious cameo by Keanu Reeves, which is reason enough to watch it. Stream on: Netflix

For your Galentine’s Day celebrations, this ensemble comedy is the surefire pick to watch with all your girlfriends. Chock full of many of today’s funniest women, “Bridesmaids” follows Kristen Wiig as she helps her best friend, played by Maya Rudolph, plan her wedding. Hijinks ensue. Stream on: Netflix, Hulu

Looking to binge something? Amazon Prime released an eight-episode anthology based on the famous New York Times column of the same name. Each episode depicts a different real-life story. The cast includes Tina Fey, Anne Hathaway and Andy Garcia. The eight-episode season covers all kinds of love: familial, romantic, new, self. I openly sobbed a lot, so if you’re looking for a tearjerker, this will fit the bill and then some. It also leaves you with that wonderful “Isn’t life amazing? Isn’t the world filled with so much beauty and hope and love?” feeling that most of us need nowadays. Stream on: Amazon Prime

“How to Be Single”

Looking to avoid a romantic movie on Valentine’s Day? This is my “anti-Valentine’s” pick, starring Dakota Johnson, who has just broken up with her longtime boyfriend as she navigates the modern dating scene alongside her sister, co-worker and friend. There’s romance here, too, but it’s just as much about Johnson learning how to be on her own and be OK with that. Stream on: Hulu Live TV

If you don't know about Disney+, there's a decent chance you've been living under a rock.