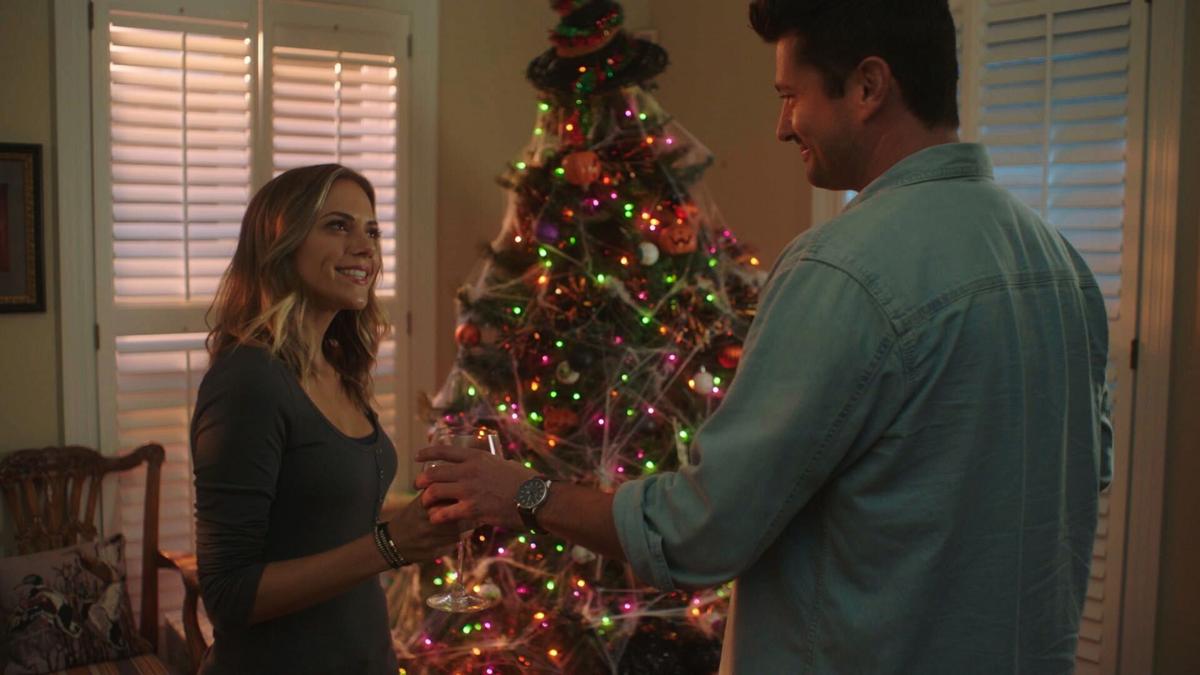 Jana Kramer and former Baton Rouge actor Wes Brown share some chemistry in 'Christmas in Mississippi,' which first aired in 2017 on Lifetime. It's now available on Amazon Prime. 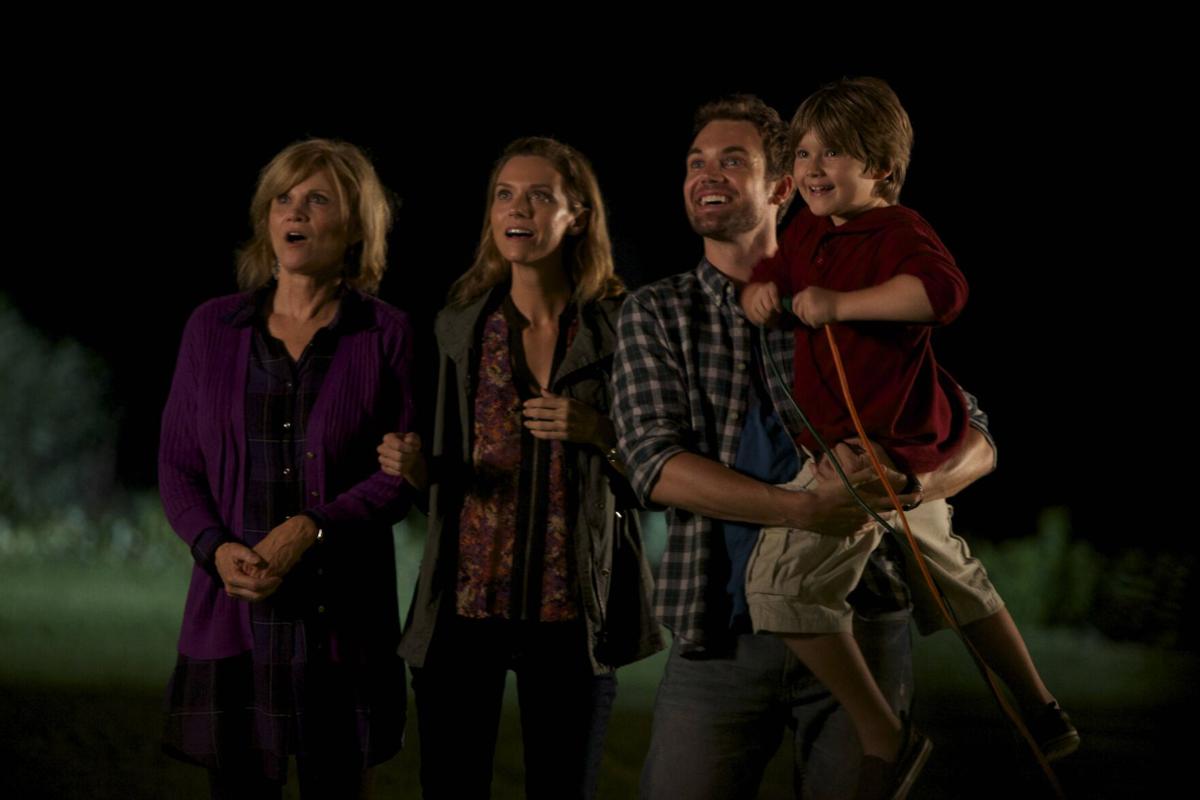 Markie Post, Hilarie Burton, Tyler Hilton and Brody Rose star in 'Christmas on the Bayou,' filmed in Louisiana and premiering on Lifetime in 2013. It's now available on Amazon Prime. 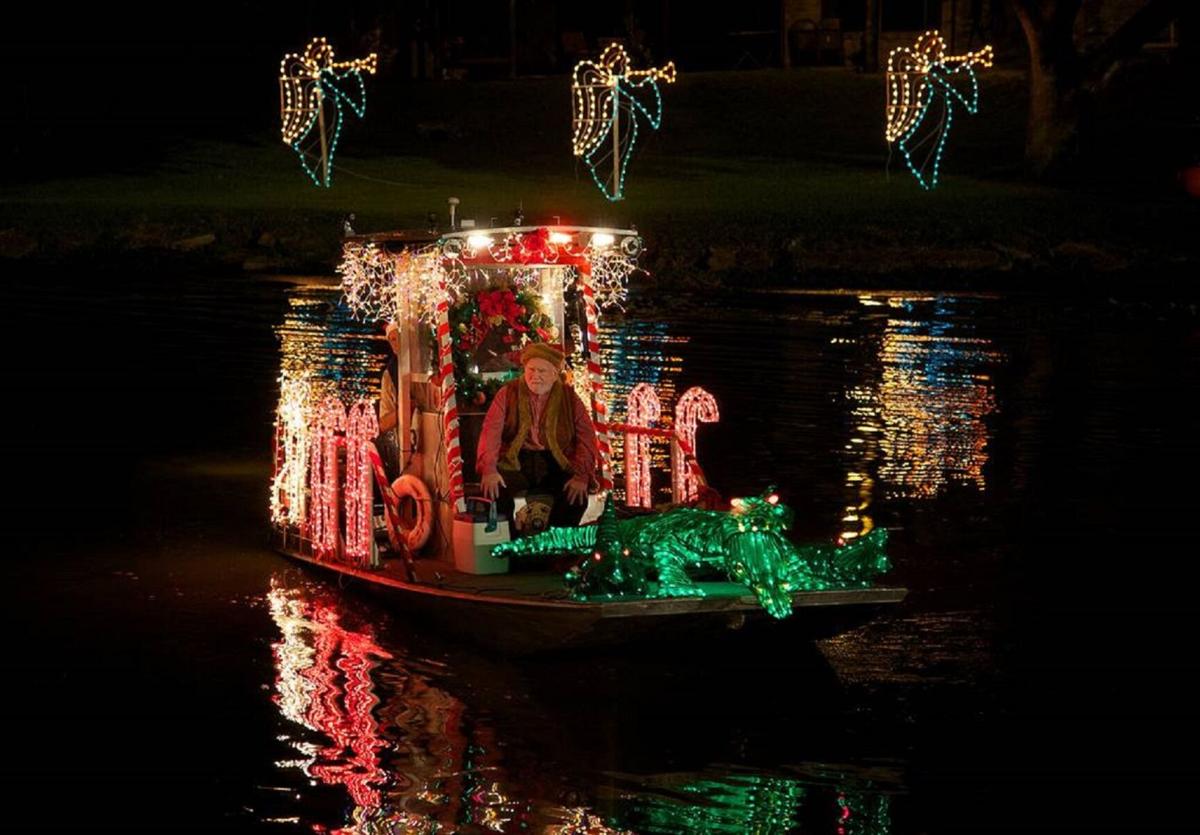 Ed Asner sprinkles a little magic as Papa Noel in 'Christmas on the Bayou,' set in and filmed in the St. Martinville area.

Jana Kramer and former Baton Rouge actor Wes Brown share some chemistry in 'Christmas in Mississippi,' which first aired in 2017 on Lifetime. It's now available on Amazon Prime.

Markie Post, Hilarie Burton, Tyler Hilton and Brody Rose star in 'Christmas on the Bayou,' filmed in Louisiana and premiering on Lifetime in 2013. It's now available on Amazon Prime.

Ed Asner sprinkles a little magic as Papa Noel in 'Christmas on the Bayou,' set in and filmed in the St. Martinville area.

A growing number of people, myself included, are unapologetic about our love for cheesy Christmas movies.

Hallmark Channel’s films used to be the butt of the joke when it came to holiday offerings, but now viewers can’t get enough, and streaming services are happily producing their own, adding a whole slew of them to their catalogs.

The funny thing about these movies — they’re kind of all the same. Some of them even have nearly the same name (“A Prince for Christmas” and “A Princess for Christmas”; “Hometown Holiday” and “Hometown Christmas”).

I decided to find a handful of movies that have practically the same name and, based on that name, the same plot. I’ve ranked them from worst to best, with a brief description of why.

Come with me as I spend Christmas across the country.

Worst: “Christmas on the Bayou”

Sorry, y’all, but the one taking place closest to home was the most painful to get through. Set in and filmed in the St. Martinville area, “Christmas on the Bayou” follows a typical Christmas romance script: Single mom Katherine (“One Tree Hill” alum Hilarie Burton, who has made a bit of a career starring in these sorts of movies) decides to take a Christmas vacation away from her New York City marketing executive job in order to spend more time with her son in their hometown. Back at her mom's house, she runs into the boy, Caleb, who she almost kissed as a young girl while … trying to reconnect? There’s barely any plot to cling to, but there is a dash of some magical realism thrown in with Ed Asner as the actual Papa Noel (even if he does seem barely conscious in all of his scenes). The leading man (Tyler Hilton) isn’t that attractive and there’s no chemistry between him and Katherine. You know it’s a rough go when the child actor is the best part of the movie.

Second worst: “A Christmas in Vermont”

“A Christmas in Vermont” is a break from the other movies in that the protagonist isn’t going home for the holidays. Instead, Riley (Abigail Hawk, of “Blue Bloods”) is a New York executive sent to shut down the outerwear company keeping a small Vermont town alive.

There, she spars with the owner of the company in a truly forced manner, as it’s another case of negative chemistry. She learns to embrace the spirit of Christmas by deciding to help the company thrive against orders from her bah-humbug boss (played by a seriously checked-out Chevy Chase). Not that memorable, but the production quality is steps above what “On the Bayou” had to offer.

Middle of the road: “Christmas in the Smokies”

In “Christmas in the Smokies,” it’s not our heroine who comes home for Christmas, but the boy who broke her heart, who’s now a country music star! Our girl is Shelby, who’s struggling to keep her family’s farm afloat as the bank calls in their debt early — they have until Christmas or the bank forecloses. But luckily for her, former flame Mason Wyatt is in town and he’s willing to make amends by helping out her family. It’s not good, but it’s not startlingly bad, either. Mason is actually good looking, and there seems to be a spark of some kind of chemistry between him and Shelby.

Runner-up: “Christmas in the Heartland”

“Christmas in the Heartland” is truly charming cheesiness. Stars Kara (Sierra McCormick) and Jesse (played by Brighton Sharbino, who you may recognize from her turn on “The Walking Dead”) meet on a plane while on their way to spend time with grandparents they’ve never met. They decide to switch places and get a taste of how the other half lives. Of course, it’s not as simple as all that: Jesse’s grandma (Shelley Long) and father want her to live with them permanently and Kara’s grandpa is looking to make amends with her and her father. They both also end up entered into the same Christmas beauty pageant! There’s some nonsubtle messaging about money not buying happiness, but the two girls are adorable and the cast of characters around them are goofy in a way that doesn’t grate on the nerves. There’s also a nice little twist at the end that I didn’t guess all the way!

Sorry, Louisiana, but Mississippi is the best place to spend the holidays! At least when it compares to the rest. “Christmas in Mississippi” follows photographer Holly (played by Jana Kramer, another “One Tree Hill” alum who’s become a bit of a Christmas movie darling) as she goes back to Gulfport, where she runs into her college sweetheart, Mike (former Baton Rouge actor Wes Brown), as he works to put on the Christmas lights festival for the first time since Hurricane Isaac five years earlier. Holly navigates more than one misunderstanding as she lends a helping hand while she decides whether she really wants that big-time photo editor job in Los Angeles. The chemistry is actually pretty decent between Mike and Holly, the child actor does a good job and Holly’s mother (Louisiana native Faith Ford, of “Murphy Brown”) is lovely and sincere.

There’s not a lot of nonsensical stuff in this one and the production quality is respectable, so that’s why this one is on the top.

Well, it’s been a journey. These five movies are a mere sampling of “Christmas in …” movies. Kramer from “Mississippi” also stars in “Christmas in Louisiana.” Hallmark has several internationally set movies, including one with “Mean Girls” star-turned-Hallmark-leading-lady Lacey Chabert, “Christmas in Rome.” So if you want to sample the holidays somewhere else, try on one of those for size.