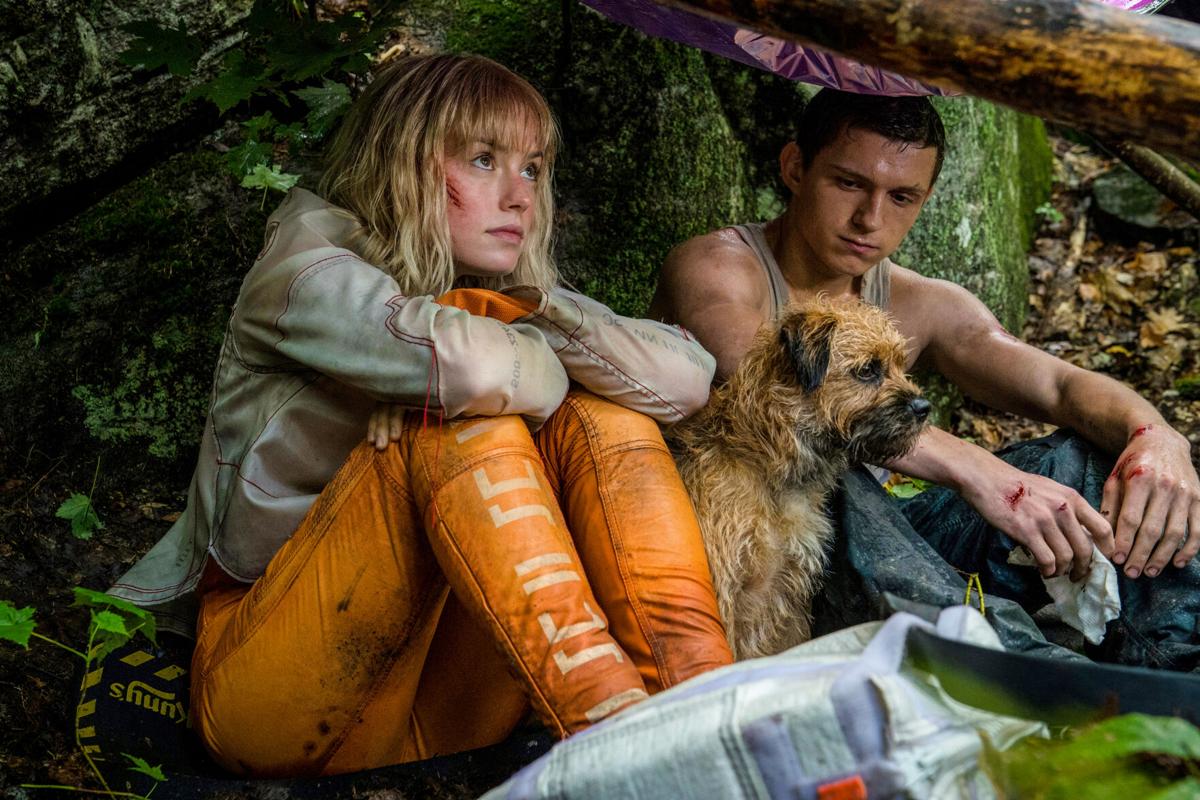 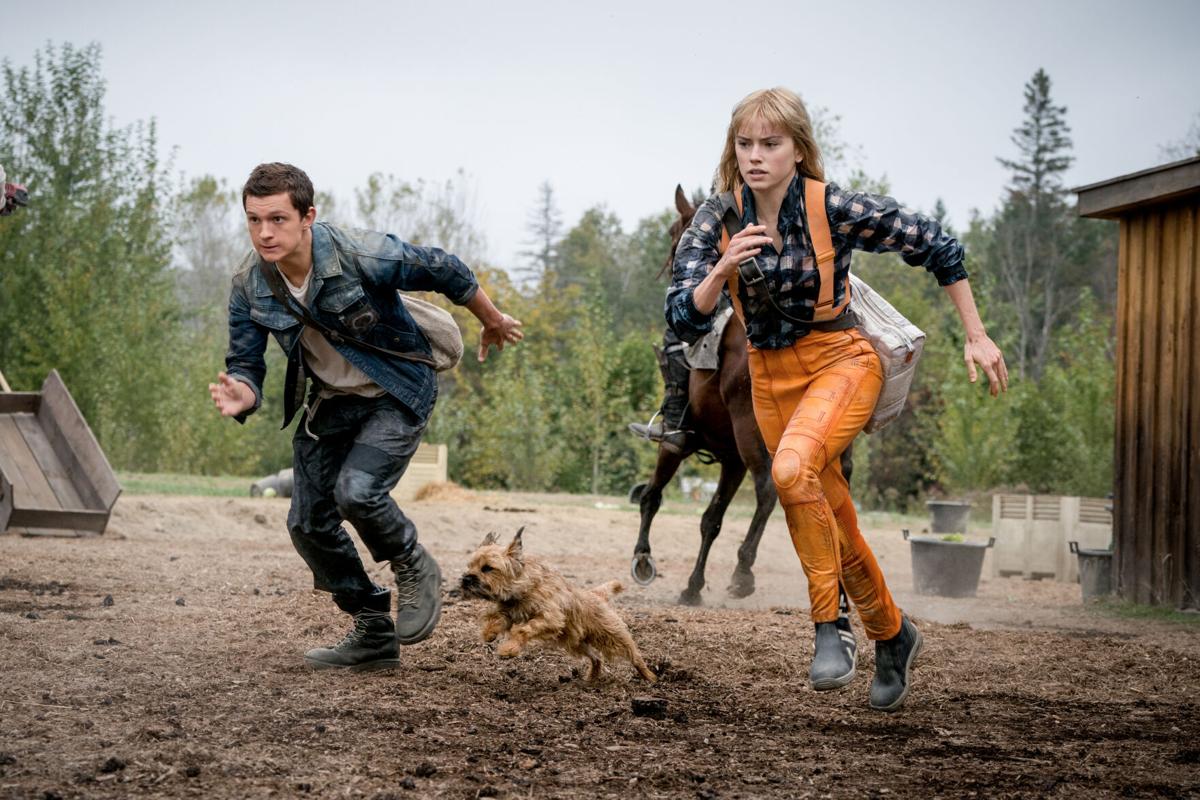 Tom Holland and Daisy Ridley run for cover in this scene from 'Chaos Walking.' 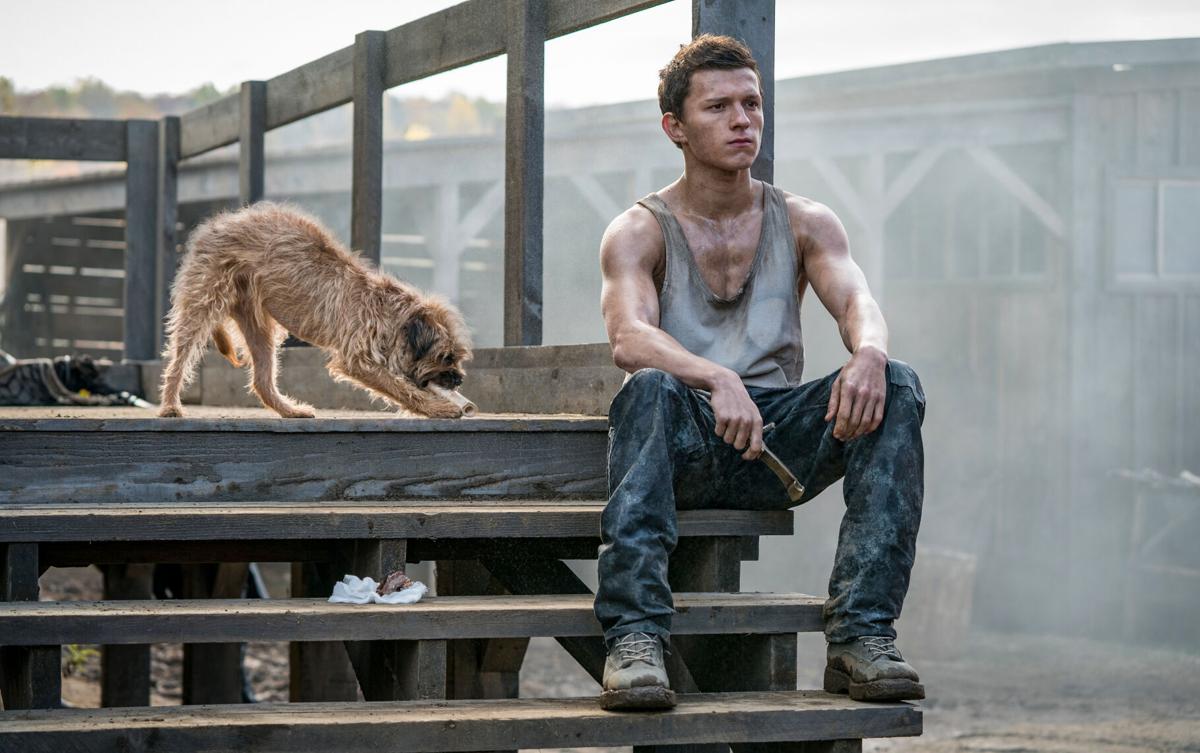 In 'Chaos Walking,' Tom Holland lives in a male-dominated society full of 'noise.' 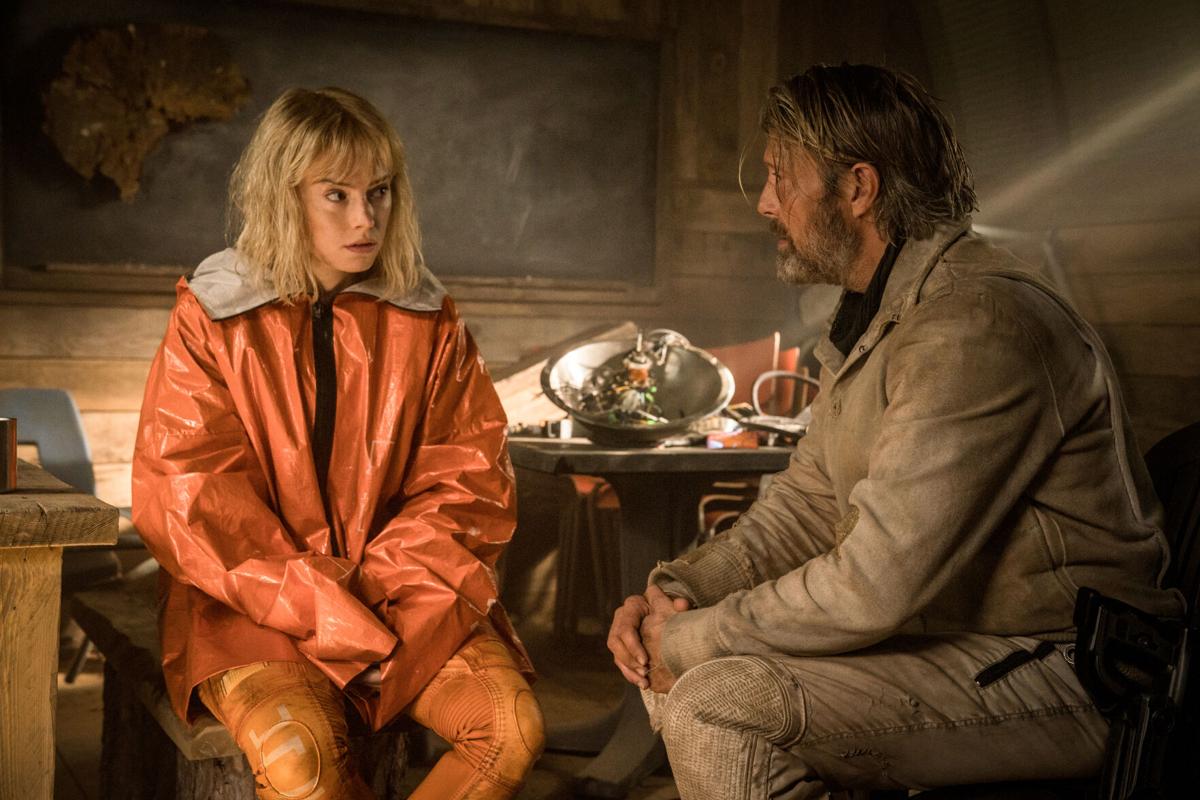 Daisy Ridley, left, and Mads Mikkelsen have a chat in this scene from 'Chaos Walking.'

Tom Holland and Daisy Ridley run for cover in this scene from 'Chaos Walking.'

In 'Chaos Walking,' Tom Holland lives in a male-dominated society full of 'noise.'

Daisy Ridley, left, and Mads Mikkelsen have a chat in this scene from 'Chaos Walking.'

For the new sci-fi thriller starring Tom Holland (of the latest "Spider-Man" franchise) and Daisy Ridley (of the latest "Star Wars" trilogy), this world is noisy, dumb and pointless. Behind the scenes, the movie was delayed from its March 2019 release.

Charlie Kaufman, the Oscar-winning screenwriter of "Eternal Sunshine of the Spotless Mind," had written an early draft of the script, which is based on Patrick Ness' novel "The Knife of Never Letting Go." Though some of Kaufman's lines were reportedly used, most were tossed for a newer script by Ness and Christopher Ford.

Originally completed in early 2019, director Doug Liman re-shot entire portions of the film with an assist from director Fede Álvarez ("Don't Breathe"). An already-high budget of $125 million grew by $15 million. Further delays came as the pandemic shut down movie theaters.

Now available in select theaters and on demand, "Chaos Walking" is an empty affair that isn't as interesting as its production woes.

The movie is set in 2257. Holland plays a young man named Todd, an unintentionally funny name that grows funnier as Todd skinny-dips while fishing with a hunting knife and can't read. Like other men inhabiting the movie's central location, Prentisstown, Todd can't control his "noise," or inner thoughts which are audible to everyone.

If you don't know what is and isn't noise, don't worry: a neon-shimmering cloud appears to help you sort it all out. To which I respond, "Thanks, blurry CGI. I don't know how I'd ever understand this without you. You're not distracting at all."

To get back to the story, no women live in Prentisstown. Mayor Prentiss (Mads Mikkelsen wearing an orange fur only he could pull off) has convinced the men that: A) an acre of land should be named after him; and B) the women were killed by Spackle (the native aliens of this futuristic colony).

This world is flipped upside down when a woman named Viola (Ridley) crash lands into this dystopia/subreddit made real. Within this male-dominated society where men try and fail to repress their emotions, there are moments of vulnerability.

Holland brings charm and charisma to the smallest lines of his inner monologues. "Control your noise," he repeats to himself, trying to hide secrets. Todd lives with his father, Ben (Demián Bichir), and older brother-type named Cillian (Kurt Sutter). Ben exudes a silent warmth without the aid of incessant special effects, perhaps hinting at a more fragile world that Kaufman may have been writing toward.

But don't let these few scenes fool you. "Chaos Walking" isn't about the effects of toxic masculinity; it's a PG-13-rated flick that treats that theme like a buzzword before becoming content that appeases an exhausting, fanboy-approved algorithm.

Instead of exploring the effects of such a society, we get a chase movie where Ridley is reduced to eye candy, complete with a blonde wig. There is no time for subtlety; Todd must get Viola to another village with a woman mayor (oh boy!), and to still another village named Haven (wowee!).

Before our leads arrive to safety, Todd and Viola must cross dangerous waters, and oh, how will they do that? There's a boat nearby. Perfect! How will Viola get back on a spaceship with her friends? Don't worry, the dialogue becomes exposition, and Viola will tell us that there's an antenna connected to an old spaceship in Haven. By the end of the movie, you'll notice those production woes, like the noticeable difference in Voila's wig.

It's a man's world after all, and the men behind "Chaos Walking" seem uncomfortable in presenting anything that digs deeper than by-the-numbers science fiction.

MPAA RATING: PG-13 (Parents strongly cautioned). Some material may be inappropriate for children under 13.

WHY IS THIS MOVIE RATED PG-13? For violence and language

MPAA RATING: PG-13 (Parents strongly cautioned). Some material may be inappropriate for children under the age of 13.

WHY IS THIS MOVIE RATED PG-13? For violence and language

Stream this: Don't miss these 12 new movies in March

First, let's get the bad news out of the way: It's been a full year since the pandemic started. As you contemplate this, let out a humongous …