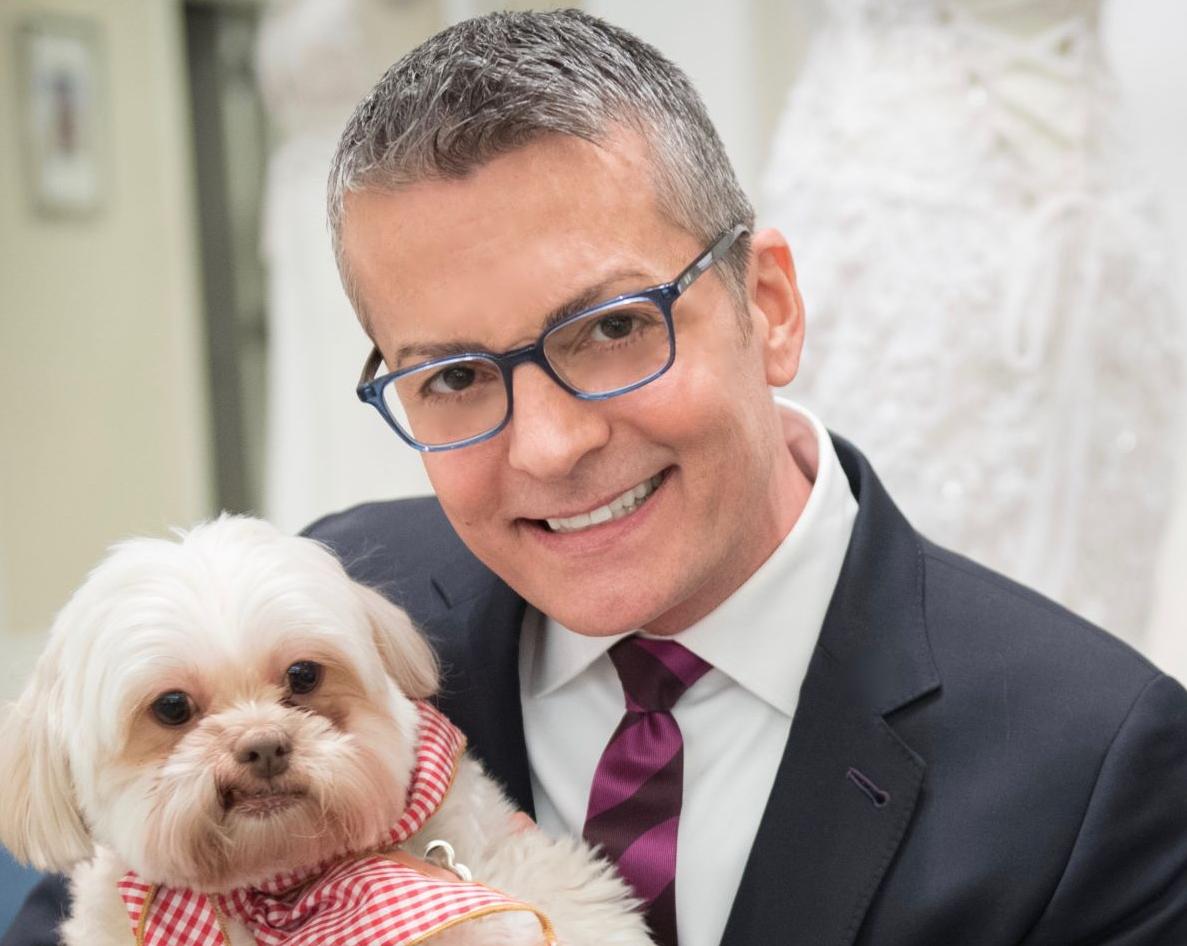 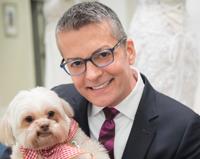 Randy Fenoli, the star of 'Say Yes to the Dress' who once lived in Louisiana, here with his beloved Chewie, will make an appearance at the Masquerade Bridal Show in Lafayette on Sunday. 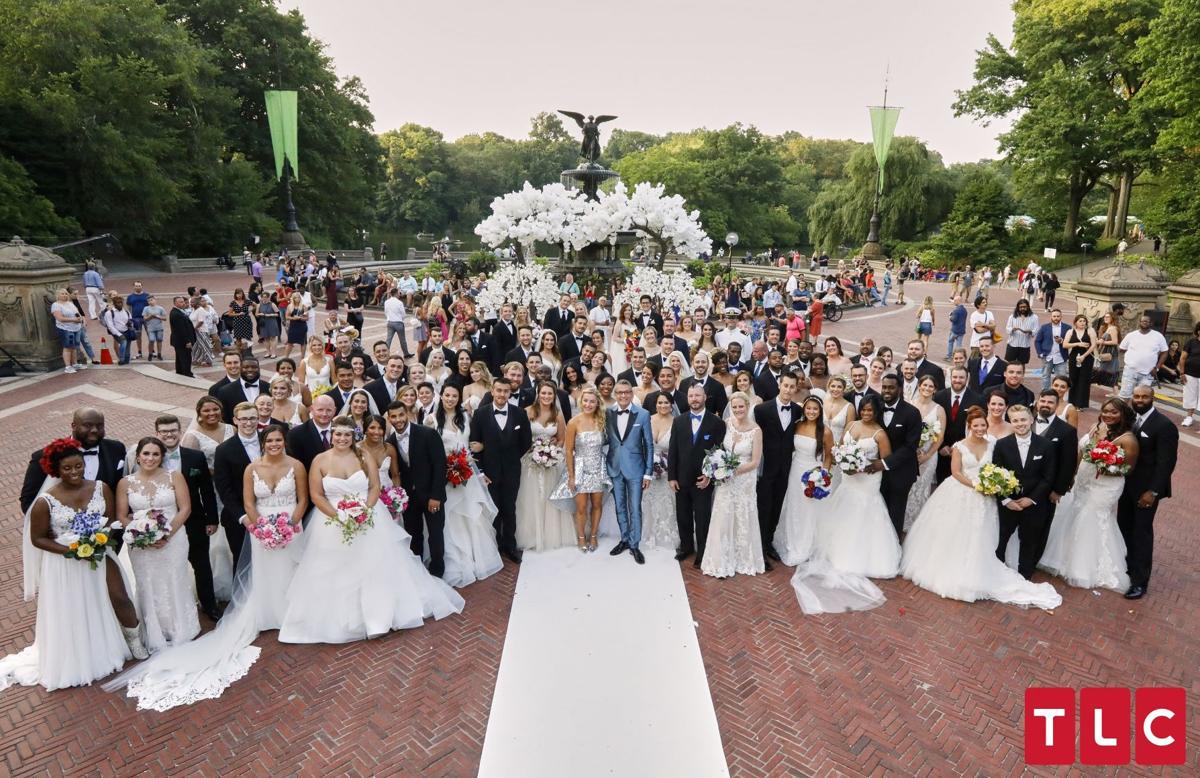 Randy Fenoli, center in blue, will marry 52 couples in the season finale of 'Say Yes to the Dress America' on March 14 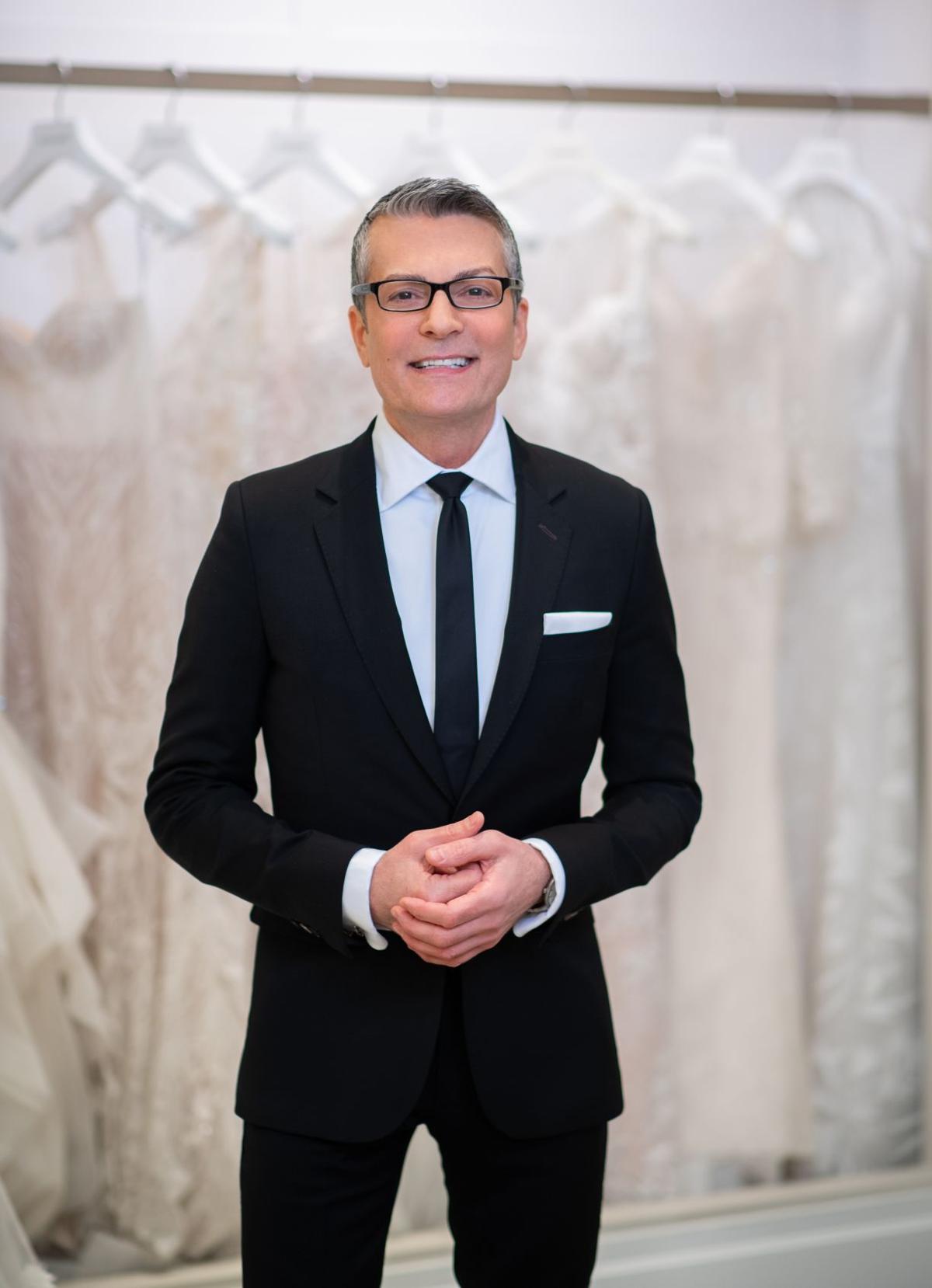 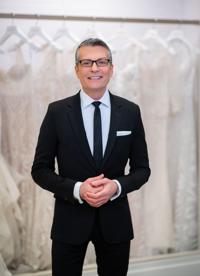 Randy Fenoli, the star of 'Say Yes to the Dress' who once lived in Louisiana, here with his beloved Chewie, will make an appearance at the Masquerade Bridal Show in Lafayette on Sunday.

Randy Fenoli, center in blue, will marry 52 couples in the season finale of 'Say Yes to the Dress America' on March 14

When asked if he wanted to make a guest appearance in Lafayette, Randy Fenoli quickly said "I do."

Despite a schedule so demanding that it makes one's head spin (not one day off this month), the bridal expert, wedding dress designer, TLC network personality and former Louisiana resident jumped at the chance to return for the Masquerade Bridal Show at the Cajundome Convention Center on Sunday.

"I'm really excited. I used to live in Calvin, Winnfield, Alexandria, Baton Rouge, New Orleans, so I feel such a connection with Louisiana," Fenoli said from New York.

Fans of the reality series "Say Yes to the Dress" are familiar with Fenoli, the frenetic 56-year-old fashion director who is often whisked in for backup when a bewildered bride-to-be at Kleinfeld Bridal in New York City just can't settle on a gown for her big day.

His appearance at the area bridal show will include a stage presentation.

"I'll be talking to brides a little bit about my history, my past, where I grew up, how I got into fashion, and then talk about how to choose the perfect wedding dress for each bride," Fenoli said. "And just lots of information to help them conquer bridal and the whole thing. It's going to be inspirational, motivational and educational."

The same can be said for "Say Yes to the Dress America," which wraps up its 10 episodes with a two-hour season finale at 7 p.m. Saturday, March 14. To watch a show preview, click here.

"Oh my gosh, it was absolutely one of the most amazing experiences of my life," Fenoli said. "To be able to go across the country and meet brides from different areas and spend time with them and their family and their loved ones and get to know what makes them special and why they think their state's so special.

"They come in the salon (Kleinfeld) and we have about an hour and a half," Fenoli explained. "And they'll say, 'Oh, my fiance, Joe, he's this and that, but then you meet Joe and you get to see who he is and how they interact with each other, and their parents and it's just a completely different experience."

Chosen from thousands of entries, the 52 couples (one from each state plus D.C. and Puerto Rico) will exchange vows in a giant ceremony at New York's Central Park in the finale, filmed last July. Michaela Smith and Emmanuel Abodoh, of Shreveport, represent Louisiana. They will all be married by Fenoli, an ordained minister.

"Well, we had a groom that passed out from heat exhaustion, so he had to be rushed to the hospital, so there's a big story there," Fenoli said of the New York nuptials. "So you'll have to tune in and see how that ends, because I made a promise that I was going to marry 52 couples, and I don't break a promise.

"There's a lot of twist and turns. Just the logistics of getting 52 brides into hair and makeup and their wedding dresses, and getting them to love their hair and makeup," he said. " … No matter how good the hair and makeup artists are, you're not always going to get it right, so we had about eight brides melt down and they literally jumped in, just like on the movie 'Miss Congeniality' and started helping one another. It was the most incredible thing I've ever seen in my life. It was like there was no competition between them."

Although able to perform marriages, Fenoli does few.

These days, Fenoli is often awake by 4 a.m. to work on the 80 designs for his next bridal gown collection, which is marketed in 60 countries. That's just the start, though.

"I'm filming 'Say Yes to the Dress,' I'm doing appearances every weekend, flying to my design room in Taiwan, showing in Barcelona and Amsterdam and Milan and Chicago, choosing models, doing photo shoots, plus designing veils and then branching out into other businesses as well. My time, yeah, it's just my most valuable asset."

All this from the man who repeatedly turned down the "Say Yes" spotlight when he first became fashion director at the famed Kleinfeld's. He had taken the position after suspending plans for his own New Orleans salon and leaving Louisiana after 2005's Hurricane Katrina. Nineteen seasons later, "Say Yes" ratings are higher than ever.

"Yes, we talk about really deep subjects and nasty mothers and arrogant entourages, but, at the end, she finds the dress," he said. "There's a wedding at the end, and everyone's happy and so you kind of get that roller coaster of a ride that I think is really one of the great successes of the show.

"I absolutely love what I do, and I'm so blessed to be able to get to do it and touch people's lives and make them feel good."

Kelli Hutchinson's wedding dream turned into a nightmare on Aug. 12.