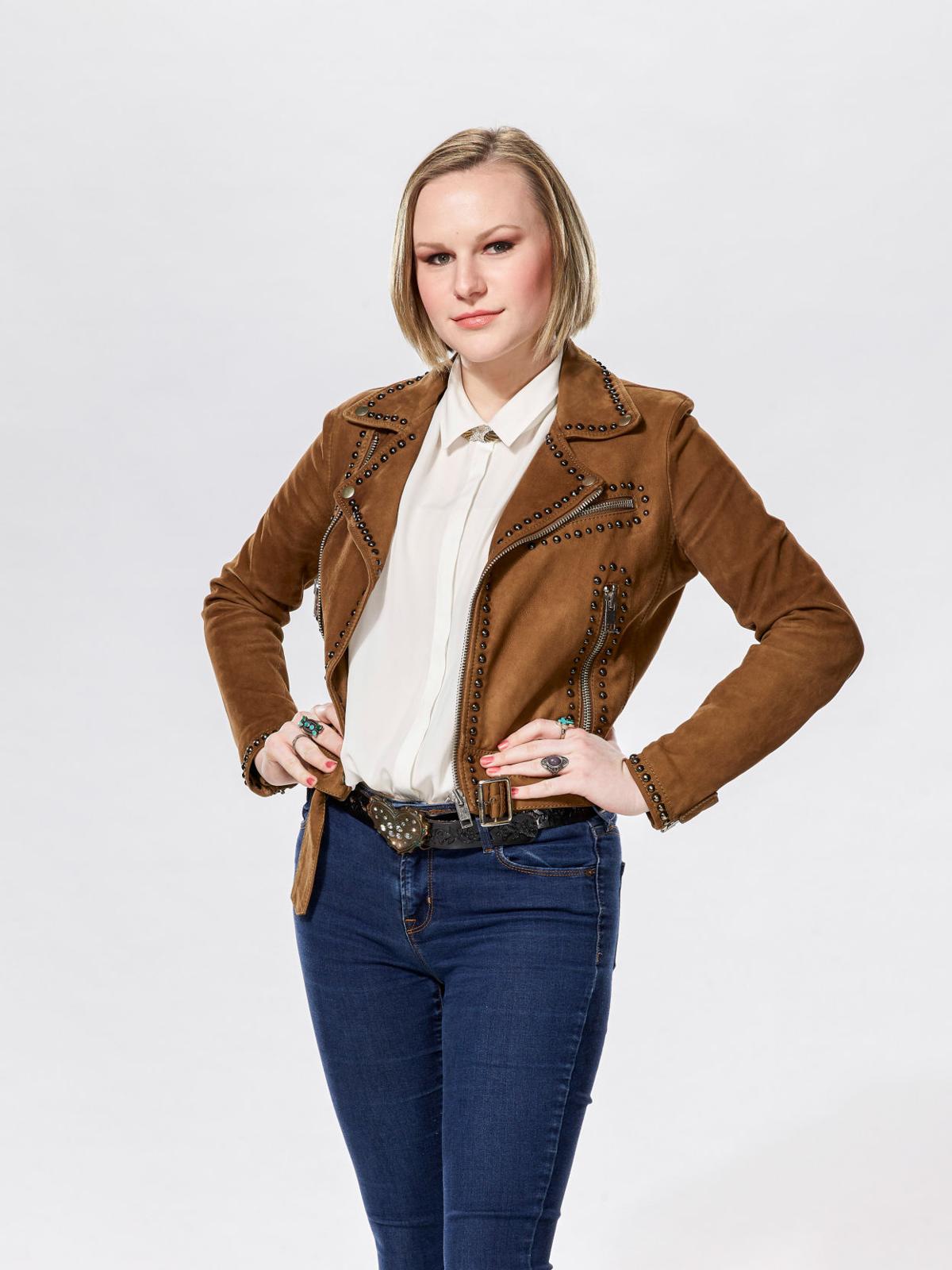 Sara Collins, who grew up in Central, is on Kelly Clarkson's team on 'The Voice.' 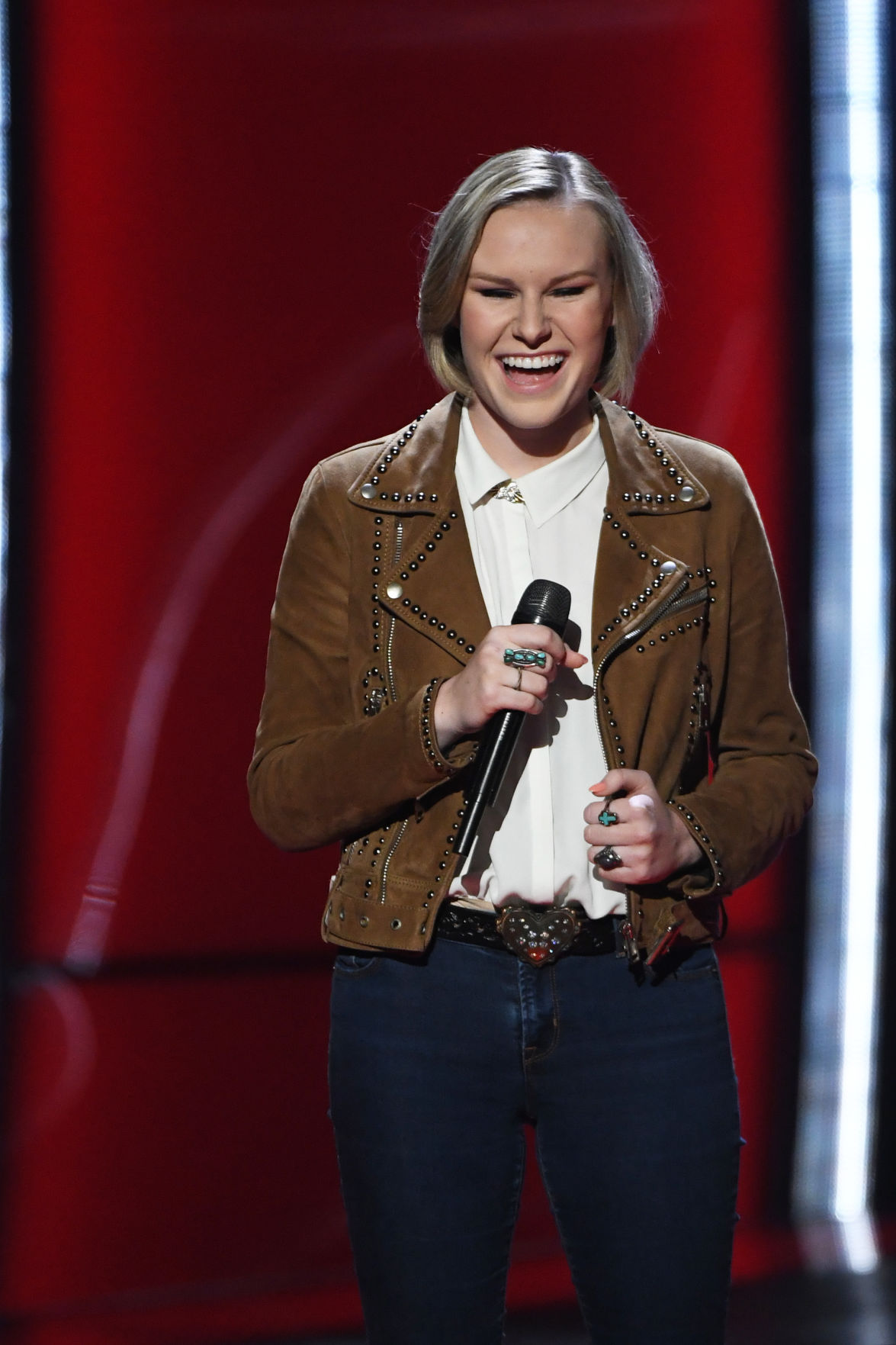 Look for former Central singer Sara Collins in the battle rounds on NBC's 'The Voice' starting this week. 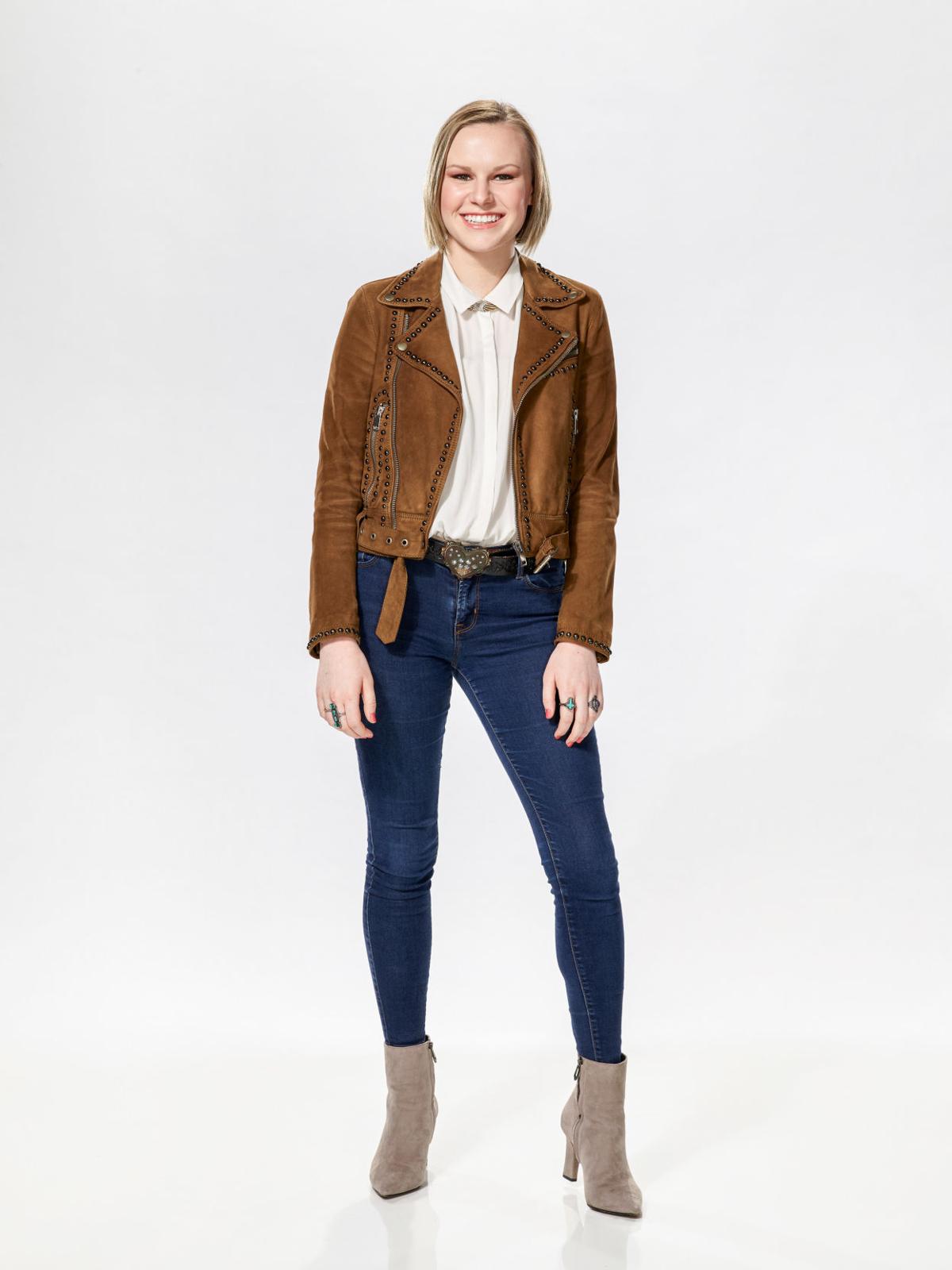 Sara Collins, formerly of Central, is currently a contestant on Season 18 of NBC's 'The Voice.' 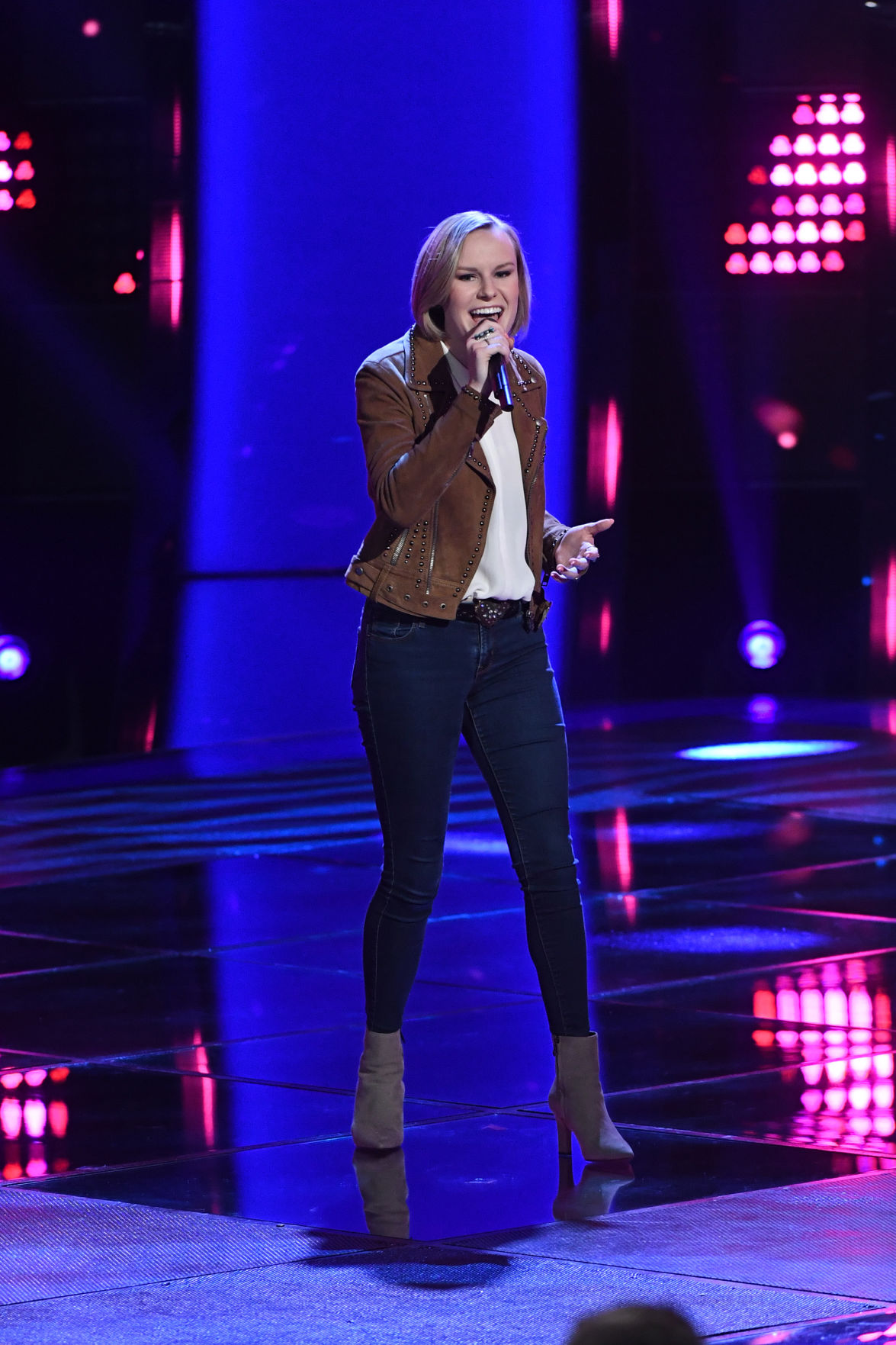 Sara Collins, a Central native, performs 'Johnny and June' by Heidi Newfield for her blind audition on NBC's 'The Voice.'

Sara Collins, who grew up in Central, is on Kelly Clarkson's team on 'The Voice.'

Look for former Central singer Sara Collins in the battle rounds on NBC's 'The Voice' starting this week.

Sara Collins, formerly of Central, is currently a contestant on Season 18 of NBC's 'The Voice.'

Sara Collins, a Central native, performs 'Johnny and June' by Heidi Newfield for her blind audition on NBC's 'The Voice.'

Even though Sara Collins moved to Tennessee in May 2019, her Louisiana fans are still showing her some love.

"Everybody's been so supportive from both places, in Louisiana and Tennessee," the 18-year-old Central native said after her successful blind audition on NBC's "The Voice." "It's so cool to see the people that message you on every platform, people that want to support you. It's so awesome to have that."

The country singer landed a spot on Team Kelly (Clarkson) on the March 2 show with her soulful rendition of "Johnny and June" by Heidi Newfield.

"Man, both of you guys were so much a part of my childhood," Collins told Clarkson and judge/mentor Nick Jonas after each gave a plea for her to join their team. "But I'm going to have to go with Kelly," Collins said.

Now that all of the judges — John Legend and Blake Shelton round out the panel — have completed their teams, the show moves into battle rounds starting with Monday's episode. In this phase, the judges select two of their team members at a time to sing against each other and then pick a winner as they begin paring down their teams of 10.

"The Voice's" live episodes aren't set to start until early May, so showrunners have time to decide how or when they'll proceed in light of coronavirus shutdowns. One option is not having an in-studio audience for those shows, network executives have said.

In the meantime, Collins, who's worked with artists, including Kane Brown and fellow Louisiana native Hunter Hayes, discussed her "The Voice" experience and Tennessee life thus far.

Was the move to Tennessee career-related for you?

Not really. My parents, Rob and Deanne Collins, retired and bought a house in Dandridge. It's close to the Gatlinburg-Knoxville area of eastern Tennessee. We live on a lake outside the touristy areas.

What led you to decide to audition for "The Voice?"

We've watched the show since day one. And my dad was always like, "You're going to be on that show one day," and little me just sitting on the couch was like, "No, not me." It was my second time auditioning, both times it was an online submission; the first time was Season 15.

Why did you pick that song for your blind audition?

"Johnny and June" has always been on my set list. I've always loved that song. Johnny Cash is my man. Johnny and June's love story is incredible, and the song that they put together, it's just such an emotional song and it showed off my range really well. The verse is kind of low and then the chorus, I get to belt out this super strong lovey-dovey chorus, and it's just so cool. I tried to get my personal emotion into it.

The judges said you had a few pitch problems. Have you resolved that?

I have totally been working on it. I think a lot of that was just nerves, like being up there I got so nervous. When I play gigs I never ever get nervous. I just feel like I'm sitting in my living room on my couch; it's just so chill for me. But when I got up there and I knew those coaches were sitting in those chairs, I was nervous out of my mind. I was just trying to remember the words and just do my best. Yeah, it just got me a little bit.

How did you feel about making it onto a team this time?

I felt really ready for it this time, and it was so cool to get to have a blind audition. That is like a moment and an emotional feeling that I will never be able to forget. It was so cool, just being up there and getting to sing with that amazing band.

What was your thought process behind picking Kelly?

Originally, I thought I wanted Blake, but Kelly was always my backup plan, I guess you could say. I've always loved her music and I've always loved Nick Jonas, too, and his pitch; he almost had me. I really love Kelly, what she does for people on the show and after the show. I mean, she had Brynn (Cartelli, Season 14 winner) open for her on one of her tours. She's done so much for her artists.

Who are some of your musical influences?

How did you get started in music?

When I was 6, my parents got me a piano for Christmas. I took lessons (with Judy McGhee) and loved it, but my brother was taking guitar lessons. At this time, I was 8, and I said I wanna take voice lessons, so I started taking voice lessons from that guy (Baton Rouge blues legend Kenny Acosta). And I said, my brother plays the guitar and that's pretty cool, I wanna do that. So at 9, I started playing guitar and ever since then, I've been in love with music.

Can you walk me through your songwriting process?

I don't know that it's a process, really. It's always kind of different for me. Sometimes I'll just be doing daily things and I'll have a line that pops into my head or a melody and I'll just grab the guitar. You should see my voice memos in my phone. It is filled up with so many ideas in there, it's just insane. I kind of just go from there, find some chords that I like. I really love co-writing, too — bouncing ideas off one another; it's so fun. You have another brain to pick.