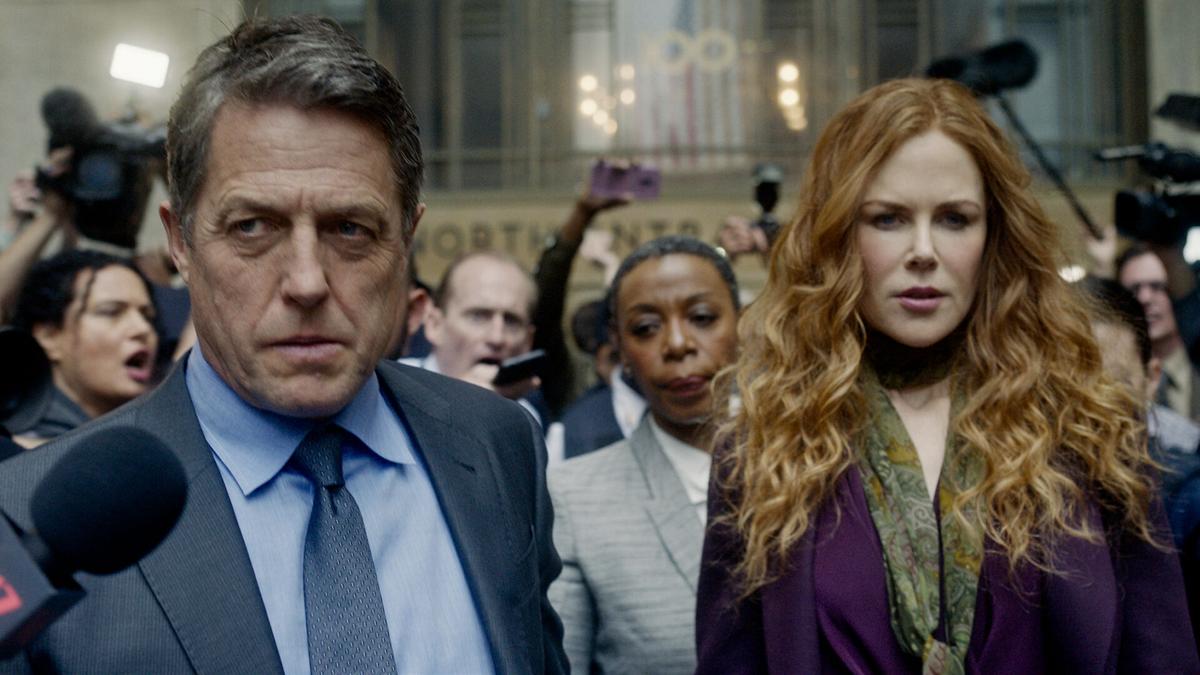 Hugh Grant, Noma Dumezweni and Nicole Kidman, from left, star in 'The Undoing.' Both Grant and Kidman are nominated for Golden Globes. 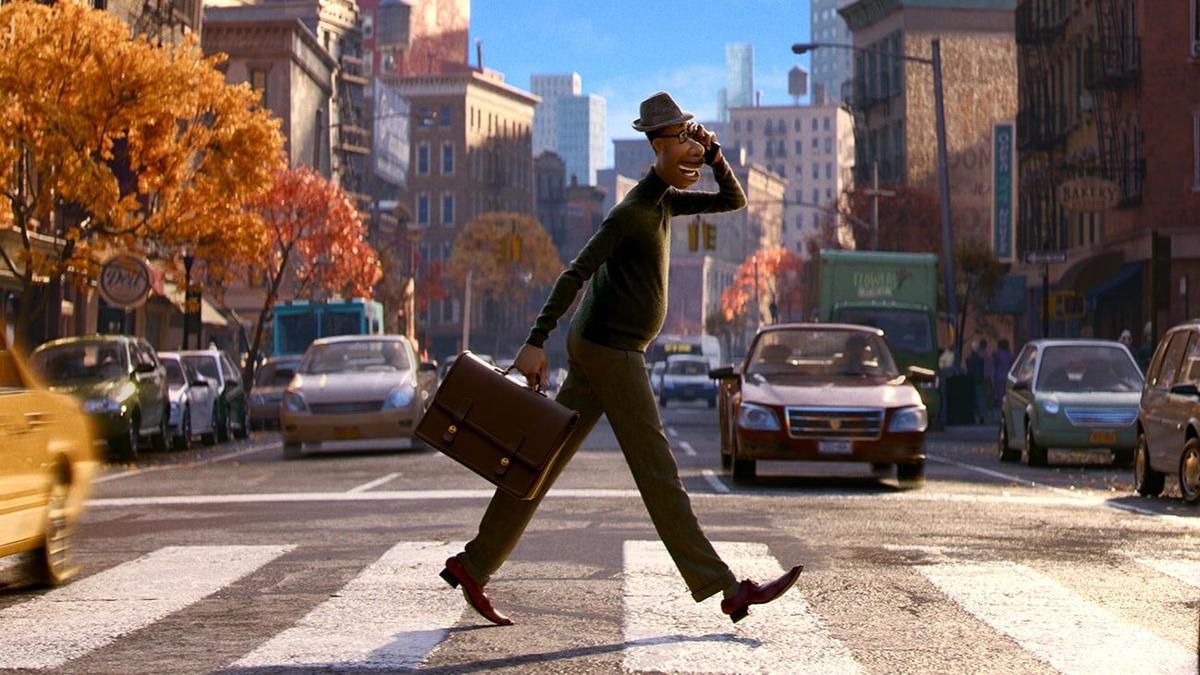 Pixar's 'Soul' is up for Best Motion Picture—Animated at this year's 'Golden Globe Awards.' 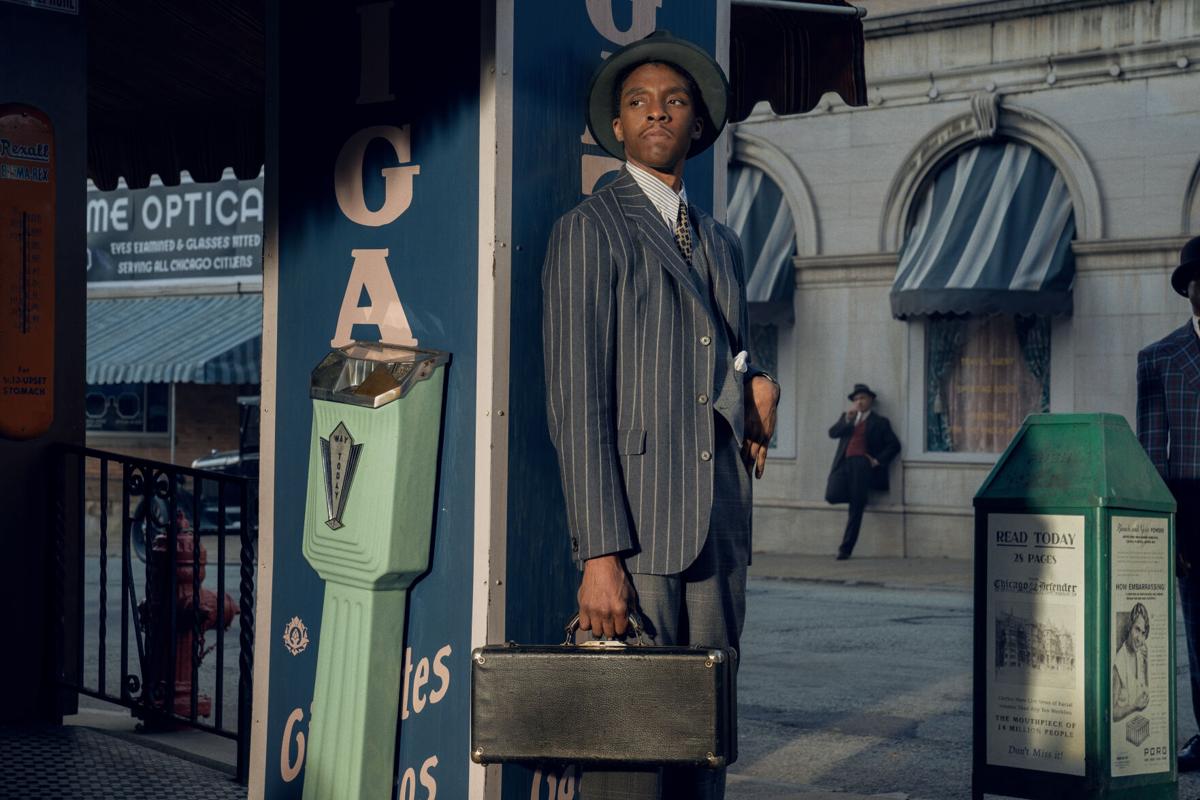 Chadwick Boseman's final movie role is in the Netflix original film, 'Ma Rainey's Black Bottom.' Boseman, who died in August 2020, is nominated for a Golden Globe for the role. 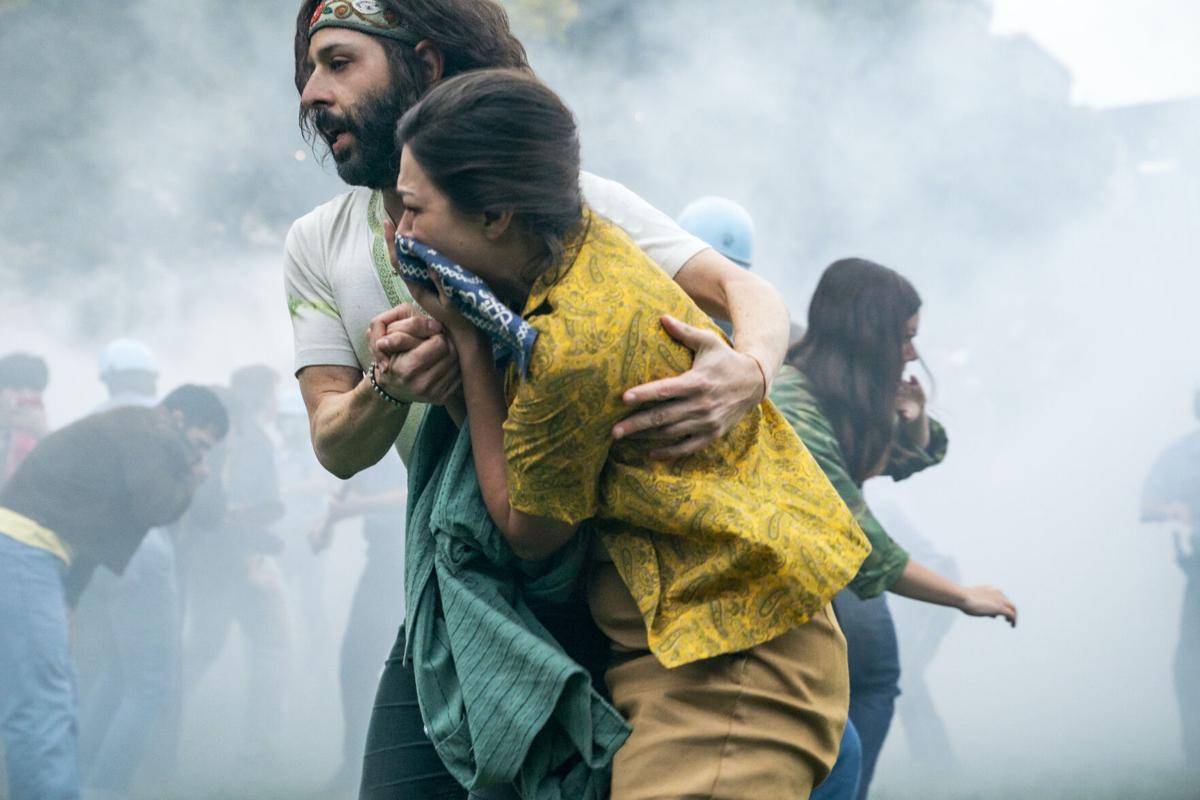 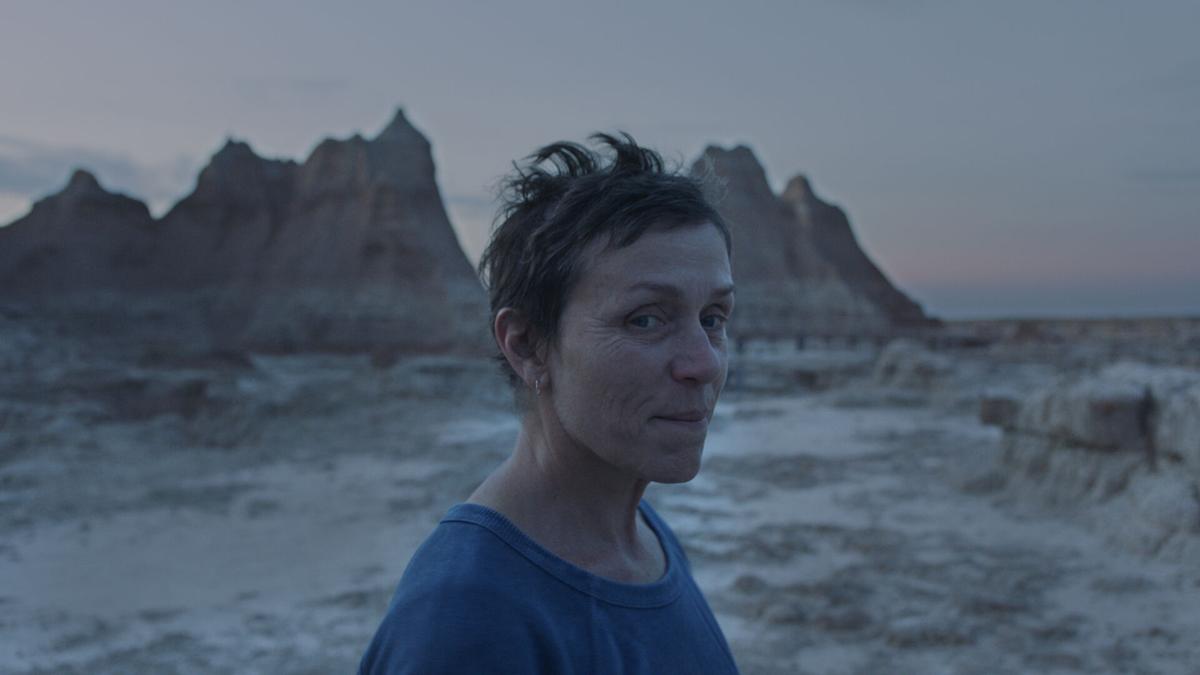 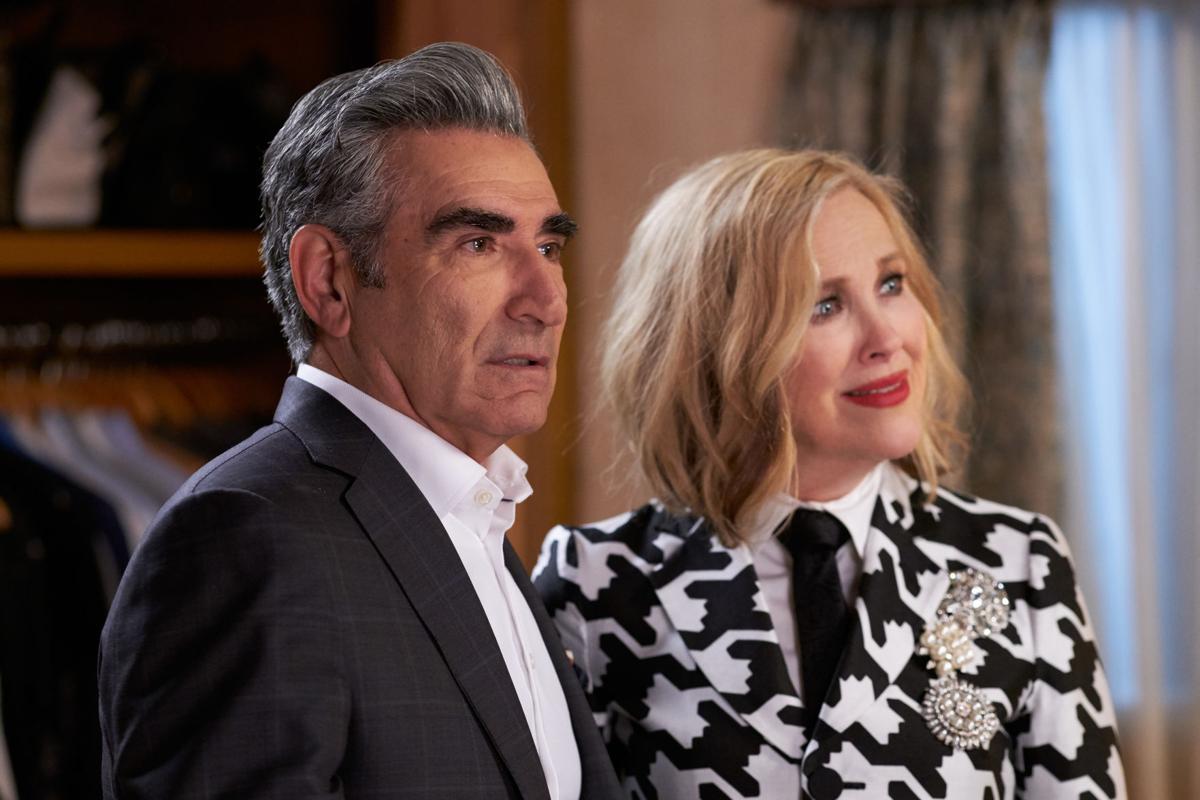 Hugh Grant, Noma Dumezweni and Nicole Kidman, from left, star in 'The Undoing.' Both Grant and Kidman are nominated for Golden Globes.

Pixar's 'Soul' is up for Best Motion Picture—Animated at this year's 'Golden Globe Awards.'

Chadwick Boseman's final movie role is in the Netflix original film, 'Ma Rainey's Black Bottom.' Boseman, who died in August 2020, is nominated for a Golden Globe for the role.

The stars will be out … over Zoom.

The "78th Golden Globe Awards" will air at 7 p.m. Sunday on NBC. Tina Fey and Amy Poehler will co-host the ceremonies in a bicoastal presentation. Fey will host from New York City's Rainbow Room, and Poehler will broadcast from the awards show's usual location at the Beverly Hilton in California.

Ahead of Sunday's festivities, here's a look at the major nominees, and the people and titles that will — and should — win.

Nominees: "The Father," "Mank," "Nomadland," "Promising Young Woman," "The Trial of the Chicago 7"

What will win? The Globes showed tons of love to Netflix this year; so, it's a safe bet that Aaron Sorkin's drama, "The Trial of the Chicago 7," or David Fincher's "Mank" will win. Neither are *that* great, but "Mank" celebrates old Hollywood as much as its subject, "Citizen Kane" screenwriter Herman J. Mankiewicz.

What should win? "Nomadland" is the best film of this bunch, but the category could easily have included other titles like "Da 5 Bloods."

What will win? "Borat Subsequent Moviefilm" was the most buzzed-about comedy of all these titles. It would be a shock if anything else — even the funnier "Palm Springs" — won.

Who will win? Boseman gets posthumous — and deserved — love for his performance. Ahmed deserves as much praise, too, and should be in the Oscar contender discussion.

Who will win? This is McDormand's to lose. However, this category is stacked with brilliant performances. You could be hearing all of these actresses' names come Oscar time.

Who will win? Cohen takes this home easily.

Who will win? The campaign around Bakalova to win awards started the minute after Amazon Prime released the "Borat" sequel.

Nominees: Sacha Baron Cohen, "The Trial of the Chicago 7"; Daniel Kaluuya, "Judas and the Black Messiah"; Jared Leto, "The Little Things"; Bill Murray, "On the Rocks"; Leslie Odom Jr., "One Night in Miami"

Who will win? Cohen might easily pick up his second acting award of the night in this category for his turn as Abbie Hoffman.

Who should win? Kaluuya and Odom Jr. were two of the better performances of the past three months.

Who will win? Close wins this, paving the way for future Oscar heartbreak — again.

What will win? "Soul," unless the Globes don't have a soul at all.

What will win? "The Crown," but does it matter when shows like "Better Call Saul" and "I May Destroy You" weren't even nominated?

What will win? "Schitt's Creek" continues its victory lap. In another world, "Ted Lasso" would win.

What will win? "The Queen's Gambit" ate up every bit of pop culture real estate upon its release. It was *the* show you *had* to binge.

What should win? "Small Axe" is five movies from director Steve McQueen, but, sure, let's call it TV so we can ignore it.

Who will win? Bateman or O'Connor.

Who should win? Odenkirk should win, then get back payment-style awards for his work on the best show on television.

Who will win? Colman wins this, and hopefully, sends the trophy to "I May Destroy You" actress/writer/creator Michaela Coel.

Who will win? Levy, but this is another stacked category without a bad option.

Who will win? O'Hara, but the award going to Cuoco or Fanning wouldn't feel bad.

Who will win? Grant feels like a win for a show that everyone seemingly hate-watched.

Who should win? Ruffalo or Hawke delivered the better performances in underrated options.

Who will win? Taylor-Joy takes it, easily.

Who will win? Levy, or a profane Sutherland, wins this.

Who should win? Boyega easily gave his best performance in one of five Steve McQueen movies. No, I won't stop making this point.

Who will win? Anderson or Murphy are safe bets here, with Murphy getting the slight edge as the ceremony might reward "Schitt's Creek" throughout the night.