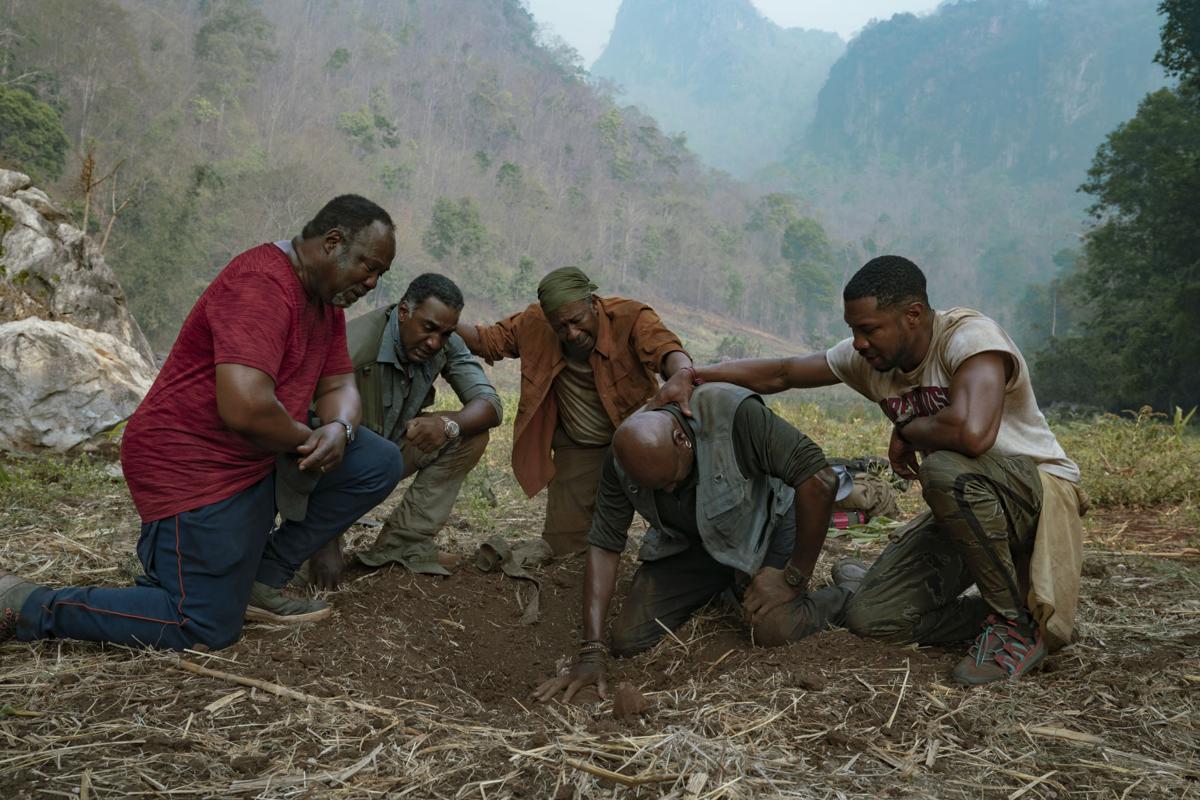 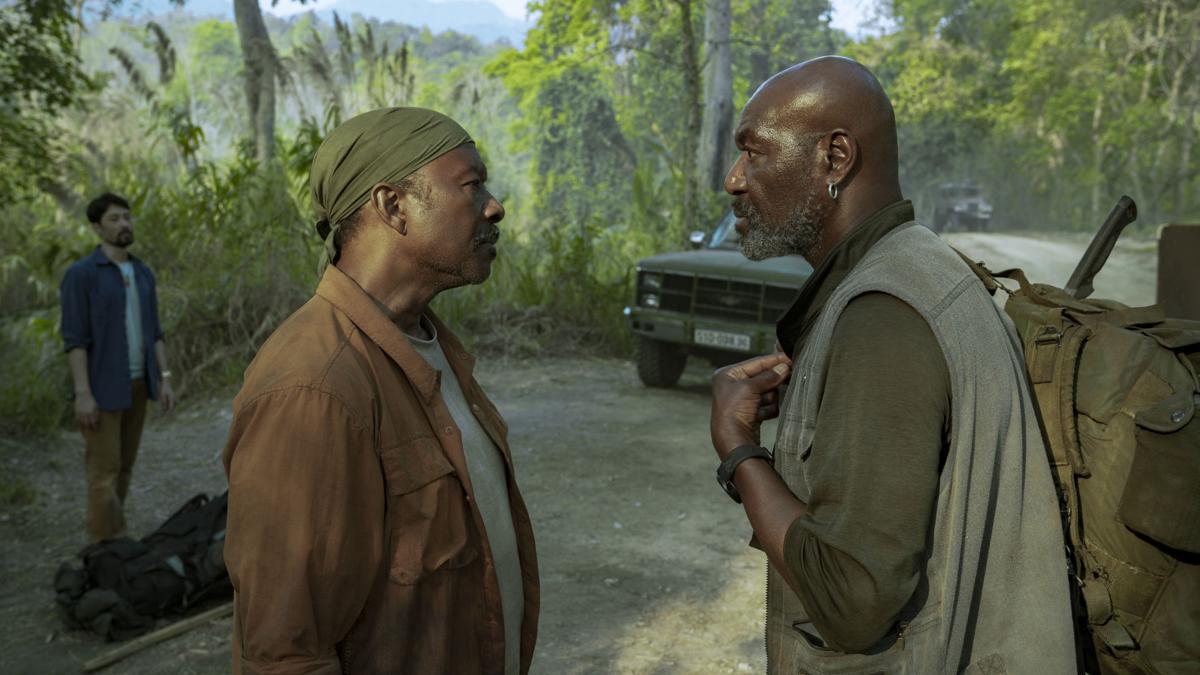 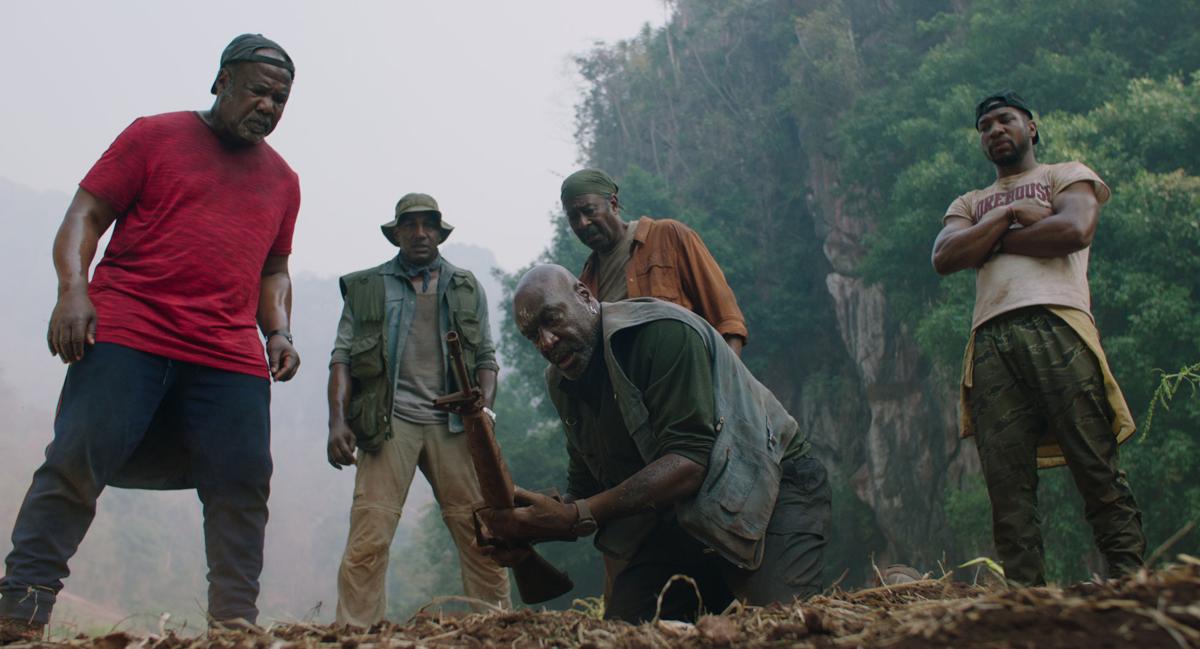 At 63 years old, Spike Lee hasn't lost any of his righteous anger.

Fresh off an Oscar win (finally) for his work on "BlacKkKlansman," the director returned last week with "Da 5 Bloods," now streaming on Netflix.

Unlike his 2018 award winner, Lee tries to cover lots of topics that can be found under the umbrella of inequality. The result is a messy but powerful portrait of generations done in by madness.

Lee takes his time to introduce all the moving parts, and so should we.

The remaining Bloods make good on their pact to bring gold and Norman's body back to the States. However, the mission gets complicated as Paul's son, David (Jonathan Majors), joins the group unannounced to check on his MAGA hat-wearing father.

As the Bloods reminisce while initially returning to Vietnam, Lee touches on themes in his unsubtle fashion. Images of the Kent State shootings, forgotten African American war heroes and the black power salute during the 1968 Olympics flash on screen.

In those montage moments, and in flashback scenes of battle with Norman rallying the Bloods, the movie serves as a history lesson. You can feel your blood boil as Lee makes clear his point: what was happening 50 years ago is eerily similar to what's happening now.

The majority of the film, though, deals with a heist. Though it's not without its powerful moments, subplots could've been cut. Diversions involving Otis meeting his daughter for the first time, the appearance of land mine experts, and a two-timing French businessman unnecessarily divert our attention away from an already compelling story of these now mature, complicated Vietnam veterans.

The better moments come when Lee focuses on the Bloods. An underrated and longtime supporting actor in movies like "Get Shorty" and "Clockers," Lindo has the most powerful role as the stubborn vet who voted for Donald Trump. Paul is searching for forgiveness and can't let go of his violent past. Paul cries out that he is a broken man and egotistically thinks he can decide when and how he dies. Paul's relationship with David is nearly nonexistent, but Otis is the leveled bridge between the father and his son, and the Bloods.

One suspects, like the rest of us, Lee is trying to figure out how we all got to this place, full of, as Otis screams out later in the movie, "madness."

War, greed, inequality — yeah, America's story is full of madness. In "Da 5 Bloods" and with every other previous movie he's made, Lee doesn't mind putting a megaphone to that brutal, messy past that still haunts us all.

WHY IS THIS MOVIE RATED R? For strong violence, grisly images and pervasive language

WHY IS THIS MOVIE RATED R? For strong violence, grisly images and pervasive language.

As Shirley Jackson crumbles behind the weight of her insecurities, she puts her hand on the pregnant stomach of the young caretaker and recent…