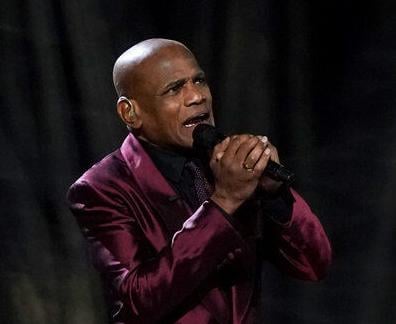 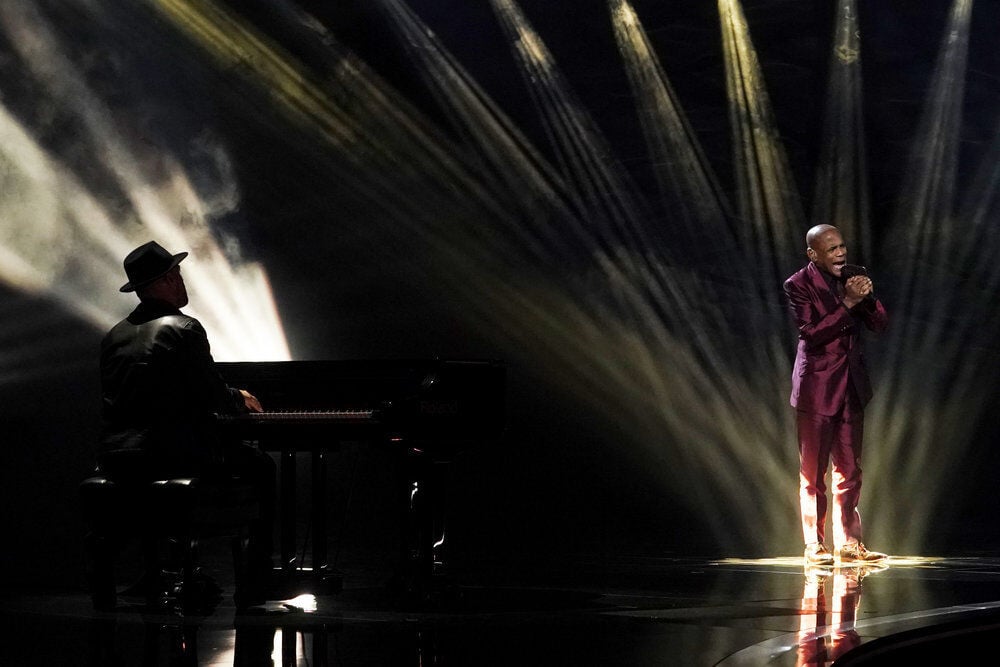 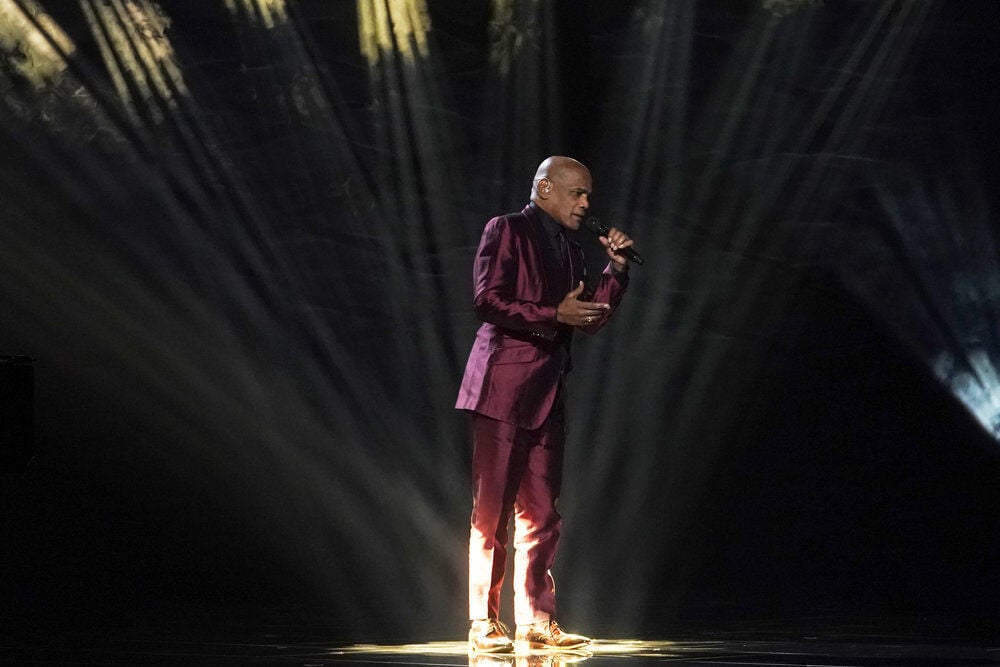 Louisiana's Archie Williams sings the Beatles' 'Blackbird' on the 'America's Got Talent' finals on Tuesday night. 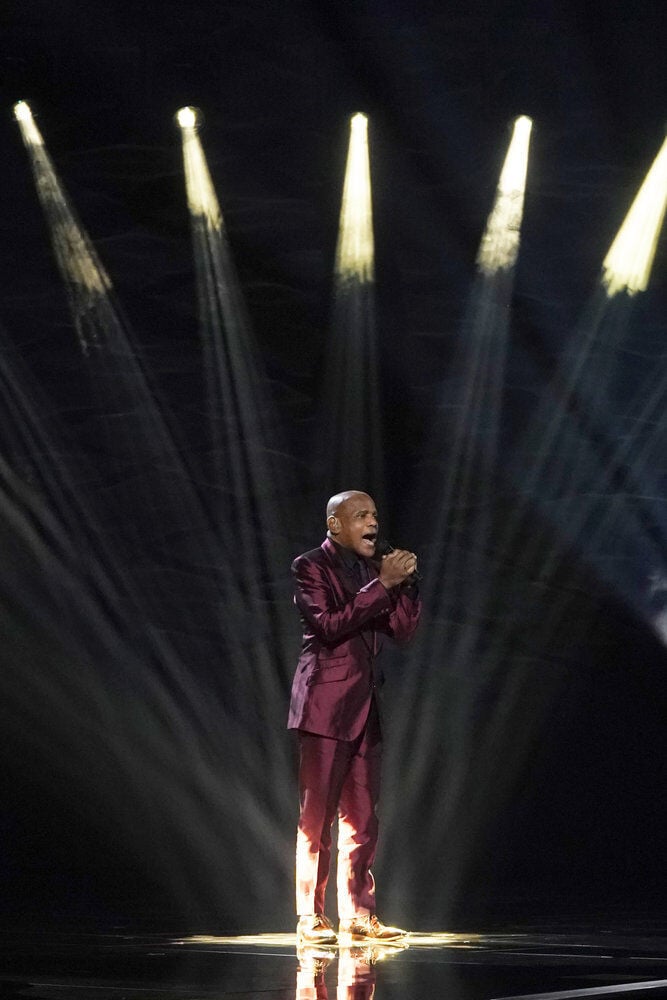 Archie Williams says he chose the Beatles' song 'Blackbird' for his finale performance because of the meaning behind the music. 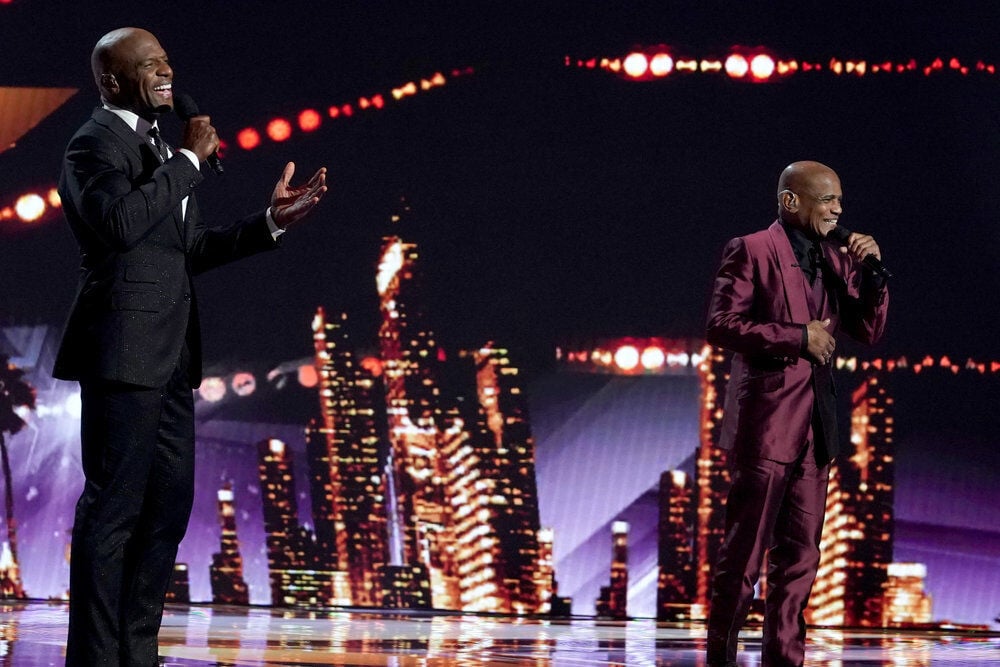 Louisiana's Archie Williams sings the Beatles' 'Blackbird' on the 'America's Got Talent' finals on Tuesday night.

Archie Williams says he chose the Beatles' song 'Blackbird' for his finale performance because of the meaning behind the music.

Not only was the 60-year-old Baton Rouge native able to share a duet with one of his idols, he also received a royal shout-out.

In the two-hour live results show airing from Universal Studios in Hollywood, the top 10 finalists performed with some of their favorite singing stars. Gospel great Marvin Winans, who also accompanied on piano, sang his stirring "Everything You Touch is a Song" with a clearly emotional Williams.

"Listening to you helped me get through (during his years in prison)," Williams told his idol during Wednesday's show. "Every song y’all sang just changed my whole life."

Winans, part of The Winans quartet of Detroit, released "Everything You Touch" in 1984.

Later in the show, host Terry Crews told Williams he had a video message from someone special.

Sitting on her sofa, Meghan, Duchess of Sussex, began, "Archie, we’ve been so touched by your songs and we’ve been cheering for you every week and not just because we’re partial to your name. We're in your corner."

Williams ended his series of powerful performances on "AGT" earlier in the week with his rendition of the Beatles' classic "Blackbird."

The 1968 tune written by Paul McCartney and John Lennon reflected a turbulent time in history, the words ever-relevant today.

McCartney said at the time that "Blackbird" was a metaphor of the struggle for Black civil rights, specifically citing the Little Rock Nine. Following the Supreme Court’s historic Brown vs. the Board of Education decision, this group of black students enrolled at all-white Little Rock Central High School in 1957, setting off black lash from the governor, protests and discrimination against the students involved.

"Archie, only one act is going to win tonight, but I feel like you're already a winner," judge Howie Mandel told the singer afterward. "You know, you won your freedom, you won justice, you won the dream of coming from a tiny cell to the biggest stage on earth."

"You made this song your song. I definitely think this was your best performance," judge Sofia Vergara added.

"When I heard you sing this, too, I hear it differently than I've ever heard the song before. Now, it seems like the Beatles did write that song for you, Archie," judge Heidi Klum said. "It's your story and you're flying. Actually, you're not flying, Archie, you're soaring."

Williams' story went viral when his original "AGT" audition aired in May, accompanied by his heart-wrenching account of spending 37 years in prison for a crime he did not commit.

Williams, who lived in New Orleans after his release from Angola in  2019, told The Advocate on Monday that he'd like to return to Baton Rouge and open his own boxing studio. Training young inmates was an outlet to pass the time in prison, Williams said.

Our Views: Archie Williams' television journey is about a lot more than talent

"America's Got Talent" contestant Archie Williams isn’t the first Louisianan to compete on a reality television show, but he’s got a story lik…

Will Archie Williams' take on the Beatles' 'Blackbird' be enough to win it all? Watch video