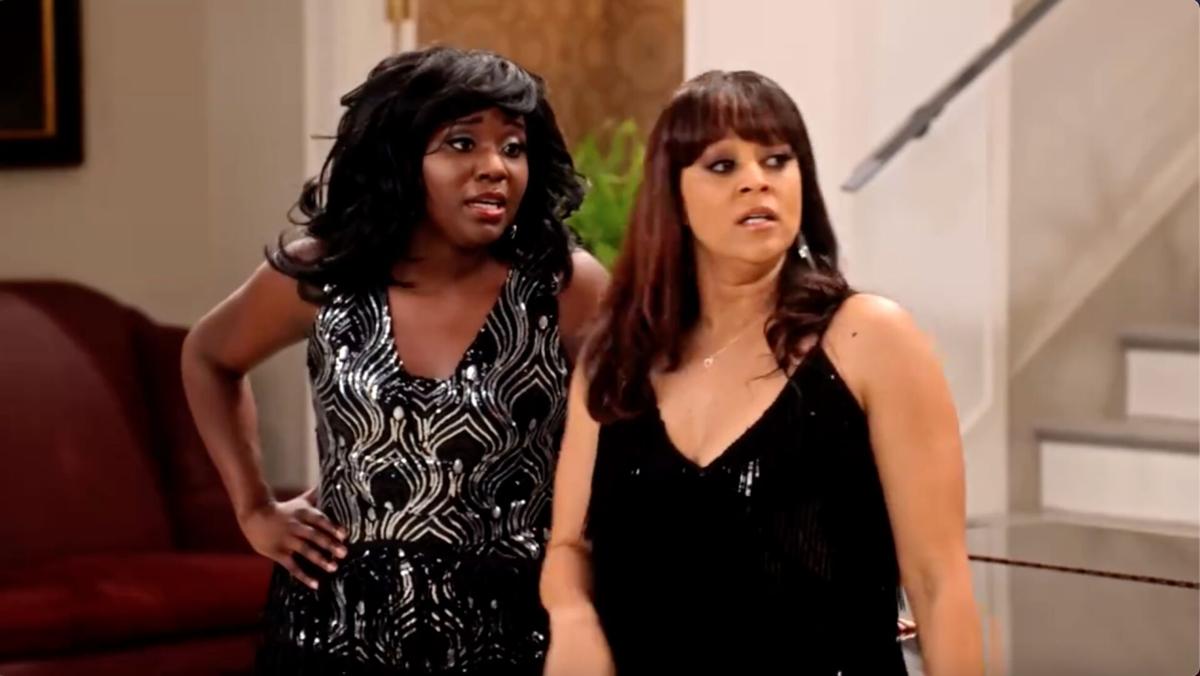 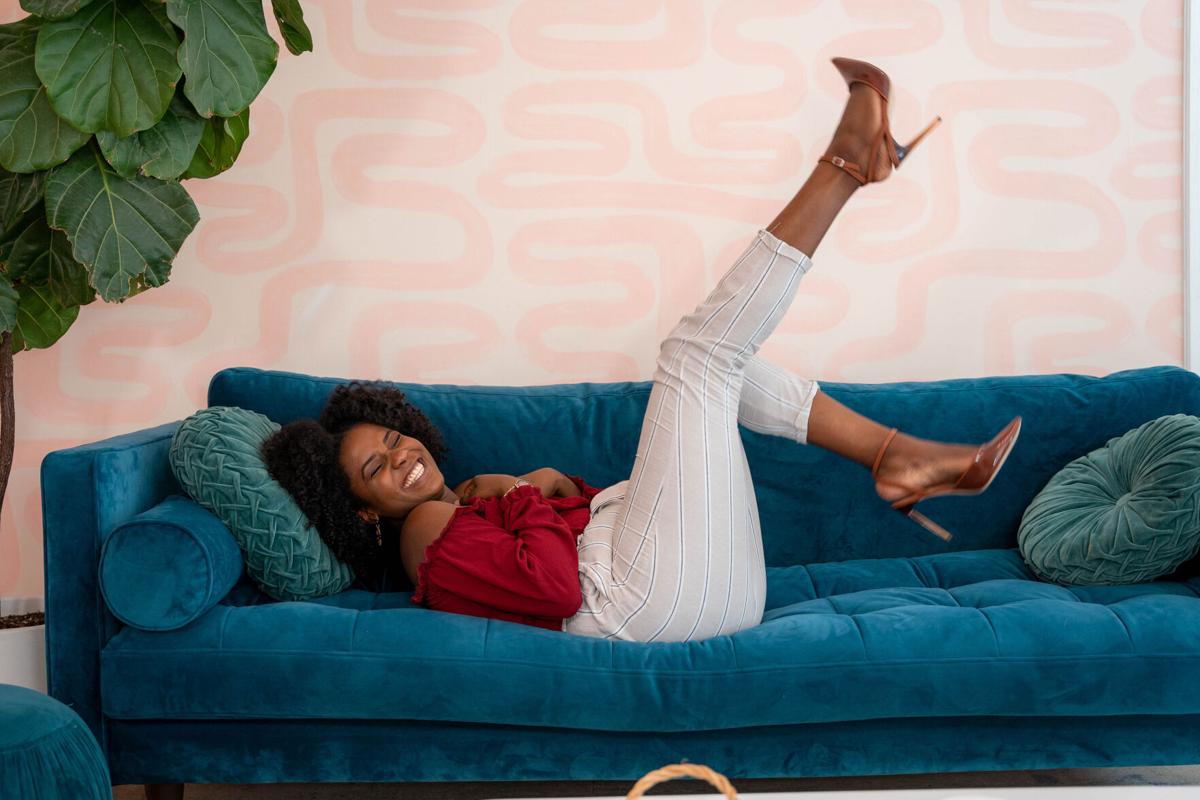 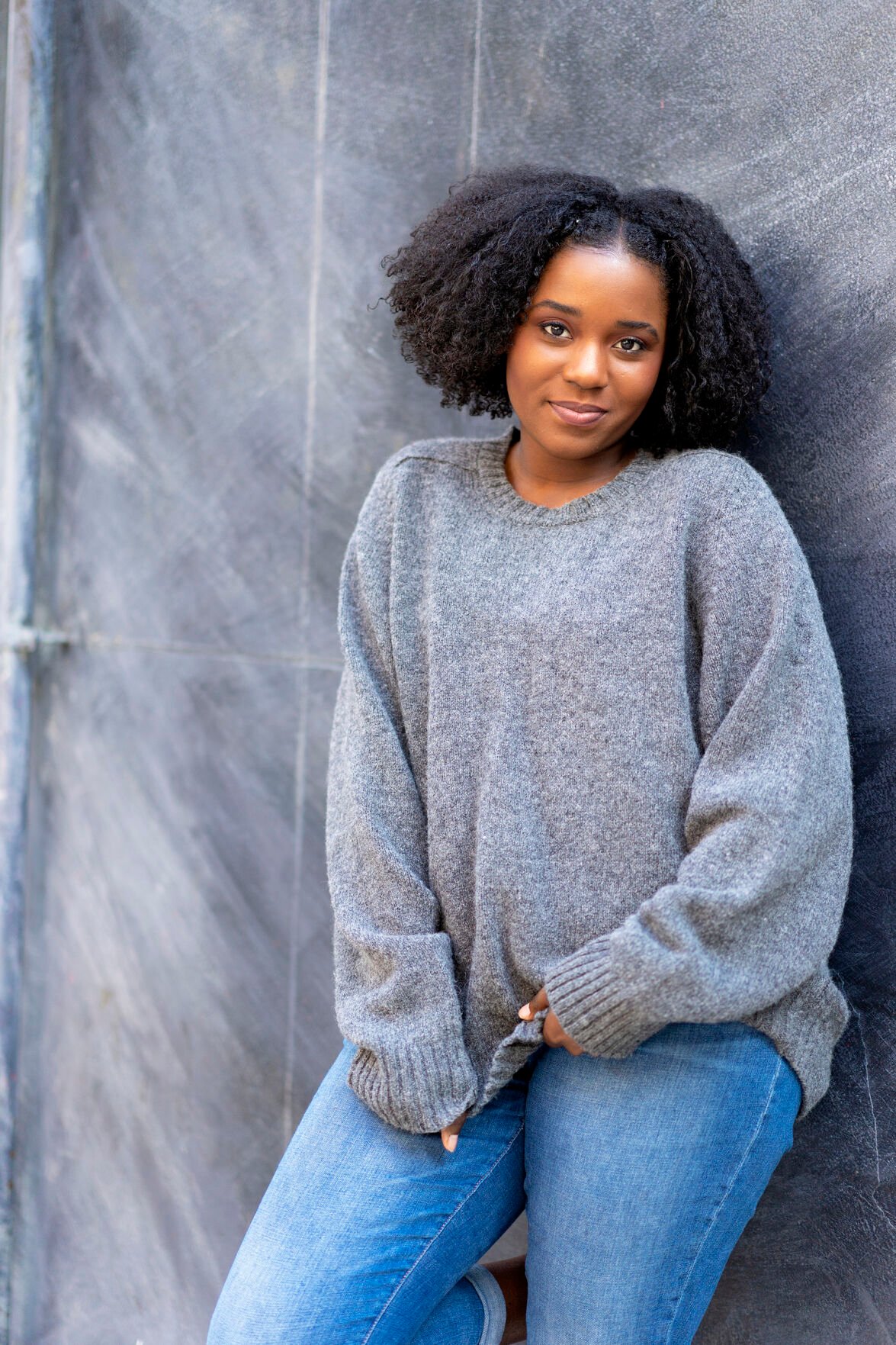 Tyra G. Morrison caught the acting bug early as a fourth-grader at Bains Elementary School. She played a tree in her debut role. 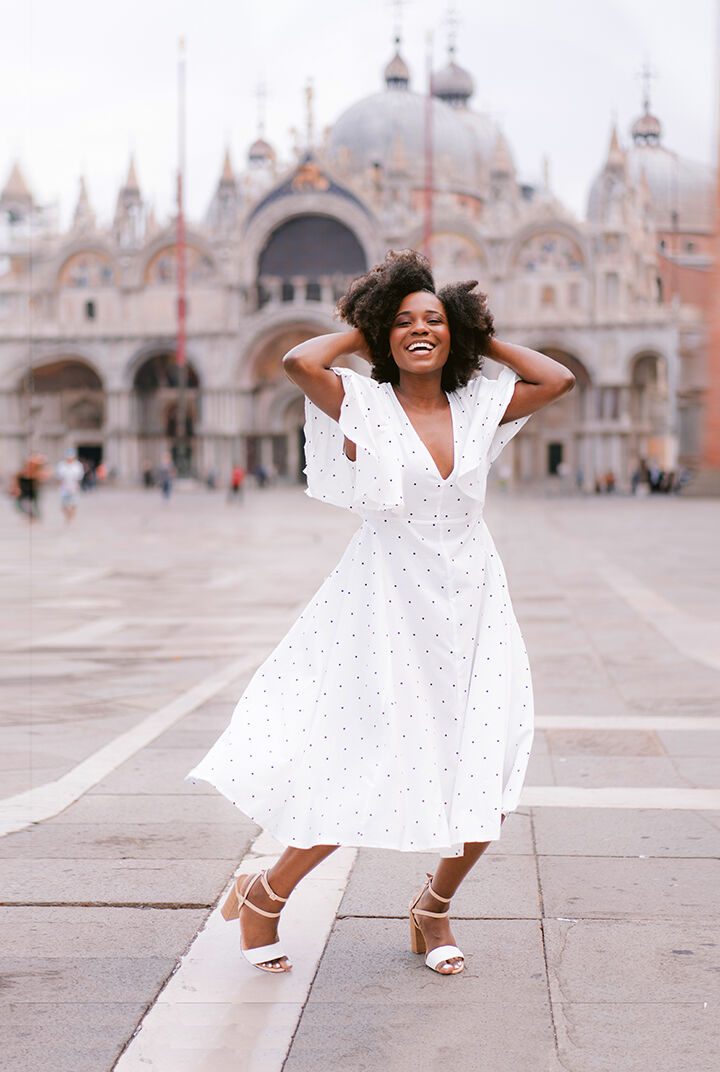 Enjoying the moment on a trip to Venice, Italy is 26-year-old St. Francisville native Tyra G. Morrison, now a working actress in Hollywood. 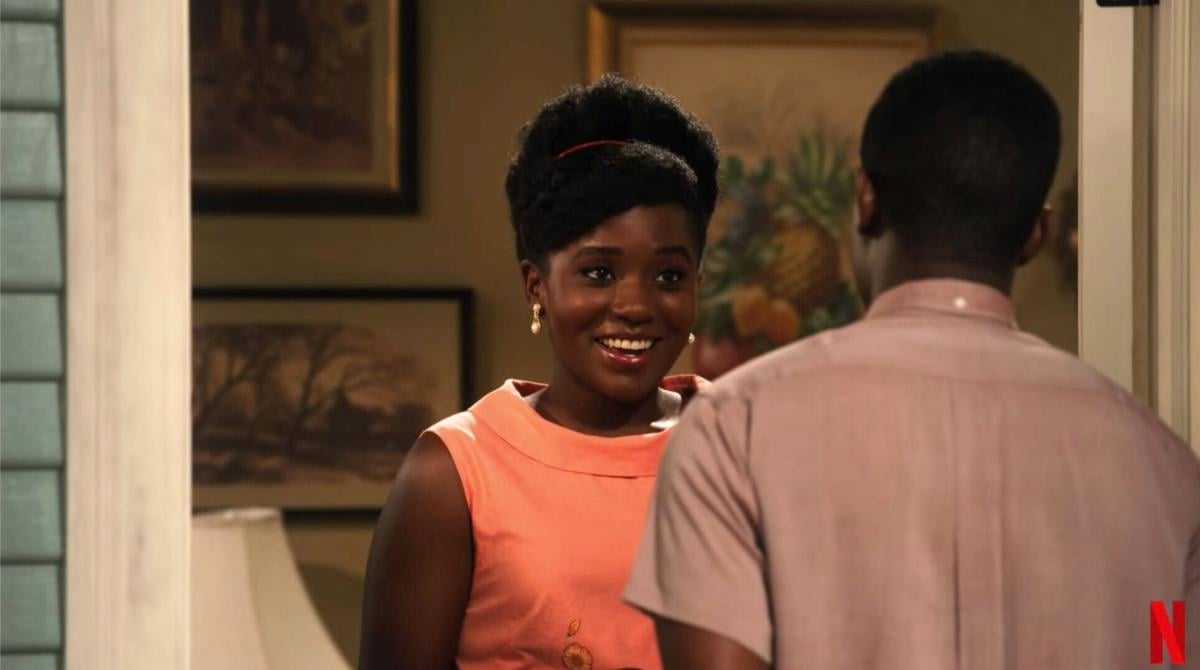 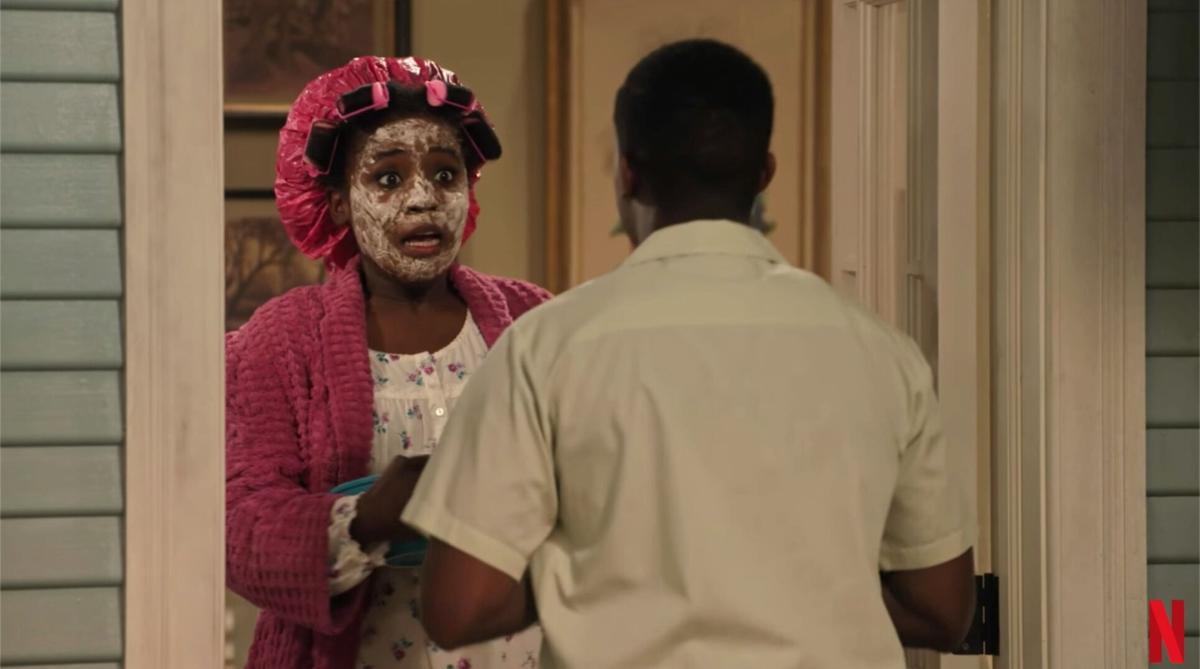 A startled Tyra G. Morrison (as 'teen Amelia') isn't expecting her future husband, 'young Jebediah' (played by Noah Taliferro) when she answers the door bell in a scene from Netflix's 'Family Reunion.'

Tyra G. Morrison caught the acting bug early as a fourth-grader at Bains Elementary School. She played a tree in her debut role.

Enjoying the moment on a trip to Venice, Italy is 26-year-old St. Francisville native Tyra G. Morrison, now a working actress in Hollywood.

A startled Tyra G. Morrison (as 'teen Amelia') isn't expecting her future husband, 'young Jebediah' (played by Noah Taliferro) when she answers the door bell in a scene from Netflix's 'Family Reunion.'

"There are no small parts, only small actors." — Konstantin Stanislavski

When St. Francisville native Tyra G. Morrison recounts her first stage experience, one can't help but think of that famous quote from the Russian acting guru.

"I was a tree," Morrison says, reflecting on her fourth-grade self at Bains Elementary dutifully taking her spot in the class' environment play.

"I didn't have any lines, and I just remember my mom taking me to Walmart and I got this ugly brown outfit — this shirt and shorts," she continues. "But I was so excited to be in this play and when I was on stage, I just knew that this is where I wanted to be. This sense of peace and belonging came over me.

" … You know, every actor has that cliché story of 'I knew the first time I was on stage.' Well, that's how it really happened for me."

Fast-forward to 2021, and 26-year-old Morrison is based in North Hollywood, plying her thespian passion, starring on her own YouTube channel and hosting a brand-new podcast.

The Northwestern State University graduate landed her first television gig 10 months after moving to Los Angeles in February 2018. More impressive — it was her first Tinseltown audition.

Morrison plays the recurring role of "teenage Amelia" in the streaming service Netflix sitcom "Family Reunion," which debuted in 2019. Her character is featured in flashback scenes as the "adult Amelia" (affectionately called "M'Dear") relates stories of her younger years to her grandchildren, who've recently moved with their parents back to Augusta, Georgia. Veteran actor Loretta Devine ("Queen Bees," "Grey's Anatomy") portrays M'Dear.

Morrison appears in one episode of the show's first season, and two in its second. With "Family Reunion's" popularity, a third season, although not as yet announced, is likely.

"It's a multigenerational show," she explains. "We get to see what the matriarch and her husband, as well as the son and his family all are dealing with on a real-life basis and we get to dive into the kids' lives, so it's something for everyone."

This type of series was something new for Netflix.

"We handle a lot of current events like Black Lives Matter and police brutality and it's all wrapped into a sitcom so it's not too dark of a show," she says. "You get the message but it's also done in a lighter way."

A second-season episode titled "When M'Dear Changes History" afforded Morrison her first opportunity to share scenes with those in starring roles.

"Some of the main cast acted like famous characters from history like Martin Luther King, and Tia Mowry-Hardrict ("Cocoa") ended up playing Tina Turner and Talia Jackson ("Jade") played Maya Angelou, so I did get to have some scenes with them," she says. "That was mind-blowing for me. I really enjoyed that."

The setup of the series, of course, doesn't allow for Morrison to act opposite one of her favorite stars, Devine. The two have compared notes on the younger and older Amelia.

"When I first booked the show, … since I was playing a younger version of her, I really wanted to at least have a conversation with her so I can embody who her character M'Dear is, and also learn a few of her mannerisms, how she moved on set.

"I would definitely say she (Amelia) is sassy, she is bold and she is out there. M'Dear, I feel like she wants to keep that spunk under wraps. She's saying one thing about her childhood, but I'm doing something completely different."

Calling YouTube her creative outlet (she goes by Tyra the Creative on the platform), Morrison dreams up skits, films educational videos, and offers resources for Black creatives on how to share their creativity with the world in any medium.

"Your creativity is attached to your vulnerability," she says.

"It's a mental health podcast, just talking about anything going on in life, things I didn't feel like talking to mom or someone else close about, a safe space for Black millennial women," she said.

In keeping with the weekly podcast's title, there's an affirmation in each episode, "pushing you out of whatever it is into a brighter future," she affirms.

"I'm getting a lot of good feedback. I wished I had launched it earlier. People are really reaching out to me thanking me for creating something like this."

A new episode is released each Sunday.

Meanwhile, the next time you see a Daisy sour cream commercial on TV, keep a close eye — Morrison is seen carrying a platter of food outdoors and sitting down for a backyard feast with friends. She's also heard in voice-over reciting the brand's catch phrase, "It's not the same without Daisy."

Back in Louisiana, Georgia Dudley is following her former mentee's career with interest and pride.

"I taught Tyra for four years, so she was memorable! Tyra was a wonderful theater student who amazed me more and more every year," Dudley, now supervisor of human resources for West Feliciana Parish schools, remembers.

"One thing I loved about Tyra's abilities was that she could play any part I gave her. She appealed to audiences because her emotions always seemed so real — whether it was the angry, crazy, funny or grief-stricken character, Tyra fully embraced the character," Dudley says.

CorNaé Granville back for another season of making cocktails, conversation on Friday nights

Where can you get recipes for a kickin' custom drink and a feel-good facial in the same half-hour show?