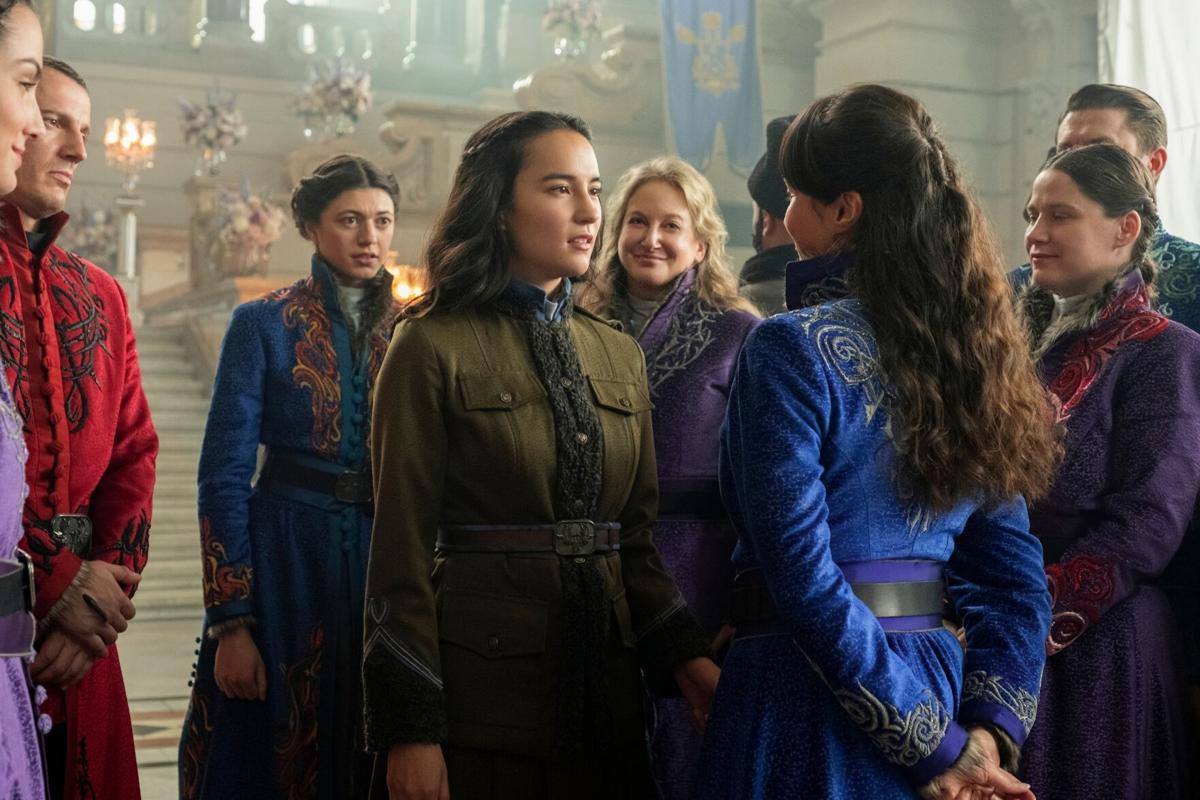 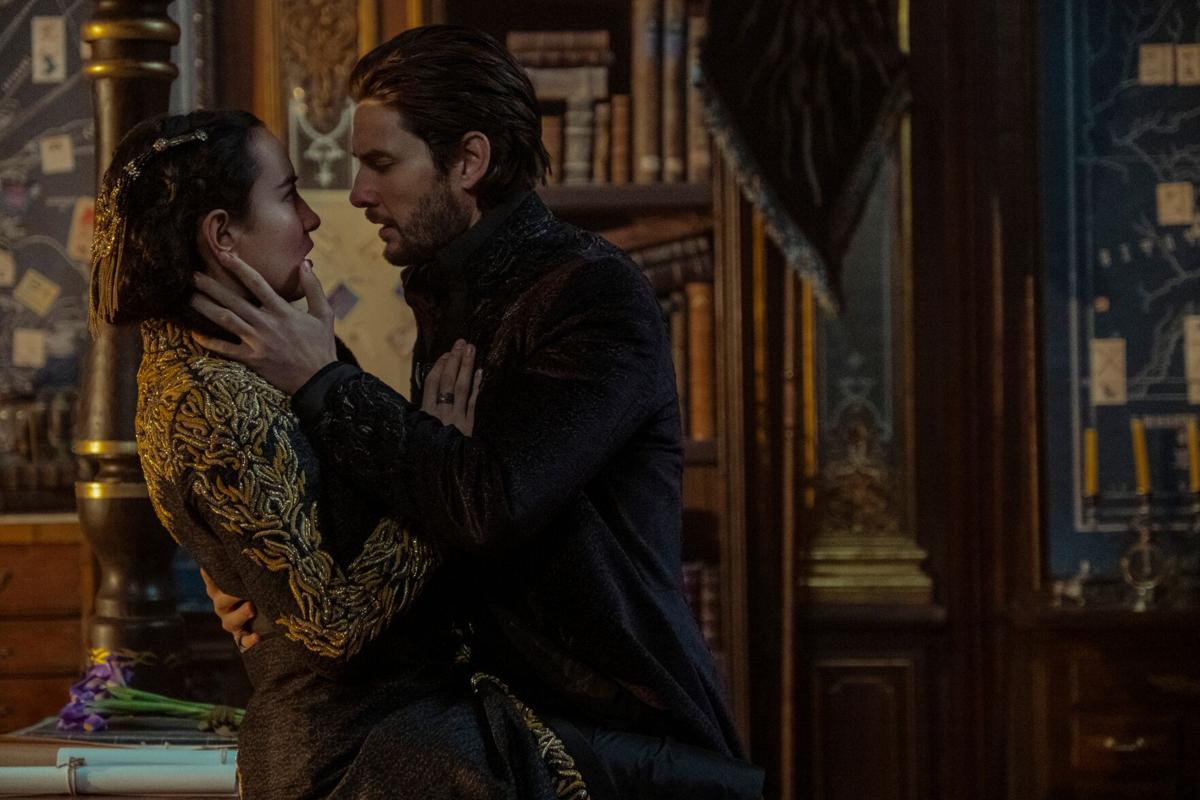 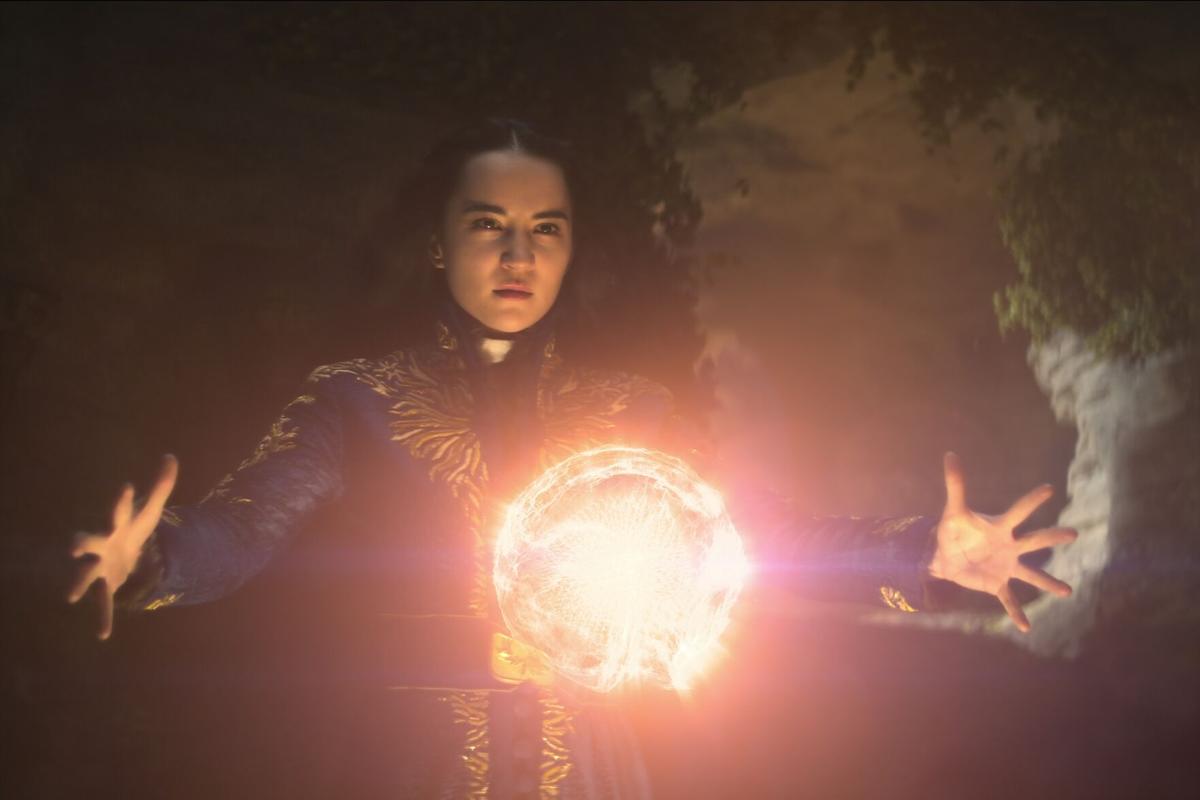 Jessie Mei Li stars as Alina Starkov, who comes into a potentially world-saving and history-changing power in 'Shadow and Bone.'

ALINA STARKOV in episode 104 of SHADOW AND BONE Cr. COURTESY OF NETFLIX © 2021

Jessie Mei Li stars as Alina Starkov, who comes into a potentially world-saving and history-changing power in 'Shadow and Bone.'

ALINA STARKOV in episode 104 of SHADOW AND BONE Cr. COURTESY OF NETFLIX © 2021

Movie and TV adaptations of beloved book series are, by their nature, controversial.

However, “Shadow and Bone” is a stellar show that is sure to please most fans and lure in new ones.

“Shadow and Bone” combines two properties about Grishaverse, Leigh Bardugo’s young-adult fantasy world with heavy Russian folklore influence. The original trilogy, the first book of which is also called “Shadow and Bone,” tells the tale of Alina Starkov as she comes into a potentially world-saving and history-changing power.

The “Six of Crows” duology follows a cast of young criminals in a different country, with limited connections to the original story and occurs a few years after the end of the trilogy. “Six of Crows” has a massive fan base, and it was a smart move on the part of the showrunners to combine the two stories.

As fervor over the series grew — Netflix didn’t release many photos or a trailer until well into 2021 — so did concerns over whether the streaming service would be able to pull it all off. As with “Bridgerton,” the series not only had a large fan base, but was also acting as a litmus test for whether shows like this can succeed.

While Netflix hasn’t announced a renewal for season 2 yet, “Shadow and Bone” blew it out of the park. The casting, the costuming, the pacing, the sets, the stakes — they’re all done right.

The series follows two major storylines — Alina, a mapmaker in the royal army, is part of a party crossing the Shadow Fold, a deadly area populated with winged creatures that attack sound and light, and is splitting her country in two.

With her is her best childhood friend, Mal, a gifted tracker. When their skiff is attacked and Mal wounded, Alina unleashes a power that has only been hinted at in faith and lore.

In this world, there are people called Grisha, those with the power to summon elements, control the human body or fabricate objects and chemicals. There has never been a sun summoner, but it appears as though Alina is the first. This captures the attention of Grisha Gen. Kirigan, known as the Darkling, the only person who can summon darkness. Alina is thrust into the Grisha world by herself and given the daunting task of destroying the Shadow Fold. On the other side are criminals Kaz, Inej and Jesper who agree to kidnap Alina for a steep price. They must cross the Shadow Fold, find Alina and then return with her.

Alina struggles to accept and control her power while figuring out who to trust — the Darkling, who is charismatic and mysterious; Genya, her attendant; and Mal, who she must leave behind while grappling with her feelings for him. It’s an exploration of her finding her place on her own, taking control of her life and finding the strength to defeat her enemies. Kaz, Inej and Jesper must plot and plan to accomplish their goal — if they don’t succeed, they won’t have anything to return to. The scheming tests their ingenuity and the bonds of their friendship.

The show makes some improvements on the books (Gasp! I know, what blasphemy!). “Shadow and Bone” was first published in 2012, and it’s clear that Bardugo and the showrunners took the opportunity to make adjustments — I don’t remember Alina’s heritage being a big deal in the books, but the show explores how her Shu Han ancestry, a neighboring Asian-influenced country, affects her experiences at the orphanage of her youth, within the army ranks and as a powerful Grisha. This is an especially relevant topic in light of recent anti-Asian harassment and violence.

On a lighter note, the show also improves Mal’s character, giving him more depth and cutting out some of his toxic masculinity when it comes to Alina.

The casting is so spot on, too. Freddie Carter, who plays Kaz, might as well have stepped from the pages. Ben Barnes, who portrays the Darkling, brings the charm and good looks while keeping that aloofness necessary for intrigue. Jessie Mei Li plays Alina’s vulnerability and inner fire with skill and radiance.

I fell in love with Amita Suman’s Inej every time she was on screen, tossing knives and sneaking about. Kit Young perfectly captures Jesper’s irreverence and force of personality (the character’s bisexuality is also preserved, which is important representation for the LGBTQ+ community).

As for loyalty to the books, fans have plenty to rejoice over. All the major beats are hit, and while most of the storyline for the “Six of Crows” characters is brand new, it’s centered around a heist, which is what the first book is all about. There are teases to characters not yet introduced and lines pulled directly from the books.

All that being said, it’s a solid fantasy series about a young woman coming into her own. You don’t have to have read any of the books to enjoy it. But with the cliffhangers in the final episode, you may find yourself needing to pick them up to find out what happens next.

You really can’t skip anything, and you won’t want to.