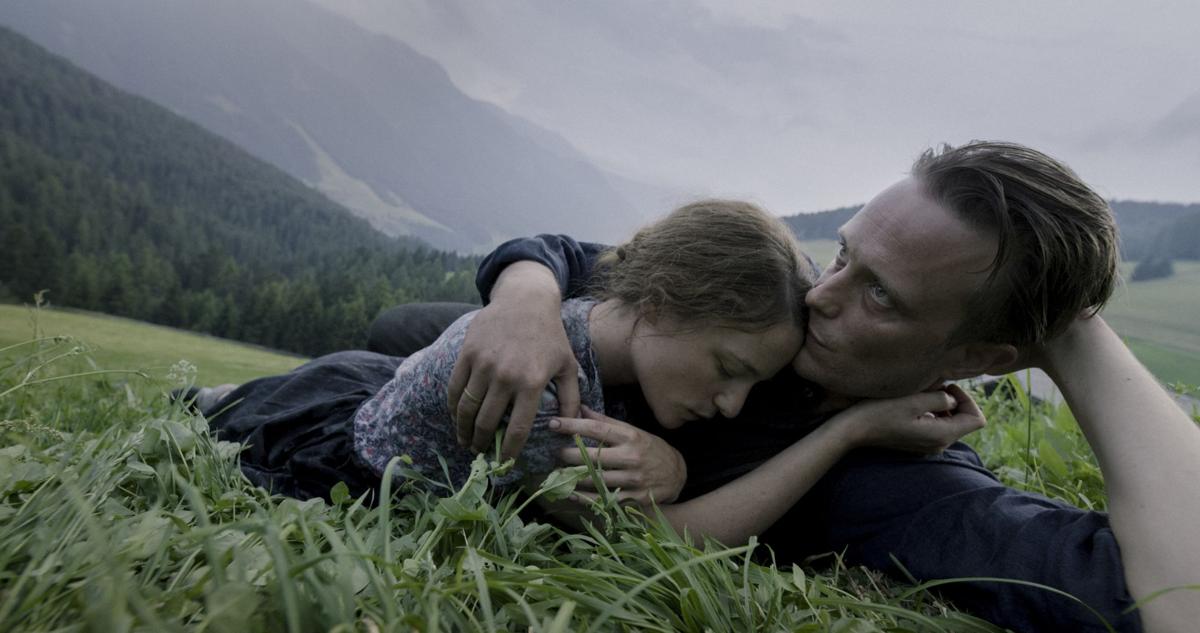 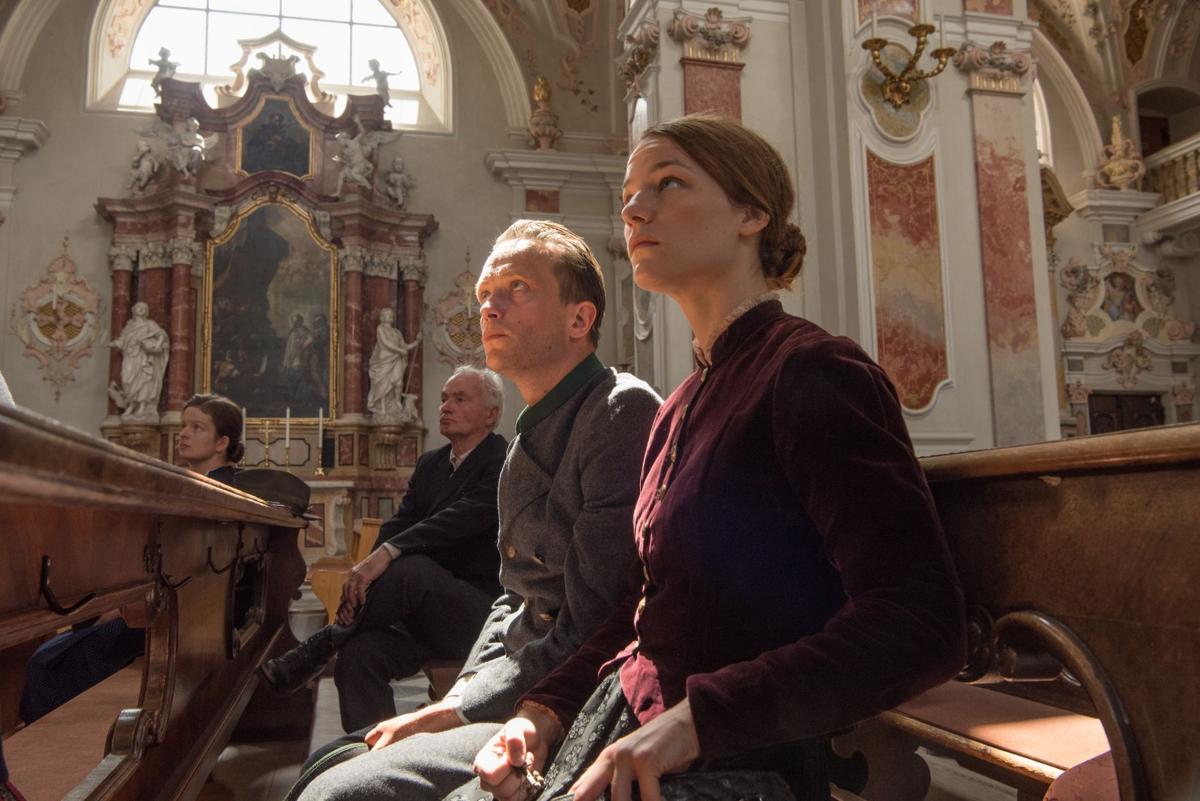 In “A Hidden Life,” Terrence Malick, the auteur who luxuriates over fields of wheat, blades of grass and cascading water, tells a more accessible story than he usually does. Revere nature though Malick does in his new film, this World War II drama about a man of saintly principle isn’t obscured by the filmmaker’s mystical gaze.

A cinematic morality play that assumes the solemn tone of prayer, “A Hidden Life” reveals the life of a seemingly simple man who makes a profoundly courageous choice.

Malick opens “A Hidden Life” with the big picture —Nazi rallies and marches attended by throngs of enraptured Germans pledging loyalty to Adolf Hitler. The historical black-and-white footage of a great nation gripped by fascism gives way to Mallick’s idyllic images of a young farming couple in Austria. Franz Jägerstätter and wife, Franziska, are happily planting potatoes, digging their bare hands in dirt.

“How simple life was then,” Franziska says in voiceover. “It seemed no trouble could reach our valley. We lived above the clouds.”

So begins Malick’s poetic, contemplative, visually beautiful biopic about a peasant farmer who refused to serve in Hitler’s army. While the sacrifices this devoutly Catholic husband and father made might never have been known, his story eventually came to light, partly through his beatification by the Vatican in 2007.

Because Malick cast German-speaking actors in the film, Matthias Schoenaerts (“The Mustang,” “The Laundromat,” “Far from the Madding Crowd”) and the late Bruno Ganz (“Wings of Desire,” “The Reader”) may be the only actors in the film that American audiences know. Nonetheless, the cast is world-class, including German actor August Diehl as Franz Jägerstätter and Austrian actress Valerie Pachner as Franziska, Fani for short.

Malick depicts Jägerstätter’s happy life before Germany annexed his country and Austrian men are conscripted to Germany’s Wehrmacht. The Jägerstätter farm, set amidst vast green hills and soaring blue mountains, is a place where love rules. Franz and Fani share their home with their three little girls, his widowed mother and her unmarried sister.

Having shown how much Franz has to lose, “A Hidden Life” exposes the troubles fascism brings to his family. Malick weaves Franz and Fani’s letters into the script. “My dear husband,” she writes while he’s away at basic training. “They say that France has surrendered. They’re sending farmers home.”

During Franz’s combat training, Nazi propaganda films shown to the trainees reveal the destruction and suffering the war inflicts upon invaded countries. “Oh, my wife,” he writes to Fani. “What happened to our country, the land we love?”

When Franz is sent home in the spring, Fani rushes to him for an emotional embrace. For a time, he can return to a normal life.

The couple’s neighbors overwhelmingly support Hitler and the Nazis’ march across Europe. In St. Radegund, the village where Franz was born, the few who dare to question the Third Reich do so quietly. “Don’t they know evil when they see it?” a worried man asks Franz.

Because Franz doesn’t hide his opposition to the Nazis, the mayor and the village priest caution him against such dangerous disloyalty. “Your sacrifice would benefit no one,” the priest warns.

The compelling argument that Franz will harm only himself and his family should he refuse to swear loyalty to supreme commander-in-chief Hitler is a recurring theme. He counters his Nazi-enabling bishop, framing his objection unambiguously: “If our leaders are not good, if they are evil, what does one do? I want to save my life, but not through lies.”

Despite its three-hour length, “A Hidden Life” stays absorbing. As Franz, Diehl embodies the singular earnestness that shines through his character’s surviving letters and photos. Never losing Franz’s human vulnerability, the actor gracefully shoulders the cruelty inflicted upon this common man who heard the better angels of our nature. It’s a haunting performance.