When Tom Hanks, right, wrote the screenplay for 'Greyhound,' he says he included things he wanted to see in the movie that he'd never quite seen before. 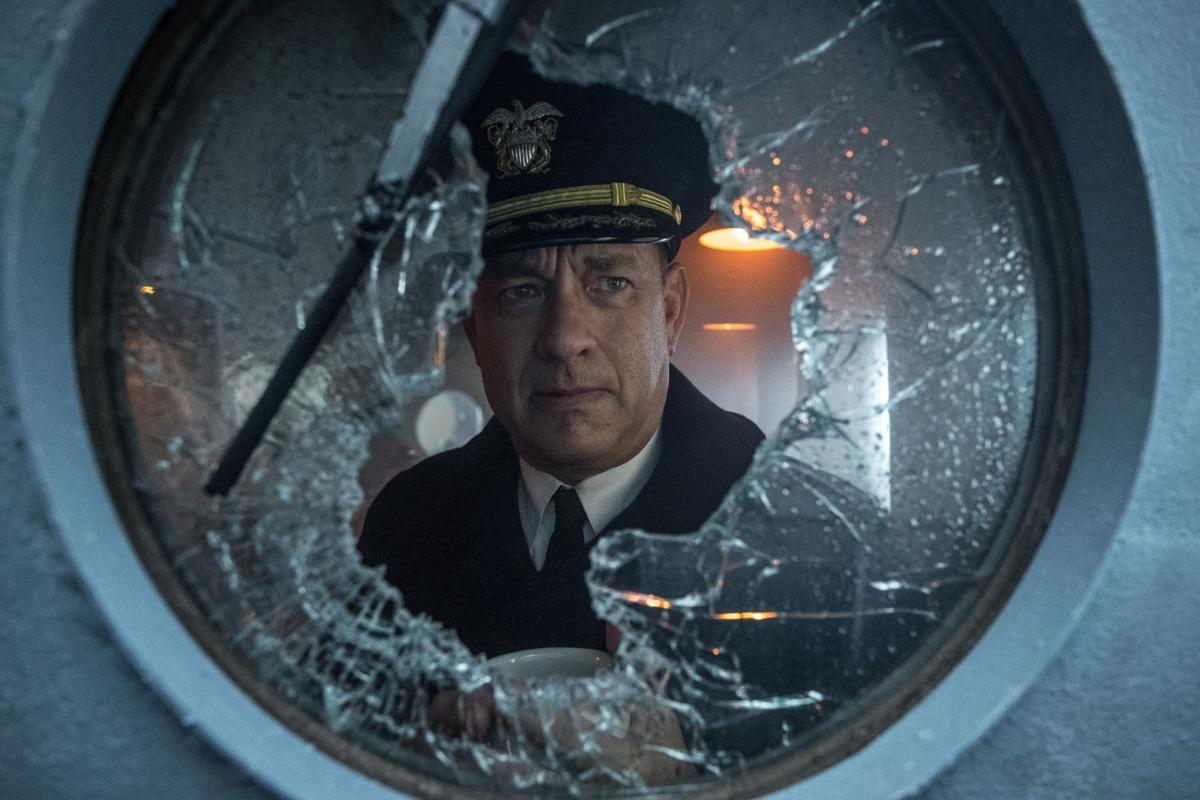 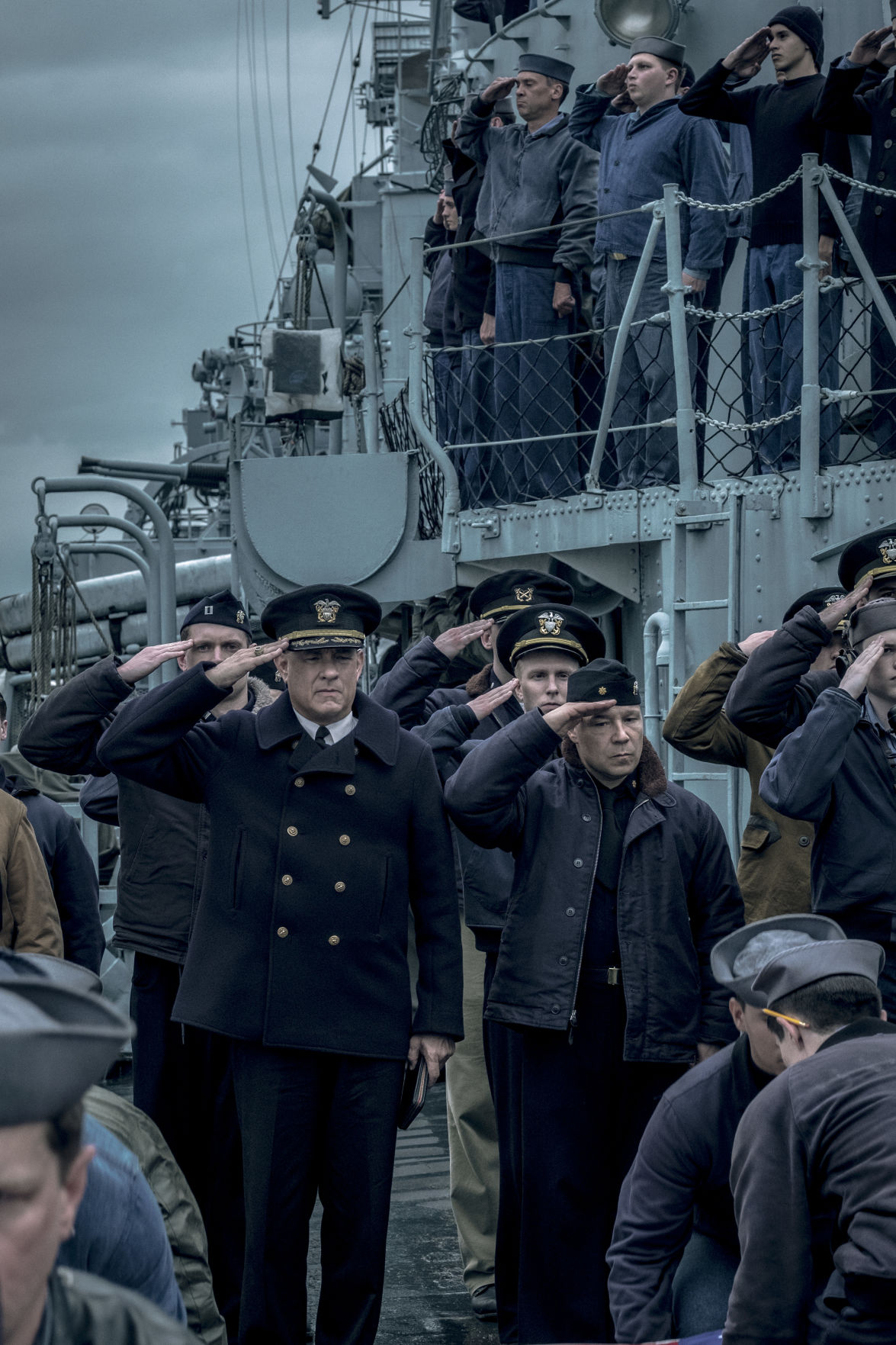 Tom Hanks, left, and Stephen Graham salute from the deck of the USS Kidd in Baton Rouge during filming for 'Greyhound.' 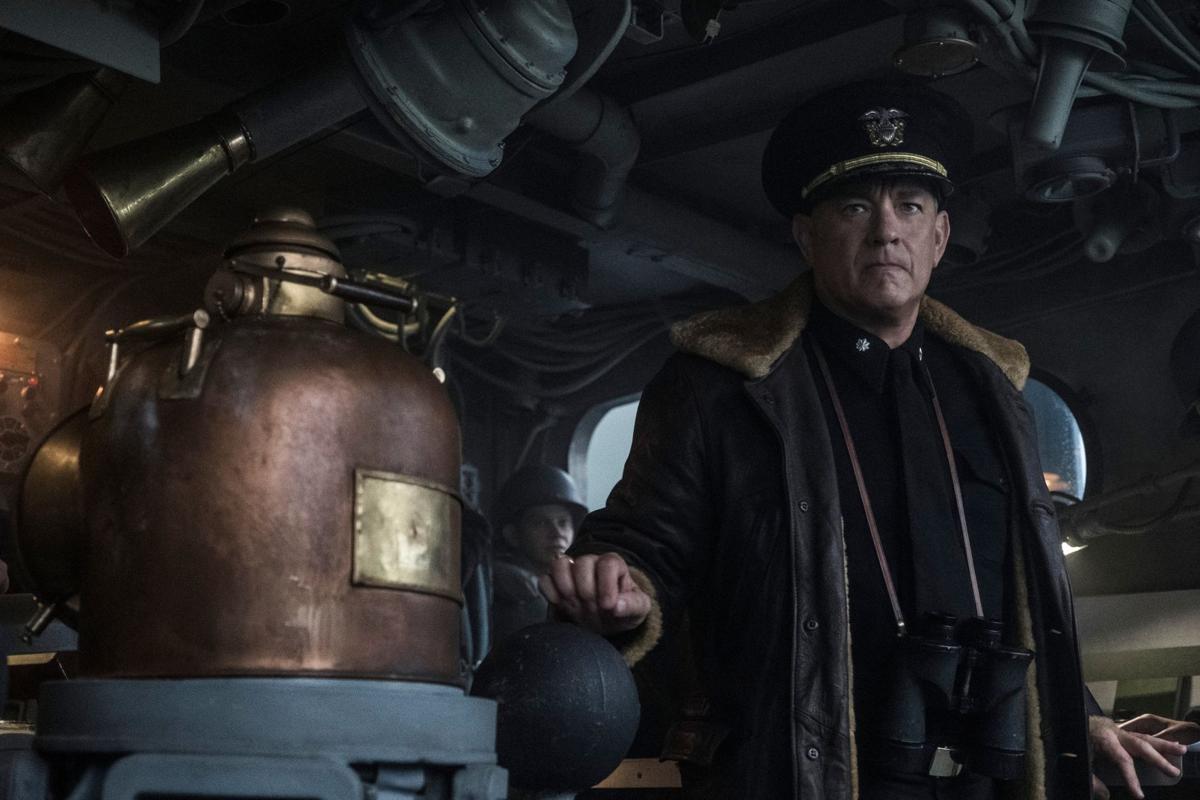 When Tom Hanks, right, wrote the screenplay for 'Greyhound,' he says he included things he wanted to see in the movie that he'd never quite seen before.

Tom Hanks, left, and Stephen Graham salute from the deck of the USS Kidd in Baton Rouge during filming for 'Greyhound.'

Tom Hanks rescued the title character of “Saving Private Ryan.” He brought himself and his fellow endangered astronauts home in “Apollo 13.” He safely landed a crippled passenger jet in “Sully.”

Hanks plays another resolute yet compassionate commander in the made-in-Baton Rouge “Greyhound.” Capt. Ernest Krause, a veteran U.S. Navy officer leading his first command during World War II, must shepherd a convoy of troop and supply ships across a U-boat-infested expanse of the Atlantic Ocean known as the Black Pit. The film debuts Friday on Apple TV+.

“Greyhound” found the perfect vessel to portray the light warship Krause commands. The USS Kidd, a restored Fletcher-class destroyer moored on the Mississippi River in Baton Rouge, stands in for the fictional destroyer codenamed Greyhound. The film also shot on sets matched to the Kidd’s bridge and deck at Celtic Studios.

The story gets underway as Allied planes, lacking the range to provide air cover for convoys throughout the entire voyage to England, wish the Greyhound Godspeed as it begins crossing the Pit. The Greyhound and three other warship escorts are left to guard the convoy from groups of German U-boats known as wolfpacks. The “Greyhound” soundtrack represents the prowling submarines with siren-like howls.

Set largely on the Greyhound bridge and deck, the film depicts the voyage from Krause’s always dutiful perspective. It’s easy to feel the weight on this past-middle-aged captain’s shoulders.

Hanks does double duty for “Greyhound.” In addition to playing the story’s leading character, the actor adapted the film’s screenplay from C.S. Forester’s 1955 novel, “The Good Shepherd.” Hanks’ adaptation of a Forester book follows earlier film and television versions of the British writer’s nautical novels, including his Horatio Hornblower series, the John Houston-directed “The African Queen” and, another World War II story, “Sink the Bismarck!”

Early in “Greyhound,” a poignant flashback features Krause and the woman he wants to marry (Elisabeth Shue) saying goodbye in a hotel lobby. Otherwise, Hanks’ screenplay, directed by Aaron Schneider, provides almost no backstory for Krause. The actor-screenwriter chose the film’s abrupt point of entry to make “Greyhound” a tautly immersive plunge into wartime peril. That it is.

A few well-shaped lines that aren’t ship lingo also illustrate Krause’s hyper-awareness of the consequences of failure. In the convoy’s darkest hour, he tells his second-in- command, Lt. Charlie Cole (Stephen Graham): “I wouldn’t need to take this risk if I’d been smarter yesterday.” The lieutenant replies: “What you did yesterday got us to today.”

Aboard the Greyhound, Krause and Cole are surrounded by overwhelmingly young faces, especially on the ship’s crowded bridge. Because more than 60 percent of enlisted men during World War II were under 25, casting boyish young men as sailors enhances the film’s authenticity. Vast seascapes — created from film footage of the North Atlantic taken specifically for the movie — further set the time and place.

Amidst crew members who sometimes look no older than high school students, Krause has no time for anything but the dangerous games of war. He also refuses to celebrate the deaths of 50 German sailors who perish during Greyhound’s first U-boat kill.

Running a compact 90 minutes, “Greyhound” combines wartime action and suspense with the captain’s and his crew’s everyman heroism. Hanks’ courageous and conscientious commander joins his splendid line of classic characters.

MPAA RATING: PG-13 (Parental guidance suggested for those under 13)

WHY IS THIS MOVIE RATED PG-13? For war-related action/violence and brief strong language

MPAA RATING: PG-13 (Parental guidance suggested for those under 13)

WHY IS THIS MOVIE RATED PG-13? For war-related action/violence and brief strong language

"Greyhound," the World War II naval thriller filmed in Baton Rouge and starring Tom Hanks, will premier July 10 on AppleTV+, according to the …