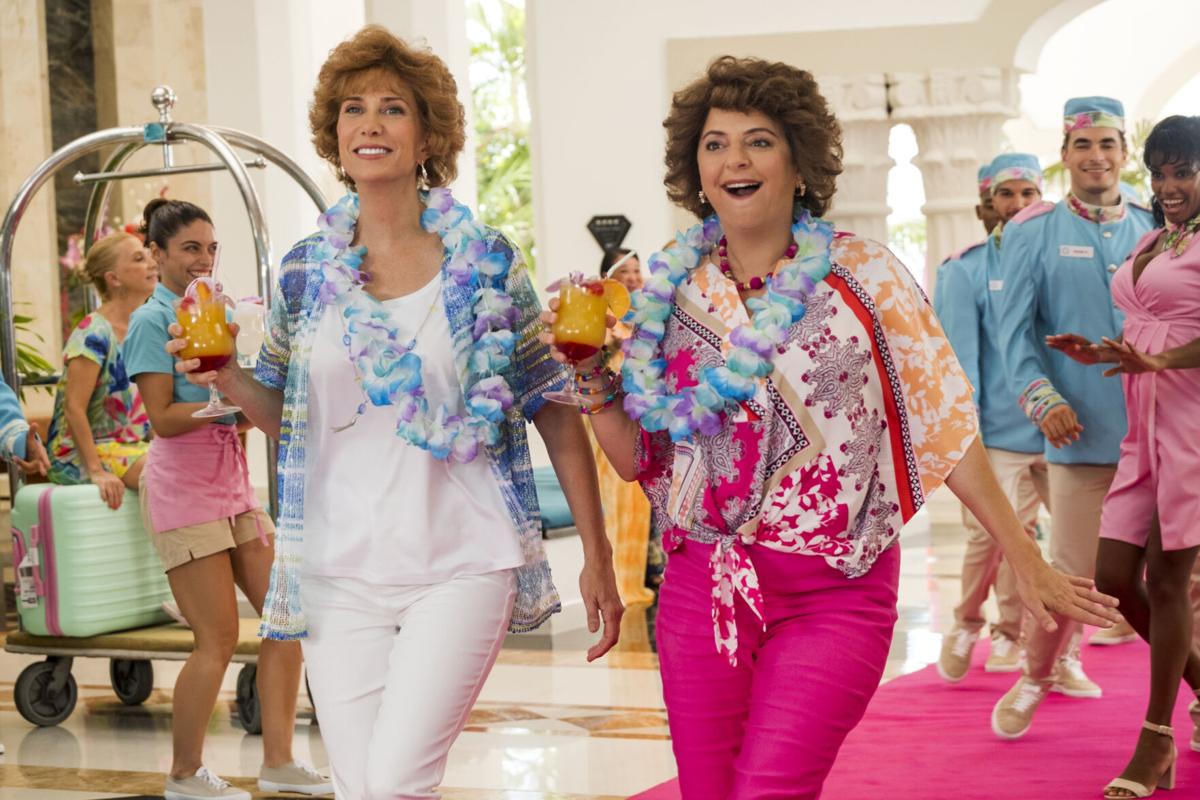 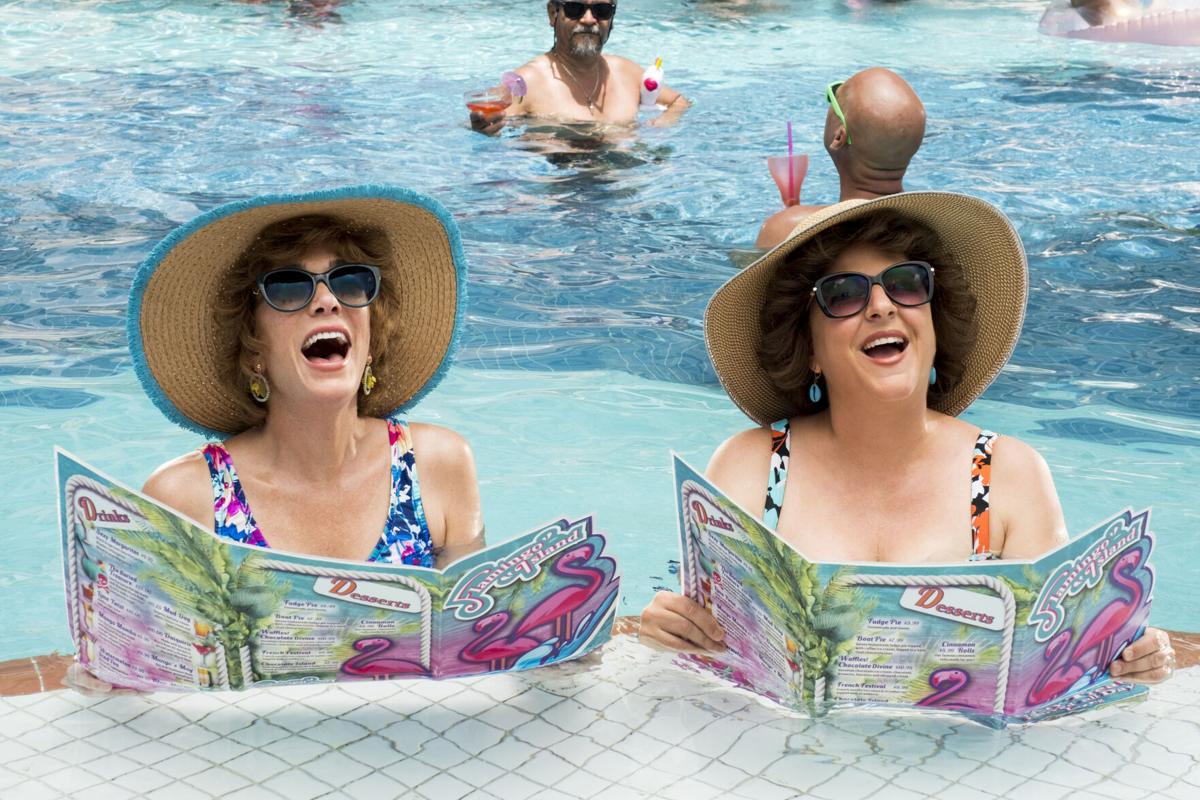 Kristen Wiig, left, and Annie Mumolo go on a liberating vacation in 'Barb and Star Go to Vista Del Mar.'

Kristen Wiig, left, and Annie Mumolo go on a liberating vacation in 'Barb and Star Go to Vista Del Mar.'

Kristen Wiig and Annie Mumulo, the Oscar-nominated screenwriters of "Bridesmaids," co-wrote and star in this comedy whose release was delayed due to the pandemic. Like other titles from 2020, "Barb & Star" is now available on-demand. It's an unceremonious release for a movie that will likely be quoted for years to come.

"Barb & Star" opens with a bait and switch, introducing its villain — a ghost-white mastermind named Sarah Gordon Fisherman (also played by Wiig). After Fisherman's devious plan is revealed, the movie shifts to the small town of Soft Rock, Nebraska, where Barb (Mumulo) and Star (Wiig) are gossiping while jamming Shania Twain's "Man! I Feel Like a Woman."

Over the next scenes, the innocuous, culotte-loving duo find themselves without their jobs at the strip mall's Jennifer Convertibles and ousted from their group of friends. Feeling inspired and restless, the women do something bold — take a vacation to Vista Del Mar, a resort-style community in Florida. For the sake of its story, of course, Barb and Star wind up in the middle of Fisherman's scheme.

At this point, that's all you should know, plotwise. "Barb & Star" is a comedy in the vein of the "Bill & Ted" trilogy, "Anchorman," "Wayne's World," "Hot Rod" and "MacGruber." Like those absurd comedies before it, the story zigzags around the comedic bits.

This is a movie that stops everything to allow Jamie Dornan (playing a henchman named Edgar) to sing a song about his hellish life to flocks of seagulls. Damon Wayans Jr. arrives as a sidekick who can't keep a secret. There are mentions of Tommy Bahama, kitschy stores that sell seashells and banana boat rides.

Some jokes are misfires. There will be people who will groan, "I don't get it," to which I would respond, "Hey, I don't get a lot of things right now — the pandemic still existing, the store across the street that resells Funko dolls, TopoChico — but I need this escape, so let me have it."

"Barb & Star" is an escapist comedy. Each scene is loaded with jokes, and the energy is undeniable. Wiig and Mumulo have created two sweet characters who, no matter the odds — be it eating hot dog soup at the talking club again or crying at the demise of their imaginary friend Trish — believe in their friendship. This is the duo's moment to shimmer.

With that direct-to-digital release, maybe we can all get past the hemming and hawing that comes with such a movie. Now, we can fast-forward to the part where we all agree that we would love to take another trip with Barb and Star.

MPAA RATING: PG-13 (Parents strongly cautioned). Some material may be inappropriate for children under 13.

WHY IS THIS MOVIE RATED PG-13? For crude sexual content, drug use and some strong language

MPAA RATING: PG-13 (Parents strongly cautioned) Some material may be inappropriate for children under 13.

WHY IS THIS MOVIE RATED PG-13? For crude sexual content, drug use and some strong language

Denzel Washington is one of the finest actors working today because he brings something new to each performance. Each film he stars in — even …