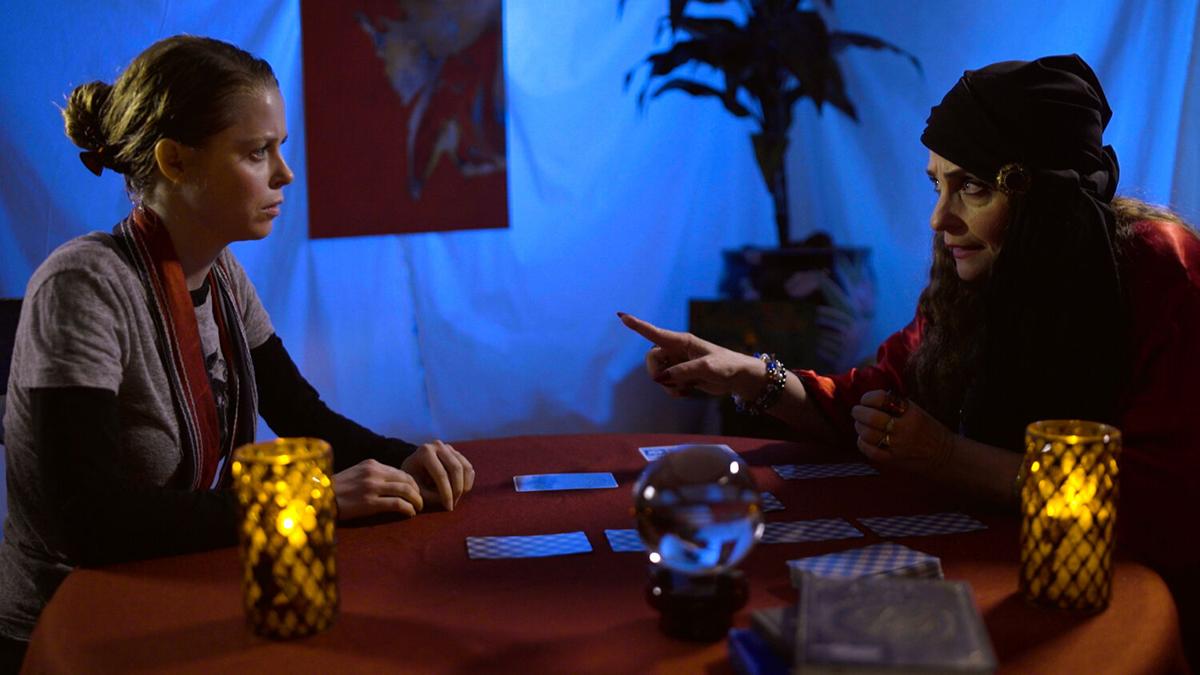 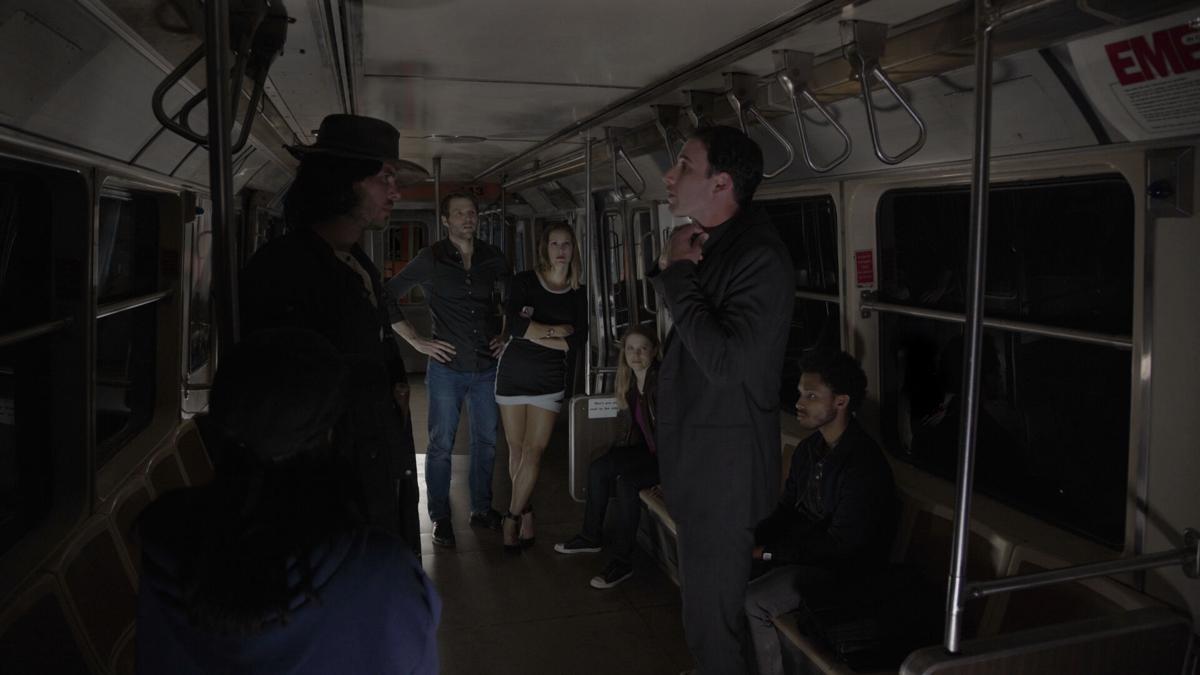 Six strangers are stranded on a subway car with a supernatural slayer named Mac in 'The Hunter's Anthology,' which debuts Friday on Amazon Prime.

Six strangers are stranded on a subway car with a supernatural slayer named Mac in 'The Hunter's Anthology,' which debuts Friday on Amazon Prime.

Janna Bossier loves a good whodunit and now she's starring in one.

The Baton Rouge native tackles the role of Tabitha in Amazon Prime Video's new, five-episode supernatural mystery series, "The Hunter's Anthology," which debuts Friday. Tabitha is among six passengers stranded on a New York subway car. And, one of those onboard is a demon.

"I love thrillers. I love suspense. I love things that you have to do some detective work, like Agatha Christie," said Bossier from Los Angeles, where she's lived for several years. "I think this is kind of a classic whodunit, so that's one thing that I really loved about this script."

In "The Hunter's Anthology," a supernatural slayer named Mac (Taylor August) steps up to sniff out the demon before it's too late. To accomplish this, Mac delves into each of the passengers' souls. First up: Tabitha.

"Her story revolves around a late-night encounter with a fortune teller," said Bossier, 41. "She's very smart, she's very cunning, and I like that she has a strong will and a clear intention and a moral compass about what is right and what is wrong. And if she thinks something is wrong, she's going to do something about it."

"The Hunter's Anthology," a Smithline Films production written and directed by Robert Smithline, was filmed over four years in New York. Bossier shot the episode featuring her character's story four years ago, and two years ago returned to shoot the subway car scenes with the rest of the cast, which includes Eric Colton, Cole Taylor, Olev Aleksander, Kristy Kloetingh and Sara Lopez.

"It was on a subway train in Franklin, New York, in summer. The air conditioner was broken, so I think it was like 116 degrees inside that subway car," she said. "We were basically melting, but that's definitely a way to bond with cast, you know?"

Like Tabitha, Bossier said she does dabble in the fortune-telling experience.

"I have a bunch of different cards, most of them are like angel cards, but I do have a tarot card, so I was actually in my audition using my own card," she said. "And it's just this fun thing that I'll do with like a bunch of girlfriends. We'll open a bottle of wine, light some candles."

Making the series was "just a fun, exciting, amazing time," Bossier said. "And I'm so proud of it, so proud of all the actors that I got to work with, and hopefully it's well-received."

Born and raised in Baton Rouge, Bossier moved to New York three days after graduating from Woodlawn High School in 1998. She caught the acting bug at age 8.

"Our third grade student teacher talked about the (Alfred) Hitchcock film 'Rear Window,' so a friend and I rented the movie that weekend and had a sleepover and watched it," she said. "When Grace Kelly came on the screen, I thought she was the most beautiful woman I'd ever seen and I said, 'I want to do this.'

"It's just classic Hitchcock. And I love that Grace Kelly was the heroine because she was going across into the apartment, she was the one really doing the legwork because Jimmy Stewart was in the wheelchair."

Bossier used money earned cleaning her grandparents' house each weekend to help pay for acting classes in New York each summer during high school. She spent that first year after high school in New York before moving to Los Angeles at the recommendation of her agent. She's been there since and continues taking acting classes.

"I think it's important to constantly nurture your craft," Bossier said.

"The second one, I was out in the middle of a field, and they were doing harness and wirework, and flying me up 100 feet in the air, and they had these huge fans that blew 45 mph winds on the back of all these trucks," Bossier said. "So, my hair looked like dirty cotton candy, and I think I washed it seven times to get it back to like a normal texture.

"But it was a really cool experience. What's so funny about those videos is — and I did them such a long time ago (2004) — I still to this day get messages on social media from fans of this band, finding out I was in these videos and how much they mean to them, and how cool they are, so I think it's one of my jobs that's most well-known."

"No social institution in the Black community is more central and important than the Black church,” says Henry Louis Gates Jr.