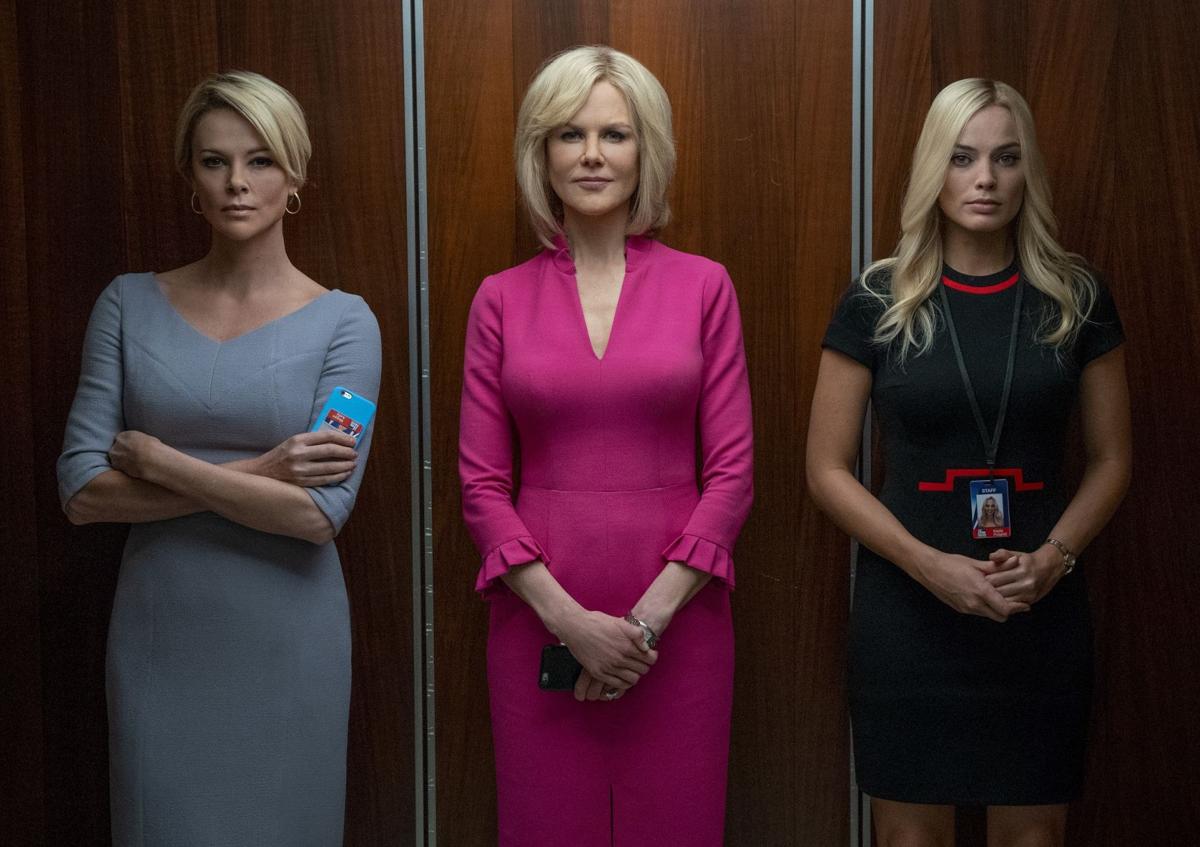 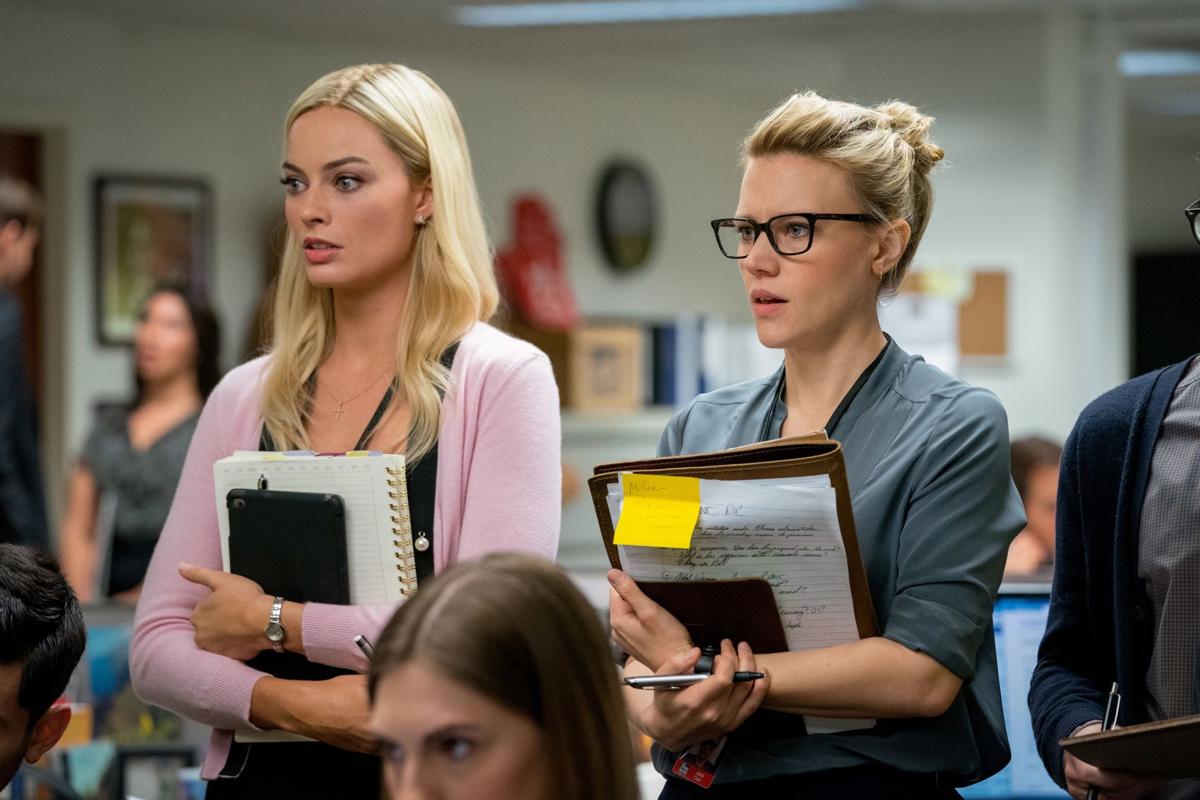 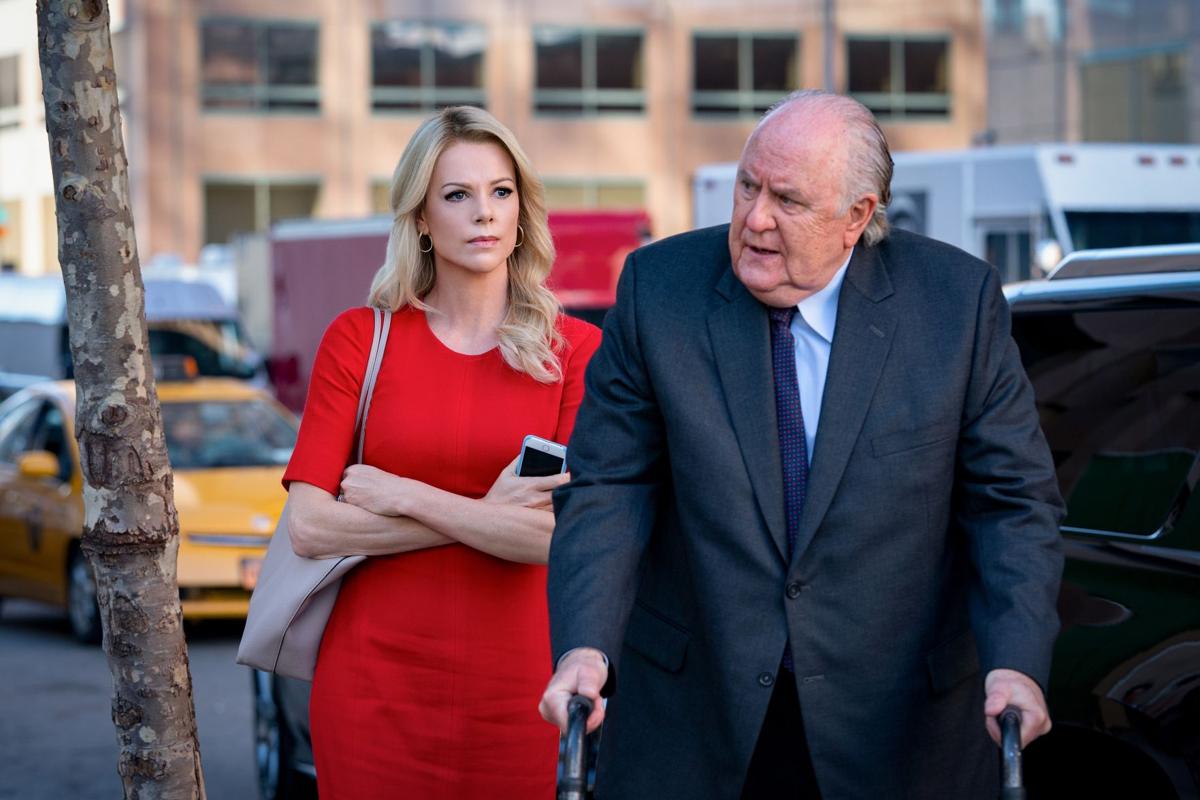 One of them is dramatizing Fox News founder and CEO Roger Ailes’ fall from power following a wave of sexual abuse allegations. While that subject alone is enough material for a movie, “Bombshell” also recounts the 2015 Twitter and broadcast war then-presidential candidate Donald Trump waged against Fox News star Megyn Kelly. And, at the edges of its big stories, the movie makes satirical jabs at the network’s ratings-winning, right-wing spin on news.

In a detailed, sometimes fictionalized film featuring many characters, Theron’s Kelly occupies the spotlight more than Lithgow’s Ailes. Wearing a form-fitting red, white and blue dress, she opens the film with a breezy tour of the network’s New York City offices. This chipper overview serves as misdirection.

In 2015, before the first Republican presidential primary debate, Kelly unknowingly sets her fall from Fox in motion by deciding to confront Trump about his comments about women. Kelly’s fictional producer (Rob Delaney) questions the choice.

“Look, all Trump does is watch Fox News,” he says. “Roger gave him air for his crazy theories and idiot grievances. Why? Because Roger shares a lot of them.”

“Only Rosie O’Donnell,” Trump quips. Kelly clarifies, “it was well beyond Rosie O’Donnell.” “Yes, I’m sure it was,” Trump admits. “You once told a contestant on ‘Celebrity Apprentice,’ ” Kelly continues, “it would be a pretty picture to see her on her knees. Does that sound to you like the temperament of a man we should have as president?”

At 3:40 a.m. the following day, Trump launches a Tweetstorm against Kelly. He later says, “You could see that there was blood coming out of her eyes. Blood out of — her wherever.”

Much of Roach’s career has been in comedy (“Austin Powers: International Man of Mystery,” “Meet the Parents” and the full-tilt political satire “The Campaign”). His history may explain why he’s miscast “Bombshell” as a comedy.

But “Bombshell’s" satire and depiction of the real evil of sexual abuse don’t jell. Even its strongest dramatic scenes are muddled by the surrounding screwball comedy atmosphere. The film is also a classic example of doing too little with too much. Its subjects are more suited to a multi-part series, such as Showtime’s recent seven-part biopic about Ailes, “The Loudest Voice.” Meanwhile, the classic stand-alone films “All the King’s Men” and “A Face in the Crowd” succeed by narrowing their focus to megalomaniacs in high places. “Bombshell’s” too wide net doesn’t paint a satisfying picture of anything.

MPAA RATING: Rated R for sexual material and language throughout.

MPAA RATING: Rated R for sexual material and language throughout.