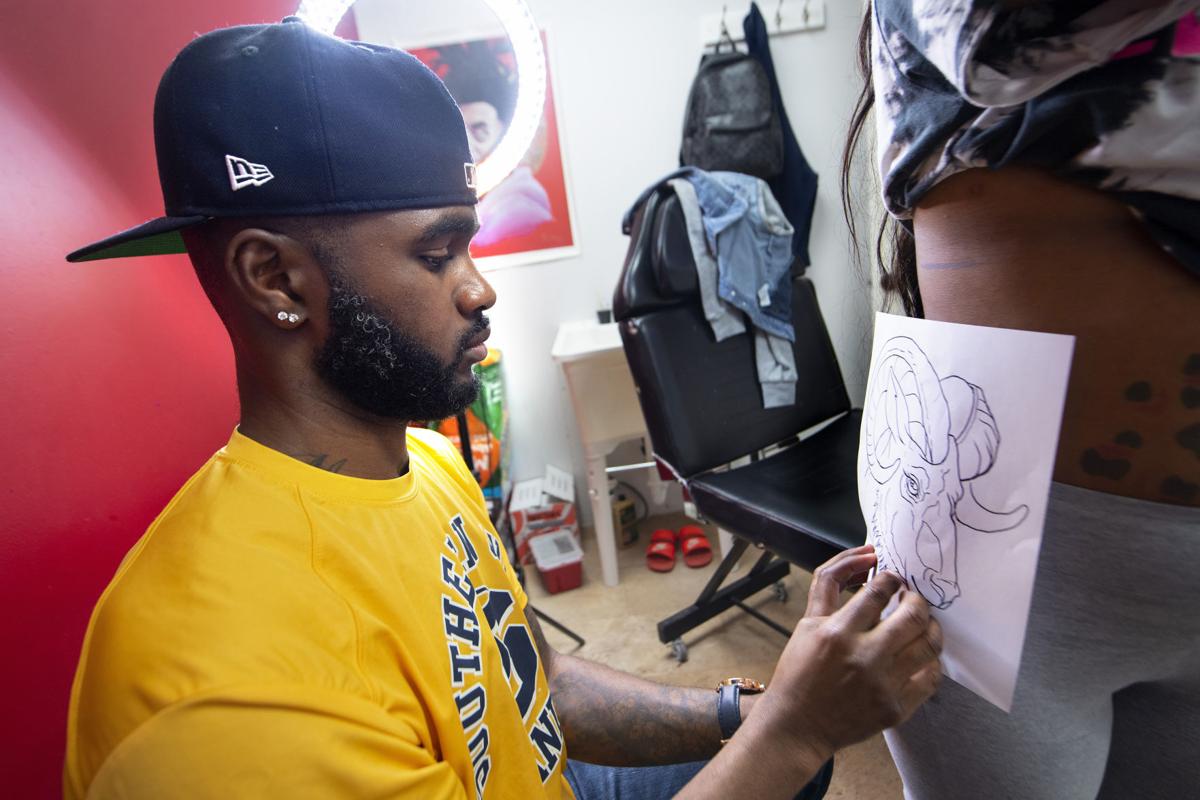 Tattoo artist 'Money' Mike Thornton, who's on the new season of the reality competition series 'Ink Master,' checks how a tattoo will fit on the hip of client Dineisha Robvais. 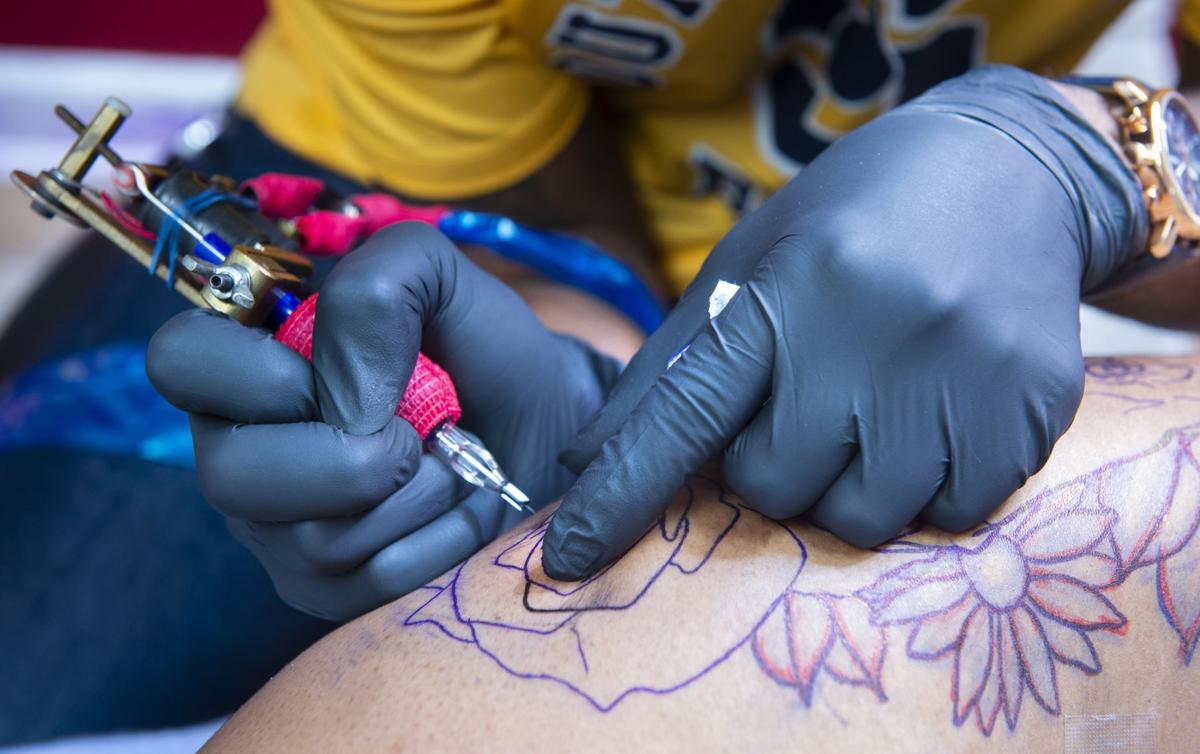 Tattoo artist 'Money' Mike Thornton, who's on the new season of the reality competition series 'Ink Master,' checks how a tattoo will fit on the hip of client Dineisha Robvais.

The fourth episode of Paramount's "Ink Master" airs Tuesday night at 9, and Baton Rouge artist 'Money Mike' Thornton is still in the game.

It was touch and go on last week's episode, as 32-year-old Thornton landed in the bottom two on the reality competition series with his American traditional full-bodied fairy tattoo.

"It feels like a vice grip is on my head," Thornton said near the end of the six-hour face-off challenge, referencing the mounting pressure as the tests get trickier, the $100,000 top prize still up for grabs.

'Ink Master': Baton Rouge's 'Money Mike' Thornton is up for Round 3

The arms were not growing from right place, Navarro explained. Judge Oliver Peck agreed there were problems with the twisted-looking body of the fairy or pin-up girl.

Earlier in the episode, the four teams — representing their South, West, East and Midwest regions — were challenged with creating a single tattoo on a single canvas in six hours, with as many or as few team members tattooing as they chose.

"Having this many different cooks in the kitchen could either be the amazing meal of a lifetime or it could be the worst thing you've ever tasted," judge Chris Nuñez cautioned at the outset.

The judges liked Team South's cartoonish, glossy penguin drinking a cup of steaming coffee, with an igloo and bright orange sun in background.

The second round of the day was a tag team tattoo. Each team would produce one tattoo on one canvas again, but two artists must tattoo at the same time throughout the six hours, switching artists every hour.

Thornton's team designed a ruffled dress inside a triangle, an umbrella hovering, blue raindrops falling, inked in lots of gray and black, along with red accents.

But it wasn't enough to keep Team South from having to compete in that final round, fairy time.

Sixteen artists remain in the contest. The latest Team South loss leaves them with three members.