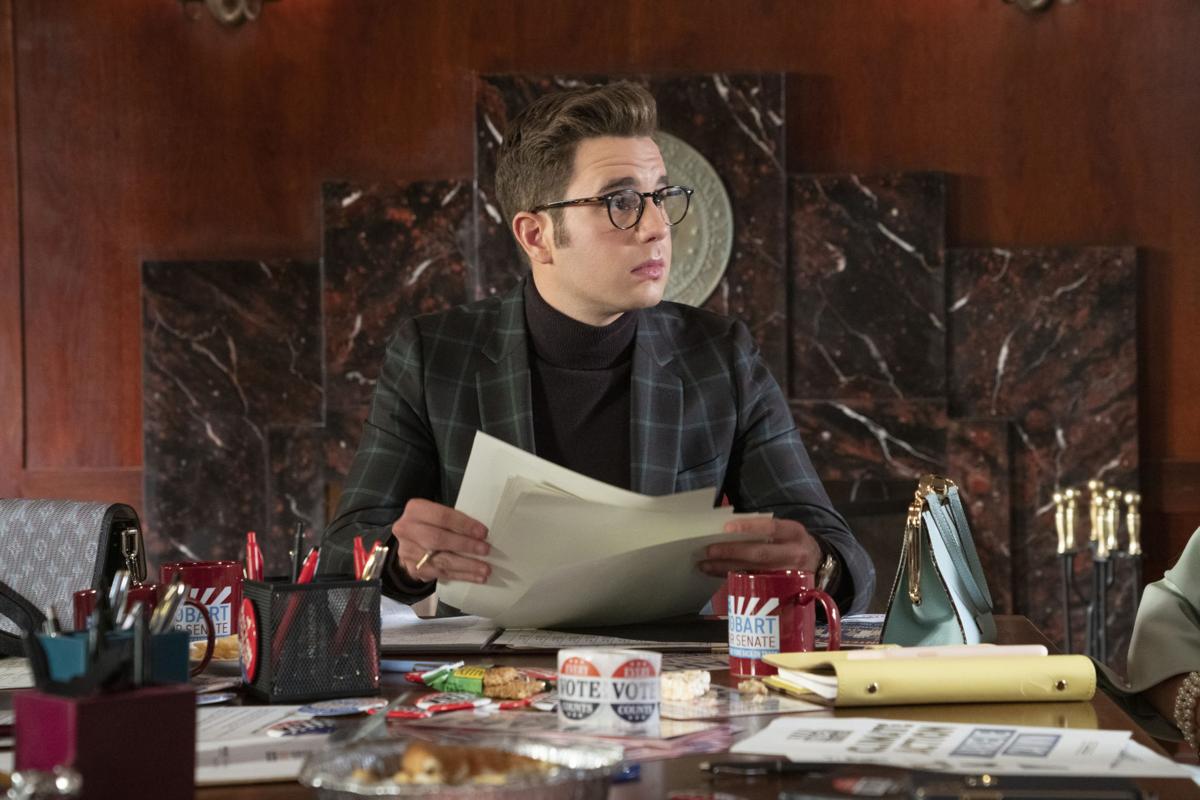 Payton Hobart (Ben Platt) is on a mission: He wants to be president of the United States. But first, he has to become class president in Netflix's 'The Politician.' 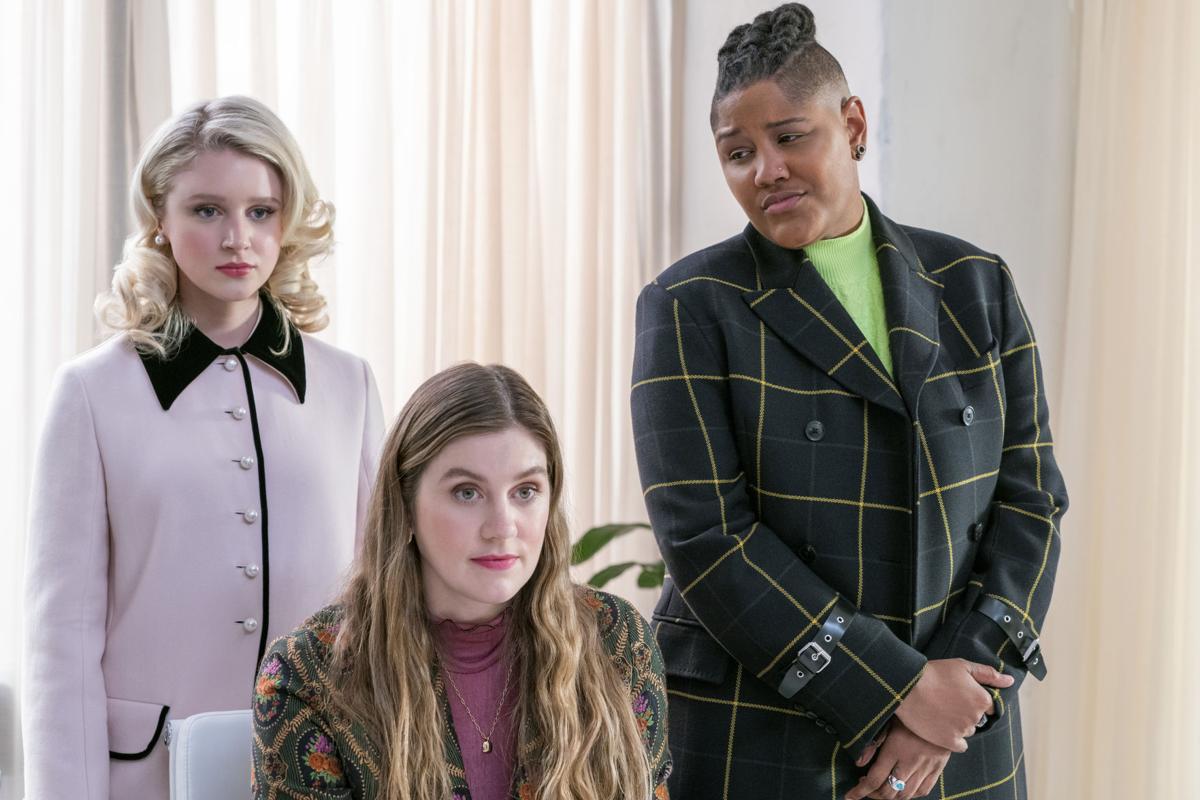 Julia Schlaepfer is Alice, from left, Laura Dreyfuss plays McAfee and Rahne Jones is Skye in 'The Politician.'

Payton Hobart (Ben Platt) is on a mission: He wants to be president of the United States. But first, he has to become class president in Netflix's 'The Politician.'

Julia Schlaepfer is Alice, from left, Laura Dreyfuss plays McAfee and Rahne Jones is Skye in 'The Politician.'

At its most basic, Netflix’s “The Politician” is about a rich student, Payton Hobart (Ben Platt), running for class president at his well-to-do high school.

Payton wants to be the real president one day, and this is part of his plan to do that. Running for class president is much more work than I remember it being when I was in high school: Payton has more than one adviser feeding him the latest polling data about his electability and running the numbers on the best candidate for his vice president.

At every turn, Payton has to deal with a new crisis: his nemesis is running against him, his vice president might be faking her cancer diagnosis, his adoptive father is in a coma and his older brothers are trying to force him and his mother (Gwyneth Paltrow) out of the house. It’s a lot for Payton to deal with, especially since he struggles to connect with his emotions and wrangles with his own moral code (and whether he has one at all).

“The Politician” plays with so many elements, themes and genres, it’s a delight to see it all come together. This shouldn’t be a surprise, given that Ian Brennan, Brad Falchuk and Ryan Murphy are the creators — collectively, they’ve been behind “Glee,” “American Horror Story,” “Scream Queens” and “Pose.”

Platt, who won a Tony for his starring role in Broadway’s “Dear Evan Hansen,” gives a beautiful rendition of “River” in the second episode. I would have been disappointed if something like that didn’t happen, given the background of the creators and Platt himself.

The cast is stellar . Platt is at his strongest when Payton’s emotions are at their highest; there’s a tirade about his love for Geronimo in the second season that is masterful. “American Horror Story” alum Jessica Lange plays Infinity’s manipulative grandmother (the storyline here is a clear play off the real-life DeeDee and Gypsy Rose Blanchard, which was a case of Munchausen by proxy that ended in homicide). Veteran actress Bette Midler is introduced in the last episode of the first season, and she’s a revelation alongside Judith Light. The two have incredible chemistry as chief of staff Hadassah Gold (Midler) and state Sen. Dede Standish (Light) that makes their scenes some of the strongest. Paltrow pulls off a performance that's playfully based off herself, in all her Goop-y glory.

I would be remiss if I didn’t point out the representation in casting and within the show. Andrew has cerebral palsy, as does actor Ryan J. Haddad who portrays him. It’s an introduction to his character (Payton is looking for a “diversity” VP candidate, after all) but it’s not the character’s defining characteristic. The actor who plays Payton’s hardball adviser, James, is nonbinary. Platt is openly gay. The principal of the school is a deaf Black woman; the VP candidate of Payton’s rival is a nonbinary Black woman. Light’s Standish is in a bisexual throuple. All of this representation is great and it’s important.

“The Politician” reveals the reality behind politics, starting at the micro-level of high school and into a larger platform when Payton runs for New York state senate in the second season: the compromises made by candidates, by their friends and family; the ego and self-indulgence that goes into a career in politics; the ruthlessness necessary to win; the political divide between generations, to name a few. It does all this in a way that feels authentic. In fact, the best episode that encapsulates all this is “The Voters.” The second-season installment follows a mother and daughter on Election Day, where both learn truths about their chosen candidate.

“The Politician” is part political thriller, part musical, part upstairs-downstairs intrigue, part medical drama; it’s a little bit of quite a lot. It’s satire at its best, and it’s worth watching. I certainly had a hard time stopping.

This isn’t one of those shows where you can skip around. Besides, it’s only 15 episodes total between the two seasons, with episode lengths around the 40-minute mark.

Available on: Season 1 and Season 2 are on Netflix

Binge this: ‘The Umbrella Academy’ a bizarre, fantastical ride

As I was working on my original binge idea for August, Netflix came at me with the release of the second season of “The Umbrella Academy,” and…