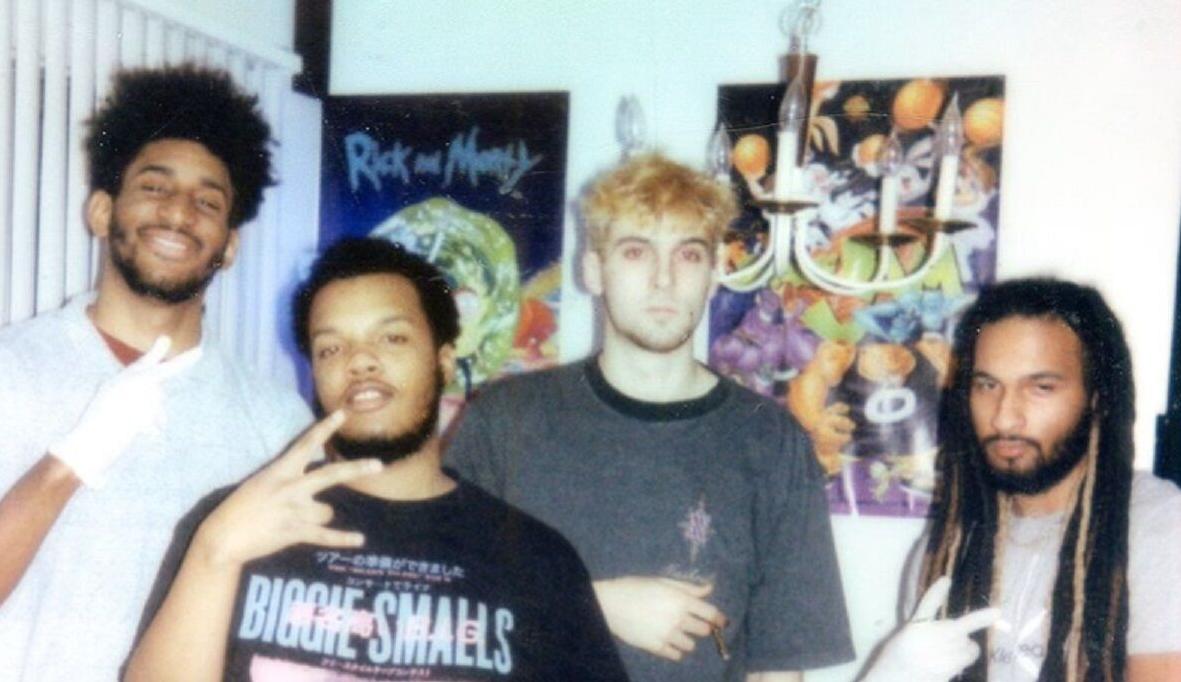 Gathered at filming for 'We The Future' are, from left, KC Simms, director; rap artist Jose Xavier; Matthew VanWinkle, producer and lead singer for the band Loosers Weepers; and Maison Harris, director. 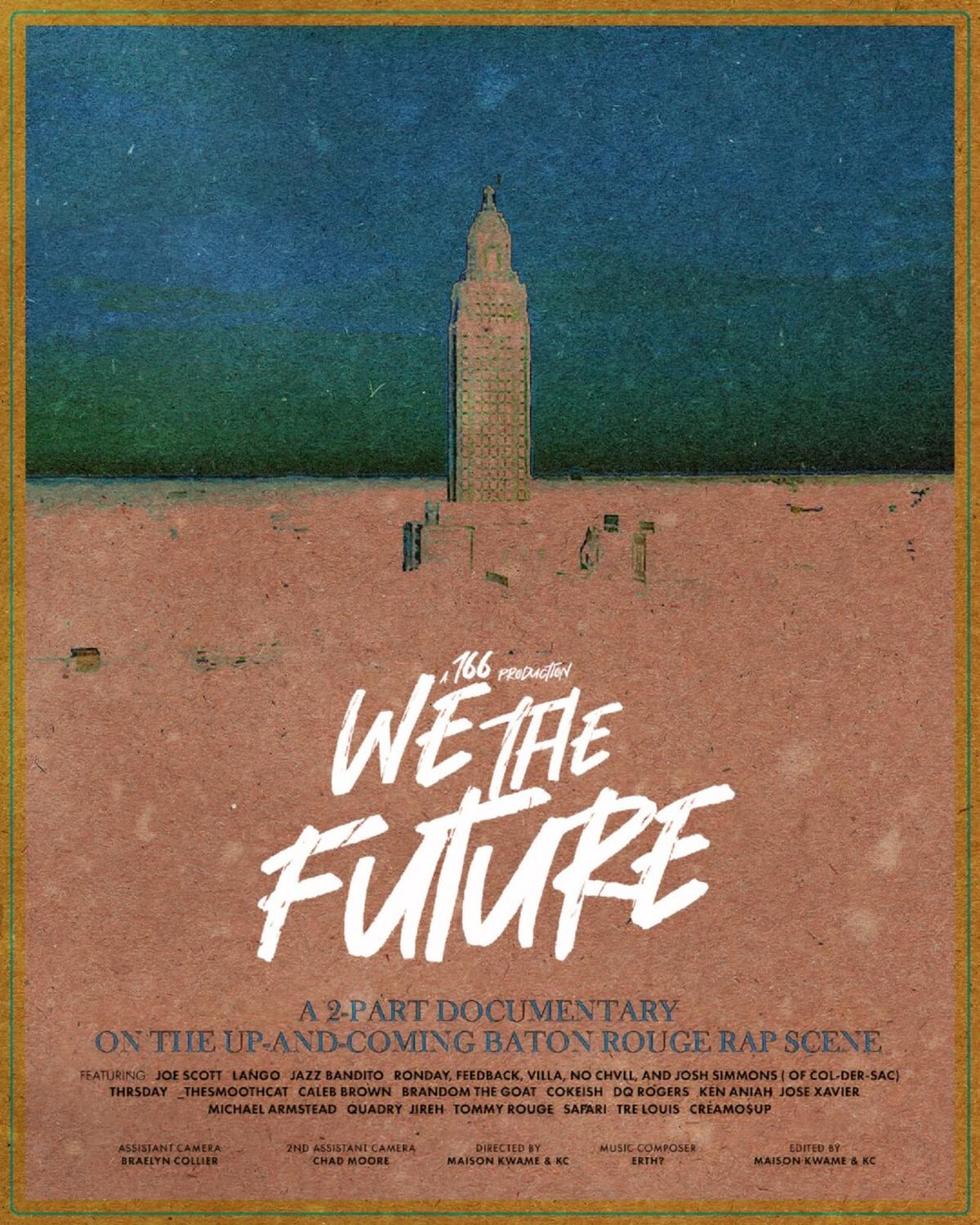 A poster promotes 166 Productions' latest project, the documentary 'We The Future!'. 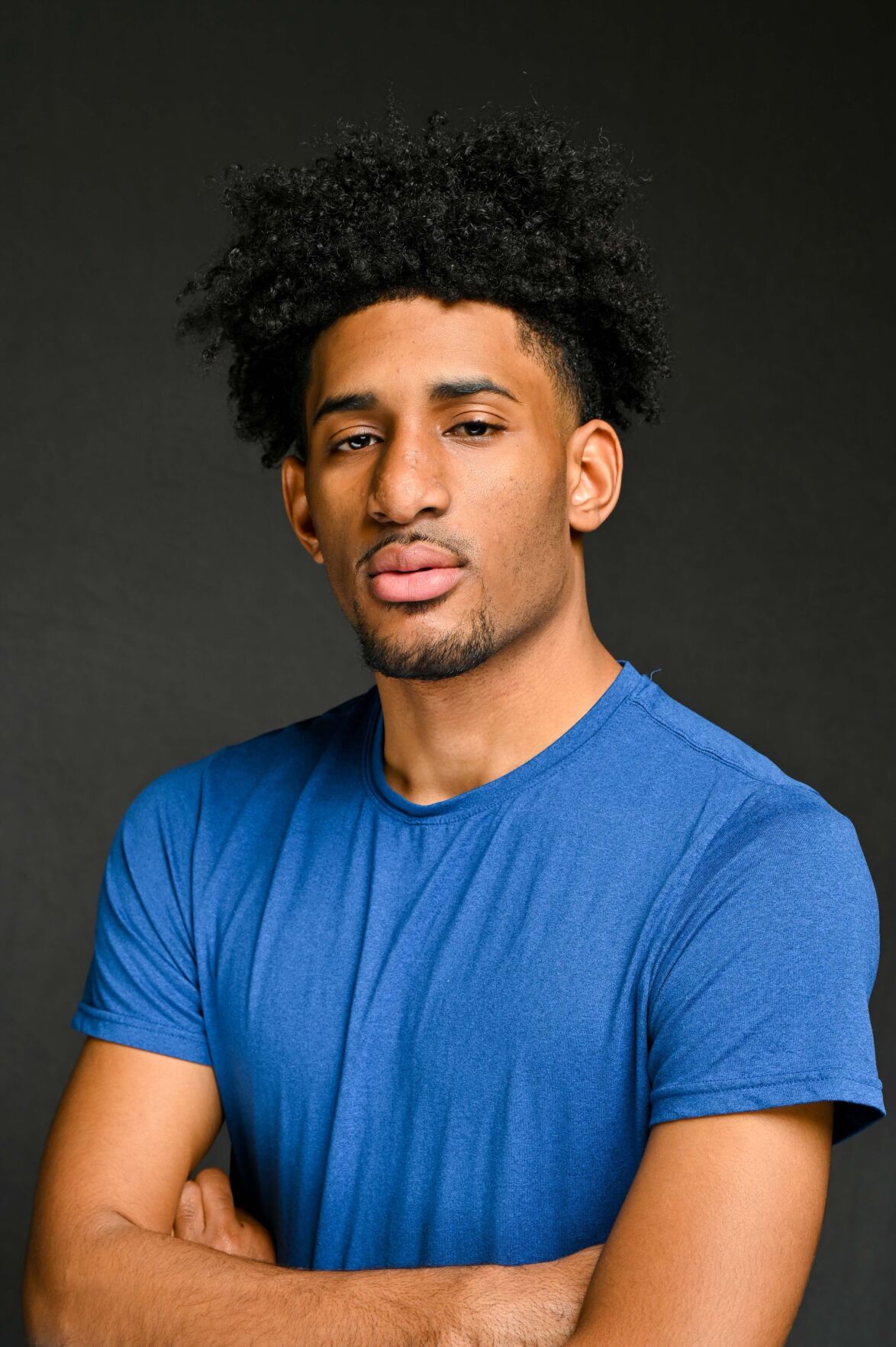 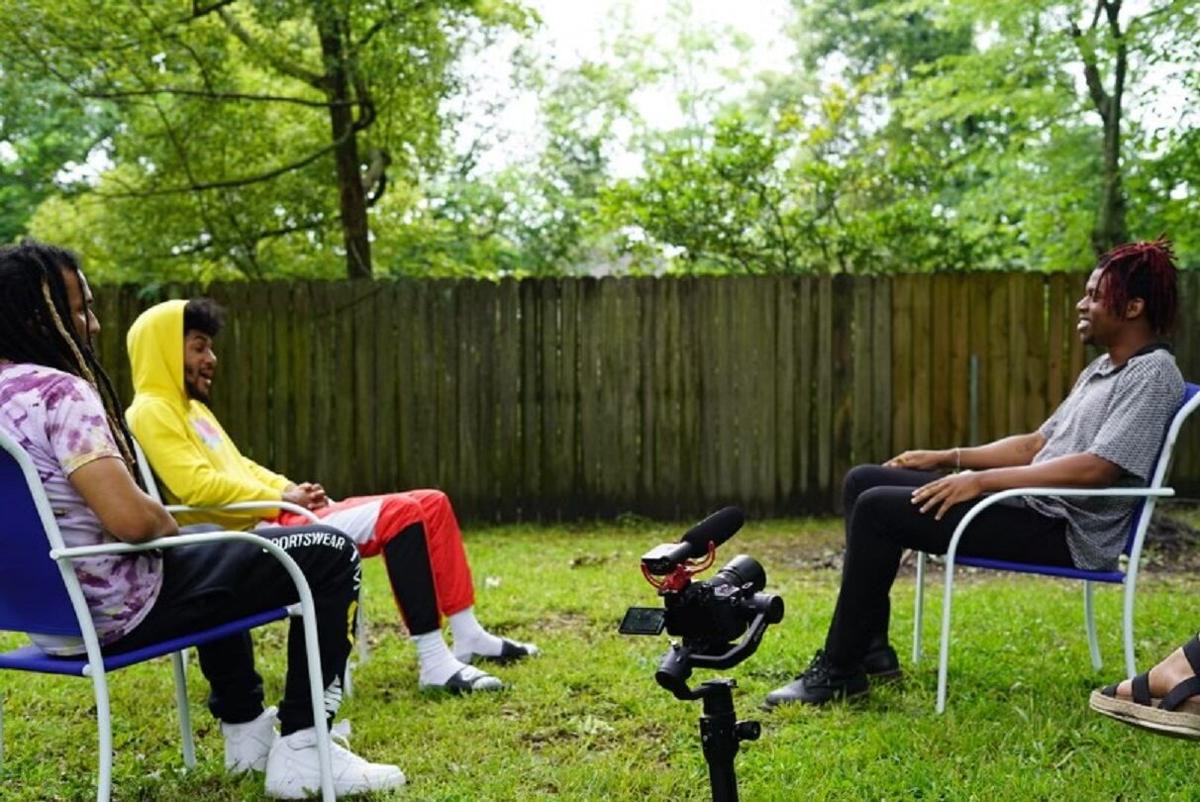 Gathered at filming for 'We The Future' are, from left, KC Simms, director; rap artist Jose Xavier; Matthew VanWinkle, producer and lead singer for the band Loosers Weepers; and Maison Harris, director.

A poster promotes 166 Productions' latest project, the documentary 'We The Future!'.

KC Simms and Maison Harris will watch their documentary "We The Future!" on the Media Beacon in North Boulevard Town Square next week.

It's another first for the budding Baton Rouge filmmakers following the release of their inaugural short film in 2020, and that initial party footage they turned into a music video in 2017.

'We The Future!' documentary will debut downtown next week

Directors Simms, Harris and their partners in 166 Productions want the public to join them at the free downtown premiere screening at 7:30 p.m. Thursday, July 22, with remarks before and after the 60-minute film.

"We The Future!'s" specific focus is the rap music scene in Baton Rouge, but 22-year-old Simms hopes audiences take away much more than that.

Simms said Harris had always wanted to make a documentary.

"I think both of us, being Black men, we wanted to probably do a project that would speak a little bit closer to that," Simms said.

Shooting for "We The Future!" happened May-August 2020.

"Yes, they're rap artists, but a lot (of them) cross genres. It's a very multi-layered cast," Simms said.

"Honestly, the pandemic happening, as bad as it was, it allowed us to actually really tackle the documentary," Simms explained. "Every artist that we planned on interviewing, because of lockdowns, was basically in their houses at the moment. The pandemic kind of put everybody on one schedule."

In addition, with the guys' college classes being done remotely they had more time to devote to the project.

Also integral to "We The Future!" and 166 Productions are Braelyn Collier, assistant cameraman; and Kirkland Sheppard, music supervisor.

Simms classifies Sheppard as a genius.

"He's been producing beats for artists for a long time," he said. "He has a really unique sound with his beats."

Taking the necessary coronavirus precautions, the team managed to film in-person, but distanced sessions with all the artists. Polaroid photos of each performer are popping up on social media to promote "WTF!" (Yes, they went there, but cleverly.)

The artists' relationship with the city, themselves as artists, the artistic process, their inspirations — it's all covered in "We The Future!".

When a few of the interviewees were interested in recording on two or three beats that Sheppard offered, the crew filmed the process start-to-finish, screw-ups and all.

"I really think that's good footage because some people think that if you're an artist you just jump on the track and everything just comes out, but I believe that's not the case at all," Simms said. "This was a learning experience for me, too.

"It's a process of trial and error. … You have to be dedicated to it."

Likewise, Simms and Harris, recent graduates of the University of New Orleans, have been dedicated to honing their filmmaking talent since their days at McKinley Senior High School. Simms, with a degree in film and television, wants to continue in the acting direction as well.

At UNO, the friends' first dorm room number was 166 (thus the production company's name). Inside 166, the bored students took video they shot at a party, edited it, and added song to the scenes. That one was just for fun.

Inspired, they dove into a bigger project, the short film "Do You Love Me?". There was a release party in February 2020 for the finished product.

The team entered "Do You Love Me?" in film festivals, reaching the semi-finals in a couple of competitions, and eventually taking the best student film win at the 14th UNO Film Festival in May.

"'Do You Love Me?' was a really special piece in our hearts," Simms said.

"That was a really interesting shoot. We were on this journey of just going bigger with the ideas we were having," he said. "… So we had our own experiences in the different relationships that we've been in and so we kind of just put both of those experiences together and made our own set with stories and went on our own different paths within the framework of the film.

"It's a kind of abstract piece because we just kind of put our own individual ideas into it and I think that's what resonated with a lot of the film festivals was because it was just so different and experimental."

Like that film, they'll be testing "We The Future!" on the film festival circuit, making it available on YouTube, and possibly debuting the documentary in a theater.

"We show a final product that's really amazing," Simms said with an air of confidence.

He also sees the project as reflective of the changing attitudes toward and within a city "full of interesting people who have been able to, in the worst of conditions, still make good art and produce good art.

"We need opportunities like this documentary. I believe we are on the cusp of something really great."

From 'The Bachelorette' to the Opry: Laine Hardy will make debut on iconic Nashville stage Aug. 28