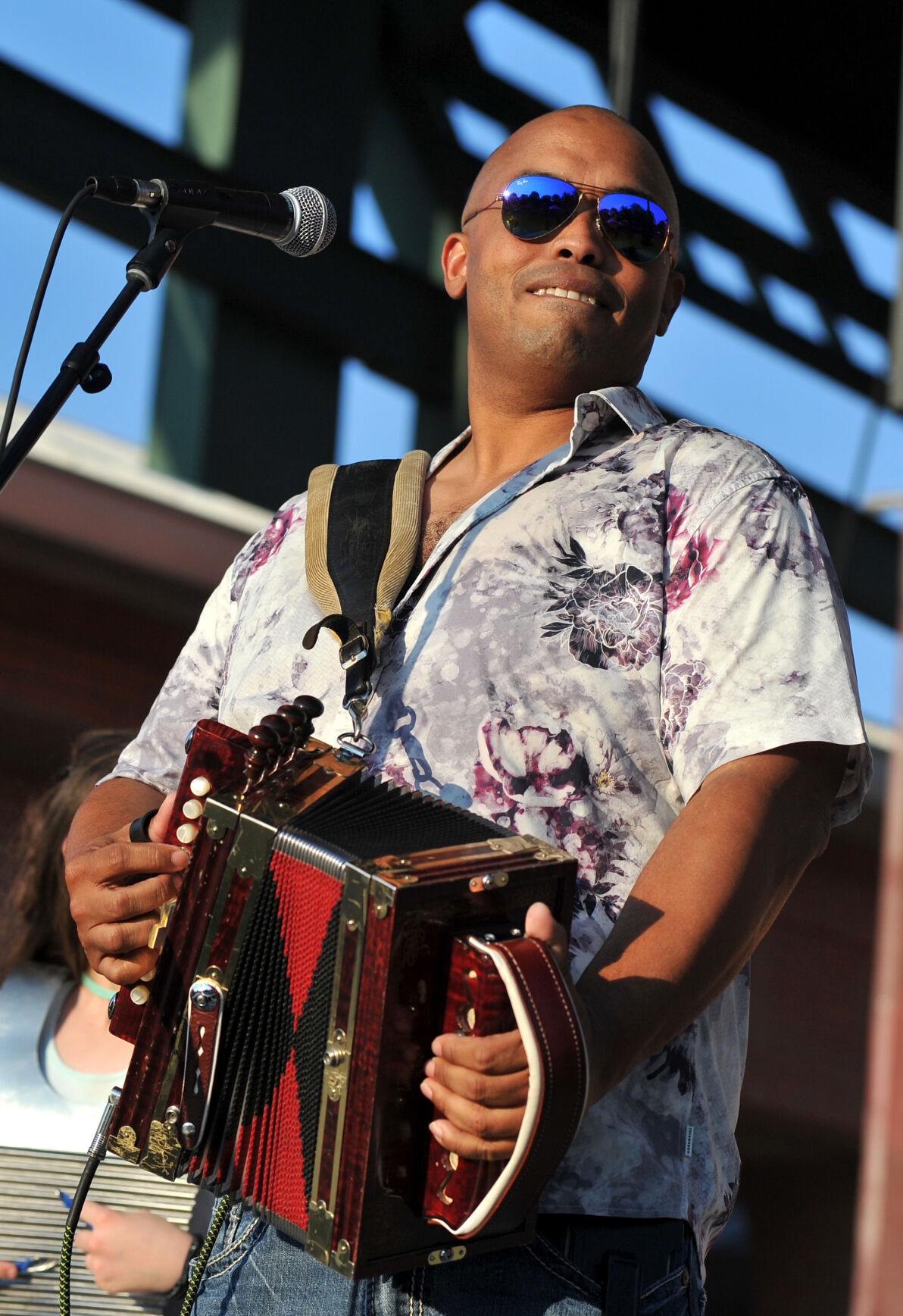 Corey Ledet (and His Zydeco Band) kick off the fall season of Downtown Alive in September 2019 in Lafayette. 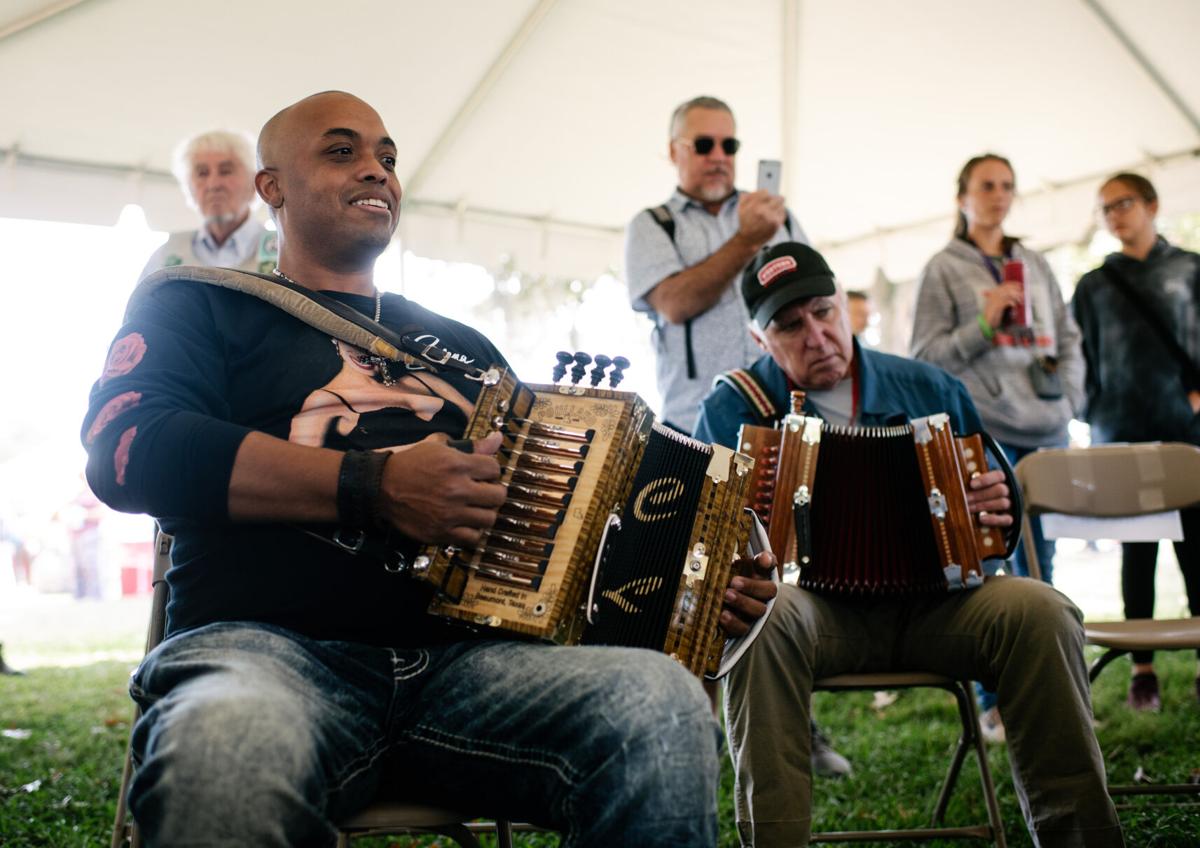 Corey Ledet (and His Zydeco Band) kick off the fall season of Downtown Alive in September 2019 in Lafayette.

“Today, the lilting fiddle-, accordion- and triangle-based music is enjoyed by fans around the world. But since the pandemic struck, the vast majority of live music venues in Cajun country have fallen silent. … Hundreds of musicians who play Cajun and its bluesy Black cousin, zydeco, are hurting.”

In November, zydeco musician Corey Ledet was among the southwest Louisiana musicians featured in John Burnett's NPR story about the coronavirus pandemic’s impact on Cajun and zydeco music.

As the pandemic spikes ever higher, the economic stress on musicians who perform for a living continues.

“I’ve never seen anything like this in my life,” the St. Martin Parish-based Ledet said. “I’m trying to adapt, but it’s tough.”

A Grammy nominee for his 2012 album, “Nothin’ But the Best,” Ledet plays occasional in-person solo shows as well as some livestreamed performances.

“Just to get by and keep the chops up,” he said. “But it’s not the same as playing in front of an audience and receiving that energy and seeing everybody’s reaction.”

Though livestreaming is no match for the real thing, Ledet will mark this week’s release of his 14th album, “Corey Ledet Zydeco,” with a livestream performance from d.b.a. in New Orleans. Available at stageit.com, the event begins at 8 p.m. Friday with Ledet singing and playing multiple instruments, followed by Michot’s Melody Makers featuring Leyla McCalla.

In March, Ledet was recording his new album at Dockside Studio in Maurice when the coronavirus pandemic stopped him in his tracks.

“They didn’t want everybody coming in, not knowing if somebody had the virus,” he said.

“I went in by myself,” Ledet said. “I jumped on the drums and picked up the washboard. And the engineer (Justin Tocket) stayed way on the other side of the building. We made the best of it.”

“Corey Ledet Zydeco,” the latest release from the Arnaudville-based Nouveau Electric Records, is available from music streaming services and in CD and digital formats.

The album’s band recordings include “This Is All I Want,” a high-voltage salute to zydeco. Ledet and the band translate Fats Domino bouncing classic “I’m Walkin’ ” to the equally buoyant “Mon Marche.” They accentuate zydeco’s blues roots by spicing the swampy “Pel Mo” ("Call Me") and Big Joe Turner jump-blues classic “Flip Flop and Fly” with Dermody’s harmonica.

Buchanan Ledet is only one part of Corey Ledet’s music legacy. A book that Louis Michot (Lost Bayou Ramblers, Michot’s Melody Makers) shared with Ledet — “Willie Geary ‘Bunk’ Johnson: The New Iberia Years,” by Austin M. Sonnier Jr. — confirmed the oral histories Ledet had heard from family members through the years about the Ledets’ and Potiers’ historic contributions to ragtime and early jazz.

Michot — a friend, bandmate in Soul Creole and co-producer of “Corey Ledet Zydeco” — was cleaning house one day when Sonnier’s book about Johnson fell to the floor and opened to a page that mentions Buchanan Ledet.

“My great-grandfather played upright bass with Bunk Johnson,” Ledet said. “My grandfather and his cousins, the Potiers, played in all these jazz bands. A cousin played with Louis Armstrong. All this information blew my mind.”

Inspired by his family history, Ledet set about learning to play ragtime and early jazz.

“Because this is the music of my ancestors,” he explained. “So, I have to learn this technique and incorporate it into how I hear music. I’m still on cloud nine right now, writing three or four albums in my head. It’s crazy, but I’m proud of it."