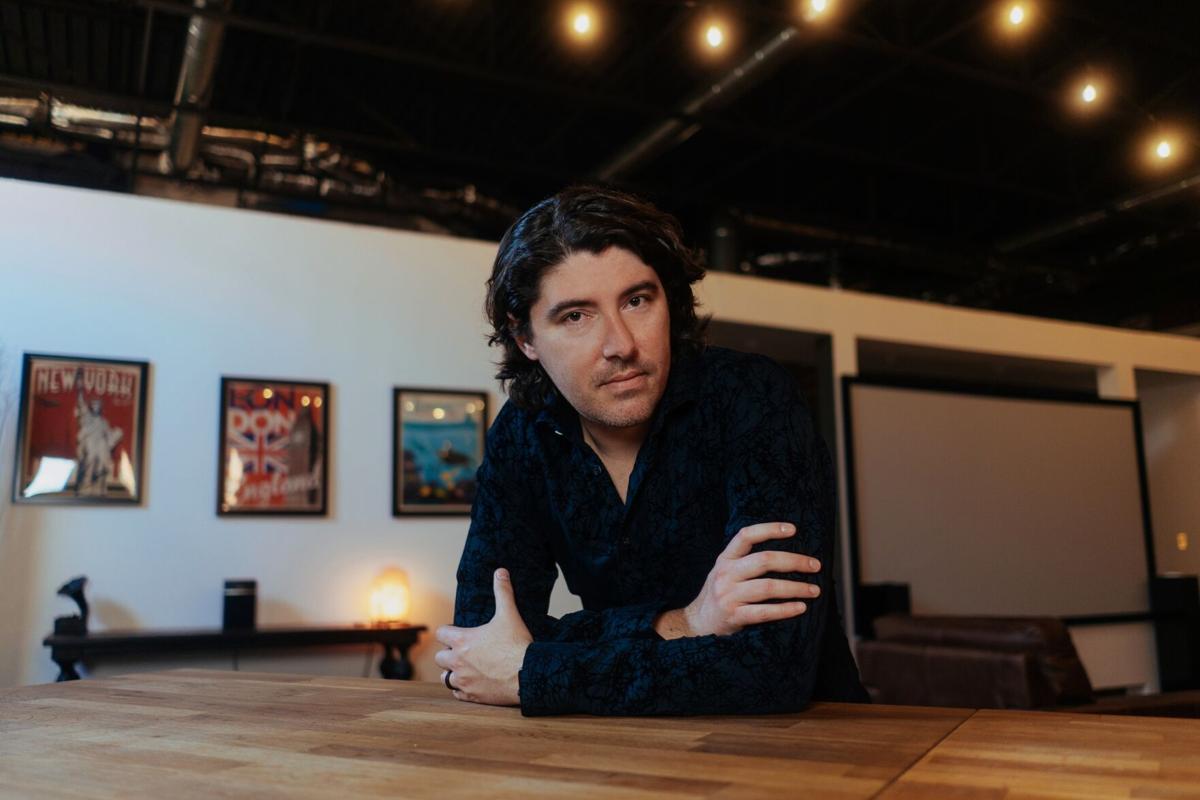 James Dupre grew up with Cajun and zydeco music, but was always drawn to country.  ' … It gets into real life,' he says. 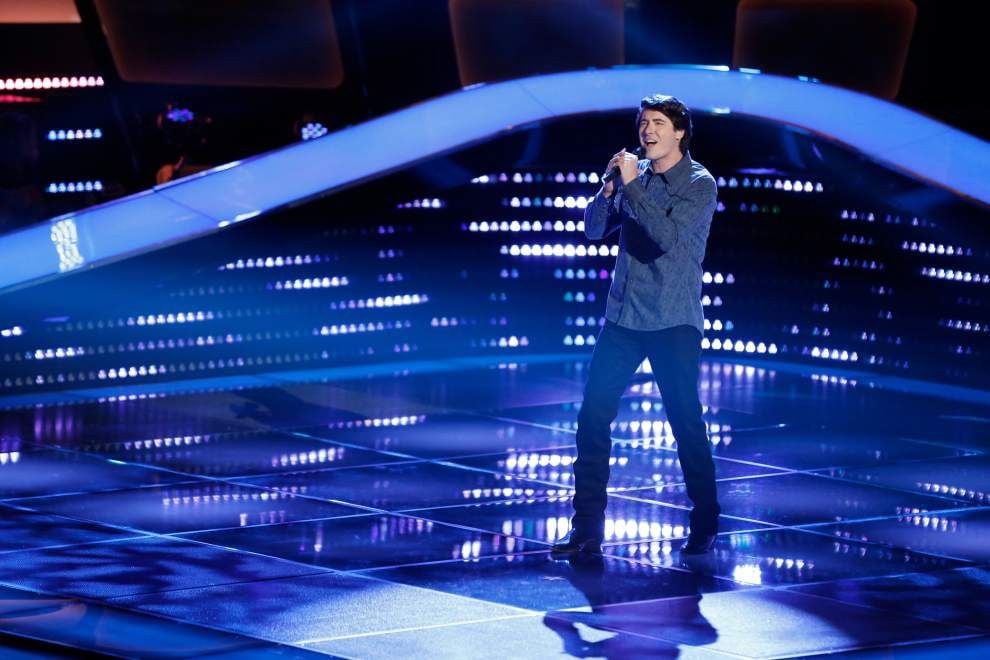 Louisiana native James Dupré sings Hootie & the Blowfish's 'Let Her Cry' for the blind auditions on NBC's 'The Voice' in 2015. 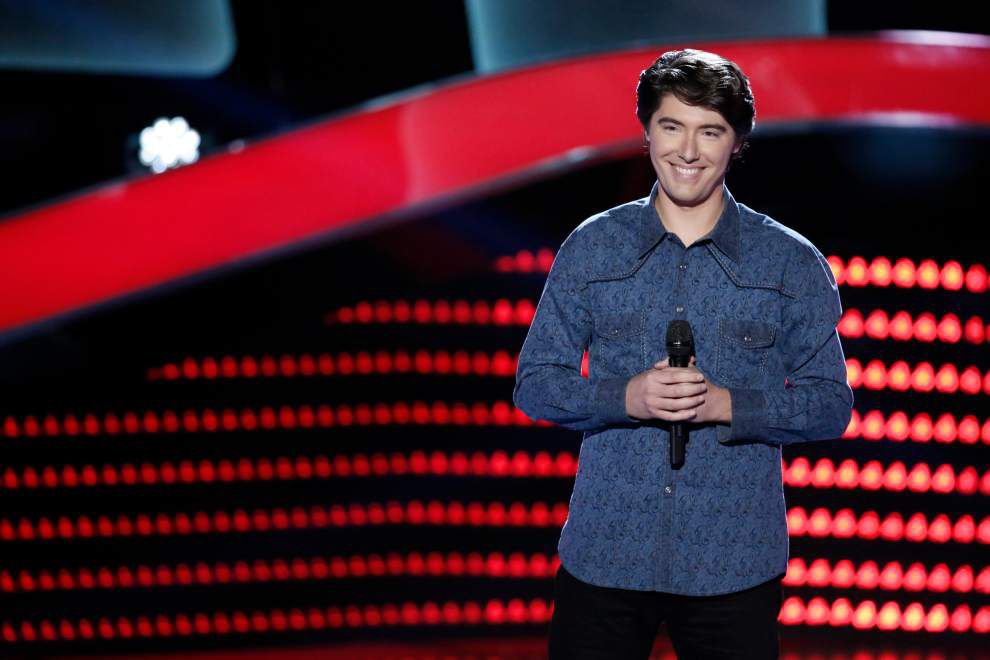 James Dupré competes on NBC's 'The Voice' in 2015, a stepping stone for the country singer from Bayou Chicot.

James Dupre grew up with Cajun and zydeco music, but was always drawn to country.  ' … It gets into real life,' he says.

Louisiana native James Dupré sings Hootie & the Blowfish's 'Let Her Cry' for the blind auditions on NBC's 'The Voice' in 2015.

James Dupré competes on NBC's 'The Voice' in 2015, a stepping stone for the country singer from Bayou Chicot.

When singer-songwriter James Dupré was growing up in Evangeline Parish, Cajun and zydeco music were part of everyday life. The same goes for his father and grandparents speaking French.

“The adults spoke French so the kids couldn’t understand them,” Dupré said from country music’s capital city of Nashville, Tennessee.

Despite his French heritage and the Cajun waltzes and two-steps he heard in Bayou Chicot, Dupré aligned himself with country music.

“Cajun music always puts me in a good mood, because we always put that on the radio anytime we had a family get-together,” he said. “But I love country music because it gets into real life.”

Choosing country paid dividends for Dupré. He toured with Randy Travis in 2019 and appeared in the 2015 season of NBC reality competition series “The Voice.” In 2016, Rolling Stone named him one of “10 Country Artists You Need to Know.” The magazine noted the “grainy gravitas” in Dupré’s voice, adding that he “recalls everyone from George Strait to Gordon Lightfoot.”

Writing most of the songs he records and performs, Dupré recently released his third album. Title song “Home and Away,” a bittersweet breakup song lightened by upbeat references to a winning high school football team, is his latest single.

During his formative years in Bayou Chicot, two country stars of the 1980s and ’90s, Randy Travis and Vince Gill, inspired Dupré most of all.

“I remember the first time I heard their voices,” he said. “It was one of those things that I was immediately drawn to. I told myself, ‘I want to sing like they do.’ ”

Dupré also connected to the lyrics and stories in country music.

“Guys like Merle Haggard and George Jones,” he said. “Those are the storytellers. Willie Nelson’s ‘Red Headed Stranger,’ it’s a cool, 3½-minutelong story.”

Though Dupré sang along with songs by Gill and Travis growing up, he didn’t write songs until college. At the University of Louisiana at Monroe, Dupré formed a band with some fellow students and played local gigs. His passion for music grew while his interest in meteorology waned.

“That’s when the music things started taking off for me,” he recalled. “The weather was on the back burner at that point, so I quit school. I thought about moving to Nashville right then and there, but I wanted to get the ball rolling before I moved there.”

Back in Bayou Chicot, Dupré entered his father’s profession, working as an EMT paramedic. For six years, he sharpened his songwriting and guitar skills. An unexpected break came in 2007. Country star Tim McGraw’s performance of “If You’re Reading This” on the ACM Awards that year inspired Dupré to film himself singing that song and post the performance on Myspace and the then-young website YouTube. His YouTube debut got a great response, so he made follow-ups, singing classics by Travis, Gill, Keith Whitley and others.

“Fast-forward three years, I appeared on 'The Ellen DeGeneres Show' because of my YouTube videos,” he said.

The high-profile "Ellen" appearance led to a deal with Warner Bros. Records and a move to Nashville. In 2012, Dupré got another boost when he met Travis in Nashville. He later played the role of Travis’ son in the 2015 movie “The Price.” In 2019, Dupré joined the singer’s original band for “The Music of Randy Travis” tour. Travis appeared at the concerts but, because of the debilitating stroke he experienced in 2013, didn’t perform.

“Randy’s wife, Mary, called me early in 2019,” Dupré recalled. “She said Randy wanted to tour and see his fans. Pretty much a regular tour, except he wouldn’t be singing. Mary said that Randy and I have a similar grace and delivery. She thought it was a good fit. I’m so grateful to have met Randy and Mary. They’ve been super supportive of my career.”

Like most people in the performing arts, Dupré had almost no work in 2020 due to the COVID-19 pandemic. He played a few limited-capacity songwriter nights and only one full-band show, a New Year’s Eve party in West Texas.

With the pending return of in-person concerts, Dupré is poised to regain the momentum he’d gained in the past few pre-pandemic years.

“It’s not as fun when you’re playing for only 10 people,” he said. "We're hoping for a better year this year."

How sweet it is: Sweet Cecilia savors Grammy nomination