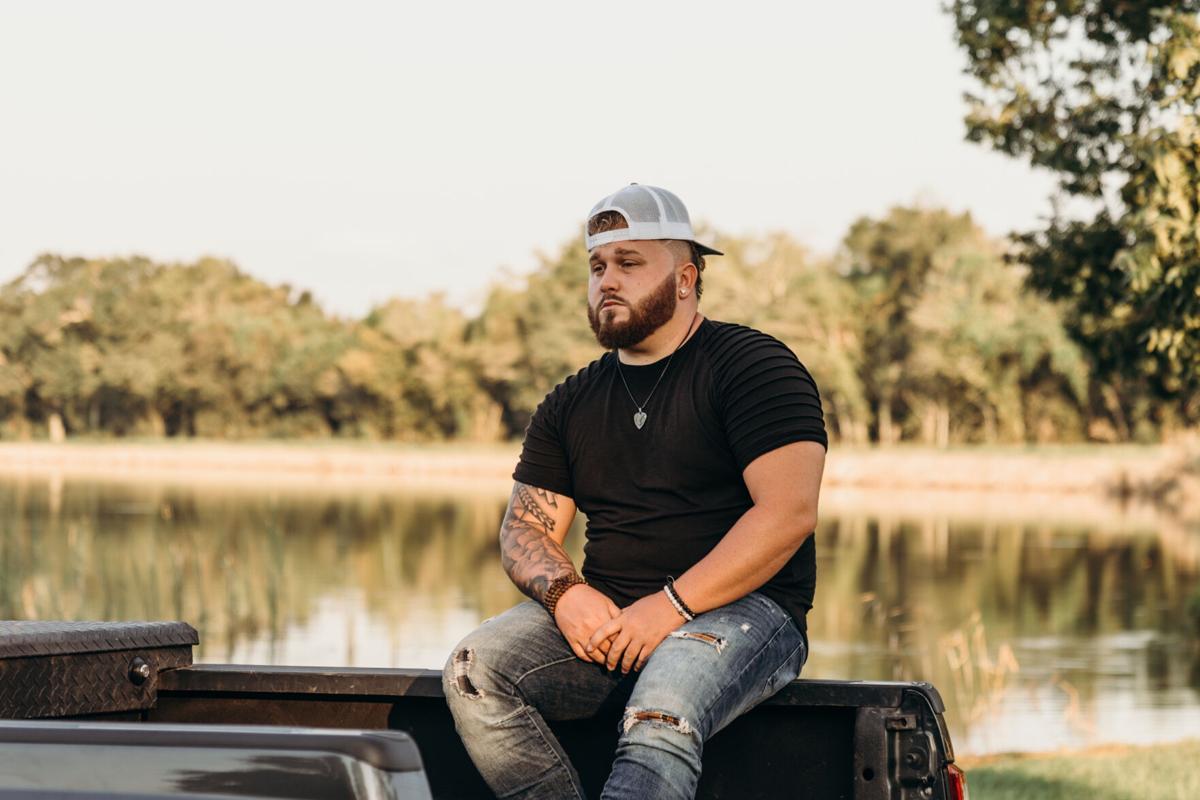 'I just call it music, bro,' New Iberia artist Justin Champagne says. 'Country, rap, rock, I like putting it all in one thing.' 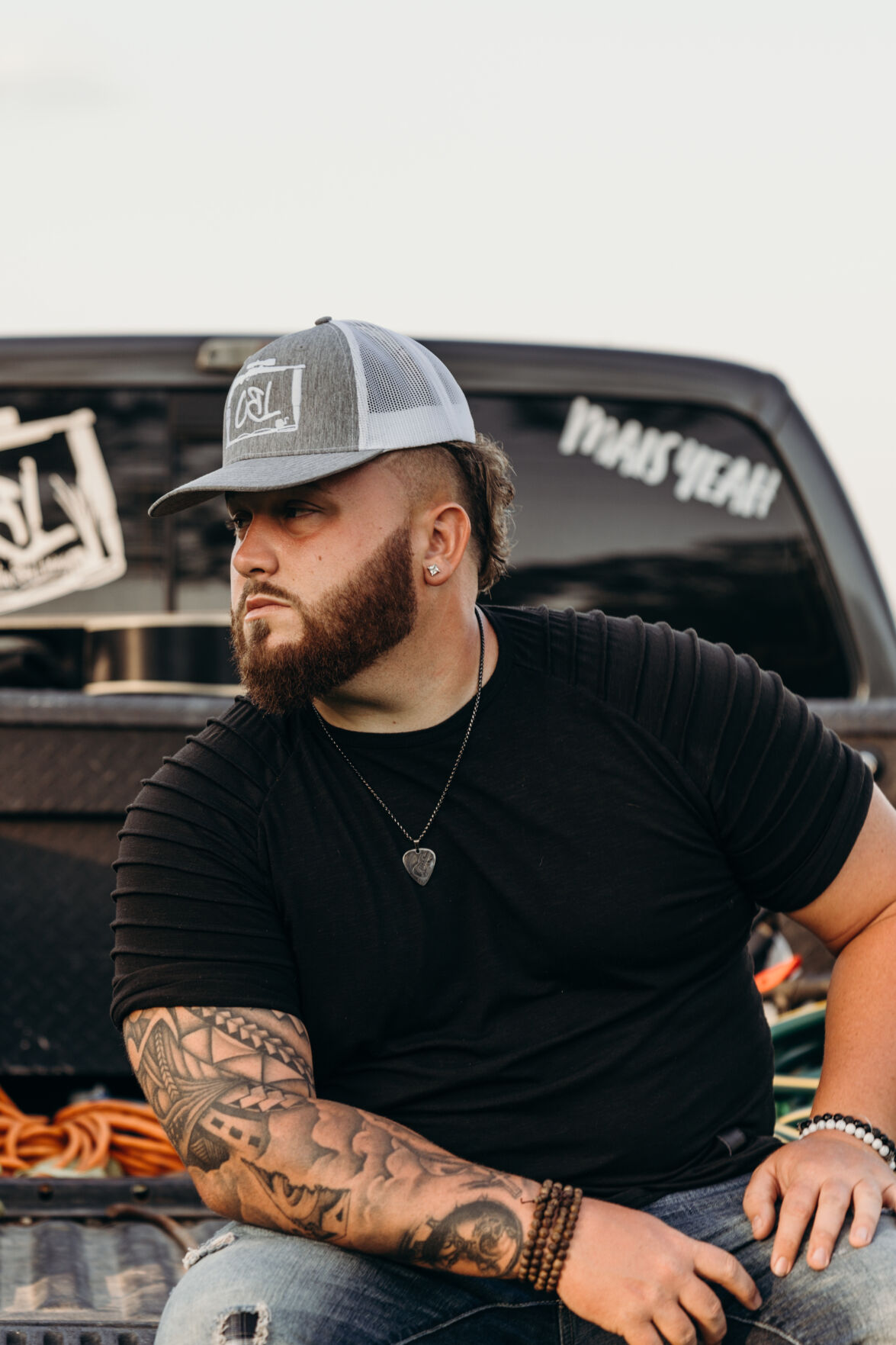 Check out Justin Champagne and his ballad 'Number to Heaven' when CMT.com features them for 24 hours starting at midnight Friday, Nov. 27.

'I just call it music, bro,' New Iberia artist Justin Champagne says. 'Country, rap, rock, I like putting it all in one thing.'

Check out Justin Champagne and his ballad 'Number to Heaven' when CMT.com features them for 24 hours starting at midnight Friday, Nov. 27.

Justin Champagne's social media numbers are surging. YouTube views for the New Iberia native’s country/hip-hop song, “When I Pull Up,” reached 860,000 this week.

Skateboarding TikTok influencer Nathan Apodaca, aka Doggface208, boosted “When I Pull Up” in late October when he posted a video of himself lip-syncing to the song. Receiving 24,000 likes in its first 24 hours online, the video has since risen to 66,000 likes.

Champagne’s social media stats include 6.5 million views for “BackRoads,” his 2019 ode to muddy fun in southwest Louisiana. He has 143,000 TikTok followers, 47,000 Facebook followers and 45,000 YouTube subscribers.

With more than 569,000 YouTube views, Champagne’s completely sung country ballad, “Number to Heaven,” rivals his country/hip-hop videos’ popularity. Starting at midnight Friday, Nov. 27, CMT.com will feature Champagne and “Number to Heaven” for 24 hours. He wrote the song in memory of his father, who died in a car crash when the singer was 6 years old.

Often categorized as a country-rap artist, the 29-year-old Champagne is much more than that.

“Justin Champagne is the kind of artist who rarely comes along,” McCormick said. “He’s got enormous talent, yes, but what sets him apart is his work ethic, his sound character and his passion for music and life. He reminds me of Lou Reed, one of my idols. He’s a hustler and a rebel with a heart of gold.”

During his childhood and youth, Champagne played drums in bands and baritone saxophone in elementary school and high school.

“And my stepdad and his brother, they had this building with PAs in it called the Love Shack,” Champagne remembered. “We would play just for the family and stuff like that.”

“Me and my cousin, we grew up singing NSYNC and dancing,” he said. “I’d see music videos and want to be like them so bad.”

Beyond those intensely choreographed pop vocal groups, Champagne absorbed other music styles, too.

“I listened to country, if my mom listened to it,” he said. “I listened to rap and country because my friends listened to that. My stepbrother was into rock and emo. I was around everything, no matter if I liked it or not. Being around songs so much, I caught myself singing them. I was like, ‘Hey, I never thought I’d know the lyrics to this song.’ ”

Music became everything to Champagne.

Champagne wrote his first song at 15. A rapped and sung homage to the father he barely remembered, he based it on rapper Mike Jones’ “Flossin’.”

“It was just a verse and a hook, but a couple of people liked it,” he said. “I was like, ‘Ah, man. That’s pretty good.’ And then I did another one and another one and just went from there.”

Champagne soon wrote songs about girls, moving stylistically into a pop-R&B direction. He performed at bonfires, friends’ gatherings and, more recently, at the Louisiana Sugar Cane Festival in New Iberia. He’s never been a frequent performer, though, because that would require him to perform other artists’ material.

Champagne’s 2016 song, “Sun Goes Down,” the first for which he filmed a proper video, was a breakthrough.

“It got me noticed, especially around here,” he said. “I followed up with ‘In Them Jeans,’ a country-rock-rap song, all three (genres) in there.”

“My style of music changed since then,” he said. “It’s got way better.”

Now working with Rueben Williams at the Larose-based Thunderbird Management Group, Champagne is planning a new album and tour for early next year. If he signs with a major record company, it must be the right deal.

“I’m happy with where everything’s going right now, but I’m ready to hit more numbers,” he said. “I’m ready for hit records, radio. Ready for all that. But I’m not going to sign my life away. Those big labels, they’ll make you do something that you don’t want to do or they’ll shelve you. That's not my destiny."

Acadiana Business Today: Will COVID-19 slow down holiday air travel? Depends on where you're flying

Will COVID-19 slow down holiday air travel? Depends on where you're flying

There’s just over a month left to the year 2020, but it managed to get in one final jab at Kathryn Shea Duncan.

Who's building where in Acadiana? Here are the building permits issued Nov. 9-13

Kirk LaCour has been named director of litigation at Acadian Companies.

Dr. Melanie Fowler, a board-certified orthodontist with offices in Lafayette and New Iberia, will be honored during the United Way of Acadiana…

Review: A blues album from William Shatner? Here are the details, including the La. artists involved