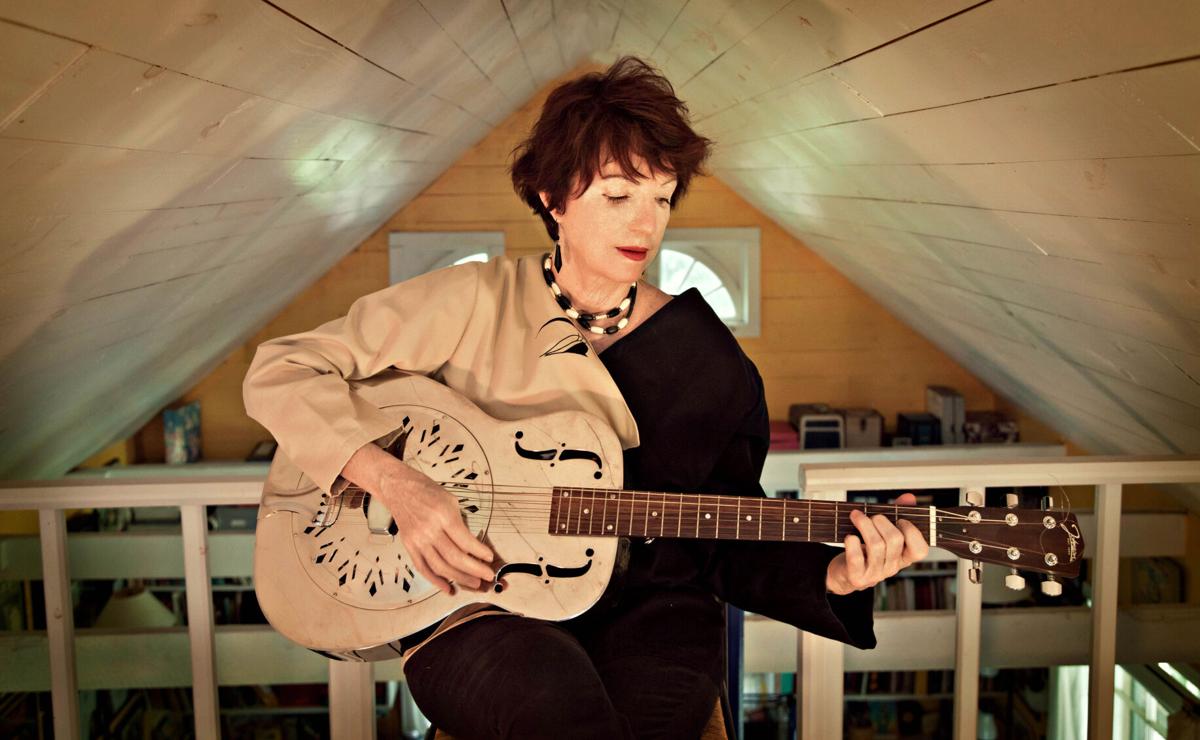 'I’m documenting the old folks, the ones who created the music and made it what it is,' Ann Savoy says of why readers won't find young people in her 'Cajun Music: A Reflection of a People' volumes. 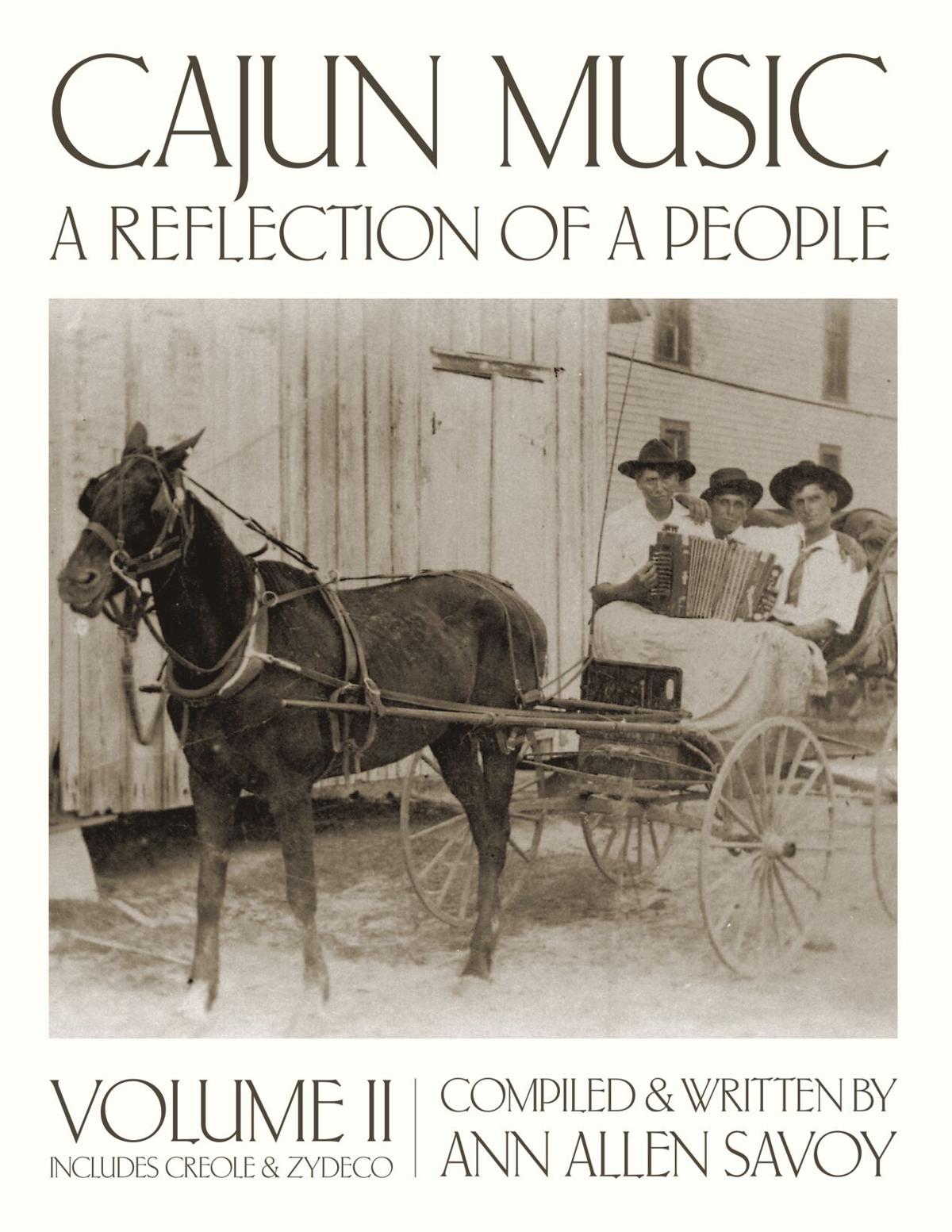 'I’m documenting the old folks, the ones who created the music and made it what it is,' Ann Savoy says of why readers won't find young people in her 'Cajun Music: A Reflection of a People' volumes.

Ann Savoy has completed the long-awaited second volume of her landmark book, “Cajun Music: A Reflection of a People.”

A Grammy-nominated musician, writer and photographer in Eunice, Savoy published the first volume of her now two-part compendium of Cajun music and culture in 1984. She continued gathering material for the second volume until the early 1990s, when family responsibilities and her music-making compelled her to put the time-consuming book work aside.

“I was touring, I had four children and I was making a bunch of records,” Savoy said last week. “It was crazy. So, I put the book in a box and thought, ‘My kids can finish this.’ ”

Savoy’s now grown children — including Cajun musicians Joel, Wilson and Sarah — and their friends later encouraged her to complete “Cajun Music: A Reflection of a People, Volume II.”

“They said, ‘You’ve got to get that out of the box.’ And they helped me get it going again. It was a major project, as you can imagine when you see how huge it is.”

Exhaustive though the two volumes of “Cajun Music: A Reflection of a People” are, Savoy never intended them to be definitive accounts of Cajun, Creole and zydeco music.

“They contain musicians whose music I personally love,” she explained. “It’s not a reflection of who the most important artists are. And I don’t put modern people in there, except a couple of Creole and zydeco guys. I usually don’t put any young people in my books. That’s kind of the rule. I’m documenting the old folks, the ones who created the music and made it what it is. The power in the traditional Cajun music is what I like.”

A native of Richmond, Virginia, Savoy moved to Louisiana in 1977 following her marriage to musician and accordion maker Marc Savoy. His Savoy Music Center in Eunice, a gathering place for Cajun musicians since the 1960s, became ground zero for her musical and cultural explorations.

“The great artists would be at Marc’s music store,” she said. “I would hang out there, meet the musicians and set up appointments to go interview them.”

Originally, Savoy planned to publish a songbook only, albeit featuring French and English lyrics plus phonetic spellings for the French pronunciations.

“I was doing that to show Americans what the Cajuns were saying,” she said. “But when I started visiting the musicians, they were so fascinating. And they had all of these cool photos. I thought, ‘This has got to be bigger.’ ”

Along with musical scores, lyrics and photos, both volumes feature oral histories straight from the musicians.

“I like to hear their voices,” Savoy said. “I like the words they choose and their humor. And the way a person speaks tells a lot about their culture and the way they see the world.”

Savoy published volume one of “Cajun Music: A Reflection of a People” through her own Bluebird Press.

“Because I wanted total control,” she said of taking the self-published route. “I wanted the book to look exactly how I wanted it to look. I like a big format, big photos. And I didn’t want a publisher to group all of the photos in one section.”

The musician subjects in volume one attended the book’s launch party. It was such a historic cultural event that folklorist Barry Jean Ancelet told Savoy, “If this building burns down today, the Cajun culture will be dead.”

Proving internationally popular, the 444-page volume one captured the American Folklore Society’s Botkin Book Award. A review in The Washington Post cited it as “perhaps the most comprehensive and stunning portrait of this music ever written. … Savoy’s highly emphatic approach avoids the folklorists’ stumbling block; that is, the tendency of scholarly outsiders to embalm folk cultures in intellectual and romantic vapors.”

“People all over the world have it,” Savoy said. “They call it the Cajun bible. I’m not bragging. It just happens to be that everybody who likes Cajun music likes this book.”

Savoy also realized that everyone who bought volume one, which has sold 15,000 copies, would want volume two.

“Every festival I’d go to, people asked when volume two was coming out,” she said.

Not performing this year during the coronavirus pandemic gave Savoy time to finally complete “Cajun Music: A Reflection of a People, Volume II.”

“The pandemic is the only reason I finished,” she admitted. “Because I travel so much, I would never have stayed home to do this. So, it’s been really rewarding being home and completing this massive project that I’ve been trying to finish forever.”

The 436-page second volume of “Cajun Music: A Reflection of a People” is available for preorder at annsavoy.com and savoymusiccenter.com. With shipment expected by Dec. 18, the softcover edition is $45 and limited hardcover edition is $70.