Louisiana artist Tab Benoit's music blends the Cajun and country sounds he grew up around with a heavy dose of Baton Rouge blues. 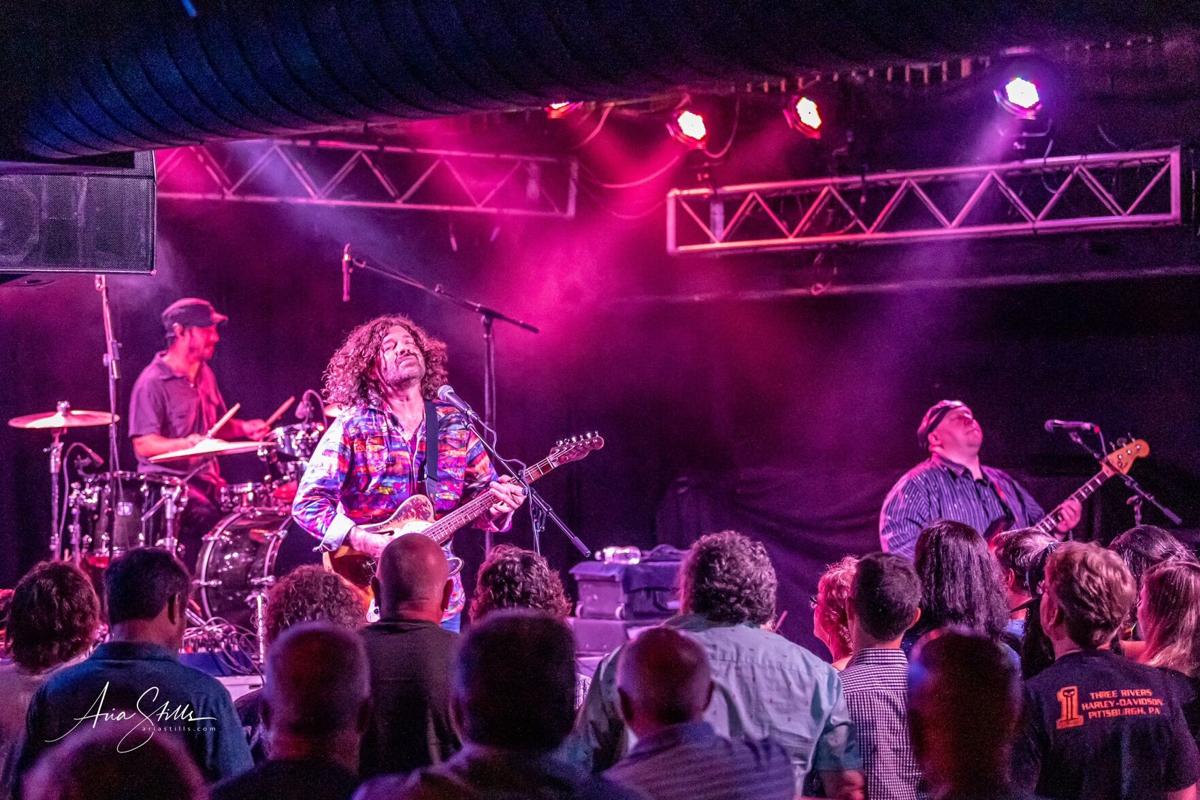 Tab Benoit's been out on the road for most of 2021, but he'll be home in Louisiana next week for a performance at the Manship Theatre in Baton Rouge.

Louisiana artist Tab Benoit's music blends the Cajun and country sounds he grew up around with a heavy dose of Baton Rouge blues.

Tab Benoit's been out on the road for most of 2021, but he'll be home in Louisiana next week for a performance at the Manship Theatre in Baton Rouge.

Tab Benoit’s mind is never far from Louisiana, even if it’s not for the happiest of reasons sometimes.

Benoit is currently on the road, as he has been for most of 2021. However, when he calls from his tour bus in Alexandria, Virginia, he’s not thinking about that night’s gig, or even the White House that he can see from his window. His thoughts are back down the bayou, back to the night he fled to his house in Houma as Hurricane Ida began to bear down on the Gulf Coast.

“I came in the night before (it hit),” the 53-year-old bluesman recalls. “Drove straight in from Pennsylvania so I could get everything locked down.”

The damage kept him busy at home for as long as he could manage. Even after heading back out on the road, the sheer scale of Ida’s destruction stayed with him.

“It’s still pretty tough down there,” he says. “A lot of those bayou areas got pretty mangled, and downtown also. I’ve been through hurricanes before, but I don’t know if any one in my lifetime was that bad as far as having a direct hit with that kind of wind.

“But people are resilient, man. Because there’s no sort of instant response, a lot of people where we live end up doing a lot of this stuff themselves — getting the roads cleaned up, getting things going again. People step up and start helping. They pick up and get right to it.”

Louisiana’s rich and diverse culture has always taken center stage in Benoit’s career. Musically, he mixes the Cajun and country sounds he grew up around with a heavy dose of Baton Rouge blues in songs such as "Shelter Me," "Night Train" and "Crawfishin'." He perfected the blues by sitting in with the likes of Raful Neal, Tabby Thomas and Henry Gray at the much-lamented Tabby’s Blues Box and other capital city blues bars.

It was a desire to get closer to his blues roots that led to the creation of the Swampland Jam, which he — along with Big Chief Monk Boudreaux, Johnny Sansone and Waylon Thibodeaux — will bring to Baton Rouge’s Manship Theatre on Wednesday.

“I loved playing with those guys,” he recalls. “That felt natural to me, to go to Tabby’s Blues Box and play in that kind of old school environment. Tabby wouldn’t let you bring any guitar amps; you’d play through these old, old amps that were barely working. Same with the drums — the cymbal looked like a shark took a bite out of it.”

He laughs. “Those are things I’ll never forget. The original Swampland Jam thing was a way for me to get back to playing with the blues guys that I played with when I was growing up, and it’s still the same kind of thing — bringing out my friends who I like to play with, artists from down where we are. Waylon Thibodeaux, we grew up together, grew up playing the same church fairs. We been knowing each other since we were in elementary school.”

In its title, the Swampland Jam neatly joins two of Benoit’s deepest passions. Long a vocal proponent of wetlands conservation in his home state, the recent destruction wrought by Ida only served to underline the devastating impact coastal erosion is having on the environment and the people who live near Louisiana’s coast.

“The proof (of coastal erosion’s effects) is right there,” he says.

“This is the first hurricane I’ve ever seen that built in strength after it made landfall. That’s because there is no land. All of that is water now. That’s the result … it still has fuel, you know.

“You don’t hear the news or the Weather Channel talking about it, but we live there and we see it right in our face. … They’ve done a hell of a lot of work on levees, particularly down in New Orleans, but that’s not coastal restoration. That’s not stopping erosion, that’s doing flood protection. It doesn’t do any good unless we can get river water flowing back through the delta system that it (naturally) built.”

Over the past year, Benoit’s managed to keep himself busier than ever — not a surprise for someone who’s also a pilot, ex-football player, record label founder, mechanic and, to boot, an ace chef — but it’s easy to see he’s itching to return to the Bayou State.

“I just wanna go back home and play for some of my local people,” he says. “I been playing out here for everybody else. It’s time for playing back home a little bit."