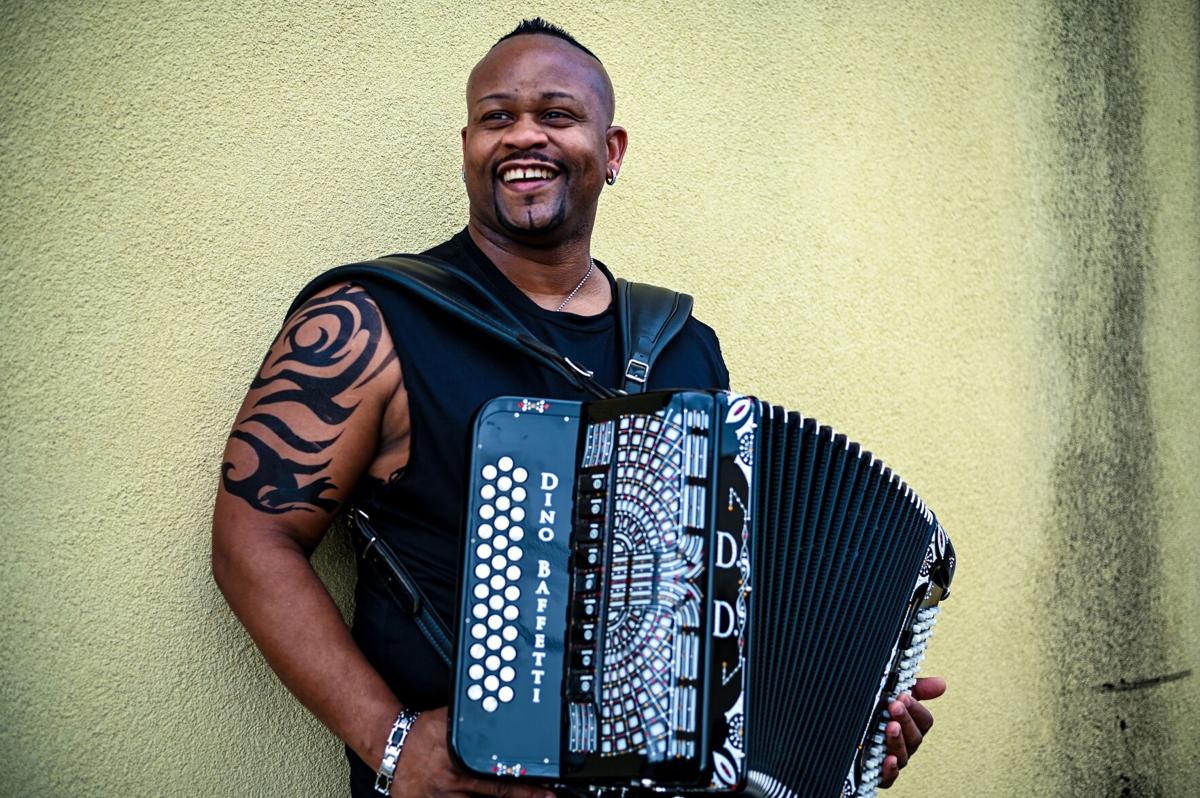 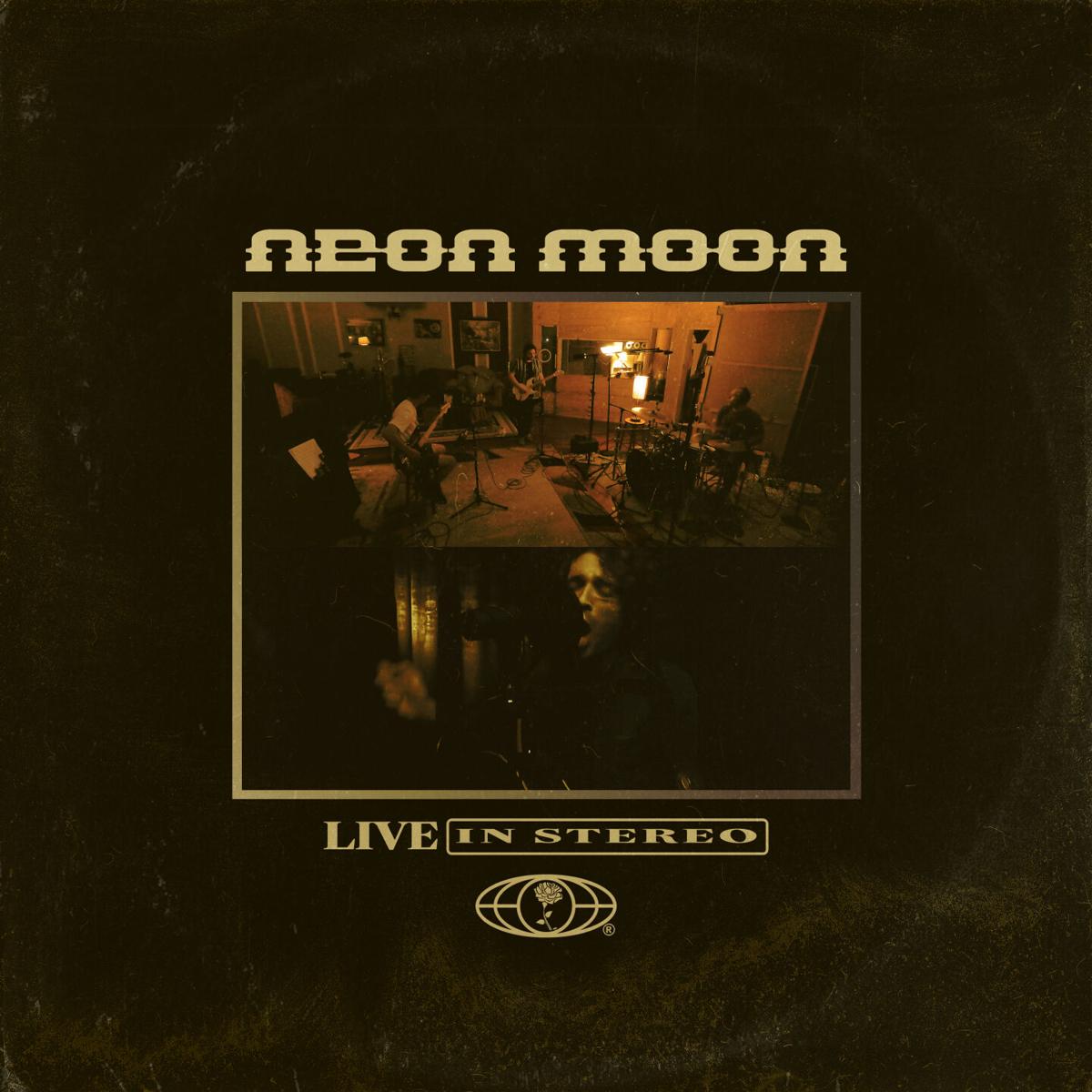 South Louisiana band LVVRS has a new single out with a familiar ring to it. It's 'Neon Moon,' first recorded by country duo Brooks & Dunn 30 years ago. 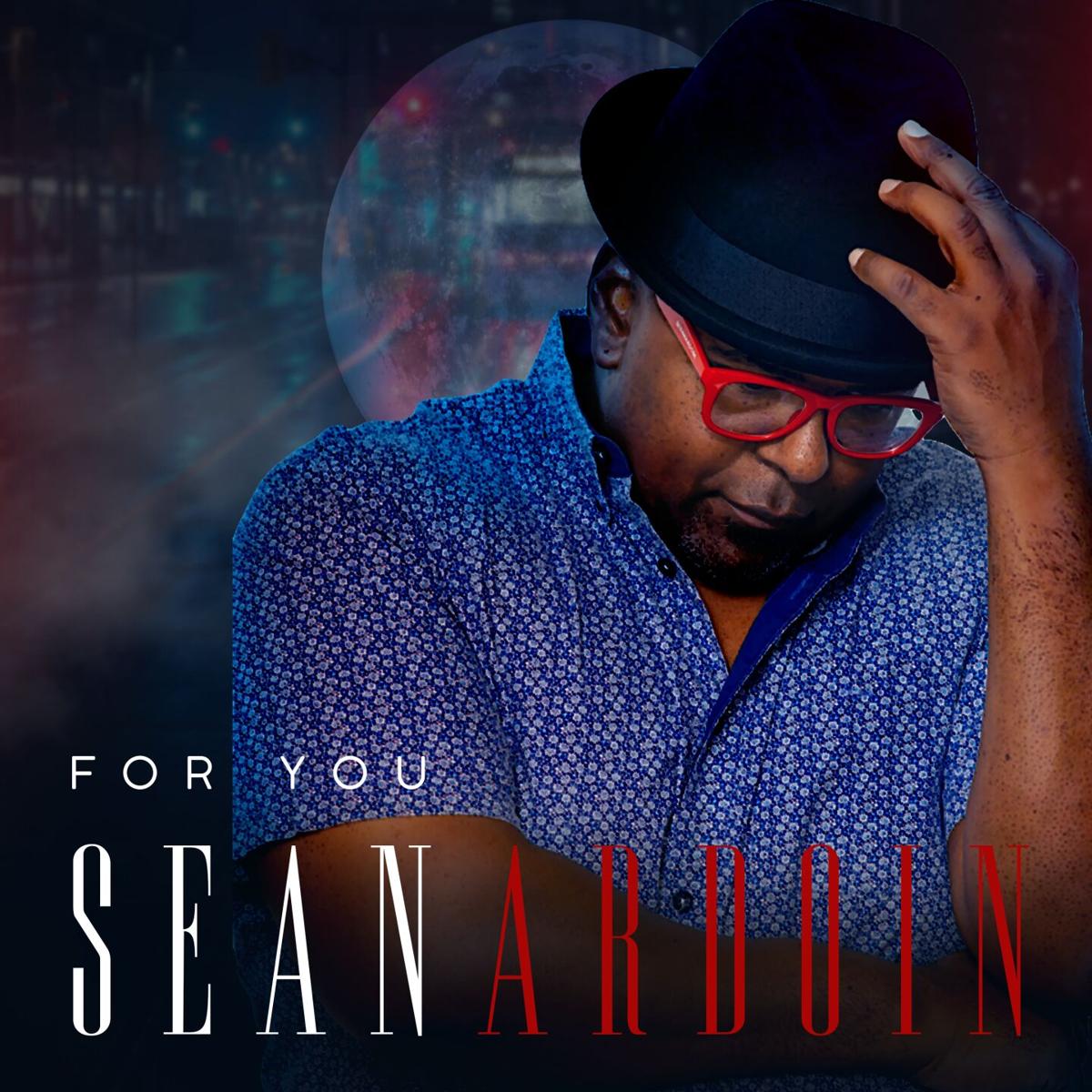 Sean Ardoin's new single, 'For You,' will be featured on his upcoming EP, 'Lover Man.' 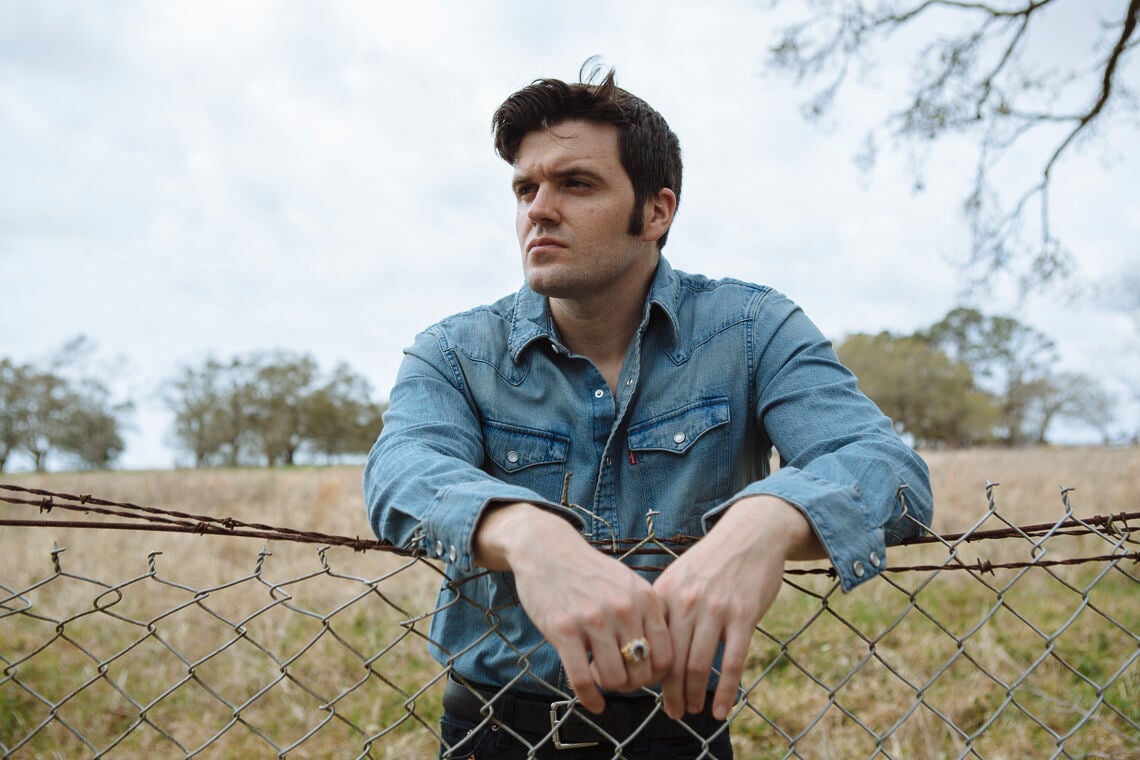 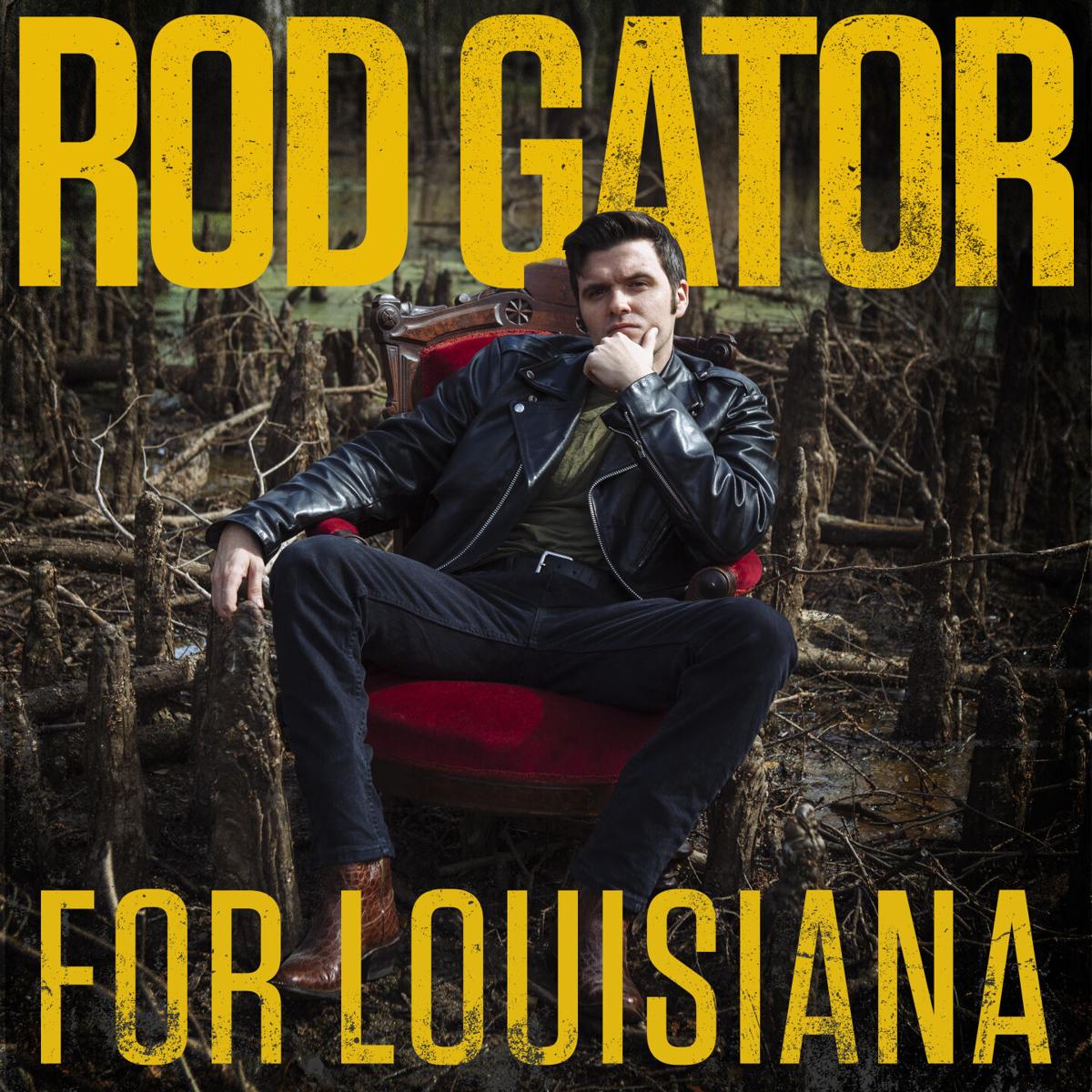 Rod Melancon (Gator) is now touring in support of his new album, 'For Louisiana.'

South Louisiana band LVVRS has a new single out with a familiar ring to it. It's 'Neon Moon,' first recorded by country duo Brooks & Dunn 30 years ago.

Sean Ardoin's new single, 'For You,' will be featured on his upcoming EP, 'Lover Man.'

Rod Melancon (Gator) is now touring in support of his new album, 'For Louisiana.'

To watch your broken dreams

Dance in and out of the beams

Of a neon moon"

"A few months ago, we were working on a couple of original songs that have a throwback approach to the songwriting. 'Indigo' is one of those," LVVRS lead vocalist River Gibson said. "We had big inspiration from the Eagles and other '70s rock bands. So that opened the door to us expanding our sound.

"And I thought, 'why not cut a country song?' I've always loved 'Neon Moon' in particular, and it's Brenon's (Wilson, our drummer) favorite song. We jammed through it, and it felt so natural. Everything just clicked."

Just a few days later, LVVRS booked a couple of hours at Rabadash Studios in Covington and tracked the song completely live in a couple of takes, Gibson said.

However, two-time Grammy nominee Ardoin has dipped his toes, or rather both feet, into the Southern soul pool as far back as 2003 after creating a gumbo music genre of his own, Kreole rock and soul.

The restrictions of the pandemic afforded Ardoin time to get back in the recording studio. The result: the soulful single “For You.” It's out now and will be included in Ardoin's upcoming EP, “Lover Man,” due to drop later this fall.

"Reimagining his single 'Love All For You' turned a song already a hit into the modern Detroit-style ballrooming, Chicago-stepping, 'ol school two-step, and trailride powerhouse track, 'For You,' " a news release says. “ … 'For You' is a glimpse of the soulful Southern vocals Sean takes out for a spin."

For more on Ardoin, visit seanardoin.com.

"As good a zydeco recording as any in the past several years."

"A stinging guitar solo added that would have made Lil Buck Senegal smile."

"Music hot enough to cook crawfish without the benefit of a fire."

Based in Lafayette, Dopsie is the youngest son of zydeco legend Rockin’ Dopsie (Alton Jay Rubin). His second album on Louisiana Red Hot Records, "Set Me Free" is described as soulful, with a touch of blues and classic zydeco.

Since he was 19, Dwayne Dopsie has been kickin' it with the Zydeco Hellraisers — Paul Lafleur, washboard; Brandon David, guitar; Tim McFatter, saxophone; Dion Pierre, bass; and Kevin Minor, drums. They've developed their own high energy style of 21st century zydeco.

For more on Dopsie, go to dwaynedopsie.com/home.

In an ironic turn, when Rod Melancon (Gator) released his new single “August 29” on the 16th anniversary of Hurricane Katrina, the massive, destructive Hurricane Ida was making landfall in Louisiana.

Melancon is donating all proceeds from the song to the New Orleans organization Common Ground Relief to assist with recovery efforts following Ida. The powerful song is part of Melancon's new "For Louisiana" album on Blue Élan Records.

"Raised in the Louisiana backcountry, Gator (aka Rod Melancon) revisits his roots on the record, with sharp storytelling inspired by the cadence, characters and charisma of his home state," according to a news release.

" 'For Louisiana' is a product of where I grew up and where I've been since I left town," Melancon said. "It's also a product of a group of players from different backgrounds, coming together to create. Any time you have a unique group of musicians from all kinds of cultures, the sound is going to be special. That's emblematic of Louisiana, too. It's emblematic of the Cajun people."

"For Louisiana" is the follow-up to his 2019 release, "Pinkville." The new project "blends Louisiana soul with greasy country-rock, Texas blues and electrified funk," the release also says.

On tour in support of "For Louisiana," Melancon plays Portside Lounge, New Orleans, on Oct. 3.

For more on Melancon, visit rodgator.com.

The band LVVRS isn’t waiting on anyone to make them rock stars.