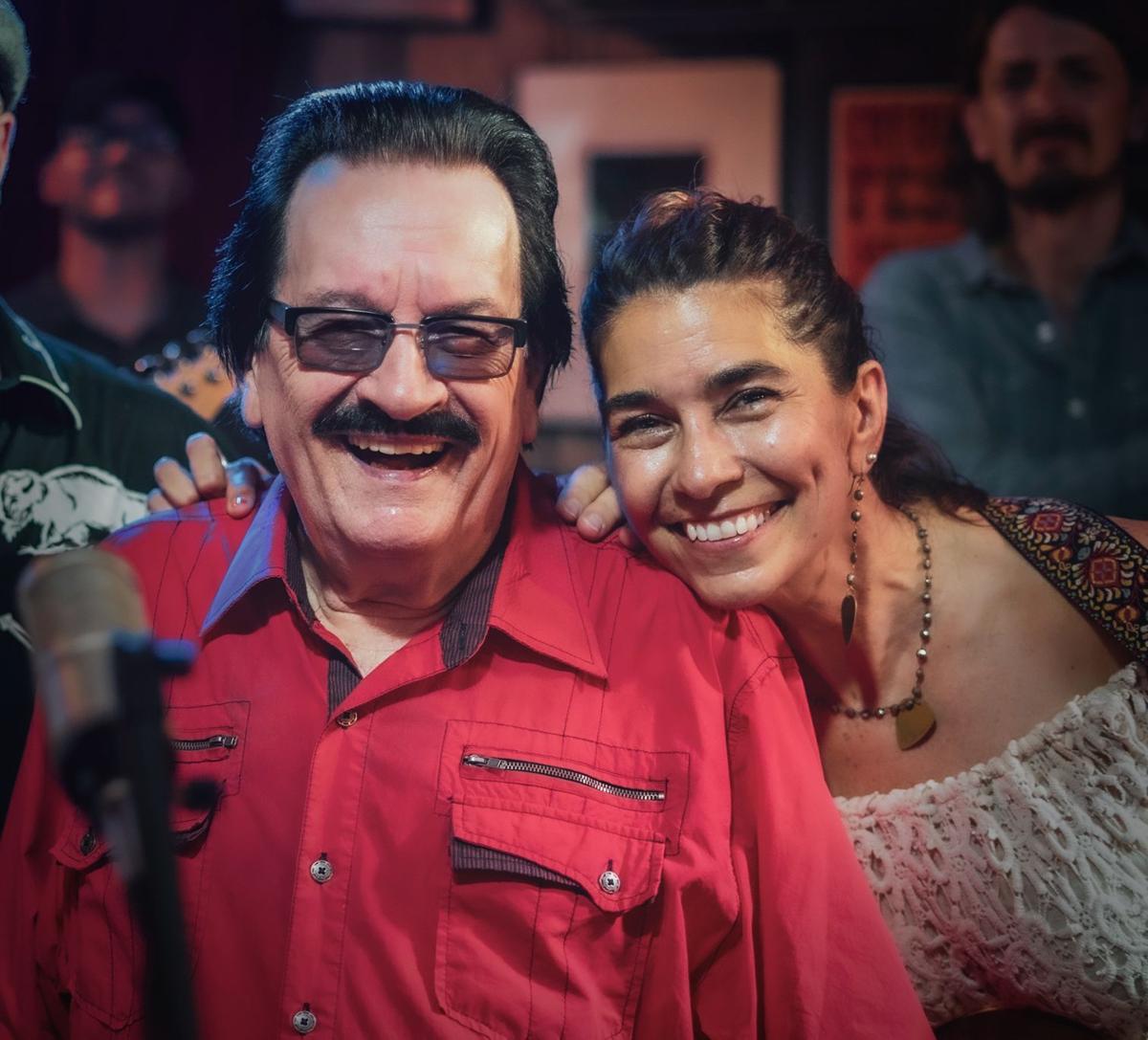 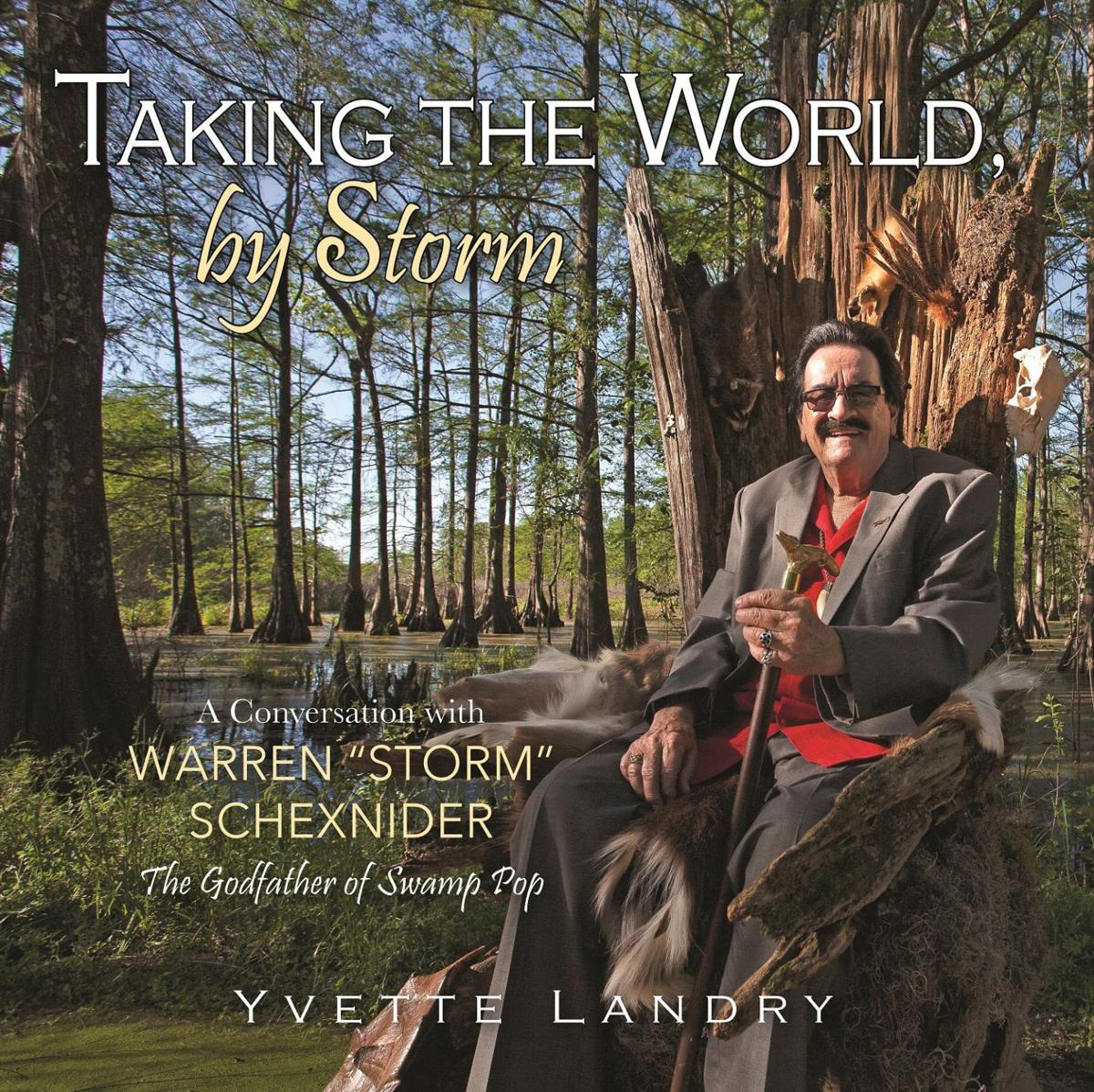 At 82, swamp pop legend Warren Storm has published his photo-filled memoir “Taking the World, By Storm” and released a new album of the same name.

One of Storm’s many fans, Yvette Landry — a Grammy-nominated swamp pop, country and Cajun musician — led both projects.

Storm has been a gigging musician for 71 years. A singer and drummer, his recording career began with his 1958 classic, “The Prisoner’s Song.” The new book and album happened after he dropped by Buck & Johnny’s in Breaux Bridge and heard Landry and Richard Comeaux perform their regular Thursday night gig there.

When Storm later showed Landry the huge collection of photos he’d taken with his musical heroes through the decades, she couldn’t believe how many stars he’d worked with and met.

Landry’s husband, Luke Bourque, suggested she collaborate with Storm on a book about his life. Before committing herself, she pitched the idea to the University of Louisiana at Lafayette Press. The press jumped on it, even asking if she could finish the book in a year.

Nearly 300 photos accompany the text Landry gathered from months of weekly conversations with Storm. “Taking the World, By Storm: A Conversation with Warren 'Storm' Schexnider, The Godfather of Swamp Pop” includes photos of him with Fats Domino, Robert Plant, Buddy Guy, Dr. John, Clarence “Frogman” Henry and, one of his guests on the companion album, John Fogerty.

While Landry worked on the book, the idea of reissuing one of Storm’s albums came up.

Recorded at Dockside Studios in Maurice, the album features 10 recordings of mostly south Louisiana swamp pop, rock ’n’ roll and blues. Storm also sings a duet of Fogerty’s “Long as I Can See the Light” with the composer. His other guests include Marc Broussard and Landry, the album’s producer. The project’s all-star musicians include Sonny Landreth, Willie “Tee” Trahan and Roddie Romero.

Concerned about Storm’s stamina in the studio and the brief time they’d have there, Landry initially worried about pulling off the ambitious project.

“It was a good little trek through the studio to the vocal booth,” she remembered. “Warren put his hand on my shoulder as I walked him there. Then I put his headphones on, made sure everything was OK, and went to close him up in the booth. He asked me, ‘Where you going? I want you here.’ ”

Sitting with Storm in the booth, Landry marveled at his skill and strength as he sang Slim Harpo’s “Raining in My Heart,” Cookie and the Cupcakes’ “Mathilda,” Fats Domino’s “Let the Four Winds Blow” and other classics.

“Every time we did a take, he sang it differently,” she said. “He was just belting it like he had no care in the world. He knew it was going to be perfect every time.”

As of Dec. 13, the APO Records release “Taking the World, By Storm” is available in digital, CD and vinyl formats from online retailers. But Landry prefers Storm’s fans buy the album and the book at their gigs or from her website, yvettelandry.com. Proceeds from those sales go directly to Storm. Like many recording artists, she said, he wasn’t always justly compensated for his work.

A working musician in his 80s, Storm sits in once a month with Landry and Comeaux at Buck & Johnny’s. Because playing a full drum set is difficult for him now, Landry brings a partial set for him to play.

“He loves it,” she said. “When he gets behind that little snare drum and high-hat, for those two hours, he’s in his 20s again.”

Will Wesley’s latest song is part one of an ambitious new project.