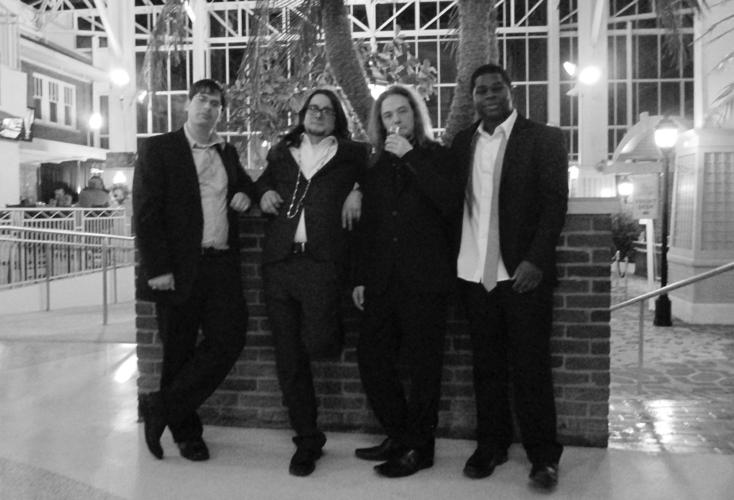 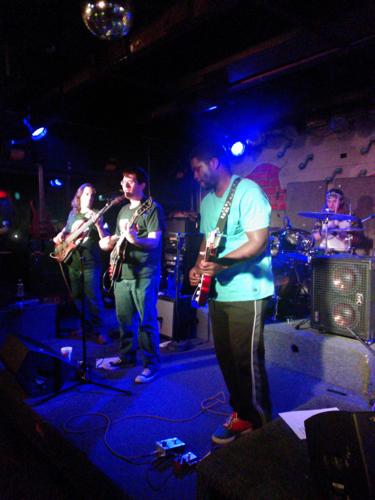 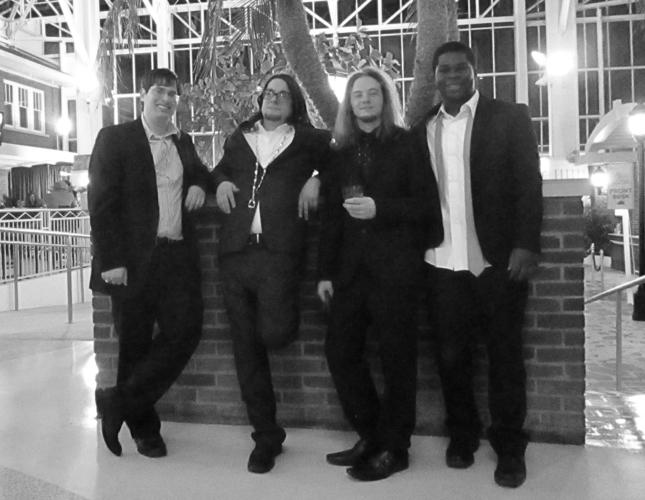 What do you get when you take a hard rock roux, mix in the blues, and garnish it with punk, metal, reggae and pop? The Bayou Bullets.

The band's first EP, "Five in the Chamber," is being released at a concert and party at Kerry Beary's Atomic Pop Shop on Saturday. Doors open at 8 p.m. The show starts at 9 p.m. and includes performances from Brother Jac and White Light Cemetery.

To say the boys are excited puts it mildly.

“We can’t wait,” said Graham. “This is a dream come true for us, and we can promise a great show. Even people who haven’t heard us should come out. You know that Louisiana saying, ‘if you don’t like the weather, just wait five minutes?’ Well, that’s us.”

The band digs performing, and feels their passion is highlighted through live performance.

“We strive for high energy, entertaining performances that capture the attention of the audience,” said Davidson. “With my hard-hitting and thunderous drumming, Ashton's amazing guitar work and soloing, Conner’s catchy and almost pop-like song writing style, and Ian’s unique style of bass playing, we form an interesting sound.”

Each member of the band brings something apart from their musicianship into the fold.

“To make us work, we each have a role,” said Babin. “Conner brings the sincerity, Ashton brings the soul, and BJ brings the experience and the timing.”

“And Ian is the backbone,” said Proctor. “He’s kind of the feel of the band.”

“We all believe that music has a certain power to it that when used correctly can bring people together,” said Davidson.

The band takes a lot of pride in their work and are dedicated to their rehearsal schedule. That doesn’t mean, though, that they aren’t up for a laugh.

“As a lark, we recently submitted an entry into the NASH Next (country talent) competition,” said Graham. “Bands did their take on a cover, and we chose 'Tennessee Whiskey.' We thought, 'Why not?' I mean, the only thing less country than country music right now is country music radio.”

Much to their surprise, The Bayou Bullets found themselves making it to the second round of the competition.

“We couldn’t believe it,” said Babin. “It was a joke at first, but now we want to see if we can win.”

Those interested in voting for the band's version of the song have until midnight Friday to vote. For more information, visit nashfm991.com.

The band’s EP was recorded locally at Kingswood Studio, with the help of J.T. O’Neal and Max Stratmann.

“Those guys were fantastic,” said Proctor. “The quality is excellent.”

Picking the venue for the release was easy.

“We love Atomic Pop Shop,” said Babin. “It’s a smaller space, so the show is very intimate. We can see who we’re playing to.”

“We played there back in February,” said Graham. “They’re just really supportive of the local music scene, and we appreciate that.”

Lyricist Graham perhaps puts it best when asked what can be expected from Saturday’s release party and concert.

“Just think of Sum 41 getting into a wreck with Chubby Checker,” he said. “It’ll be interesting.”