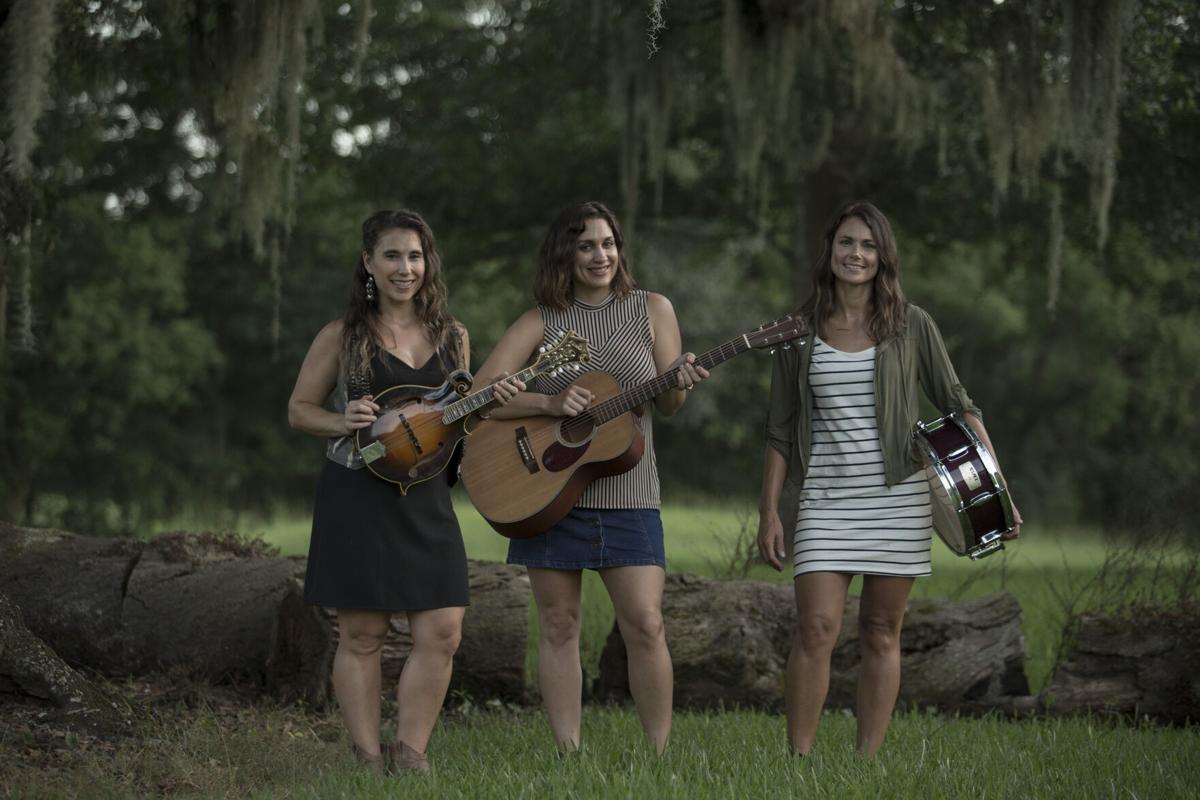 Sisters Laura Berard Huval and Maegan Berard Rankin and their cousin, Callie Guidry have been singing together since childhood. 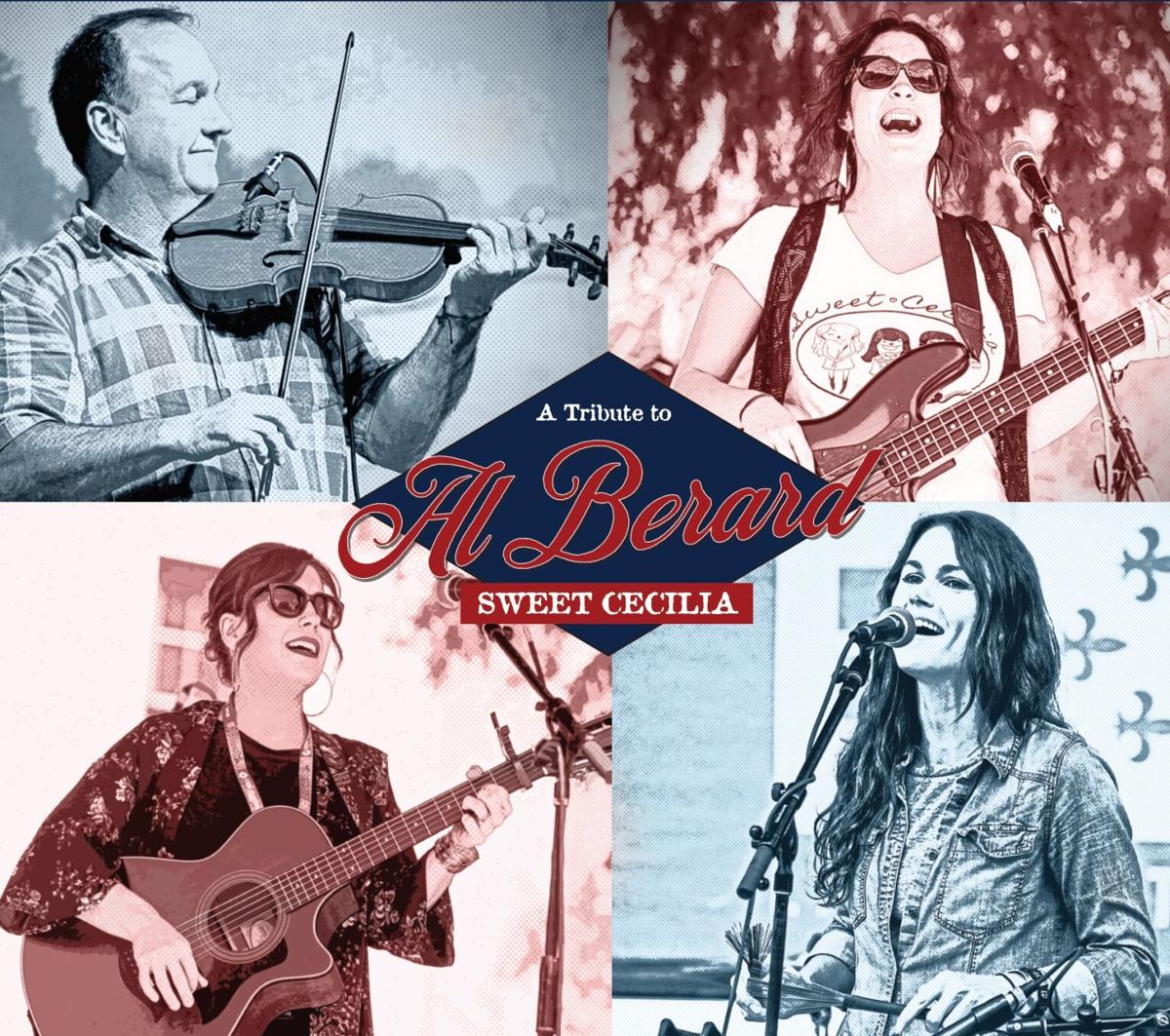 Sisters Laura Berard Huval and Maegan Berard Rankin and their cousin, Callie Guidry have been singing together since childhood.

Members of Sweet Cecilia, an Americana music trio based in the St. Martin Parish community of Cecilia, they stayed in contact by phone while they separately viewed the announcement online.

Huval was at home with her young son. Just after she assumed all the nominations for best regional roots album had been read, the announcer said, “A Tribute to Al Berard” by Sweet Cecilia. The roof-raising screams Huval unleashed in that thrilling moment are preserved in a video on the band’s Facebook page.

“It was pure excitement and joy,” she said. “I still feel just so humbled and shocked. We’ve been playing music our whole lives, so it’s a validation to be recognized in that way. It’s already a win for us.”

“A Tribute to Al Berard” pays homage to Huval’s and Rankin’s father, a Grammy nominee himself for the Basin Brothers’ 1990 album, “Let’s Get Cajun.” The tribute features French-language Berard compositions that Huval, Rankin and Guidry love.

“It was a great journey for us,” Huval said of recording the album. “We just wanted to remember Dad and the beautiful songs that he wrote. And we wanted to share that with everyone, putting our own twist on it.”

Sweet Cecilia is donating money generated from the album’s sales to the Al Berard Memorial Fund at the Community Foundation of Acadiana.

“We’re so proud to say that to date we were able to grant $80,000 to the arts and music community,” Huval said. “Music camps, scholarships, any organization that supports the arts and music, we’re there for them. The goal behind the album was to honor Dad and bring awareness to the foundation. But then, wow, we got nominated for a Grammy Award. We call it divine intervention.”

“That’s Tony Daigle magic,” she said. “But I will say this, too, we were so lucky to bring in my husband, Adrian Huval, to play accordion, and Kyle Hebert, who my dad taught to play fiddle. They loved Dad and had a strong connection with him. We knew they would pour their heart and soul into every note.”

Sweet Cecilia began work on “A Tribute to Al Berard” in 2018, four years after Albert “Pyook” Berard’s unexpected death at 53. Emotions surfaced during the sessions.

“We had some moments during the waltzes,” Huval recalled. “We had to stop. We couldn’t hold back the crying. But when we did ‘Chante moi une Chanson,’ it was a blast, because we remembered Dad’s spirit and how much fun we had playing that song with him. Speaking for myself, it was a healing project for me.”

Sweet Cecilia began as the backup band for the Al Berard Guitar Band. When Berard took a break, the future members of Sweet Cecilia stayed on the bandstand, singing their favorite songs in three-part harmony.

Huval, Rankin and Guidry have been singing together since childhood. Huval especially remembers the day her father returned from a five-week Basin Brothers tour. He cried when he heard, for the first time, his daughters and niece singing in harmony. The girls found singing role models in Heart’s Ann and Nancy Wilson, the Judds and Wilson Phillips.

The product of diverse influences, Sweet Cecilia is fine with being classified as an Americana band.

“Initially, we never played Cajun music unless we were playing with Dad,” Huval said. “We love Cajun music. It’s in our blood. But we love all kinds of music. When you put it all together — country, rock, bluegrass and mix in Cajun flair — that’s Americana.”

“A Tribute to Al Berard” is available at sweetceciliagirls.com and, in the Acadiana area, at Crawfish Town USA, LA Marketshops at the 115, Green’s Piggly Wiggly, T-Cochon, Chicken on the Bayou, Sunny Dee’s and Lagniappe Records.

When singer-songwriter James Dupré was growing up in Evangeline Parish, Cajun and zydeco music were part of everyday life. The same goes for h…