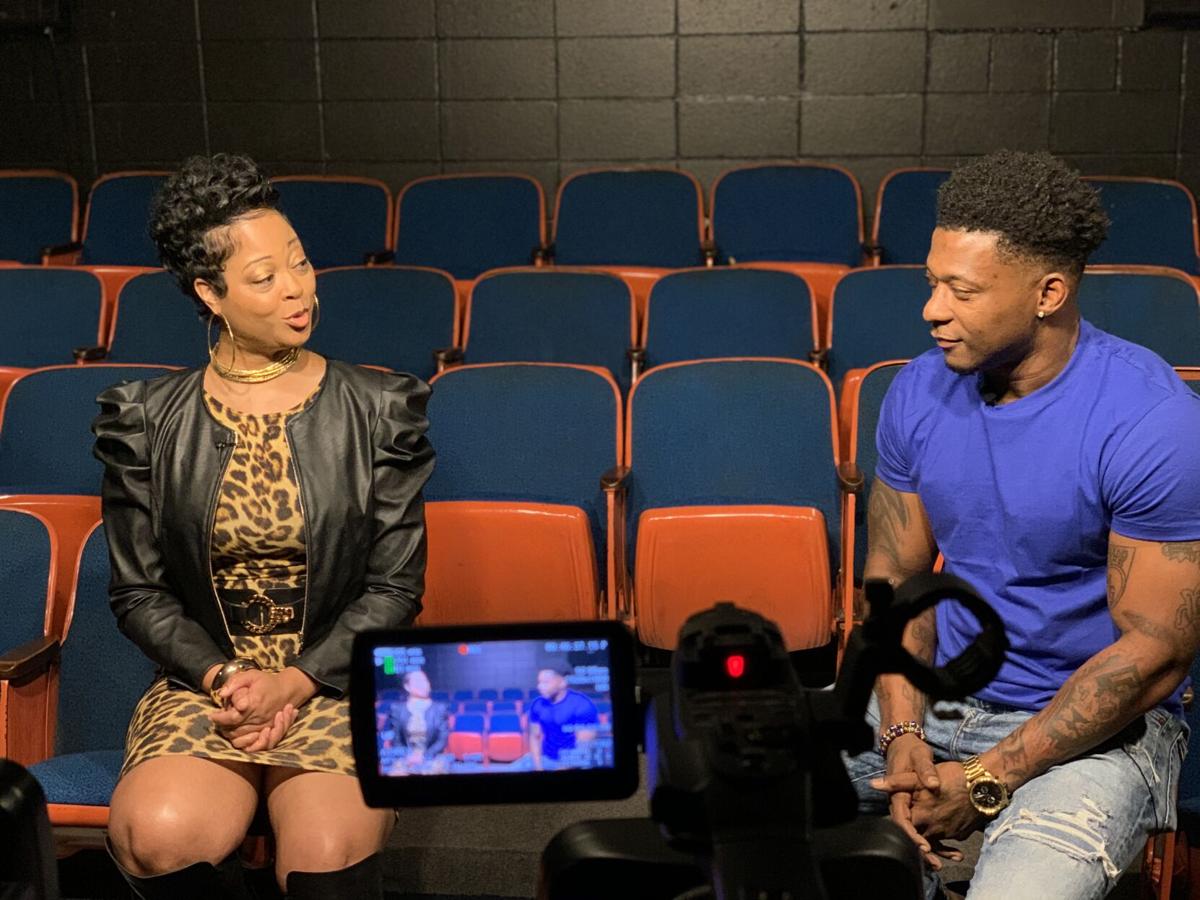 'Friday Night Flows' host Johnny Hustle chats it up with Tanika Morrison, owner of Chimes Boutique, inside UpStage Theatre for an episode of the new show. 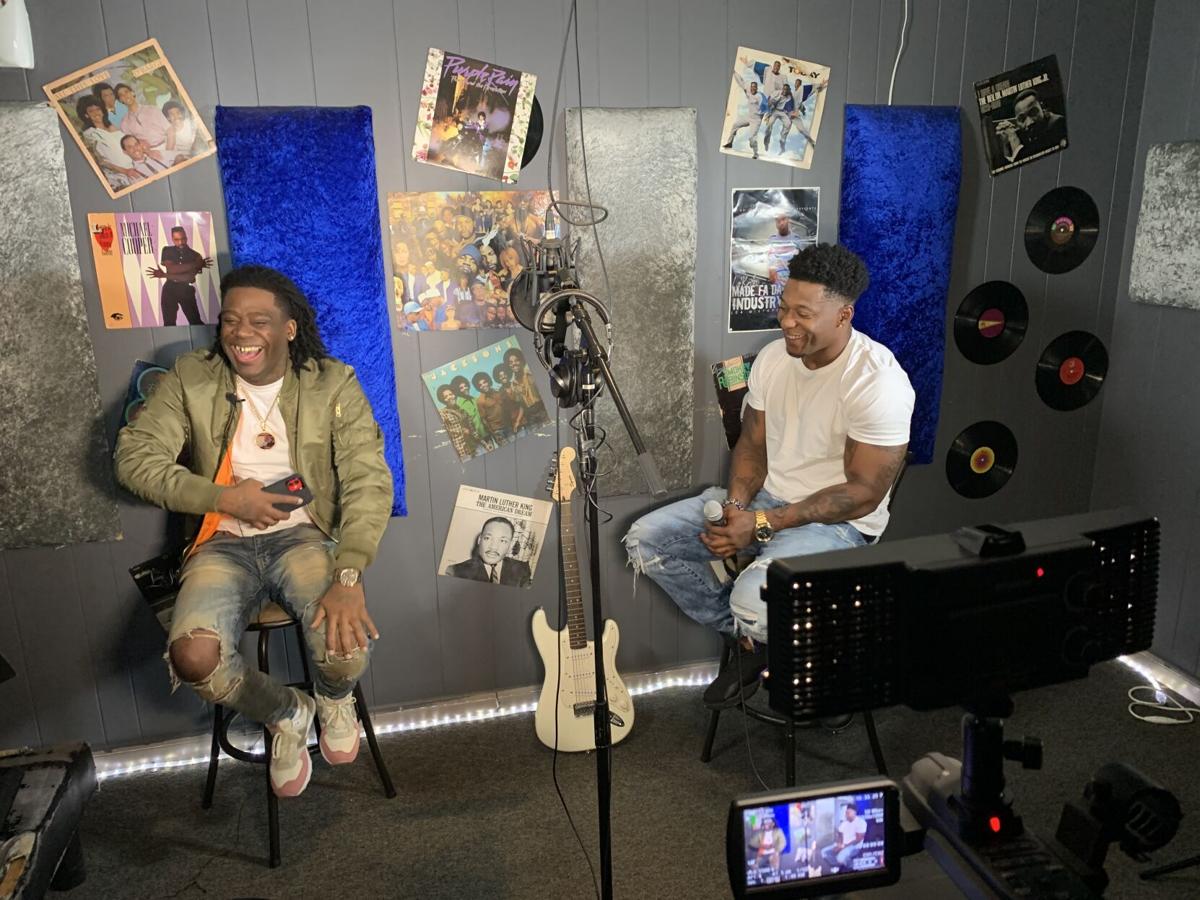 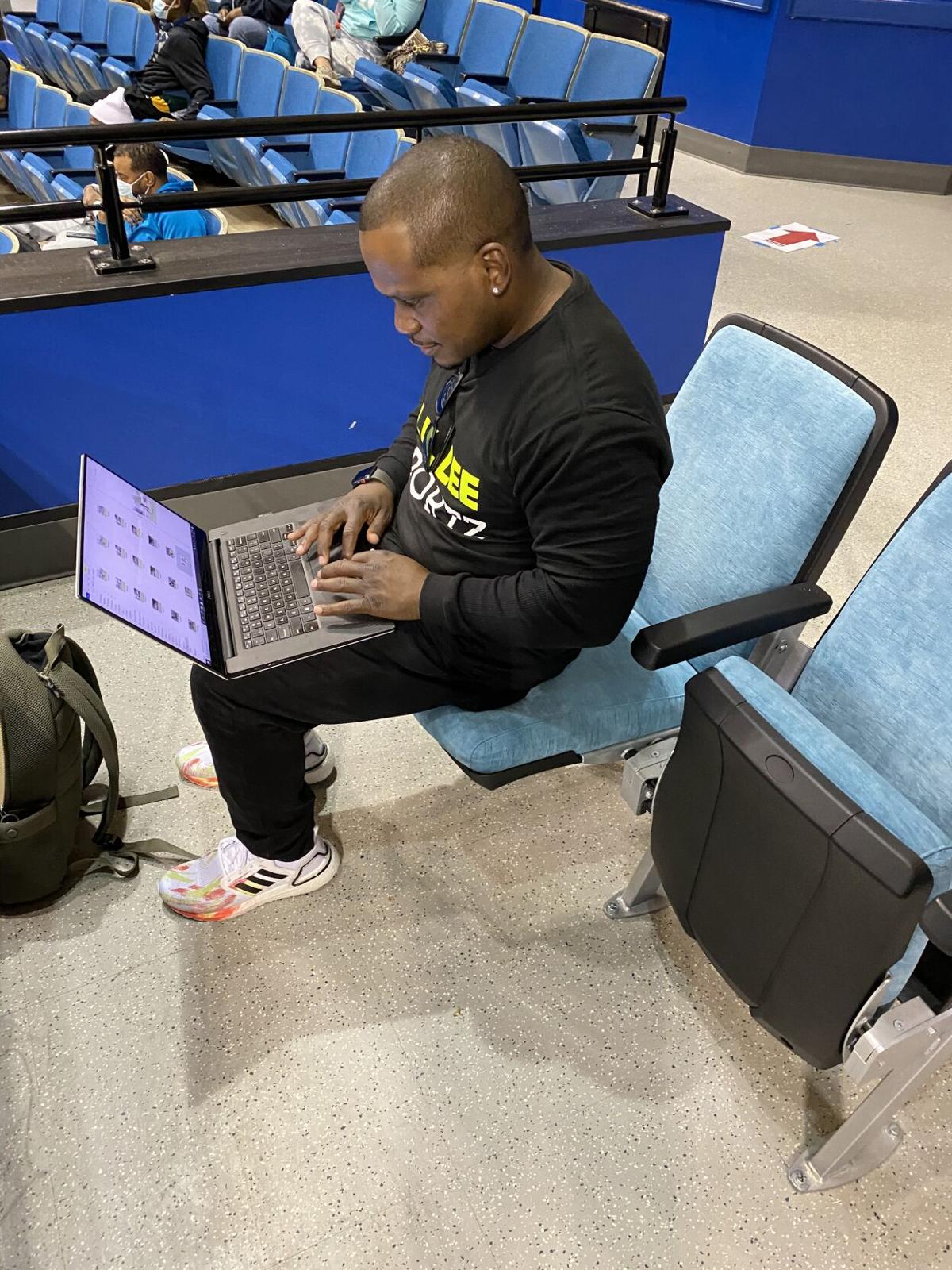 'Friday Night Flows' host Johnny Hustle chats it up with Tanika Morrison, owner of Chimes Boutique, inside UpStage Theatre for an episode of the new show.

The Baton Rouge rapper exclaimed, "I got my own TV show, Mama!" three times during the first 90 seconds of the new local music/entertainment/culture show's premiere Jan. 8. Pumped up by viewer response, budding host Hustle is back for more this week on the Friday night Madd Game Entertainment series airing at 10 p.m. on WBTR, Channel 36 (cable Channel 19).

"It started out slow, to me," the 37-year-old Hustle said of the show's early stages. "I guess when a lot of people saw that we were going forward with it … and the love and the sharing and the reposts that we had. I got people that I was trying to work with at one point in music — they are actually hitting me up, saying 'I want to get on the TV show.' Seriously. I'm happy."

Hustle teased that in Friday night's half-hour episode, he sits down with "one of the hottest young artists from Baton Rouge," the rapper known as Eatem. Add in some new videos from local music artists and a sports segment with J.K. Lee.

Thirty-six-year-old Lee is also a TV show newbie, but no stranger to the sports world.

"I've been around sports my whole life. I played ball in college. I grew up playing every sport," Lee said.

Switching gears from athlete to reporter took some time, he said.

"I had to get adjusted to it first, but now it's coming like second nature," Lee said. "It's something to feed my competitive spirit. Since I'm not able to play anymore, being able to cover sports still fuels that fire."

The new series is the fifth show for local production company Madd Game, which operates from studios at 1713 Wooddale Blvd.

"But Johnny does a lot on location, too," Turner, said, interviewing artists in their own spaces.

"The pandemic will actually probably help it with viewership, because with there not being a lot of things to do on the outside as far as with restrictions, more people are kind of having to watch TV or entertain themselves," Turner said. "Even if you look at the numbers for Netflix, you know, when the pandemic first hit, everyone was watching 'Tiger King.'"

Other "Flow" producers are Alexander Scott and Karna Granville, along with assistant director and production coordinator K.C. Byrd.

Want to be on 'Family Feud,' 'Kids Say the Darndest Things' or new fatherhood show? Here's how

"Family Feud," "Kids Say the Darndest Things" and a new series focusing on fatherhood are all accepting applications and online auditions now.