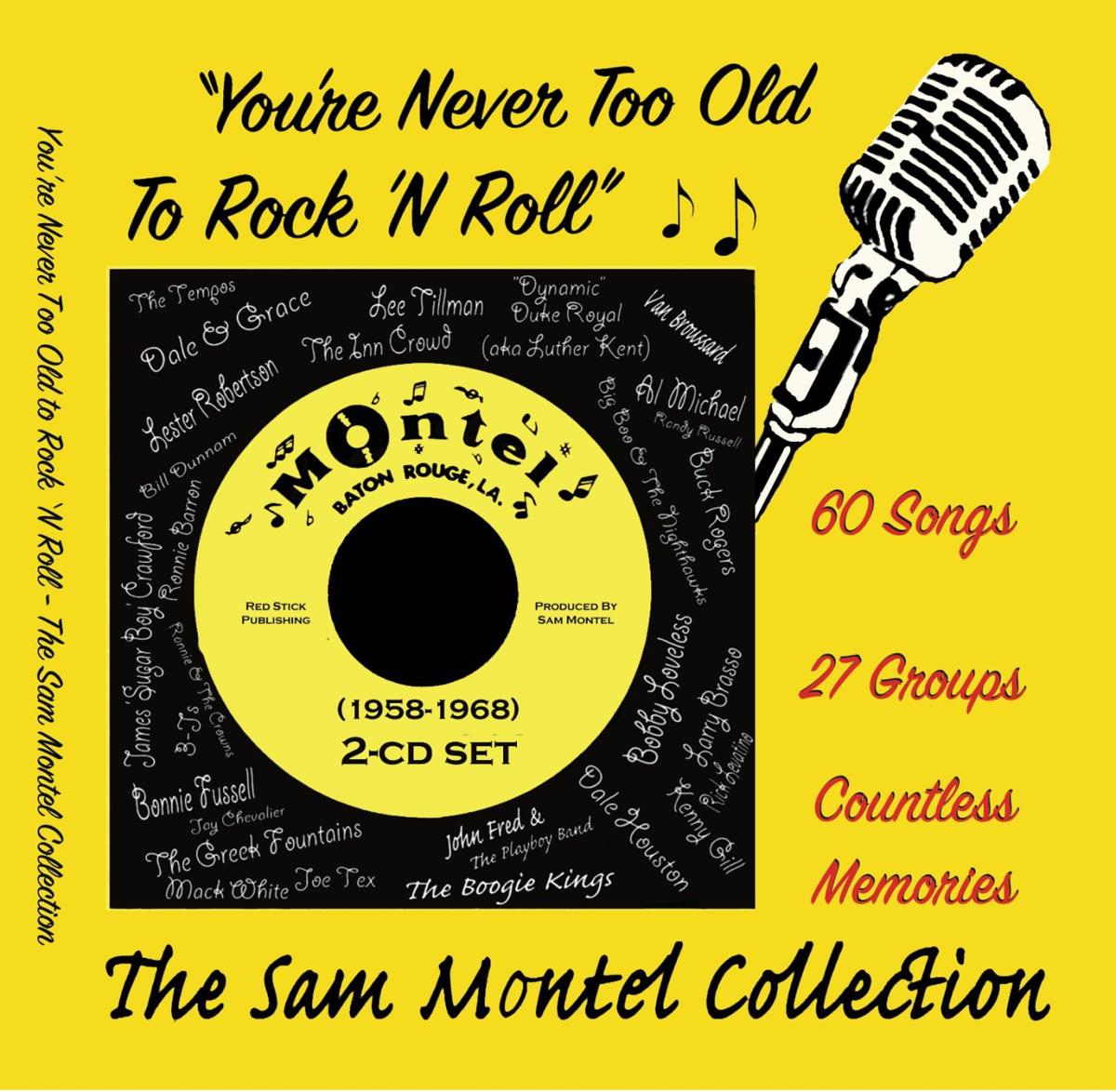 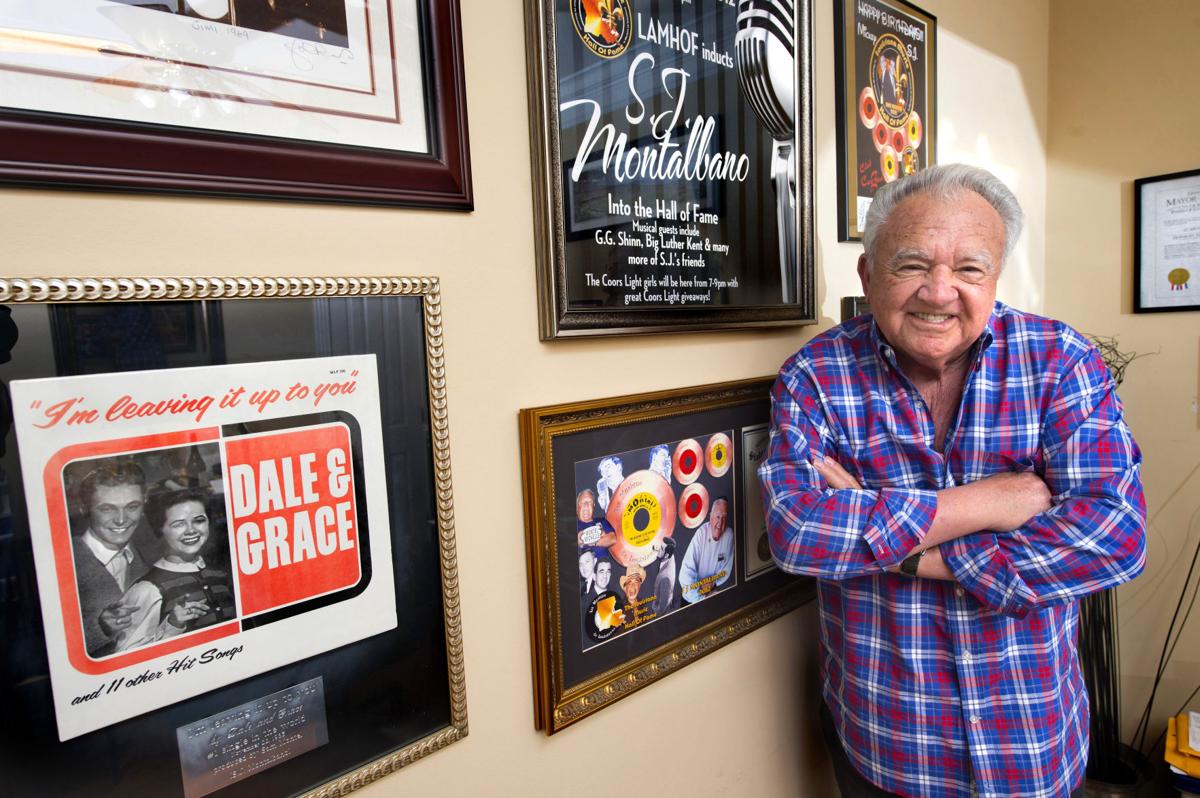 S.J. Montalbano, known as Sam Montel in the music business, cut records and promoted concerts for the likes of John Fred, Otis Redding, The Who and Jimi Hendrix. 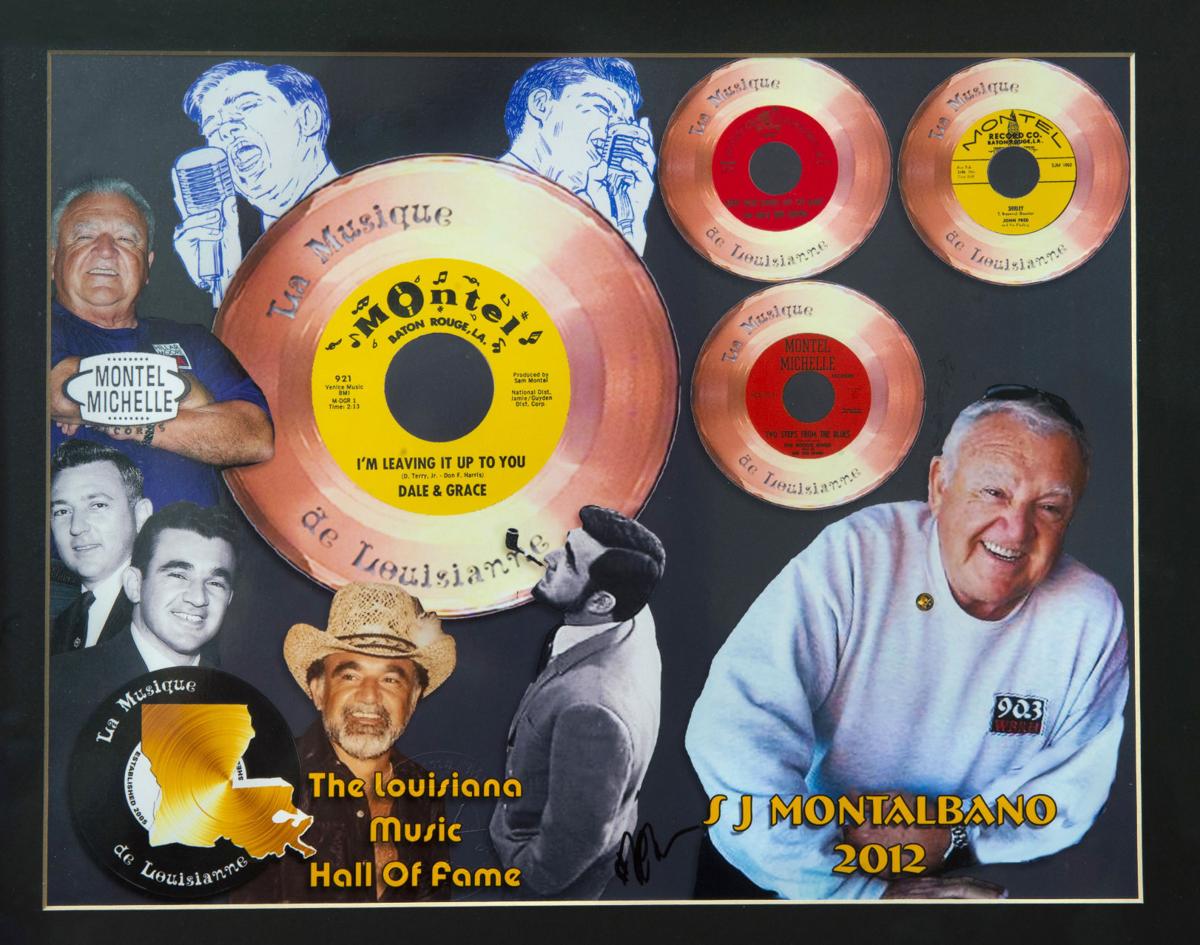 S.J. Montalbano and his brother Mickey Montalbano were inducted in 2012 into the Louisiana Music Hall of Fame.

S.J. Montalbano, known as Sam Montel in the music business, cut records and promoted concerts for the likes of John Fred, Otis Redding, The Who and Jimi Hendrix.

S.J. Montalbano and his brother Mickey Montalbano were inducted in 2012 into the Louisiana Music Hall of Fame.

Baton Rouge music producer and promoter S.J. Montalbano is stirring memories with a new two-CD set of recordings he produced and released from 1958 through 1968.

Leaving it up to him: S.J. Montalbano chronicles fascinating local music history in new book

Because Montalbano simplified his Sicilian surname to Sam Montel for the music business, “You’re Never Too Old to Rock ’n’ Roll” is subtitled “The Sam Montel Collection.” The release features such local classics as John Fred and the Playboy Band’s “Shirley,” Lester Robertson’s “My Girl Across Town,” James “Sugar Boy” Crawford’s “Danny Boy” and, of course, Dale & Grace’s No. 1 national hit from 1963, “I’m Leaving It Up to You.”

Other favorites in the collection include the Boogie Kings’ “Crying Man,” Bobby Loveless’ “Nite Owl” and Lee Tillman’s rendition of Art Neville’s Allen Toussaint-penned “All These Things.”

Montalbano, 82, and artists whose recordings he produced will sign copies of “You’re Never Too Old to Rock ’n’ Roll” from 1 p.m. to 5 p.m. Sunday at Sacred Heart Catholic Church. Billed as “Back to the CYO,” the event is taking place at the CYO Center and gym, the site of hundreds of Montalbano-staged dances during the 1950s and ’60s.

Montalbano came of age during the golden age of rock ’n’ roll. He loved dancing to the music.

“I felt the music,” he said last week. “A lot of my friends were athletes who weren’t involved in the music like I was. I felt the soul of it.”

Neither a singer nor a musician, Montalbano also felt a different kind of musical calling.

“To put it together, produce it, put it on the market for the public,” he explained. “Just like a show. When you book a big concert, you’re putting it out there to see if the people will appreciate it the way you do.”

Muffoletto’s work for Montalbano’s book, “I’m Leaving It Up to Me,” led them to “The Sam Montel Collection.”

“My big thing about the book was that it’s Baton Rouge music history that everybody needed to know about,” Muffoletto said. “And it’s the same thing with the music. If you don’t have the original vinyl records, chances are you haven’t heard some of these songs in 50 or 60 years.”

“The CD could do better than the book because it’s a broader range,” he said. “People in England love the music from down here in the South, from the ’50s and ’60s. This is a blend of swamp pop, rock, even getting into the later stuff by the Inn Crowd and the Greek Fountains, from ’67, ’68, that newer sound.”

“I’d booked enough bands to get familiar with how they think,” he remembered. “I wanted to record music and put the talent on a world stage. So that’s why I started Montel Records. I got my older brother, Mickey, involved because he had money.”

The late Harold Cowart, a schooled musician, helped Montalbano realize his dream in the recording studio.

“I told Harold whatever I was feeling and he’d put it to music,” Montalbano said. “Harold was a great musician.”

In the end, however, Montalbano ultimately was the visionary young man who brought the music to music lovers in south Louisiana and beyond.

"It makes me feel good that I produced that," he said. "That's the way I always felt. I really enjoyed that part, making it all happen."

S.J. Montalbano, a local legend in the music business and beloved character about town, has died. He was 84.